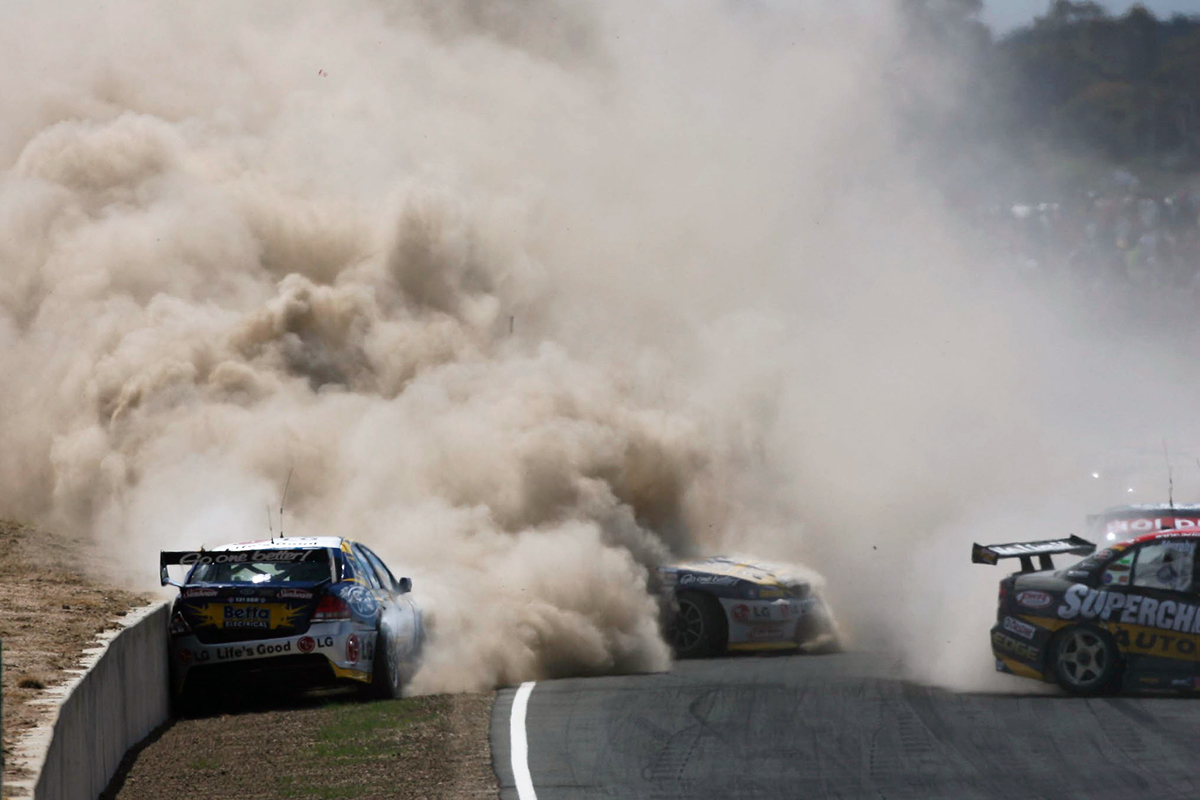 Jamie Whincup may be the most successful driver at Symmons Plains, but his first visit at the Tasmanian venue as a Triple Eight didn’t last more than 30 seconds.

The 2021 season’s next venue was the scene of one of Whincup’s biggest accidents, coming just weeks after the then 23-year-old clinched his maiden Bathurst win alongside Craig Lowndes.

Whincup took the reins of the Bathurst-winning Triple Eight Ford Falcon for the Tasmania event, with teammate Lowndes moving into a newly built Falcon.

Within seconds of the first race of the 2006 event, both Betta Electrical Falcons were left damaged in a dusty dust-up, with Whincup and Greg Murphy forced out of the weekend.

Ahead of the Beaurepaires Tasmania SuperSprint, Supercars will premiere the dramatic race on SuperArchive across the offical YouTube channel on Sunday evening.

The high-speed accident happened on the same stretch of tarmac that saw 12 cars reduced to rubble in wet conditions 11 years later, with Will Davison suffering a back injury. 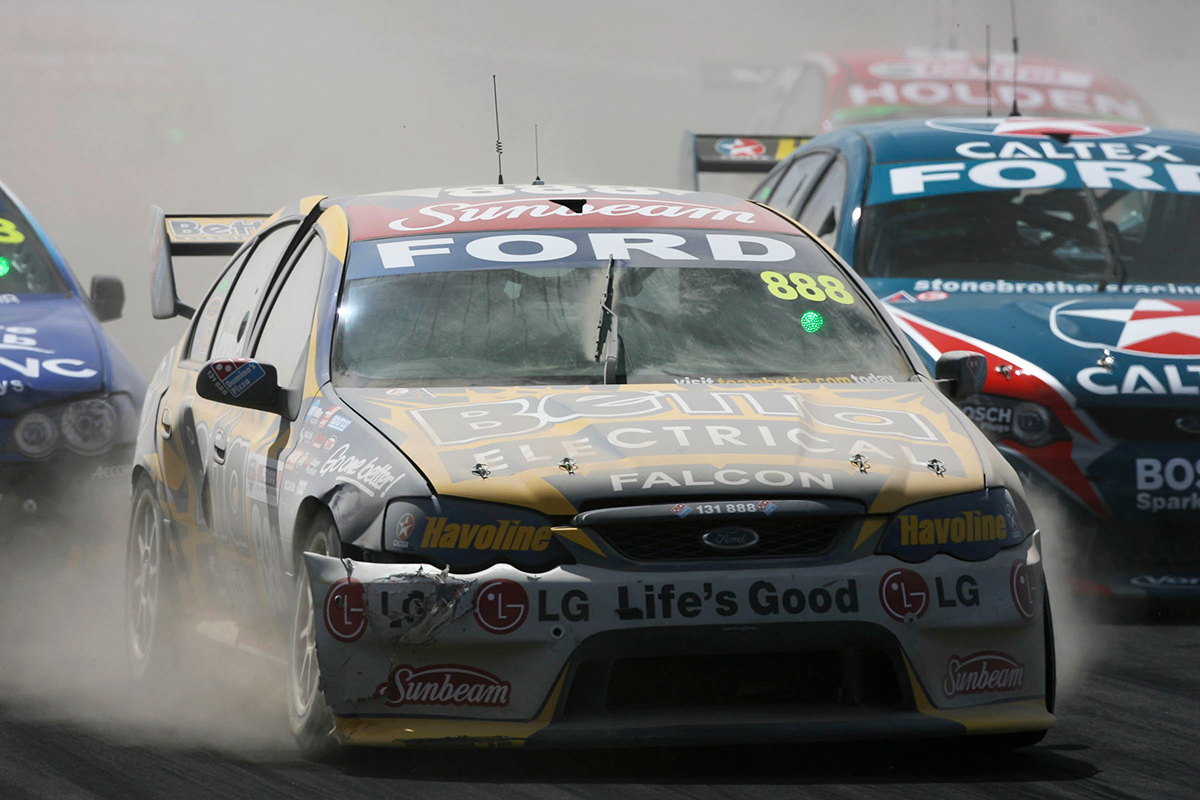 In 2006, dry, hot conditions saw the apron of the circuit resemble little more than dust and sand.

Whincup made contact with Paul Dumbrell, with the #88 Betta Electrical Falcon sent into the outside concrete at nearly 200km/h.

A dense dust cloud blinded the chasing pack, with Murphy and championship hopeful Lowndes affected worst of all.

Murphy’s Commodore fired into the inside Armco barrier, with Lowndes spun around in front of the field.

Lowndes returned to the pits to have a damaged front splitter replaced, but it was day - and weekend - done for Whincup and Murphy.

At the time, Whincup claimed he had suffered the biggest hit of his career, which was later rivalled by his horror Hamilton smash in 2008. 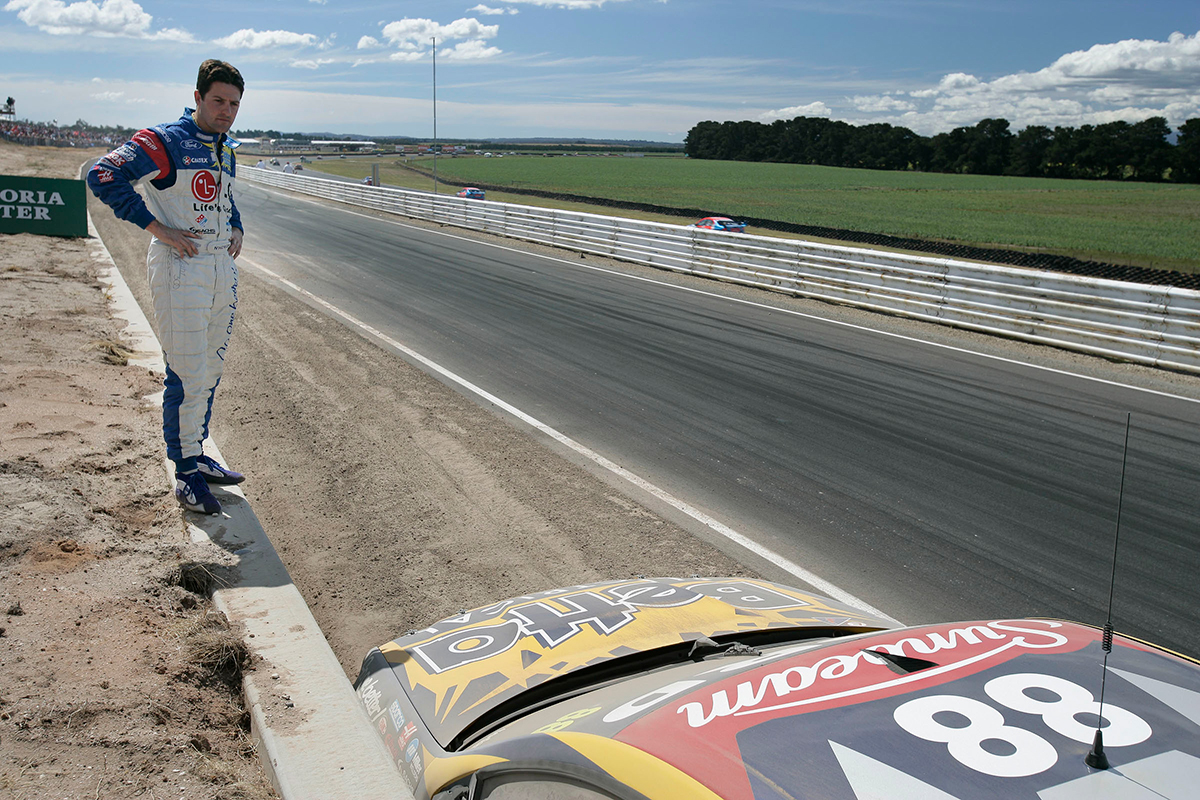 "The car has some substantial structural damage and we won't be able to fix it in time for tomorrow's races,” he said after the accident.

"I pride myself on looking after any car that I race so I am shattered at the state of our Bathurst winning car.

“That was without a doubt the biggest hit of my career.”

Jason Bright went on to win the race ahead of Ford Performance Racing teammate Mark Winterbottom and Rick Kelly, with fourth-placed Garth Tander returning on Sunday to win both races and the round.