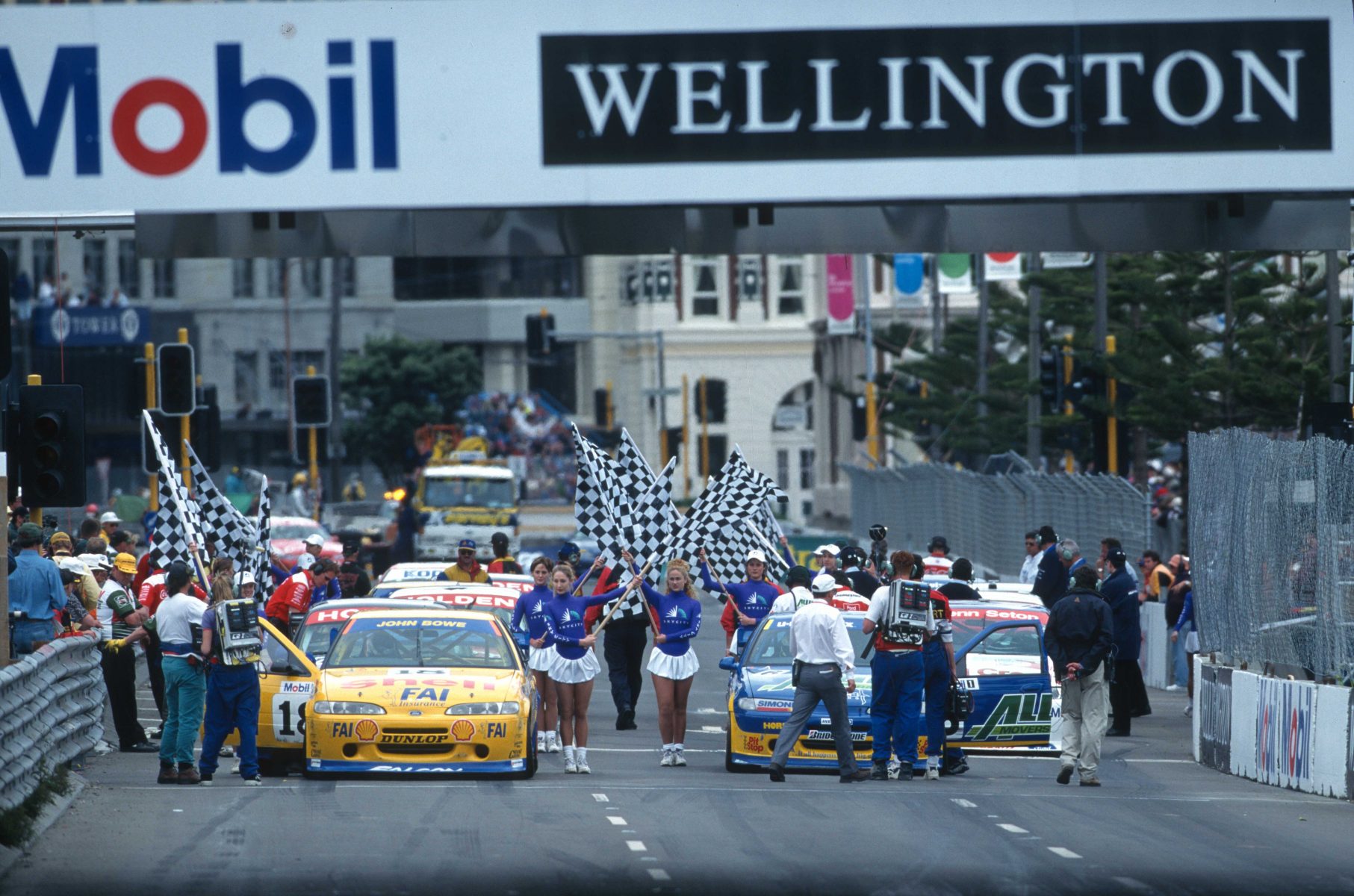 Greg Murphy’s success in the Virgin Australia Supercars Championship’s early visits to New Zealand are the stuff of legend.

He won the first three championship rounds held in the country, at Pukekohe, from 2001-03 aboard Kmart Racing Holdens, before again winning the round in ’05 with Paul Weel Racing.

Those years accelerated Supercars' popularity in NZ, and inspired the next generation of drivers that included 2018 title contenders Scott McLaughlin and Shane van Gisbergen.

The seed for Supercars’ growth across the Tasman, and Murphy’s own incredible run on home soil, had however been sewn the previous decade.

Being non-championship and ultimately proving a one-off, the 1996 Mobil NZ Series is an oft-forgotten – and undoubtedly unique – piece of history, bridging the gap between eras. 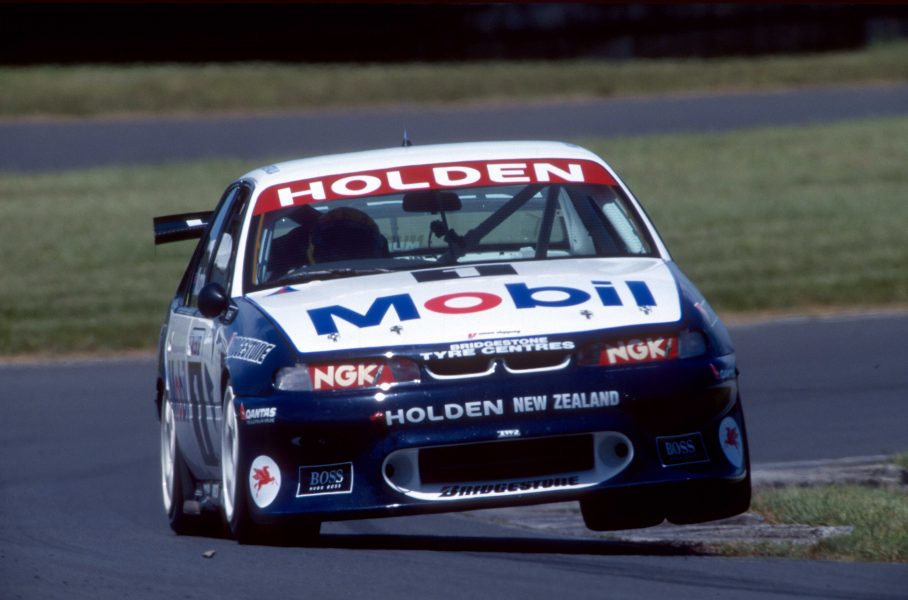 In the late 1980s and early 90s, the Nissan Mobil Series had drawn Group A touring car teams from Australia and Europe each summer, racing at Wellington and Pukekohe.

But the death of the international rules at the end of 1992 proved a major blow and, after two years open to various other machinery, including 2.0 litre cars, the series was cancelled.

Run in November, the 1996 Mobil NZ Series brought 12 Supercars not only to Pukekohe, but to a revived version of the Wellington street circuit, for what turned out to be one last blast.

In a perfect scenario for Mobil NZ, which was the promoter as well as sponsor of the series, Murphy slotted into the Holden Racing Team in place of Craig Lowndes.

Murphy had teamed with Lowndes to win Sandown and Bathurst, and was at the time expected – but not yet confirmed – to replace the Formula 3000-bound Aussie in ’97.

He joined Peter Brock at the HRT, with other Holden entries from Wayne Gardner Racing, for Gardner and Neil Crompton, and the Castrol cars of Larry Perkins and Russell Ingall. 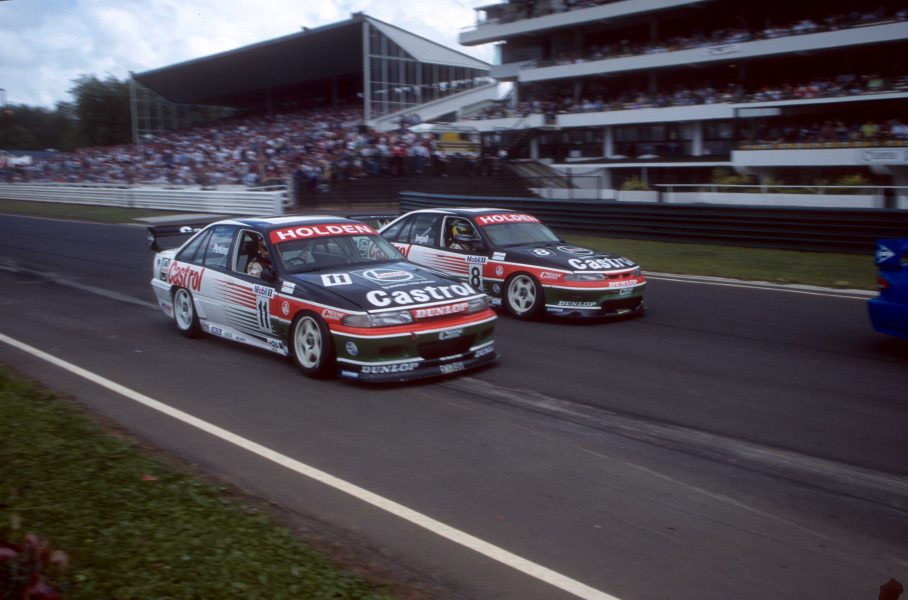 The Castrol team ran a VP and a VR

The Ford line-up was also headlined by a Kiwi; Paul Radisich having secured a deal to slide into the second Alan Jones Racing Falcon.

At that point a front-runner for Ford in the British Touring Car Championship, it would mark Radisich’s first V8 races since the 1994 Bathurst 1000.

To the delight of the home crowd, Pukekohe proved a Murphy benefit, taking pole and sweeping all three 20-minute sprint races.

Even a slow start to Race 2, which dropped him behind Seton and Brock, proved only a temporary set-back; Murphy back in front by the fourth lap.

Elsewhere there had been carnage. A touch between Bowe and Crompton in Race 1 shot the Coca-Cola Commodore into a luckless Perkins’ left-hand doors.

Crompton was out for the day, while Perkins’ car – the older VP model he’d also run at Bathurst – wore panel damage for the rest of its NZ adventure.

In a shocker for the Coke team, Gardner suffered a tyre failure rounding the final turn, spinning him into the outside wall and out of the weekend.

Behind the dominant Murphy, consistency netted Bowe and Johnson second and third for the day, making the most of their mix of Japanese and British-sourced Dunlop rubber.

Tyres were the big talking point in Supercars at the time, with a push for a control tyre – which would not arrive until 1999 – in full swing. 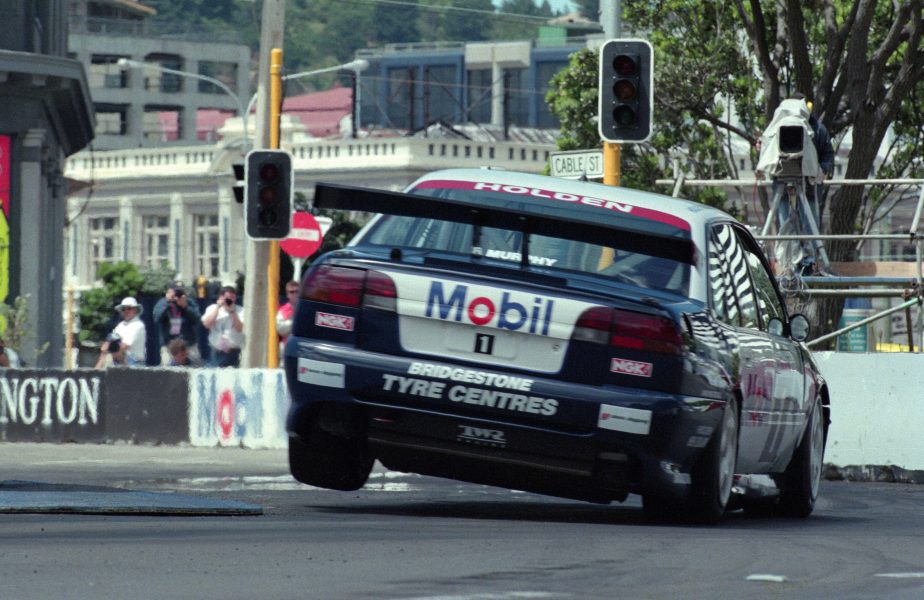 The Supercars ran on a revised Wellington layout

Bowe defied expectations of a Bridgestone benefit by proving the dominant force on the streets of Wellington, taking pole, winning the opening two heats and the round.

To the delight of another vocal home crowd though, Murphy again proved the hero, fighting back from a practice crash to win Race 3 and narrowly defeat Bowe for the series win.

In truth, the revised track layout was too tight for the Supercars, with multiple first-gear sections and passing nigh-on impossible.

Murphy made no ground from sixth on the grid in the opener, before rising to third in Race 2 with a series of daring moves into and out of the hairpin.

That meant he needed to make up just one more spot in the final to take the series, even if Bowe won again.

He did more than that, making short work of second-place starter Crompton – who secured a fine third for the round – before also finding a way past Bowe. 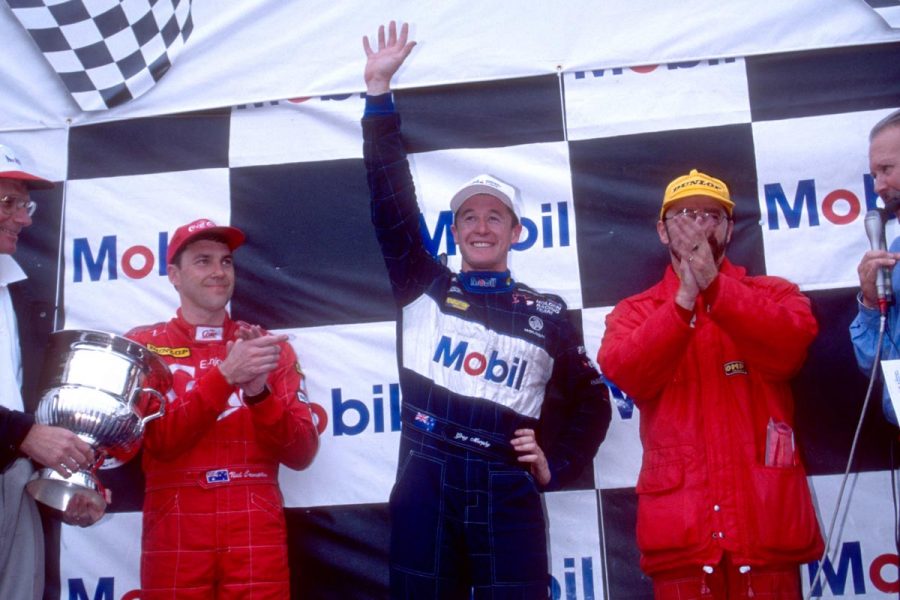 Crompton, Murphy and Bowe on the Wellington podium

Carnage again struck in the final – Peter Brock making heavy contact with the wall after a hip-and-shoulder from Tony Longhurst, whose Castrol Ford had suffered a stuck throttle.

A heavy clean-up at full restart resulted, meaning the race was delayed until nearly 6pm.

The fact the local television broadcaster delayed its nightly news bulletin by half an hour to show the finish said it all.

Kiwis were in love with Supercars, and their new messiah Murphy.

Adding to their joy was the fact Radisich stormed to second in the final race, giving a glimpse of his potential behind the wheel of a V8. 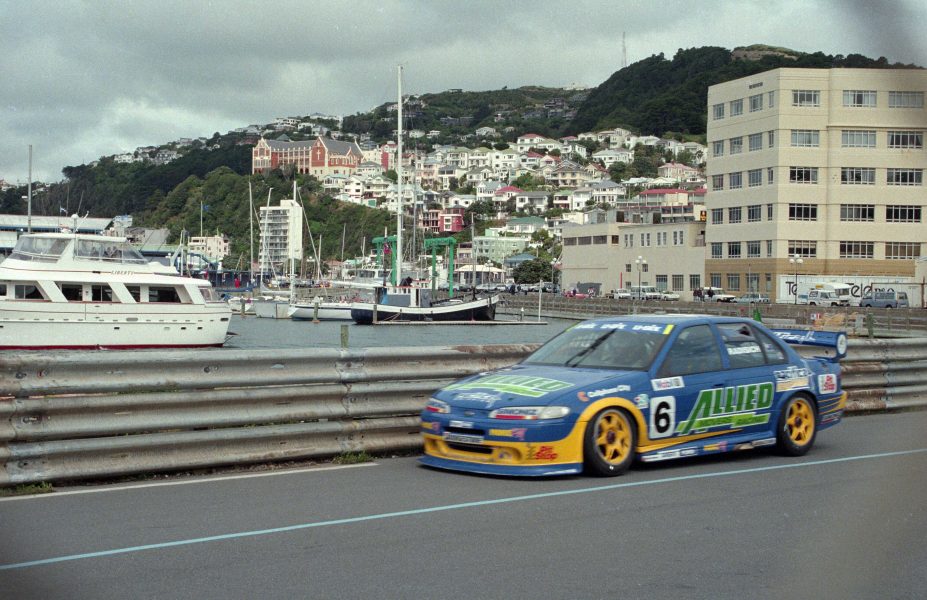 Radisch mixed it with the Supercars regulars

While a four-year deal between the newly-formed AVESCO and Mobil NZ for more Supercars action across the ditch was agreed in principal, it was not to be.

Wellington was no longer viable as a street circuit and it would take until 2001 before Pukekohe rejoined the calendar, this time for championship points.