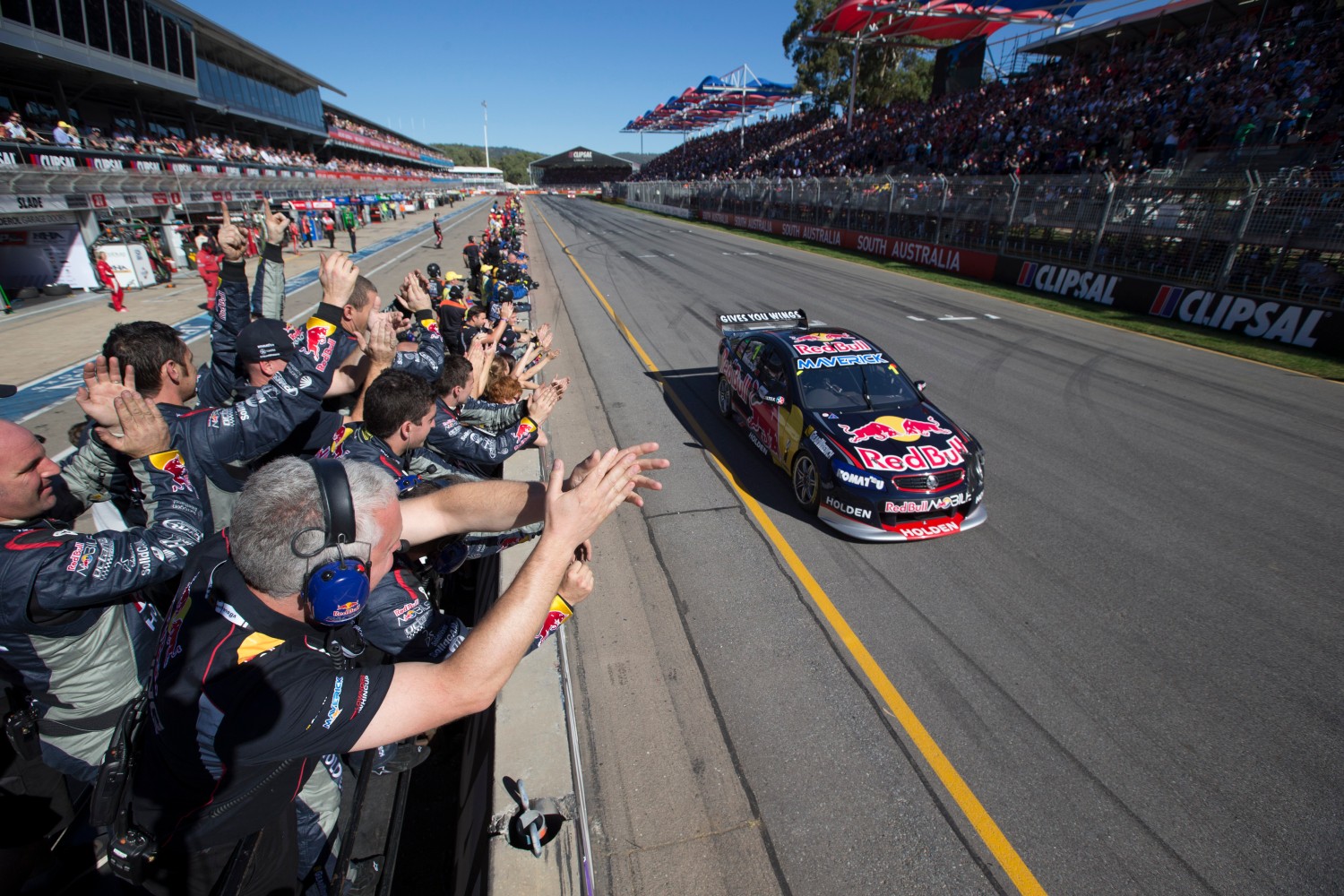 Triple Eight Race Engineering and Red Bull have enjoyed a decorated relationship, with the team-sponsor combination entering its ninth season.

The team took the covers off its 2021 challenger on Friday, with petroleum company Ampol joining Red Bull as co-naming rights sponsors.

In 2013, Red Bull made an impact in its very first Supercars appearance with Triple Eight, with Craig Lowndes securing a crushing and historic victory in Adelaide.

The first race of the 2013 season was the first of the Car of the Future era, and Stone Brothers Racing exile Shane van Gisbergen loomed to complete an immediate upset for Tekno Autosports.

However, van Gisbergen bogged down off the line from pole, and Ford Performance Racing's Mark Winterbottom took the lead. However, Winterbottom quickly struck drama of his own, with his Falcon slowed by gearbox issues.

That vaulted Brad Jones Racing's Fabian Coulthard into first place, but he was jumped by Lowndes and Triple Eight team-mate Jamie Whincup at the first round of stops.

With van Gisbergen and Winterbottom out of contention, Lowndes set about building a comfortable margin in the second stint.

Whincup battled to hold Coulthard behind, while FPR's Will Davison was quietly making ground after undertaking a long first stint.

With fuel in hand, Coulthard jumped Whincup, but he was resigned to 19th at the flag after he suffered brake problems with 15 laps remaining.

All the while, Lowndes had found a rhythm no one could match, with the #888 Red Bull Commodore continuing to drive away from the field.

Lowndes went on to claim victory by a staggering 20.52 seconds in front of over 80,000 spectators, with runner-up Davison 11 seconds ahead of Whincup. 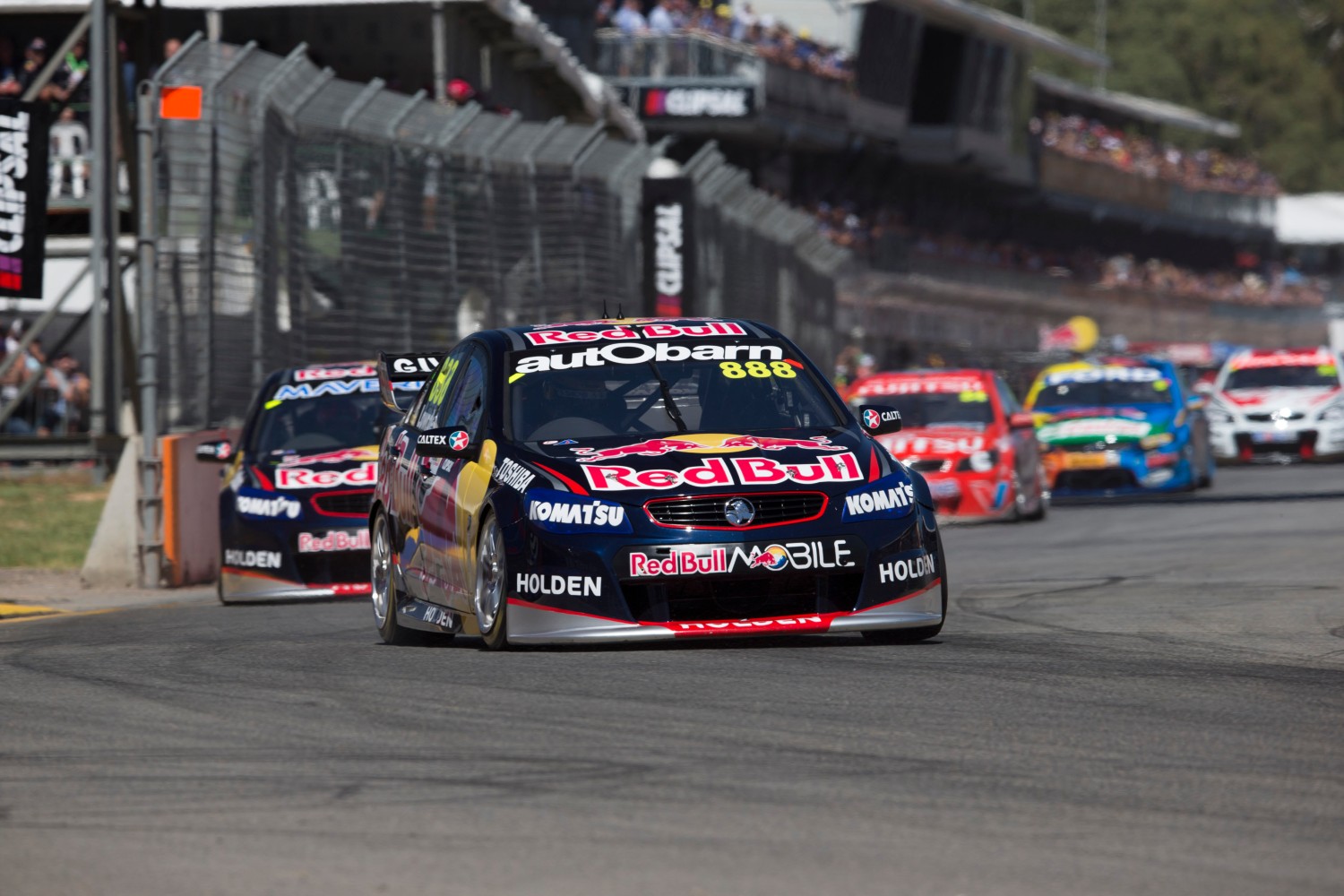 Just 13 cars took the chequered flag on the lead lap in the race, which was uninterrupted by the Safety Car.

It was the third instance in Adelaide that an entire race had run green for its entirety.

For Lowndes, the win meant so much more; it was his 90th career victory, helping him draw level with Mark Skaife at the top of the all-time Australian Touring Car Championship/Supercars Championship race winners list.

"It's been sensational," he said after the race. 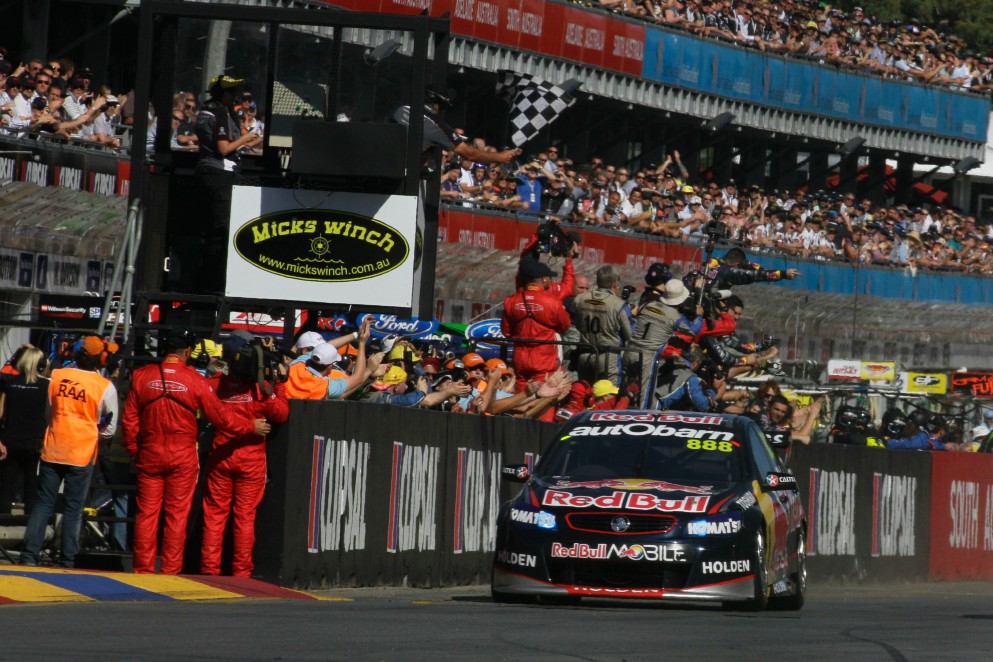 "It's been a hell of a Christmas for the team at Red Bull Racing Australia. To get out here in front of the massive crowd is sensational.

"I think [the COTF car] suits my style a bit better than last year. I can throw it through the corner and look after the tyres.

There was more to come in 2013, with Lowndes claiming a record 91st victory in Perth two months later. Skaife was the first to congratulate him. 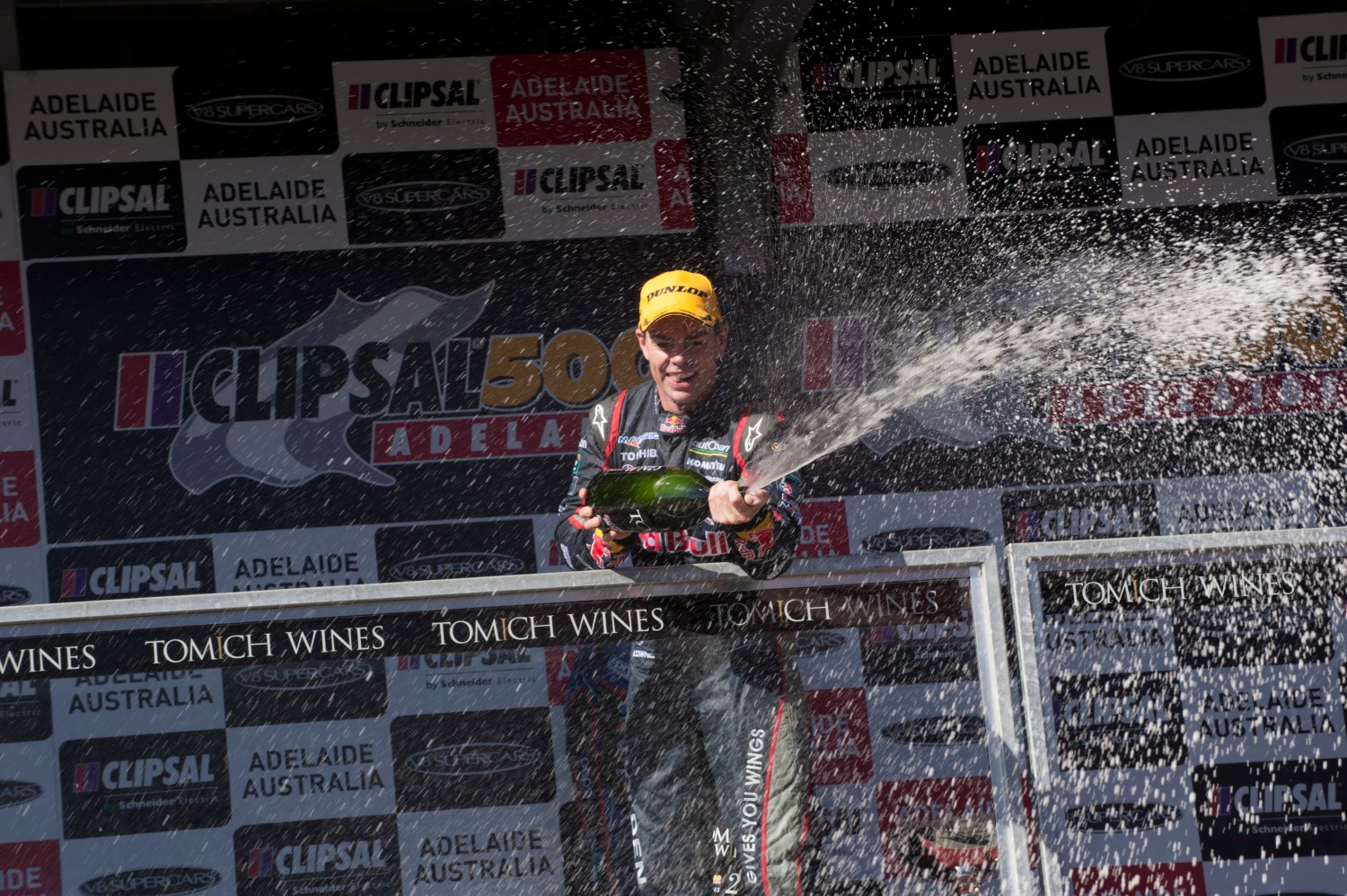 To 2021, Red Bull-backed Commodores have won 102 races and have taken 80 pole positions.

Can Red Bull Ampol Racing add more to its list in 2021?

The Holden squad will hit the track at next month's Repco Mt Panorama 500. Tickets are on sale now.