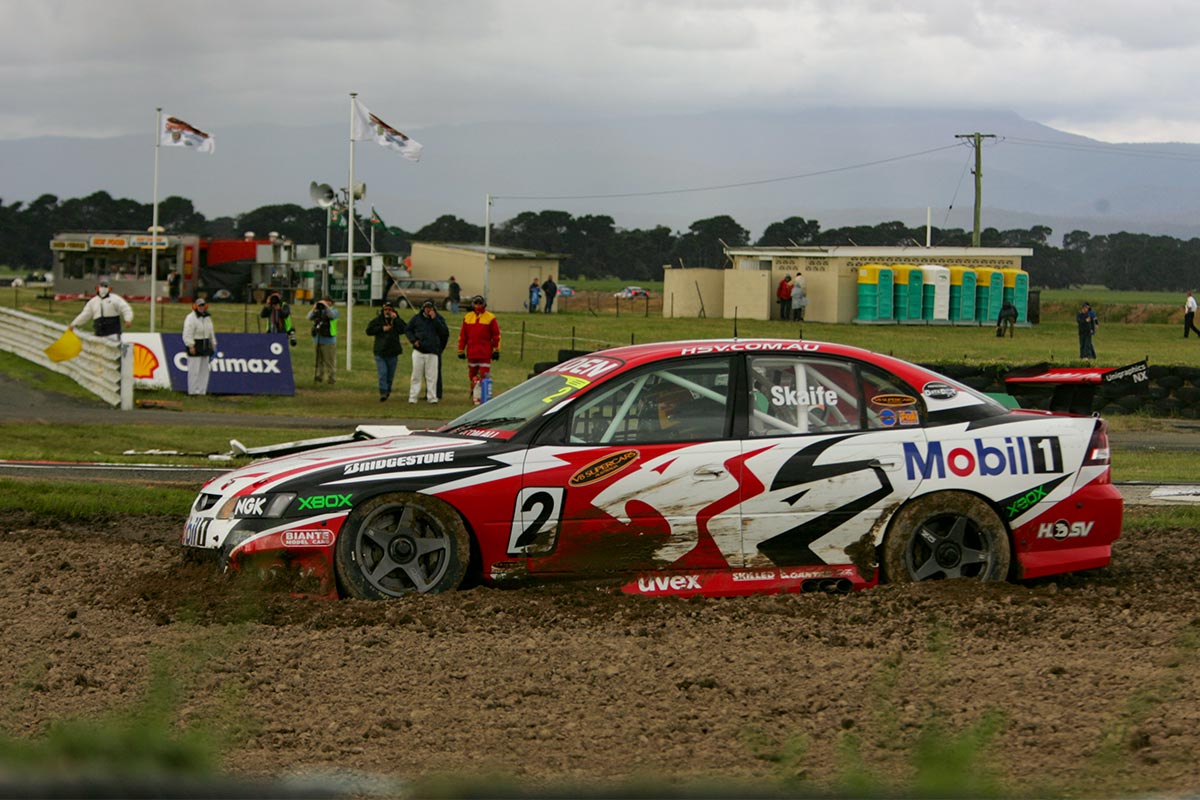 Symmons Plains will host its 48th championship round this weekend, returning to the series following an unbroken run between 2004 and 2019.

The 2004 event was the first in five years at the Launceston circuit, with Supercars premiering all three races of the weekend on its SuperArchive channel on YouTube.

Race 1 of the weekend saw the continuation of the Mark Skaife-Russell Ingall rivalry, which reached its major flashpoint at the 2003 Eastern Creek finale.

The 2004 season was a struggle for Skaife, who won two races en route to a lowly 12th in the standings.

Ingall vaulted to second behind Stone Brothers Racing teammate and eventual champion Marcos Ambrose, winning the Tasmanian round despite failing to win a race.

Late in Race 1, as rain began to fall, Ingall was hung out at the exit of Turn 7 by Craig Lowndes, with Skaife joining the battle.

On the run to the Turns 1-2 complex, Skaife gained an overlap on the #9 SBR Falcon. 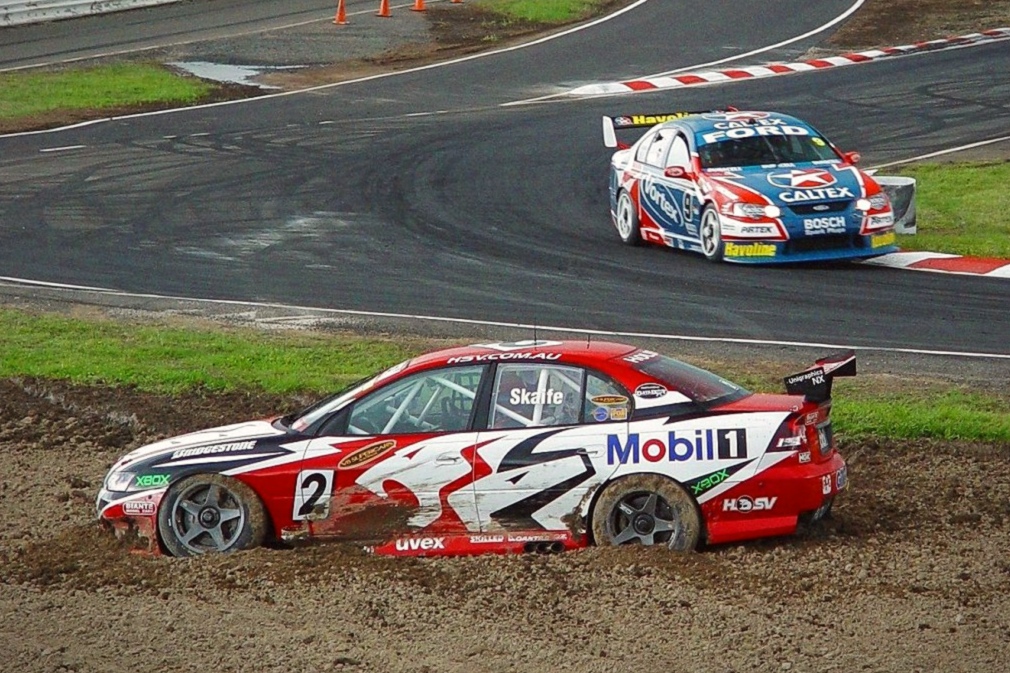 Battling at the backend of the top 10, the duo made side-to-side contact, Skaife forcing his brand new Holden Racing Team Commodore down the inside.

In the slippery conditions, Skaife ran long, leaving Ingall with little option but to ran wide and delay his turn-in.

When he did, Ingall helped Skaife into the sodden sandtrap, with the HRT entry immediately beached.

Local yellow flags were waved, meaning Skaife was resigned to retirement; he would fail to finish Sunday’s Race 2 after he was caught up in an incident between Paul Weel and Max Wilson.

Ingall escaped sanction and finished seventh, before a pair of fifth-placed finishes on Sunday, coupled with dramas for his closest rivals, helped him to overall round honours.

Race 1 of the 2004 event will premiere on the SuperArchive channel at 6:30pm AEST.