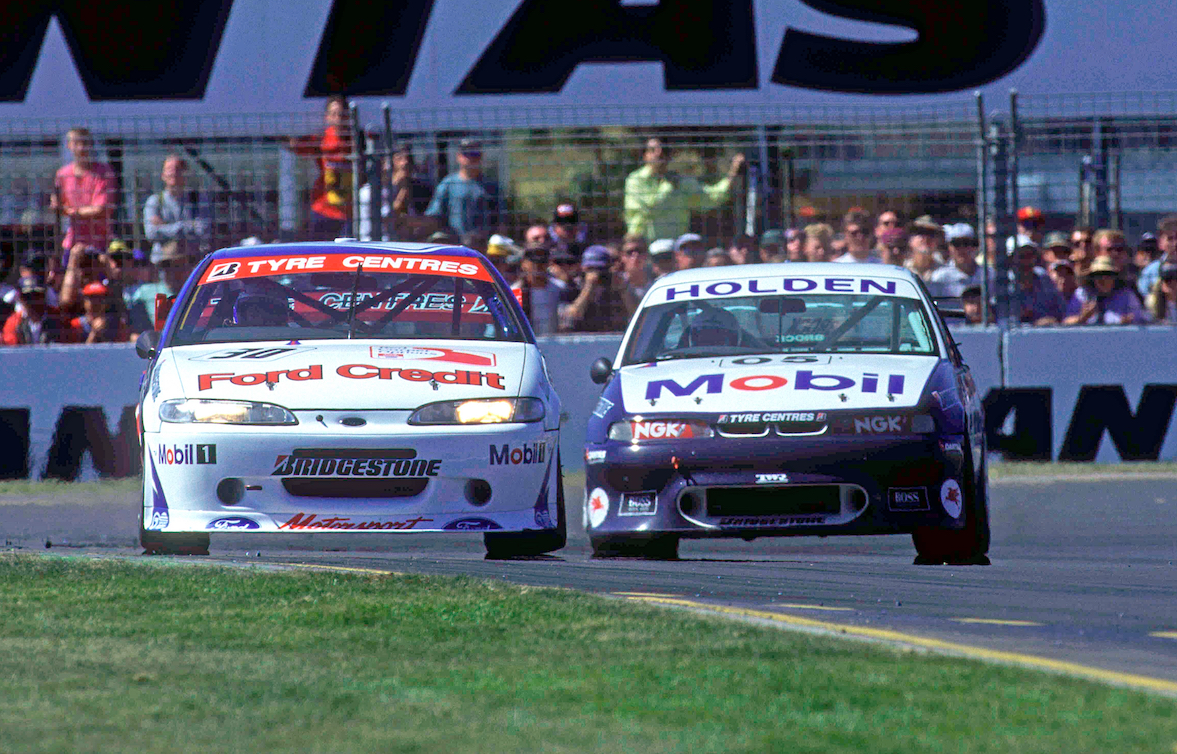 Albert Park’s elevation to Virgin Australia Supercars Championship status for 2018 comes in the category’s 22nd appearance at the Melbourne venue.

Aside from 2007, when Supercars skipped the event, the Australian tin-tops have been a key feature of the Formula 1 weekend.

They were in fact the first cars on track in March 1996, to christen the street circuit that replaced Adelaide as Australia’s F1 host.

After the year’s first three ATCC rounds, a 30-car field assembled for Albert Park, where then-rookie sensation Craig Lowndes would again face-off against the established stars.

The youngster, though, would be on the back foot from the outset, missing practice due to a throttle problem before, impressively, managing fifth in qualifying while learning the circuit.

Glenn Seton, Tony Longhurst, Peter Brock and Mark Skaife shared the first two rows for the inaugural Saturday race, which at 10 laps loomed as a real test of tyres and brakes.

The race proved a thriller as, with ailing rear tyres, Seton held out Brock – the cars making side-to-side contact on the final lap as the Holden hero fought for a way through. 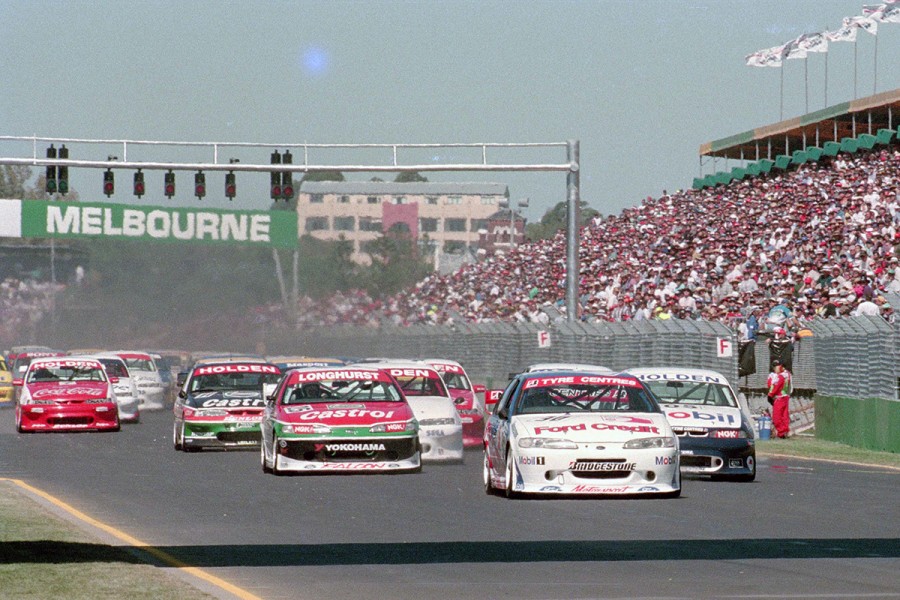 Seton leads the field away in Race 1

It all went wrong for Seton at the start of Sunday’s six-lap dash, the Ford Credit Falcon remaining stationary as the field blasted away.

Seton had been caught out by the FIA light procedure that used a different set of starting lights to the previous day.

Brock and Bowe were left to battle it out for the win, with the Shell Ford getting the upper-hand before brake troubles led to him spearing off at Turn 6.

Seton recovered to third ahead of Russell Ingall and Skaife, while Lowndes was a retirement after a fraught race.

The HRT star collided with Larry Perkins and John Faulkner, the latter making his first Supercars start, before eventually tagging the Turn 6 tyre barrier and coming to a halt.

While the weekend was somewhat disastrous on-track, the then 21-year-old Lowndes had bigger things on his mind.

His full-time ATCC career was only three events old, but Lowndes and his manager – Tom Walkinshaw – were already hatching plans for the Aussie to have his own crack at F1. 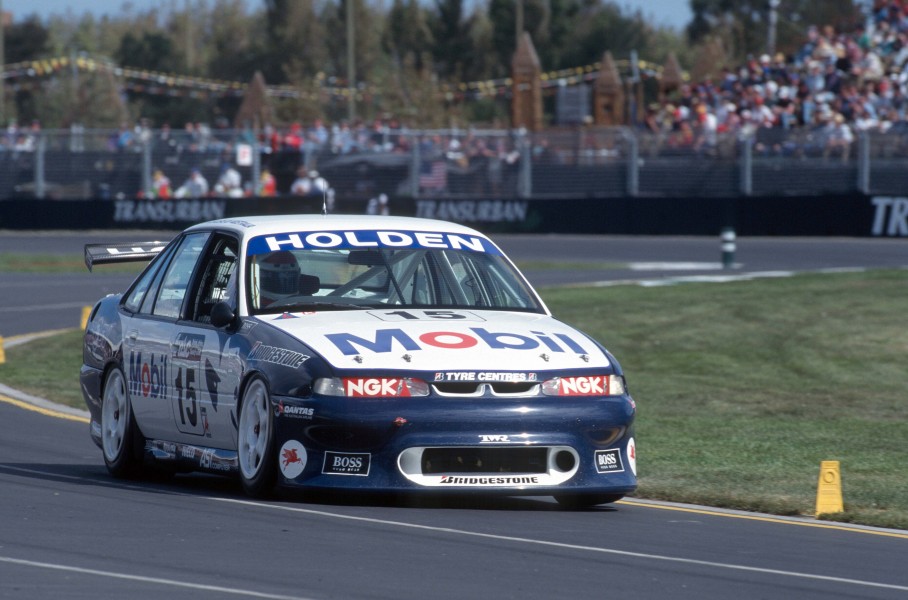 Lowndes through Turn 2 at Albert Park

As owner of HRT and the Arrows Formula 1 team, Walkinshaw gave Lowndes his first taste of the F1 paddock between the Supercars track sessions.

“It was an important weekend to get my head around what Formula 1 looked like and what could have been the potential,” Lowndes told Supercars.com ahead of the 2018 event.

“It was a big eye-opener, seeing how they operated and who was who in the zoo with Tom and the other big players.

“There was a lot of talk about trying to get over to Europe and we spent a lot of time in the Arrows team, seeing how they operated.

“Having that access to the back of the F1 pits was special and the idea was to give me an idea of what to expect, but obviously it didn’t turn out how we planned.”

Lowndes went on to win the ATCC, Sandown 500 and Bathurst 1000 in 1996 before heading to Europe to chase his F1 dream the following year.

His open-wheel sojourn lasted just a single season, however, returning to Australia after a difficult run in European Formula 3000.