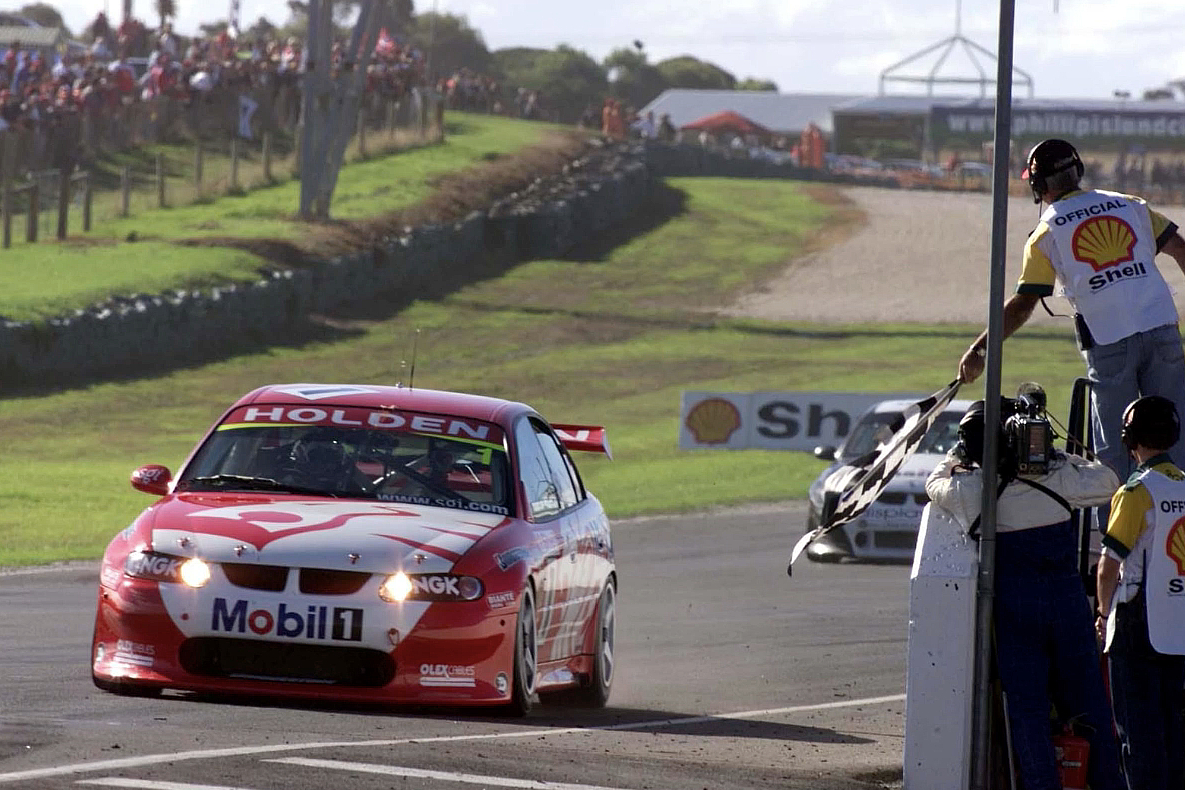 Mark Skaife’s victory at Phillip Island to clinch the 2001 season-opener will be the latest race to be premiered on Supercars’ official Facebook page.

Skaife won nine of the season’s 30 races to claim the 2001 title, which was his fourth overall.

The 2001 season notably began in the shadow of Craig Lowndes’ high-profile defection to Ford.

Supercars will air Race 2 of the 2001 Phillip Island event at 6:00pm AEST on Friday.

Skaife won the first race of the weekend, but Lowndes - despite being in new waters - still proved his closest challenger.

However, as the year panned out, Skaife and HRT would flex their championship muscles.

The early part of the season saw Skaife locked in combat with new teammate Jason Bright, who won the Adelaide 500 and led the points in the early rounds.

Bright fell away from there, and it was Russell Ingall who would finish as runner-up to Skaife.

Skaife ended the season a staggering 603 points ahead of Ingall, a record he improved 12 months later.

Bright was third overall ahead of Greg Murphy, with Steven Johnson the first Ford driver home in fifth.