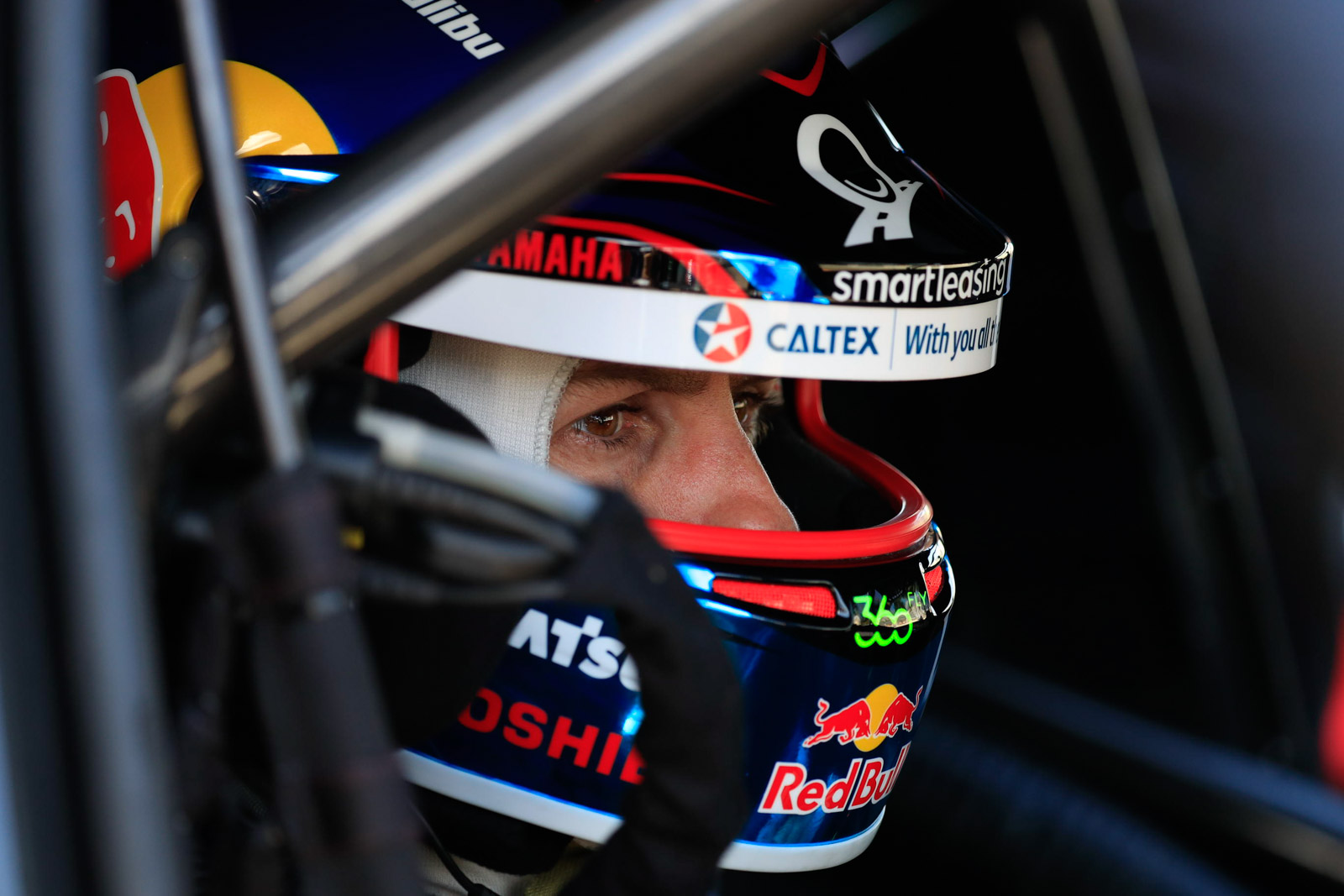 Six-time champ Jamie Whincup believes communication between he and engineer David Cauchi must improve as they look to take out their second Supercars Championship together this season.

Whincup took a dominant win on the streets of Townsville in Saturday’s race at the last round, but described the race as “one of the most frustrating races I have been involved in” in quotes issued by the team that evening.

The Red Bull racer told supercars.com he wasn’t happy with the way things played out behind the scenes and flagged it as something that must be fixed.

The usually flawless team had further procedural issues in the garage next door when Craig Lowndes had the wrong rear tyres fitted to his car, causing him to plummet back through the field, with a late tyre change under safety car the only saving grace.

“We had great performance in the car, the car was very fast, just a few flaws in the strategy and communication that had us very vulnerable at the end of the day. So we got the win but in some way, we played a part in trying to throw it away,” Whincup told supercars.com.

“That is disappointing … unfortunately I couldn’t just be rapt with the win. It wasn’t a flawless performance, it was compromised and we’ll keep working until we work the way we can work. It’s a high level, but I know that’s a level we can get to and we’ll get there.”

While Whincup would not give a lot of detail, he acknowledged the team would need to look at ways to rectify the situation.

“Myself and my engineer weren’t quite on the same page, as far as the strategy and what was going on in the race. So that’s something we need to talk about … and fix,” he said.

While he acknowledged it could be tough when circumstances change the complexion of the race and must be dealt with quickly, that’s the challenge they must come out of on top.

“It’s not an easy job, otherwise everyone would do it – that’s part of the challenge.

“We’ve been doing it a long time so we expect to know all the scenarios and try to deal with them better than most.”

Doing the best job with what he’s got is what Whincup aims for every race weekend – and while it may look smooth from the outside, picking up on behind the scenes mistakes is one of the things that keeps the Triple Eight team so sharp.

“I’ve been rapt after some races where I’ve run fifth – we’ve maximised everything on that day. But some days you cross the line first and you don’t actually maximise yourself which is the most important thing for me,” Whincup said.

He leads teammate Shane van Gisbergen by 53 points and third-placed Mark Winterbottom by 75 in the Championship. A top six – and then top three – is starting to form after a closer-than-ever start to the year, but Whincup isn’t counting anyone out yet.

“Every race is critical when why not maximising at Townsville hurt more than usual.”

Prodrive’s Chaz Mostert, who was in the fight last year has ruled himself out, while ninth placed James Courtney also recognised the mammoth effort required to claw back to the top.