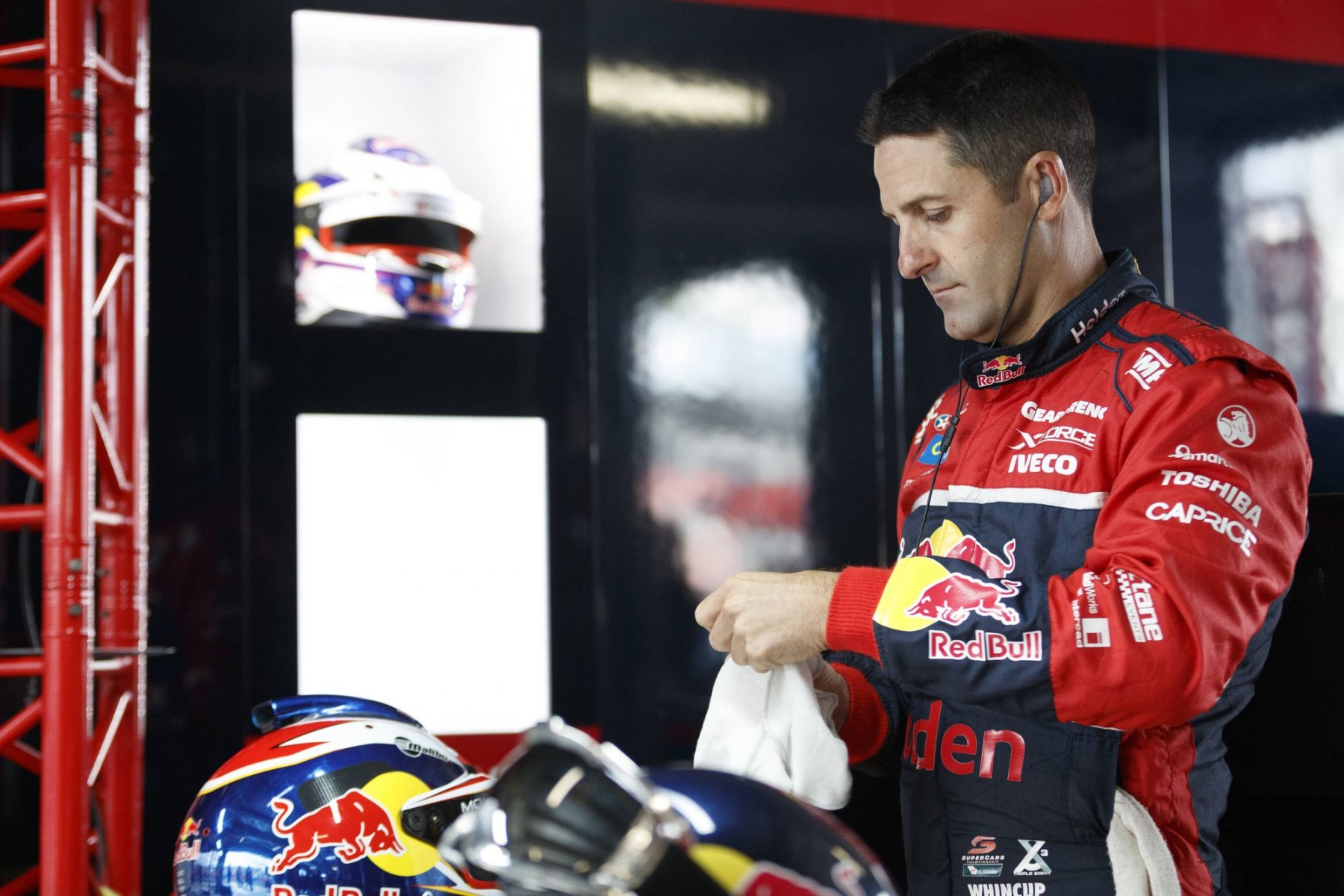 Can Red Bull stay on top?

Whincup moved into the lead for the first time this year with sixth and second-place finishes last time out on the Gold Coast.

With Paul Dumbrell, Whincup led the opening two thirds of the Sunday race but - like Triple Eight team-mates Shane van Gisbergen and Craig Lowndes - was jumped by the undercut strategy of Scott McLaughlin, who won despite starting 13th.

Whincup felt Red Bull was too conservative, team manager Mark Dutton said the squad opted to look at the “bigger picture” with the six-time champion’s strategy in particular.

The net result is that Whincup leads Fabian Coulthard by 17 points and McLaughlin by 27, with 600 on the line over the last two events.

The Falcon pair have shown a pace advantage more often than not this year, and Whincup’s tally of two wins is the lowest of the five drivers in title contention, staying in the fight with consistency.

Whincup won a pair of races at Pukekohe last year, with van Gisbergen also getting one to give the team three out of the four, but the rise of the Shell Fords means the Red Bull Holdens will be working hard to repeat that. 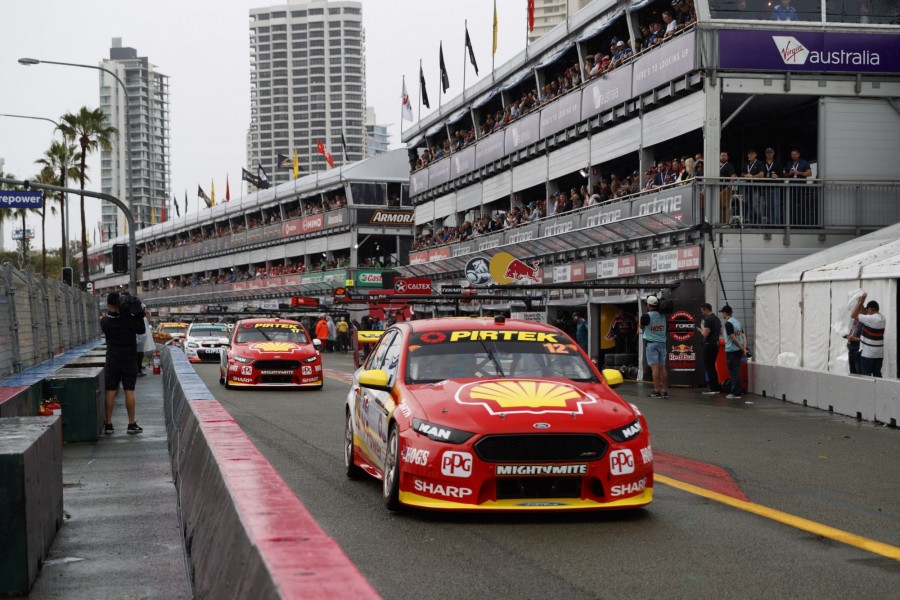 Shell V-Power Racing is in an enviable position with its two drivers firmly in title contention at the business end of the season.

Both Coulthard and McLaughlin are within 27 points of top spot as they both chase their maiden titles, and the first for the team since James Courtney in 2010 during its Dick Johnson Racing days.

Managing director Ryan Story says the pair are free to race from here, and that there are no team orders as long as they don’t run into each other, which is what we want to hear.

The first-year team-mates haven’t clashed, but their strategies and therefore track positions have been carefully managed by the crew at times.

That may become more difficult in the closing races, or even race, as the pair strive for the championship against Whincup, who has the relative luxury of van Gisbergen saying he’s prepared to help.

In the short term, both Kiwis simply have to focus on their speed and hope that takes care of the rest.

McLaughlin has the momentum after his Sunday Gold Coast victory, while new father Coulthard will be looking to bounce back from a tough final leg of the PIRTEK Enduro Cup, in which he went from 91 points up to 17 points behind. 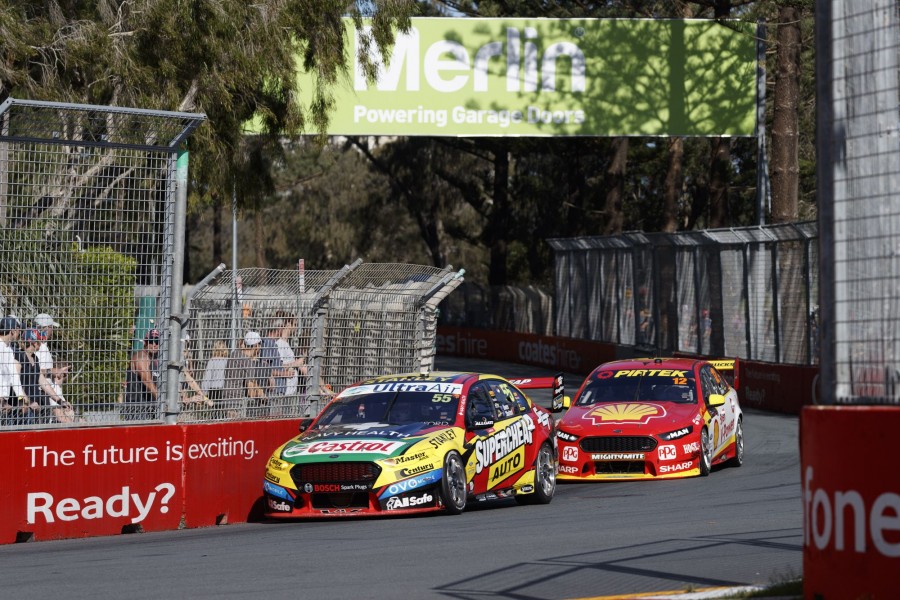 Will the outsiders shake things up?

Chaz Mostert and van Gisbergen complete the group of drivers in title contention, 126 and 189 points behind Whincup respectively.

A fortnight ago, before a wheel was turned on the Gold Coast, they were both about 100 points further adrift. Swings like that show that plenty can still happen across the Pukekohe and Newcastle events.

Mostert concedes he is “definitely a bit further back than we would like”, while van Gisbergen says he’s “not focusing” on the title.

Good results are the focus, they’ll say, but somewhere in the back of their minds Mostert and van Gisbergen will know that if they win enough races they can definitely change the equation.

Given the pace of the Prodrive Falcons in recent wet running, including his win on the Gold Coast, Mostert won’t be too sad if this weekend’s forecast rain arrives.

Ditto van Gisbergen, another gun in the rain, who is already a race winner on home soil.

If Mostert and van Gisbergen can get among the big results this weekend, we could be heading to Newcastle with five drivers genuinely slugging it out for the title. 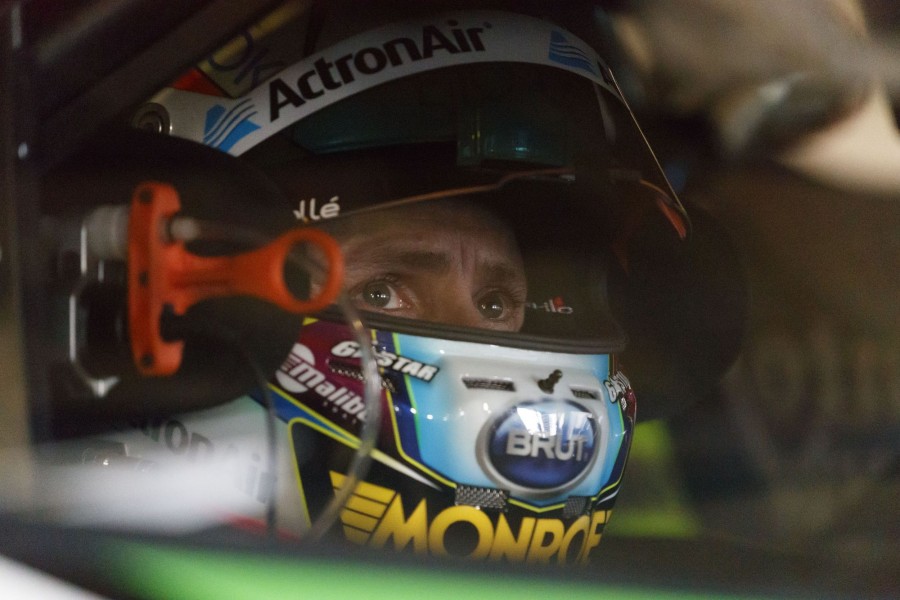 Lowndes and Mark Winterbottom are sixth and seventh in the standings and have 145 Supercars race wins between them, but both are on extended victory droughts.

It is now more than a year since Lowndes last won, at Queensland Raceway in August 2016, while Winterbottom’s last victory came at Pukekohe 12 months ago this weekend.

With four races left this season, time is running out to avoid winless seasons, which would be Lowndes’ first since 2004, while Winterbottom has won every year since he joined what was then Ford Performance Racing in ’06.

Lowndes had a tough PIRTEK Enduro Cup campaign alongside Steven Richards, but will take confidence from his Sunday showing in particular at Surfers Paradise.

The veteran made the Top 10 Shootout and gained five places in it to complete a Triple Eight sweep of the top three places on the grid, eventually finishing the race fourth.

Prodrive’s Falcons are hitting their straps as the season goes on, so and Winterbottom will be looking to tap into that to join team-mates Mostert and Cameron Waters as a 2017 race winner. 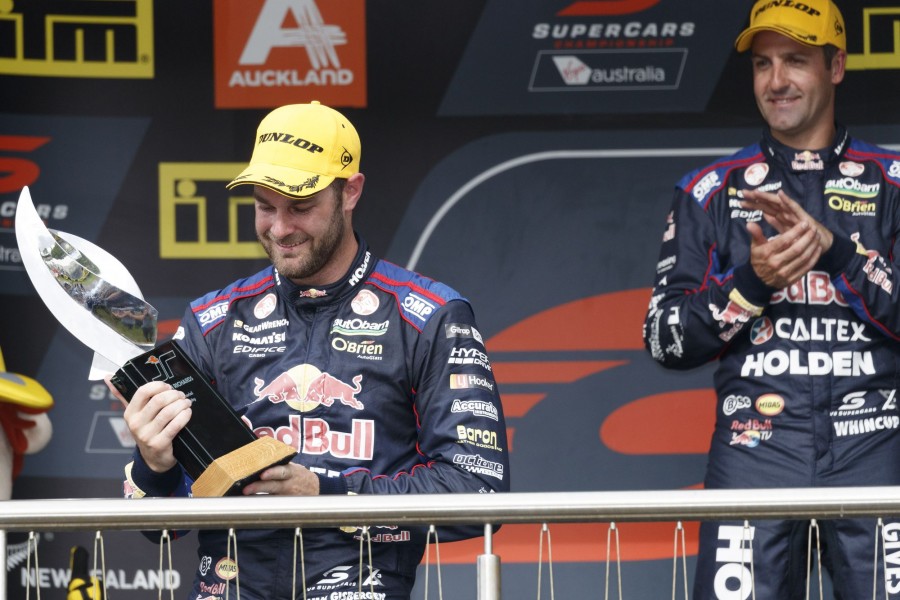 The race for the JR Trophy

The notion of weekend or round points is largely gone from Supercars, but it still means a lot at Pukekohe.

Drivers’ results across the two races will decide who leaves with the Jason Richards Trophy, introduced to honour the deeply-missed Kiwi when Pukekohe returned to the calendar four years ago.

There was an emotional result straight off the bat, with Richards’ former team and team-mate, Brad Jones Racing and Jason Bright, securing it with victory in the final race in 2013.

Winterbottom and another former Richards team-mate Whincup - from their Tasman Motorsport days a decade earlier - followed, before van Gisbergen became the first Kiwi to lift the trophy last year.