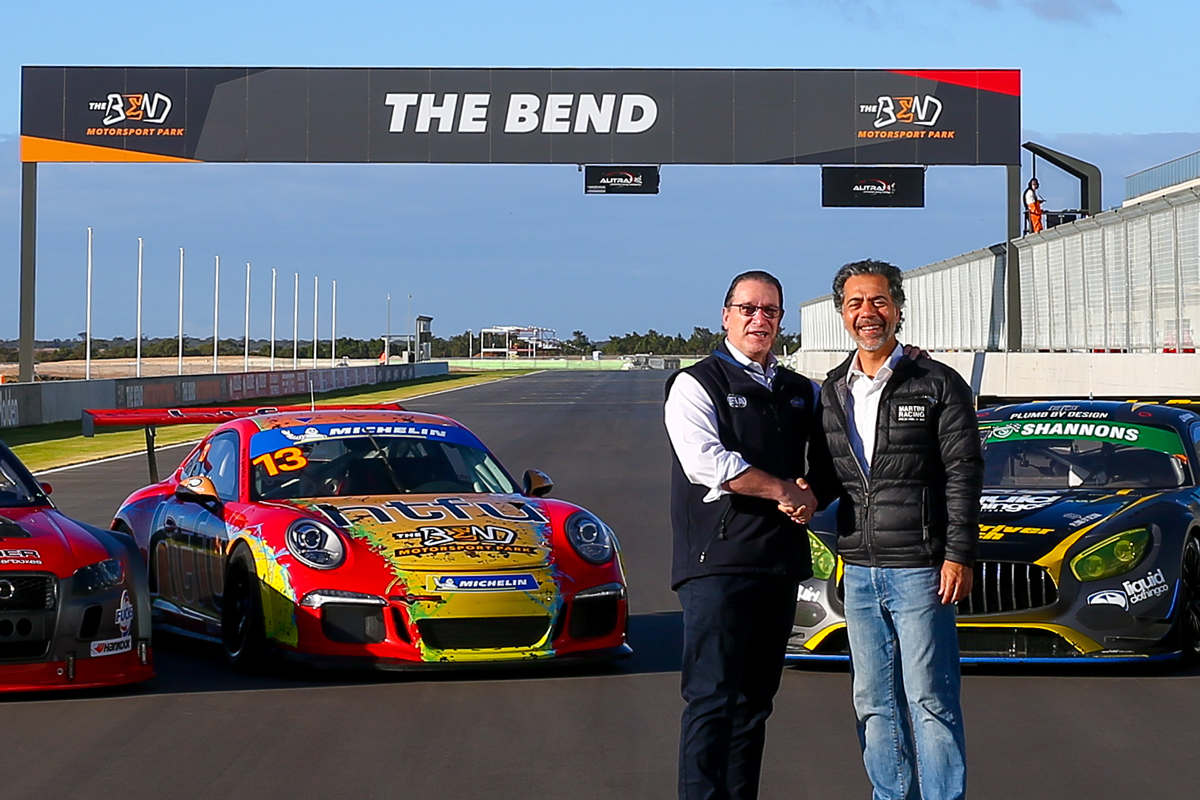 As the countdown to the OTR SuperSprint continues, we take a closer look at the people and place behind Supercars' newest race. 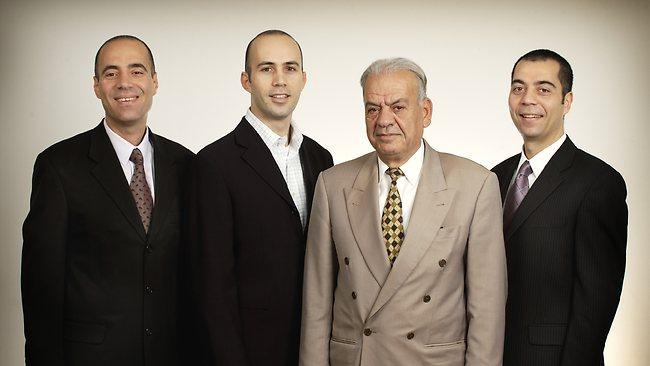 The Bend Motorsport Park is a project of South Australia’s largest private company, The Peregrine Corporation.

Peregrine boasts annual revenues in excess of $2 billion and employs over 3,500 people, mainly through its network of more than 130 On the Run service stations across the state.

Founded in 1984 by the late Fred Shahin, who died in 2009, Peregrine is now operated by his three sons; Charlie, Sam and Yasser.

Fred had fled his native, war-torn Palestine with his family in 1948 at the age of 10, seeking refuge in Lebanon.

He went on to work for the United Nations, before moving to Adelaide in 1984 where, unable to find work, he bought his own petrol station in the suburb of Woodville.

The business has grown exponentially from there, redefining petrol stations as all-encompassing retailing outlets.

In 2001, Fred Shahin was awarded a medal of the Order Of Australia for services to the community. 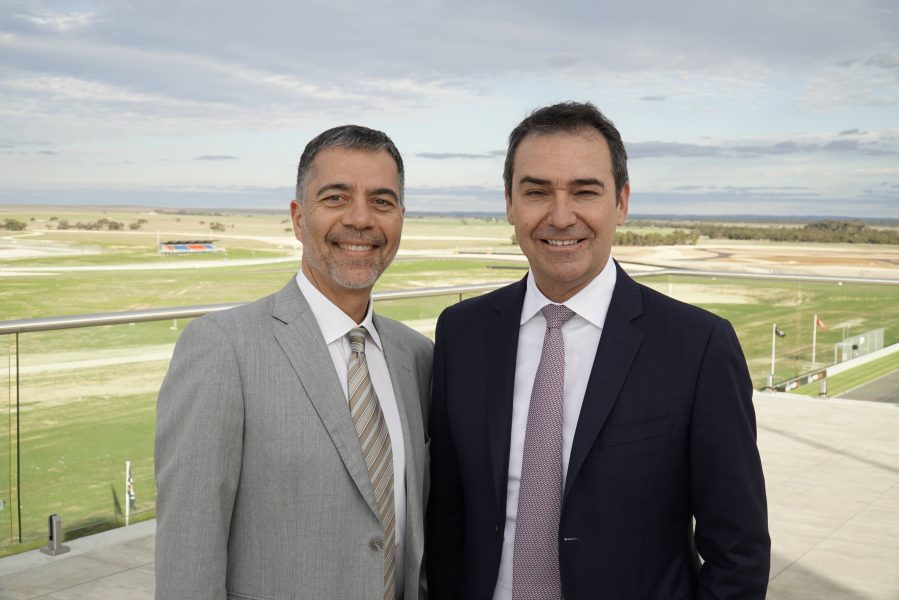 The driving force behind the creation of The Bend has been Sam Shahin, who was 16 when the family moved to Australia

He trained as a doctor, before leaving medicine to help grow the family empire, during which time he fell in love with motorsport.

Shahin has described the creation of The Bend as an opportunity to give back to the community that has given his family so much.

Securing a Supercars event was a big milestone for the circuit, while Shahin has also spoken of wanting to attract the likes of MotoGP and the World Endurance Championship.

He will be in action this weekend in the Carrera Cup, while Yasser competed in the Australian GT round at the circuit in April. 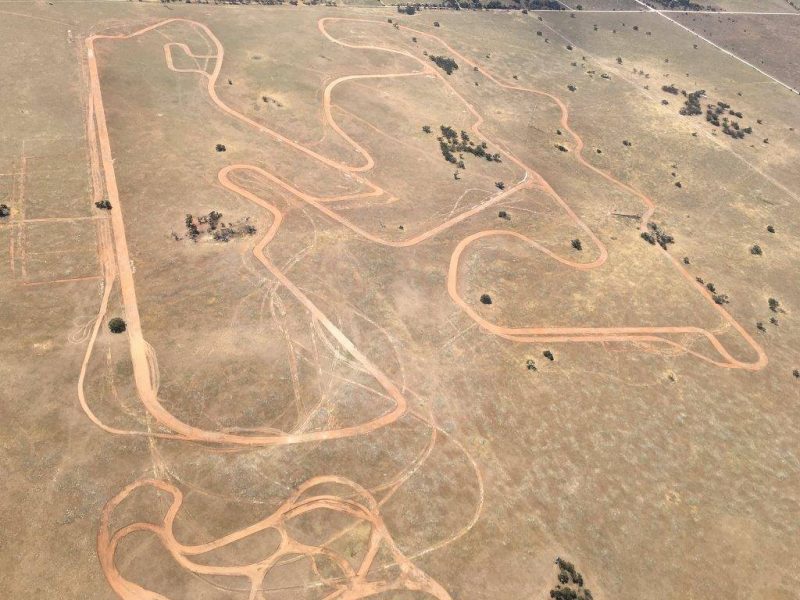 The Bend pictured in late 2015

Located 100km south-east of Adelaide on the fringe of the River Murray, Tailem Bend’s population is little over 1,500 people.

The circuit and the events it will attract, therefore, promise to reinvent the sleepy location, with local business already reporting benefits from the investment.

The racetrack itself is located on the site of what was once a testing facility for Mitsubishi Motors’ local development efforts.

Its transformation into The Bend began soon after Mitsubishi closed its local manufacturing in 2008, with CAMS and the local council hatching plans for a new motorsport mecca.

The Shahins took on the project in late 2013. Little over two years later, work on building the complex had began and, by April 2018, it was ready to hold its first race meeting. 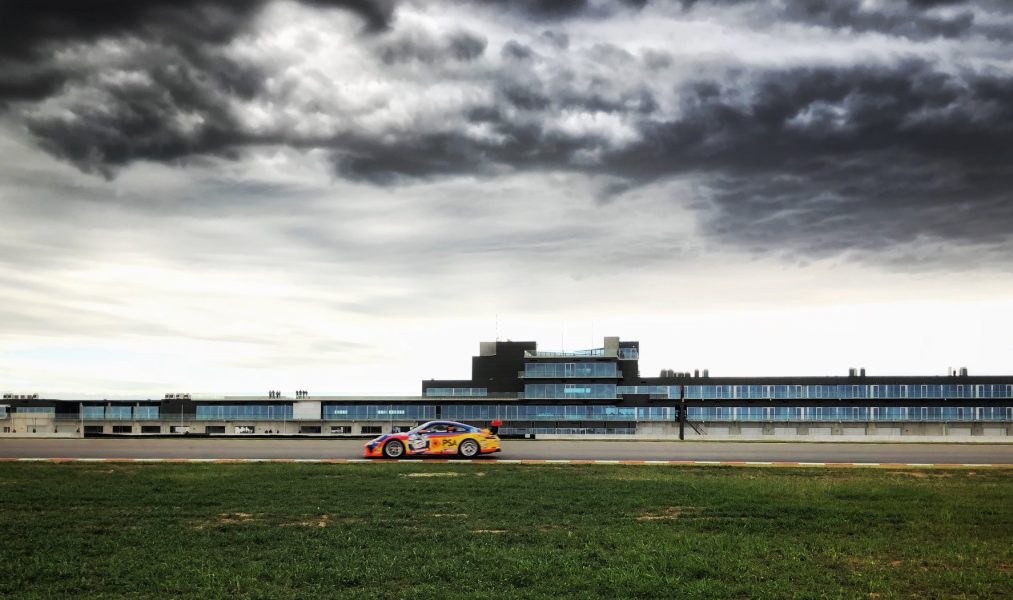 The heart of The Bend Motorsport Park is the motor racing circuit, which can be split into four key configurations, headlined by the full 7.7km layout.

Supercars will utilise the 4.95km International circuit, while the 3.41km West layout is also slated for use during the OTR SuperSprint for Formula 1 demonstration sessions.

Unsurprisingly for a business empire built on providing all-in one convenience, The Bend is a true multi-purpose facility.

By the time it is complete the Bend will cater for drag racing, rallycross, rallying, karting and four-wheel-driving, with the latter two facilities open to fans this weekend.

A 100-room, four-star hotel, operated by Rydges, sits on the pit straight, while it is also one of few Supercars venues to offer trackside camping.

As Australia’s first new permanent racetrack since 1999, there has been significant excitement among the motorsport fraternity about the creation of The Bend.

It has been built to a world-class standard, offering locals a taste of the Formula 1-style venues built elsewhere in the last 20 years.

For Supercars, it is the first time South Australia has ever hosted two rounds of the championship at different venues in the same year.

Two rounds were, however, held at Adelaide International Raceway in 1976 and ’77, on the account of endurance races being included in the ATCC.

The Bend is just the fourth SA venue to host a round; joining AIR, Mallala and the Adelaide Parklands Street Circuit, which continues to host the season-opening Adelaide 500.

21/08/2018
Stay In The Know
Sign up to the Virgin Australia Supercars Championship Newsletter
We use cookies to ensure that we give you the best experience on our website. If you continue to use this site we will assume that you are happy with it.Ok