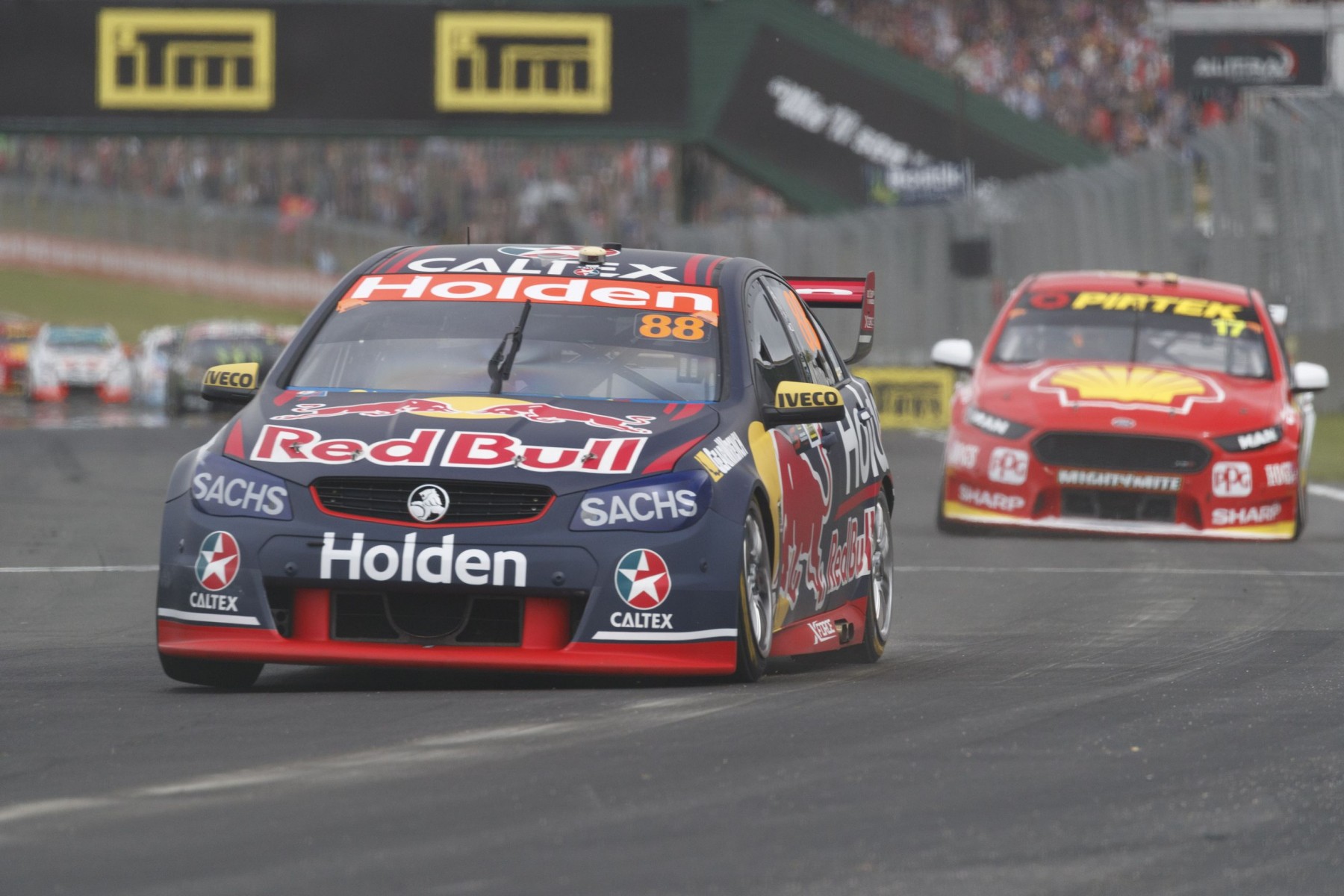 With just 30 points separating Jamie Whincup and Scott McLaughlin heading to Newcastle, the championship is very much still hanging in the balance.

But post-season, will we be looking back on Sunday at Pukekohe as the race where Whincup stamped his authority on a seventh title?

It’s been a strange year for Whincup who, unlike in his previous title wins, has not had the fastest car for the majority of it.

In fact, he’s had fewer poles and wins this year than in either of the last two seasons, when he didn’t win the title.

But on Sunday, it was the Whincup and Triple Eight of old. The #88 scored its first dry-weather pole of the season – outgunning McLaughlin by 0.0055 seconds in an intense final run.

Whincup was also faultless in the afternoon’s race, which marked just his third win of the campaign. That’s 11 fewer than he scored in his most recent title win (2014).

Beating McLaughlin in a straight fight on the youngster’s home soil appeared a significant blow landed on a weekend where the battle between the pair was tighter than ever.

While it’s far easier said than done, the six-time champ can now finish directly behind McLaughlin in both races in Newcastle and still take the title. 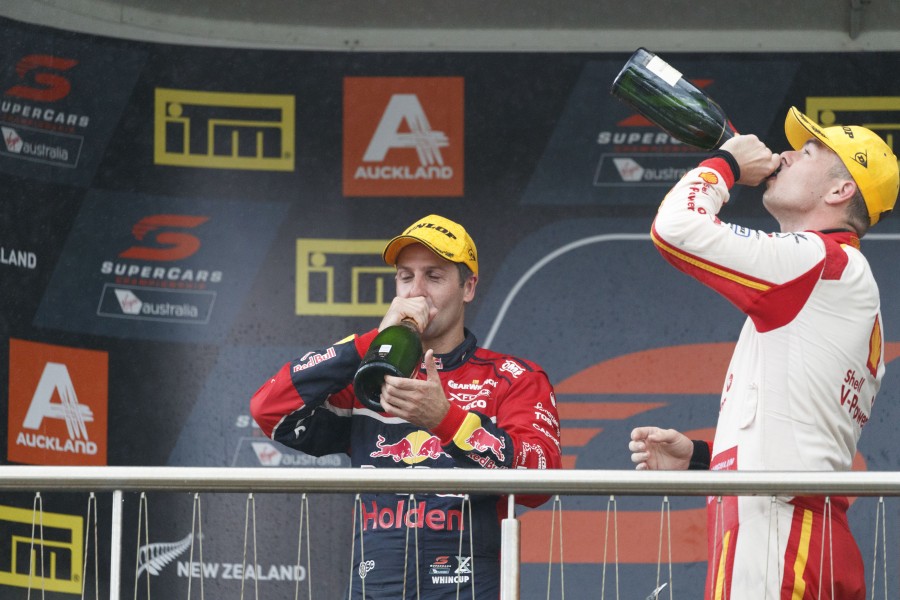 Caution to the wind

No matter which side you were cheering for, you couldn’t accuse either of the title contenders of playing it conservatively at Pukekohe.

The headline moments were two side-to-side clashes between the Red Bull Holden and the Shell Ford on Saturday, the first time as they battled for the race lead.

Whincup earned a bad sportsmanship flag for failing to give racing room the first time around, which required a mega save from McLaughlin as he slid on the wet grass.

Sunday’s battle was much more strategic, but the level of aggression showed by both camps was just as high.

The Shell team kicked off the first round of stops very early – on just lap nine, which was a clear attempt at an undercut that fell just short of yielding the lead.

Red Bull turned the tables by going first on the second stops, but again McLaughlin’s crew was bold – short-filling the #17 Ford in another attempt to gain track position.

The move so nearly allowed McLaughlin to sneak into the lead, exiting the pits just ahead before Whincup swept around the outside at Turn 1.

While putting enough in to reach the minimum fuel drop, the short-fill gamble meant McLaughlin had to heavily save fuel in the closing stages just to make the finish. 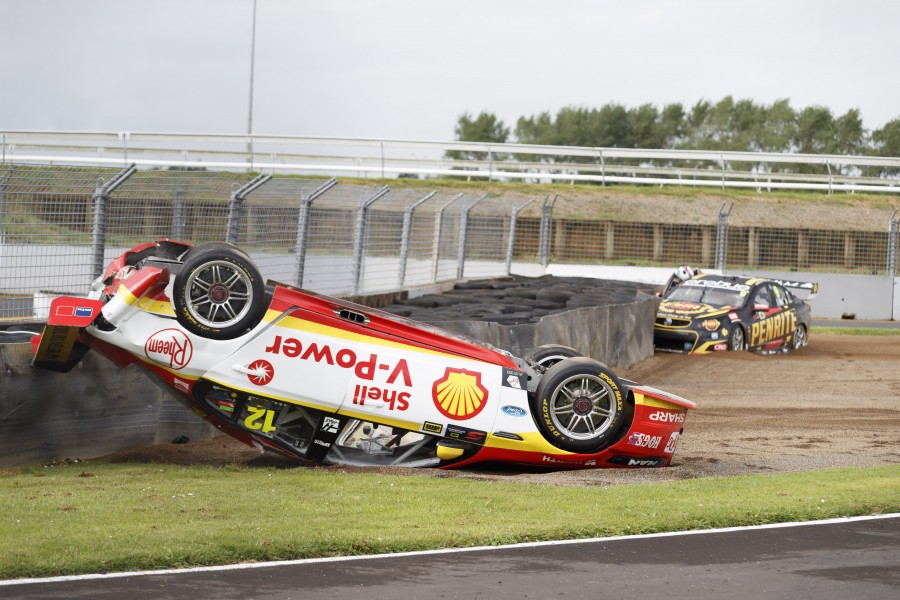 While Whincup and McLaughlin made calculated gambles at the front, their closest rivals all found themselves on the wrong side of the risk-reward equation.

Fabian Coulthard, Chaz Mostert and Shane van Gisbergen all went from genuine title contenders to rank outsiders due to incidents across the weekend, some of which bordered on the bizarre.

Mostert appeared the unluckiest of the three, with a very minor mistake – locking his rear brakes while attempting a move on David Reynolds - kicking off a chain reaction and ultimately incurring a drive-through penalty.

Coulthard was quick to say afterwards that there was nothing he could have done to avoid his contact with Reynolds and it was simply the result of being “a racer” and going for a gap.

But if he had his time again, one can’t help but think he’d have made sure he left room for Reynolds on the right-hand-side. There certainly wasn’t anything that Reynolds could have done about what happened.

There was no doubting, however, that van Gisbergen made a major judgement error on Sunday when he ran up the back of Tim Slade at pit entry, having arrived significantly too hot while trying to make up time.

It was the ultimate hero to zero for the Saturday winner. 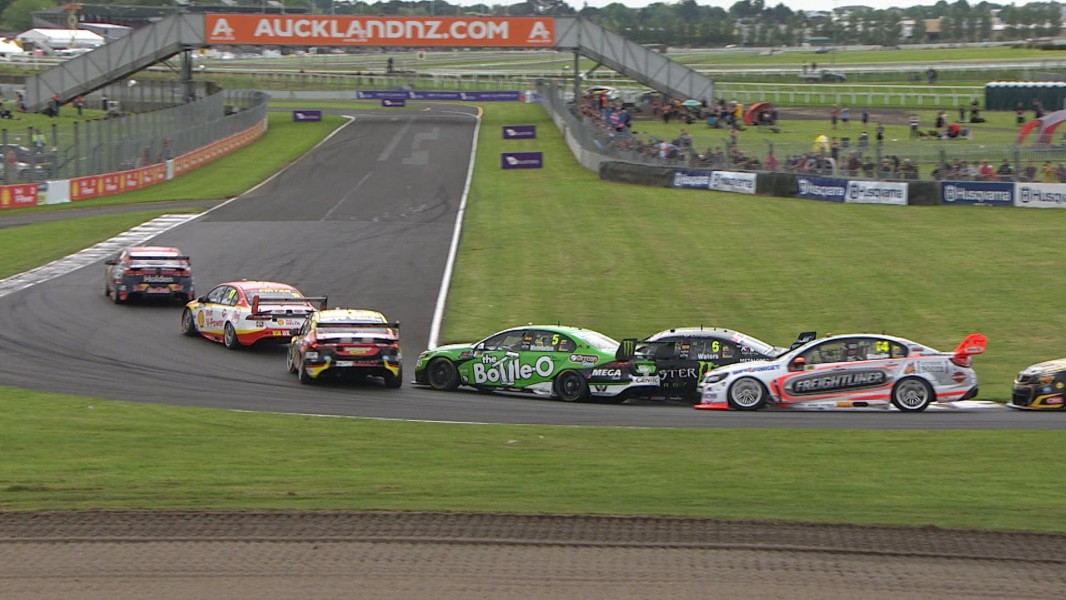 In hindsight, perhaps Prodrive has done well to go this long into the season without an intra-team calamity.

Mostert, Cameron Waters and Mark Winterbottom are all high-quality drivers fighting over spots in the championship’s top eight and for supremacy within the team.

Put simply, all three supermen tried to climb into the same apex on the opening lap on Sunday, resulting in disaster.

Should Waters have gone for a dive under those circumstances? Or was Winterbottom’s slight move to the right in the braking area the real devil in the incident’s detail?

The official investigation concluded that neither were wholly or predominately to blame, while Prodrive’s own analysis has played out behind closed doors this week.

It was a very intense garage post-race, with neither Mostert nor Winterbottom appearing all that impressed with proceedings.

With another young hotshot in Richie Stanaway poised to steer Prodrive’s fourth car next year, keeping this quartet in check could prove a big task for the team’s management. 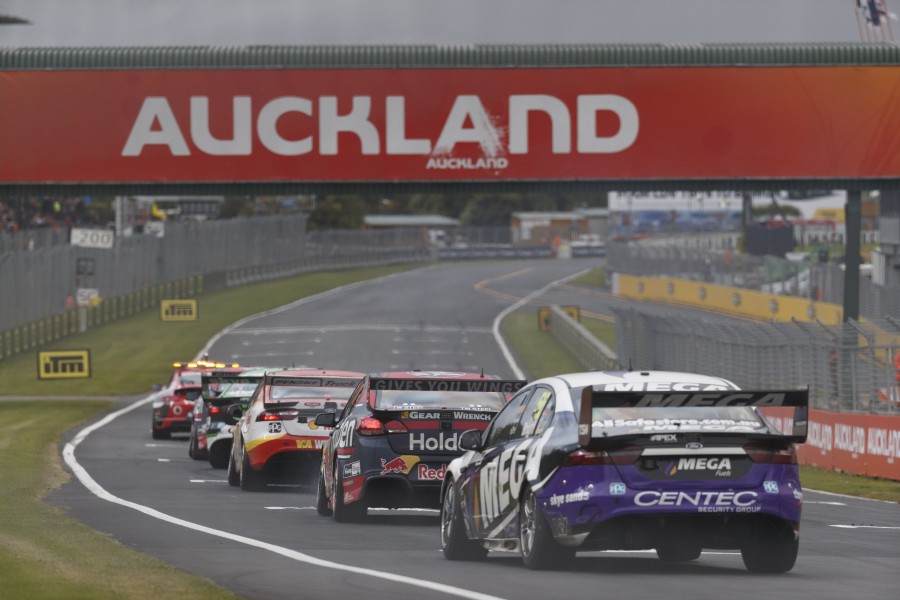 The flashpoint in Saturday’s race was the first Safety Car period, which triggered the second round of pitstops and ultimately played a big part in determining the results.

Leaders Whincup and McLaughlin pitted as soon as James Courtney’s car went into the Turn 4 gravel but, with the SC not yet out, third-placed van Gisbergen was able to inherit the lead and complete another lap at speed before pitting, rather than opting for the double-stack.

Van Gisbergen and Winterbottom (who had been fourth before the SC and pitted with van Gisbergen) ended up leap-frogging Whincup and McLaughlin as they had lost time when they came across the SC on their outlap.

That drew plenty of commentary on Saturday night, with several calling for the SC procedures to be reviewed.

A closer analysis of the footage, however, showed that there were two distinct reasons why Whincup and the field behind were delayed.

As well as the time it took for the SC to identify it was Whincup and not leader van Gisbergen approaching, and hence change its lights from yellow to green to let him through, there was an additional delay of almost 7s between the green and Whincup accelerating by.

While the entire scenario eventually benefitted Red Bull in that it allowed van Gisbergen to win and gain more points towards its teams’ title tally, Whincup explained that it had been an error by his crew that caused the extra delay.

“I thought I was the lead car and so did the team,” he said. “We were all on the same page and we decided to sit behind it, then we realised we weren’t the leader and pushed on and unfortunately we lost two spots out of it.”

Having so famously come unstuck passing the Safety Car at Bathurst just two years ago, one couldn’t blame Whincup for being a little cautious this time around. 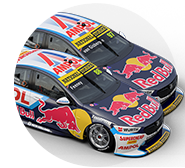