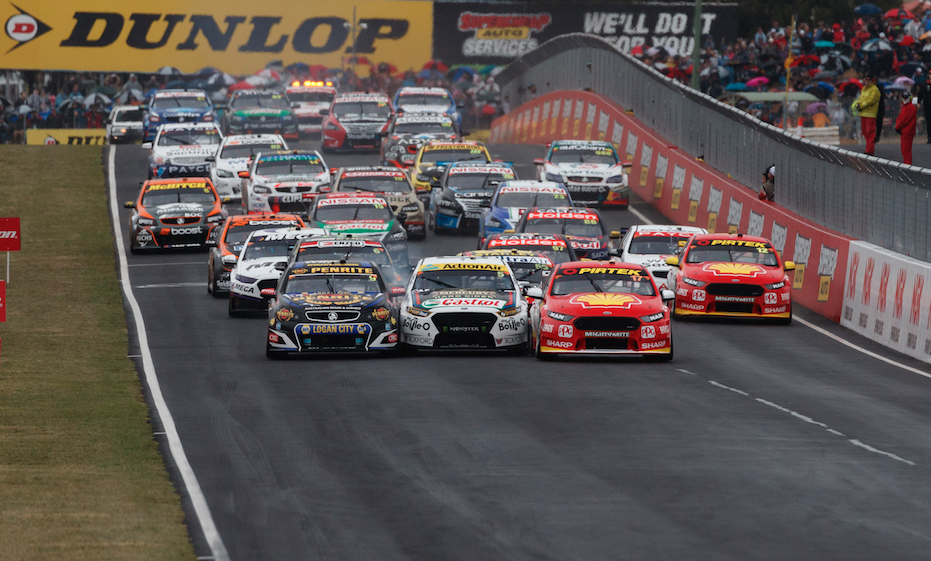 Kings - and Queen - of the Mountain

As wild and chaotic as Sunday’s race was, there’s no denying that David Reynolds and Luke Youlden were deserving winners.

Although entering the weekend as a darkhorse against the three superteams that shared all of the year’s previous race wins between them, the Penrite Erebus entry was among the fastest cars all week.

Reynolds and Youlden kept their heads in the tricky conditions, with a minor off during Youlden’s first stint the only blip, and when the seas parted on the penultimate restart, Reynolds pounced.

He pulled off a well thought-through pass on Nick Percat for the lead, which required some risk off the dry racing line, before putting his head down and driving flawlessly to the end.

Youlden’s ‘team of rejects’ line post-race was as ear-catching as it was accurate - both drivers and engineer Alistair McVean joining Erebus after being dropped by previous teams.

The Barry Ryan-led squad has drawn the best from the trio alongside a group of largely inexperienced mechanics, many of whom were in only their second Bathurst.

Its clever use of limited resources is a remarkable turnaround from Erebus ‘Mk 1’, where owner Betty Klimenko splurged an unpreceded amount of money on its Mercedes-AMGs for little result. 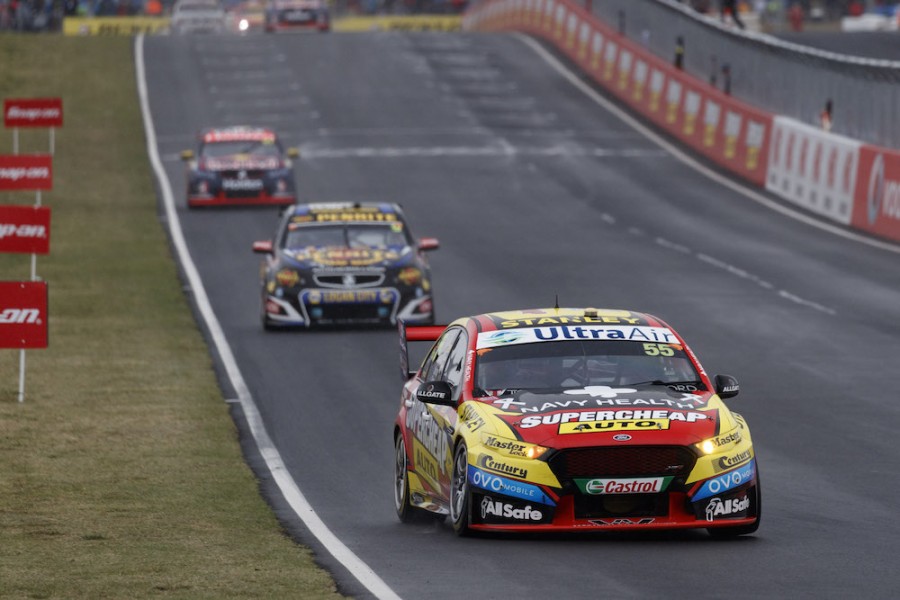 Aside from being the year of Erebus, Bathurst 2017 will be remembered for the number of others that threw away a potential victory.

While Bathurst always provides a litany of ‘what if?’ stories, the use of the words ‘gutted’ and ‘shattered’ seemed to reverberate around almost every other garage on Sunday night.

Atop the list was Shane van Gisbergen, who despite going down a lap early, was in a commanding position when he was caught out by a sprinkle of rain at the lap 144 restart.

His drive to recover from 12th to third in just a handful of laps was stunning, before another mistake at the Chase proved the final blow.

Of the others? Prodrive undoubtedly had the fastest cars in the full wet conditions, but ultimately faltered when it mattered.

Richie Stanaway shone brightly in his early stints, but lost time up against the primary drivers on a drying track before the final handover to Cameron Waters.

Chaz Mostert was similarly stunning in the wet, but a big lock-up while trailing van Gisbergen with 20 laps to go proved a critical error, even before his hit on Garth Tander at the following restart.

Double-devastation for Garry Rogers Motorsport, including James Moffat spinning out of third, was perhaps only matched by the woes of Brad Jones Racing, which saw another litany of blows added to its trying season. 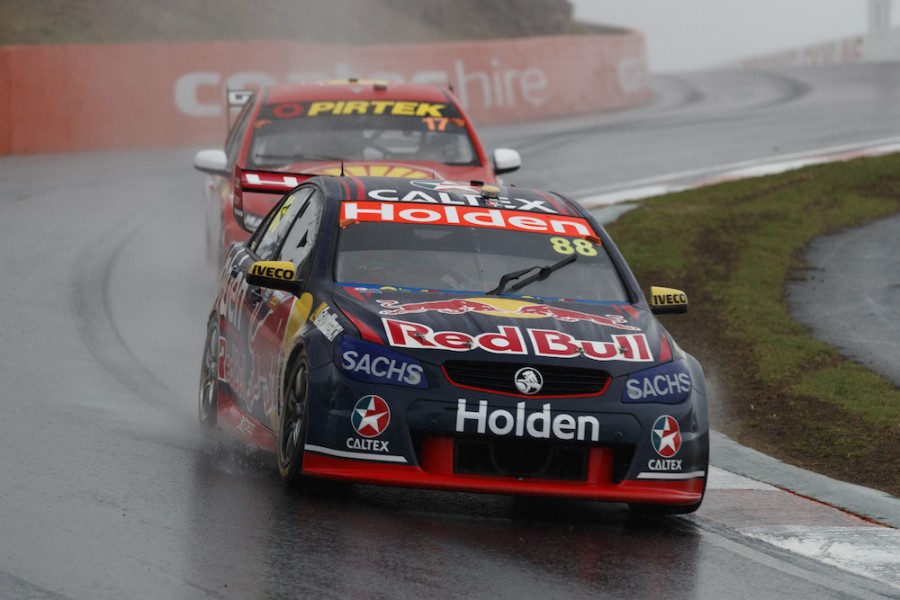 In the modern era of bulletproof reliability, for title rivals Scott McLaughlin and Jamie Whincup to bow out of contention in the year’s biggest race with engine trouble was extraordinary.

It has dramatically reshaped the championship with Fabian Coulthard, who was off the pace all weekend at Bathurst but took a cautious approach to the race and salvaged third, leap-frogging to the lead of the standings.

While Triple Eight’s weekend of woe was far from its finest hour, the team’s decision to pull Whincup straight in when engine trouble hit and then send him out for the final two laps to be classified as a finisher appeared a masterstroke, netting 90 points.

Shell V-Power took a rather different approach with McLaughlin’s car, attempting a variety of fixes in the hope that the issue was electrical, before waiting for a Safety Car to take a further look under the bonnet.

After some 30 laps of trauma, the engine finally lost oil pressure completely, stranding co-driver Alex Premat halfway up the Mountain and ensuring a zero-point haul for McLaughlin.

Whether the team could have achieved a similar ‘save’ to Triple Eight, especially when its issue happened earlier in the race, is unclear, but Shell V-Power’s attempts to sort a solution without going to the garage appeared optimistic at best.

Lap of the Gods, Mk II 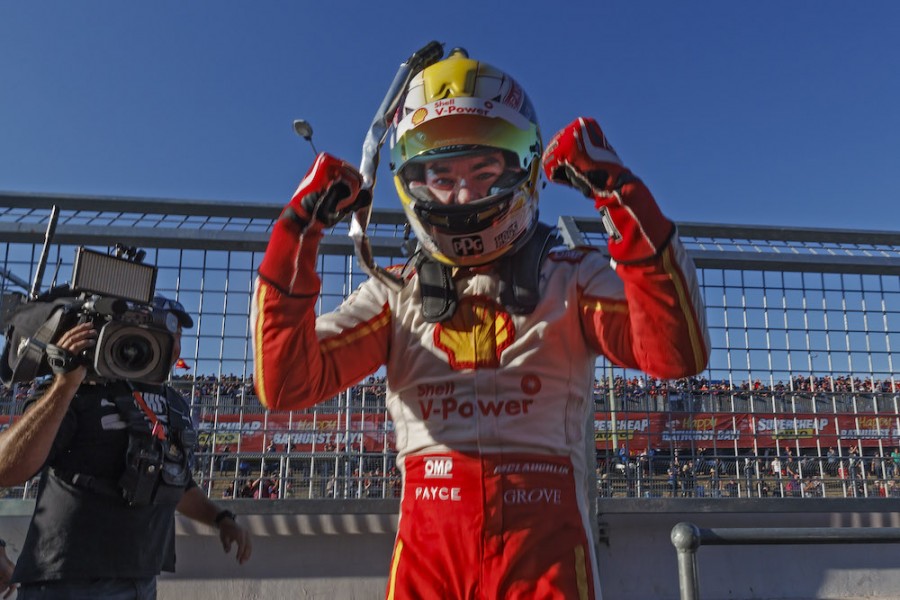 McLaughlin may have been among a host of hard luck stories on Sunday, but his efforts 24 hours earlier in the Top 10 Shootout were an instant addition to Bathurst folklore.

Sure, there are plenty of valid arguments as to why the achievement was not quite at the level of Greg Murphy’s 2003 ‘Lap of the Gods’.

The margin to second was 0.44s, compared to 1.1s, and breaking into the 2:03s was hardly the same surprise as Murph’s 2:06, considering McLaughlin’s speed in practice.

For visual value, though, McLaughlin’s lap was in another world. While Murphy’s was a clean, on-the-edge performance, McLaughlin was frequently over it and right on the verge of an accident.

Turn-in oversteer at The Cutting was hairy enough, before taking it to another level with two wheels in the dirt at the exit of McPhillamy, two in the air through the Esses, and the right-front locked as he plunged towards the Dipper.

Throw in the pure elation from the Ludo Lacroix-led garage as the time flashed up, and the subsequent outpouring of emotion from McLaughlin in the car, and you have perhaps the most spellbinding two-and-a-bit minutes of television this season.

The fact that the gap was ‘only’ 0.44s is, in many ways, a credit to Reynolds. After some of McLaughlin’s pole margins earlier in the season, including a stunning 0.35s drubbing around the 3km Winton Raceway, there was reason to think the margin would be even greater… 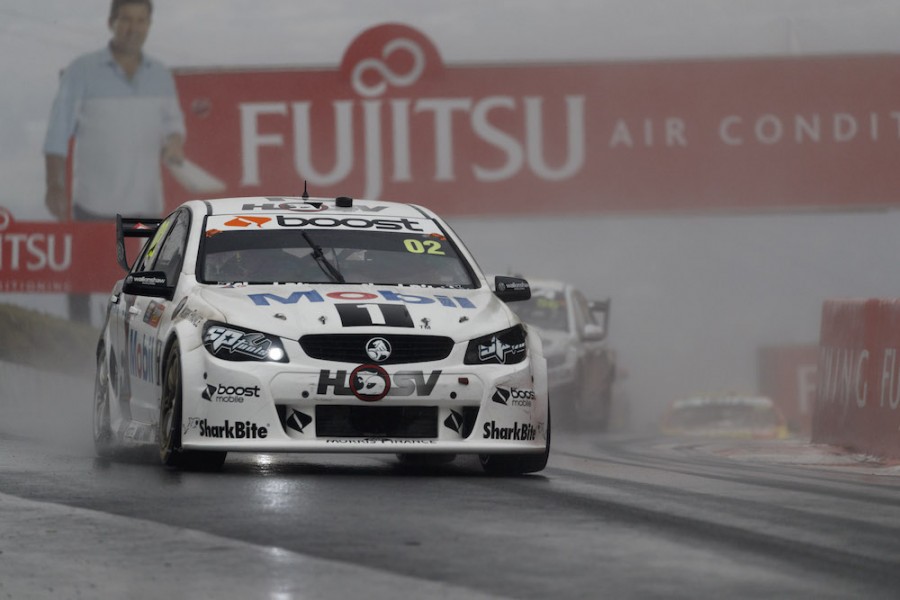 Those who have stuck by Walkinshaw’s Supercars team this season, be it staff, sponsors, or fans, were well and truly rewarded at Bathurst.

Firstly, confirmation of a buy-in from Michael Andretti and Zak Brown that will open the taps on the former’s technical firepower and latter’s commercial muscle is a massive coup.

While Andretti’s input is no turn-key solution for success, it’s a firm statement of intent for a team that has looked utterly lost at times this season.

Mobil 1 HSV Racing appeared to be making some progress during recent events, but had scored just one top-six finish – and no podiums – since Adelaide.

Its podium drought ended on Sunday, thanks to some first-stint magic from Warren Luff
– whose record now extends to four podiums from his last five Bathurst starts – and a strong job under pressure in the closing stages by Scott Pye.

It may not have been the fastest car, but Pye and Luff came within one place of winning Bathurst. Few would have believed that ahead of the weekend.