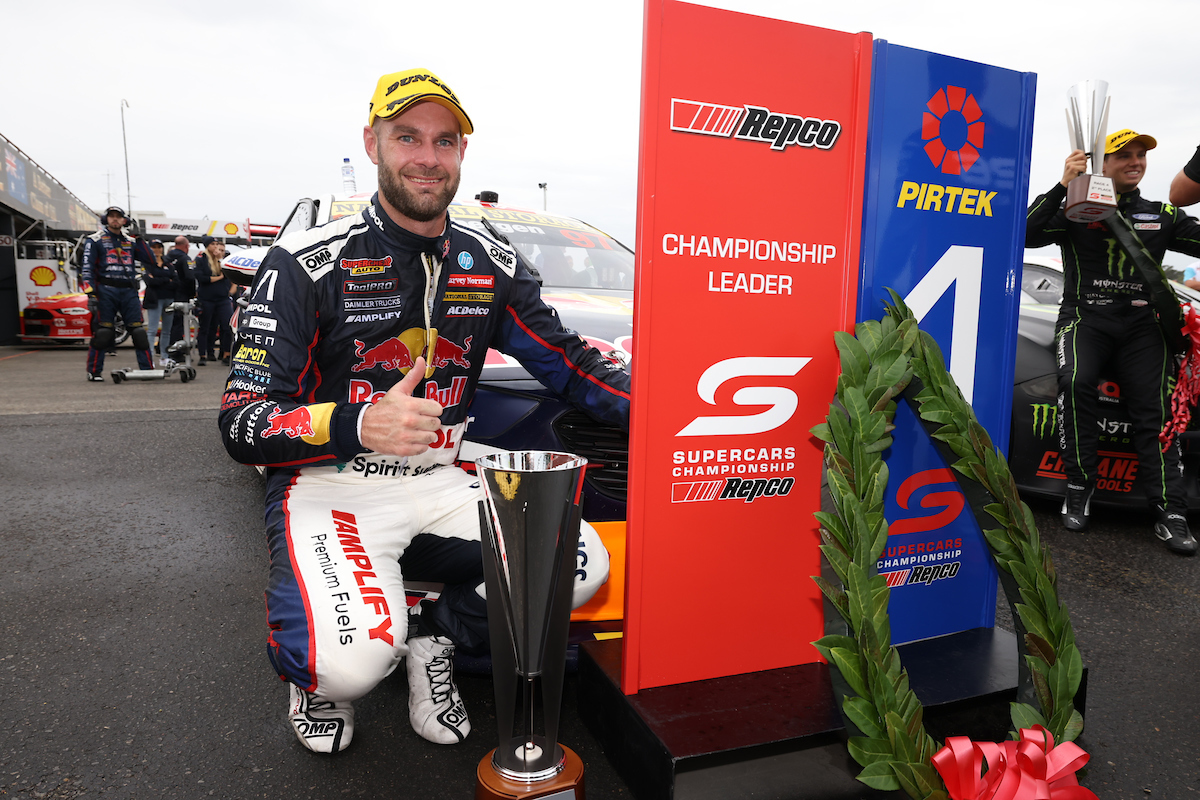 To the final race of the weekend, the Penrite Oil Sandown SuperSprint has belonged to championship leader Shane van Gisbergen.

The Red Bull Ampol Racing driver has made mince meat of early rumours he wouldn’t be able to race at all this weekend due to his collarbone injury.

Van Gisbergen claimed his second win of the weekend on Sunday afternoon, with the Kiwi clinching the Race 4 victory by nearly 13 seconds.

Van Gisbergen is now on a run of five straight wins dating back to last October’s Bathurst 1000.

Craig Lowndes holds the all-time record of eight consecutive wins, setting the record in 1996 following victories across the Lakeside, Perth and Mallala events.

It was van Gisbergen’s 44th career win, and the 44th for the Holden Commodore ZB model.

The Commodore ZB is now just one behind the 45 wins recorded by the Commodore VX and Ford Falcon FG X.

It was the third time in four races in 2021 that van Gisbergen and Cameron Waters filled the top two spots on the podium.

It could have been four from four had Waters not suffered a power steering drama in Race 1 at Mount Panorama.

He will start from fifth for Race 5, alongside Kelly Grove Racing teammate David Reynolds, who will launch from fourth for his 350th race start.