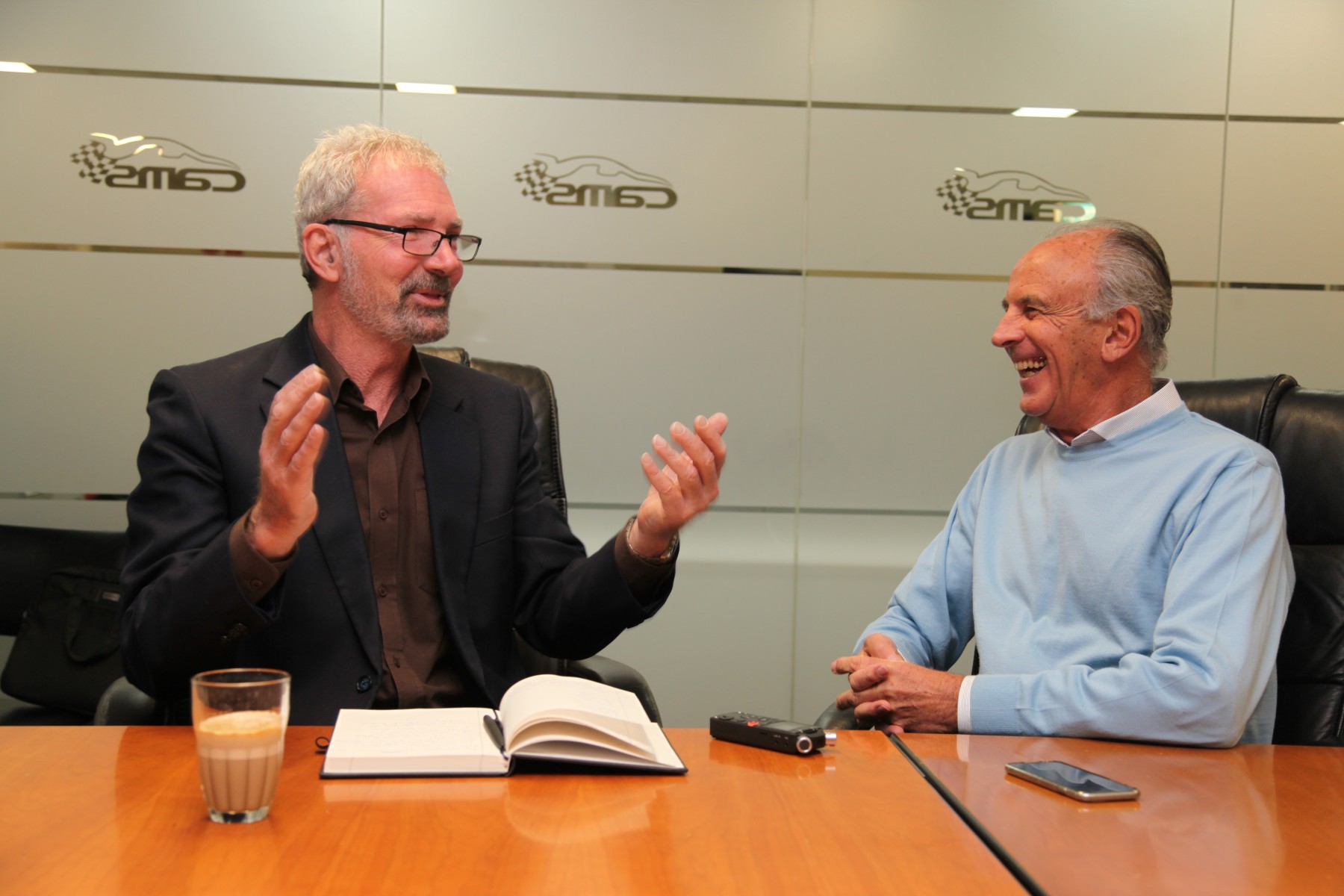 In a regular feature, Supercars identities open up to our probing pundit in a rapid-fire format.

The latest is Tim Schenken, whose distinguished lifelong service to Australian motor sport as a driver and senior official has been recognised with an Order of Australia Medal (OAM).

Schenken has been the respected race director of the Virgin Australia Supercars Championship and its predecessors since 1987, and also holds important international positions with the FIA.

He is director of racing operations at CAMS, where he has been a senior administrator since his return from the UK in 1984 following an exceptional career as a driver and later co-founder of racing car manufacturer Tiga.

Schenken is one of only five Australians to have stood on the podium in Formula 1 with a third place in the 1971 Austrian Grand Prix, driving for Brabham. He also achieved major success with Ferrari in Le Mans-style sports cars in 1972. 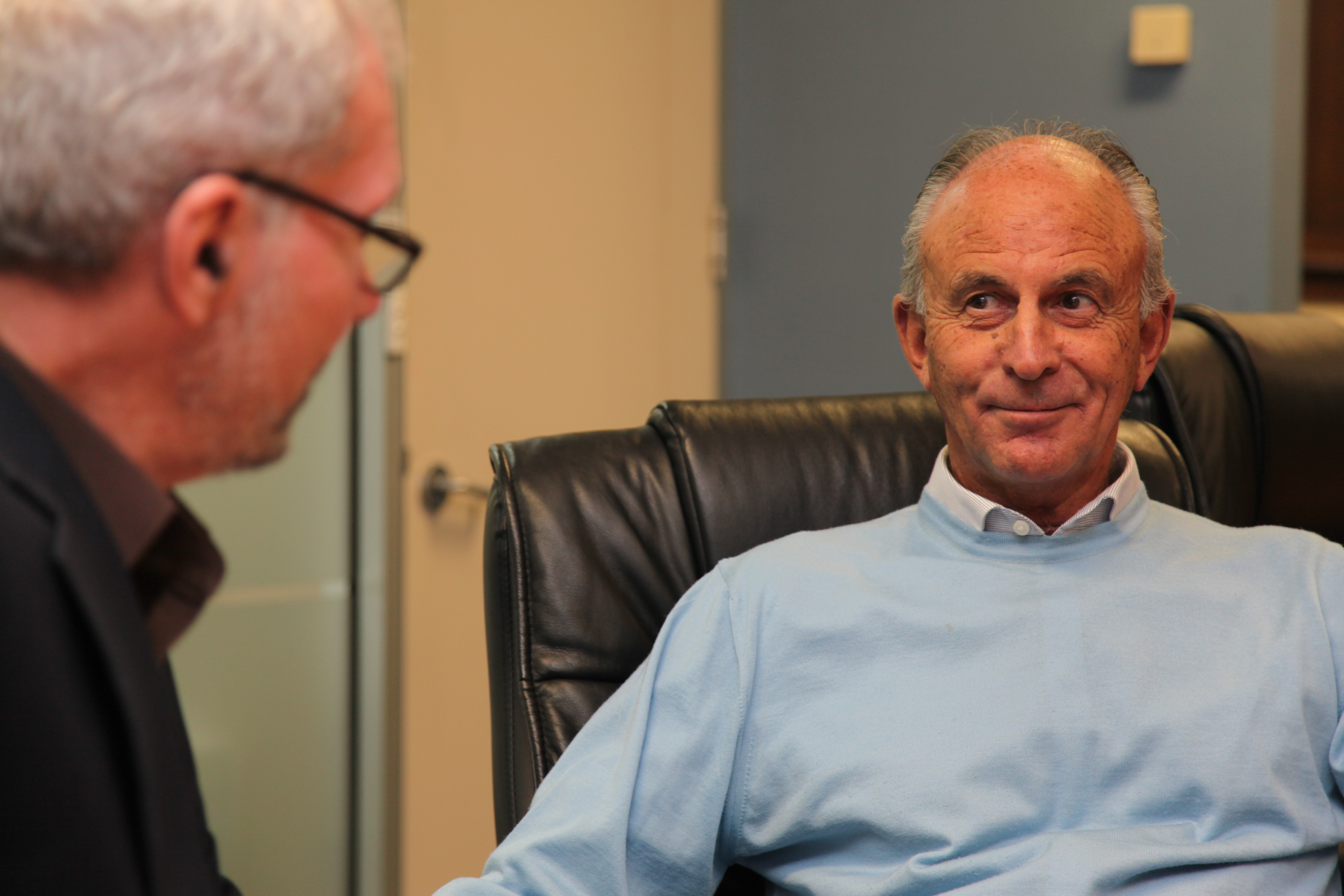 MF: Congratulations on your Order of Australia Medal. How does it feel to be recognised for your long and distinguished career in motor racing?

TS: I feel fantastic about it. It’s funny because just prior to me hearing about it – because they write to you first and ask if you’ll accept the award – I was saying to my wife Brigitte that one of the things about racing is that you drive for yourself, and I often look at people who play for Australia and I’m a bit jealous of that. I think that would be fantastic, whether it’s cricket or swimming or athletics. But this recognition is right up there with representing your country, so I’m very proud to receive it.

Of course, it didn’t take long for the wags in the Supercars paddock to dub you Sir Tim.

Well, it’s not a knighthood. That needs to be reserved for the likes of the late Sir Jack Brabham. An OAM is special in its own right because it is in recognition of my results as a driver, constructor and team owner, and also my roles as an official and administrator with CAMS, Supercars and the FIA.

You’re best known these days as Supercars’ race director. What does that involve?

It’s overseeing the start procedure, it’s managing black-flagging cars, managing the Safety Car, and managing the stopping of practice sessions or races or suspending races. So it’s really overseeing the sporting operations on the circuit. But I’m just one of a team. In race control, I work with Jason Bargwanna, the Driving Standards Observer, and the three CAMS stewards, selected from the panel of Steve Chopping, Chris McMahon, Steve Lisk and Trevor Newman. We also have Kyle Beattie, who is managing all our electronics because we have timing and tracking systems, speed limit monitoring, all these sorts of things. I’m just part of a team – a great team, to be honest.

Do you get involved in Bargs’ decisions on driving infringements?

No, not in a formal sense. He quite often asks my opinion or I might offer my opinion, but those decisions aren’t made lightly. They have to be made with the stewards. Some are plainly obvious; other driving standards infringements need a little bit more work. But I don’t get involved in all that detail – otherwise I’d be taking my eye off the ball.

There are plenty of armchair critics who question the decisions made by race control. And sometimes you do get it wrong, don’t you?

No, never! [laughs] Seriously, just like in any sport, the followers are very passionate and they have their particular favourites, and any close calls are going to be debated.

What about all the confusion during the Sunday race at the Clipsal 500? Nobody seemed to be clear on the rules about starting in the wet behind the Safety Car, the status of the fuel drop requirement and the subsequent time penalty for not taking on the minimum amount of fuel.

Of course, a lot of that was caused not by the rules – because the rules are quite clear – but from having no practical experience in the operation of the rules in those conditions. So there was a lot of diving into the rule book. It was a bit like Bathurst in 2014, the first time we had a suspended race. There were people questioning whether you could work on the cars during the break. Everyone’s expected to know the rules and it’s very difficult when you have the teams asking the officials what they can and can’t do. They should be just as familiar with the rules as we are.

Most modern-generation fans – and, I’d suggest, many current drivers – only know you as senior motor sport official, not as a former Formula 1 driver and noted sports car racer.

Most of them weren’t born then, that’s why.

My point is that you’re not only an ex-driver, but one of international distinction. Does having raced at a very high level help you in your various roles as an official?

It certainly helps, no question about that. It’s perhaps most relevant to my work as the vice-president of the FIA Circuits Commission. I look after about 20 tracks in the Asia region and when you’re doing track safety inspections, having been a driver, you have a bit more understanding of where cars are likely to go off and what’s needed to make the tracks as safe as possible. You can’t design a motor racing circuit and where all the safety installations need to be from a book. It needs experience to be able to advise on all that sort of thing.

You’re also on the FIA Touring Car Commission – of which fellow Aussie Alan Gow is the president – and a steward at World Touring Car Championship events, so you have a global view. How good is the Supercars championship compared with other international touring car series?

I’d answer that by saying that virtually wherever I go, people talk to me about how much they enjoy Supercars racing and especially the Bathurst 1000. I mean, Mount Panorama is one of the world’s great classic circuits, right up there with the Nurburgring Nordschleife and Spa-Francorchamps. Naturally, we have a high regard for Supercars racing, but it also commands a lot of respect internationally. When I’m overseas, I’m always hearing how great our racing is and there’s no doubt that reputation is well-deserved. After Darwin, we’ve had 10 winners in 13 races. Well, for lots of other championships, so many different winners would be beyond their wildest dreams.

You’re 72, well past potential retirement, so why do you keep doing this?

Because I’ve always loved motor sport and I enjoy it immensely. It’s a continual challenge. You never really know everything – situations happen that you’ve never experienced before – so it’s no different to being a driver or running a team. You’re continually looking to improve yourself or, in my case, the sporting regulations and the way races are run. So while I’m still able to talk without dribbling, then I’ll continue working. Healthwise, I’m hanging in there.

Supercars set to roar in Queensland