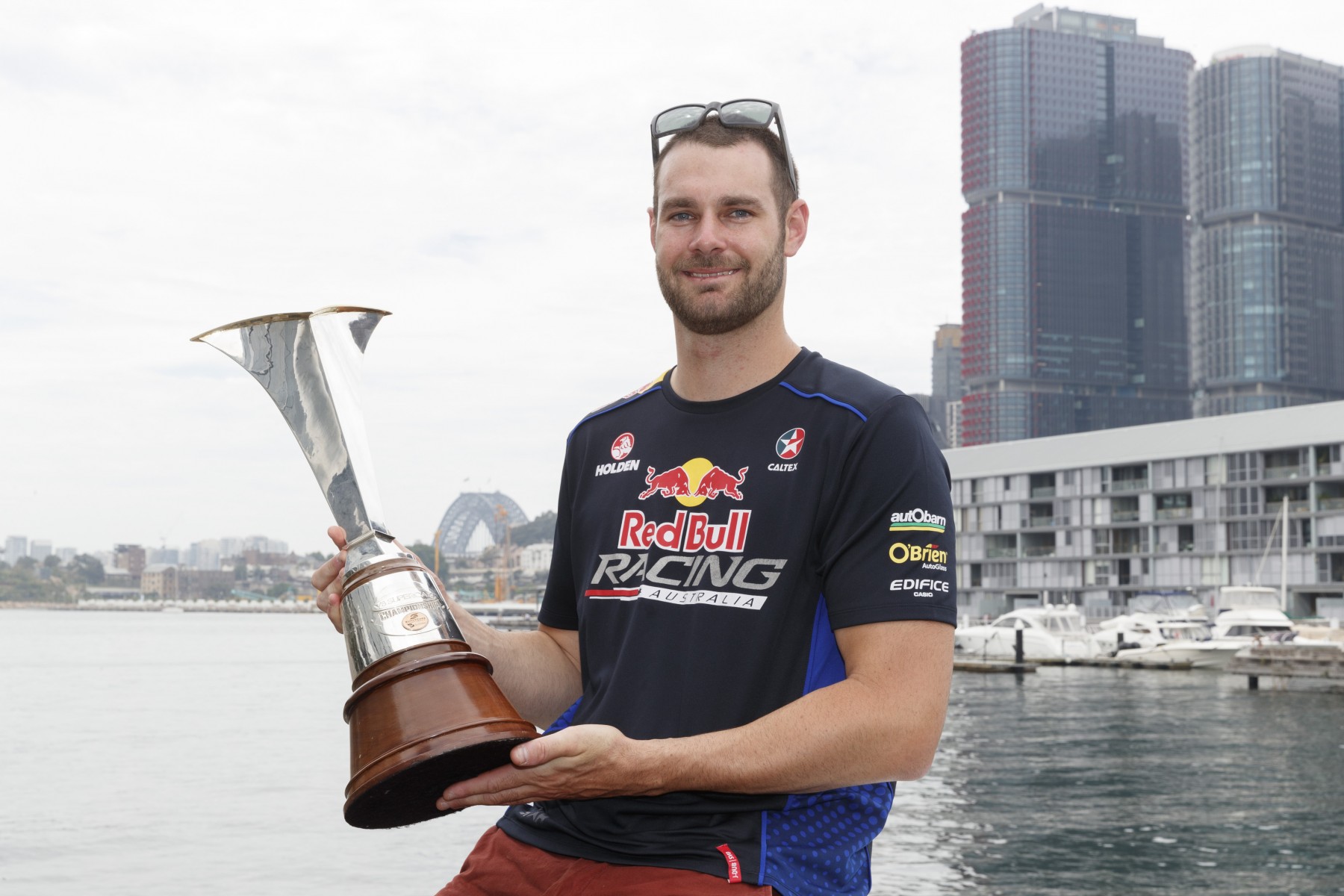 Kicking off FMWF’s return in 2017 is Shane van Gisbergen, who will defend his Supercars title with the new-look Red Bull Holden Racing Team.

The versatile New Zealander is also continuing his extracurricular activities in GT racing overseas, switching to Mercedes AMG and the IMSA series in the USA, starting with his return to the 24 Hours of Daytona at the end of next week.

As well, van Gisbergen will be out to repeat his Liqui-Moly Bathurst 12 Hour success at Mount Panorama on February 5 in another Mercedes move, joining Scott Taylor Motorsport in an AMG-supported assault.

But his main aim is to retain his Supercars crown, starting with the March 3-5 Clipsal 500 Adelaide in the racing debut of the Triple Eight Race Engineering-run Holden Racing Team.

Ahead of Red Bull HRT’s official launch in Melbourne on Thursday (tomorrow, January 19), van Gisbergen reflects on his championship breakthrough in 2016 and looks ahead to another busy season.

MF: How does it feel when you finally achieve what so far has been pretty much your life’s ambition?

SVG: I don’t know actually what the right word is. There are so many emotions and feelings that you do get that it’s hard to put it all into one word. Just crossing the line and seeing all the family and all the team, and especially at the team dinner on the Sunday night, seeing how much it meant to everyone, was all very special. It’s my first Supercars championship, but for some of them it’s their sixth or seventh drivers’ title, so it was pretty awesome to see that everyone was still so stoked about it.

When you knew you’d clinched the title as you crossed the line on the Saturday at Sydney Olympic Park, you teared up, didn’t you?

A little bit, yeah, which was a surprise. I don’t do that often. It was just an awesome feeling, just so stoked. The Saturday race was crazy in itself. I didn’t drive like myself at the start of the race. I was too conservative. I’ve never felt that before. The way I drove wasn’t really me. Normally, I just go for it. So I’ll be better prepared for that next time. It was the first time I’d ever been subject to that. But once the accident happened (collision with Winterbottom, triggering a PLP that dropped him to 22nd), just pushed on as normal and, yeah, it was pretty surprising to get back to third.

From that point, you were yourself again and it all came good.

Yeah, so obviously that’s something I learned there. You don’t need to change anything – just do your best game.

So what’s the long-term aim? Do you want to break Jamie’s record of six championships?

Oh, not really. I don’t go for records. As long as I keep enjoying it, I’ll keep going. I see a good future for our sport, with the tyre change in 2017 (new-construction Dunlops) and then the cars changing the year after (Gen2-spec new Commodore in ’18). As long as the series keeps evolving and changing, it’ll be enough to keep me coming back and keep the challenges fresh. For me, it’s been pretty awesome. It’s been a great year, but in 2017 we just have to keep building and keep having fun.

Of course, defending a title is always tough…

…and Jamie’s not going to give you any rest, is he?

No, exactly. I think that’s part of the fun. I would like to think that we both challenged each other last year and raised our game, and it’s only going to get harder and harder.

So you believe you lifted each other?

I think so, yes. His speed from Sandown onwards was massive. He really lifted his one-lap pace and his race pace, and I also became more consistent, which was probably at the expense of some speed. So in 2017 we have to find that balance (of speed with consistency) and maybe step it up a bit because everyone else is going to.

By halfway through the season, it was pretty obvious it was going to be between you and Jamie. When did you start thinking about winning the title?

Probably Sandown, but almost Darwin. We had a really good test before Darwin and then we had another good change of philosophy right before Sandown, and after that we weren’t off the podium. Got really comfortable with the car and finally got what I needed out of it because first half of the year, I really didn’t like driving the car. It was fast, but really hard to drive. A lot of mistakes. So once the car was to my liking, we were good.

How was it difficult for you to drive?

Just the set-up. All the parts were pretty similar to the (Triple Eight-built) Tekno car in 2015, but the set-up was massively different. So it was a bigger change than what I was expecting.

It was a fantastic year for you. Not only winning the Supercars championship, but also the Bathurst 12 Hour and the Blancpain GT Endurance Championship.

Yeah, I know, it’s going to be pretty hard to beat. I’ve been lucky to drive for such good teams in such competitive cars. It was a very cool position to be in.

Definitely. As I’ve said, we don’t drive enough – and that’s a problem with our sport. I see a few guys are now trying to do more GT stuff and production car racing. For me, if I’m out of the car three or four weeks, I feel rusty when I get back in, so always being in the seat is a good thing.

You won’t be able to race in Europe in 2017 because the calendars clash, but you’re going to do some GT racing in the States. Excited?

I am. It’s a new challenge. Different car, different style of racing. The American approach is very different, but the Daytona 24 Hours I’ve done (three times) have been a lot of fun, so I’m looking forward to trying something new.

You’re basically a shy person and you don’t really like being in the public eye. But it seems to me that you’ve come out of your shell a lot more since becoming a Red Bull driver. Did you have to become more outgoing?

Yeah, I guess so. We do so much more media stuff and I had some good training with the right people. I suppose it’s almost like racing. All the (promotional) stuff they’ve done is exciting and always different, so it’s not a hassle to do anymore. The media team at Red Bull does it very well.