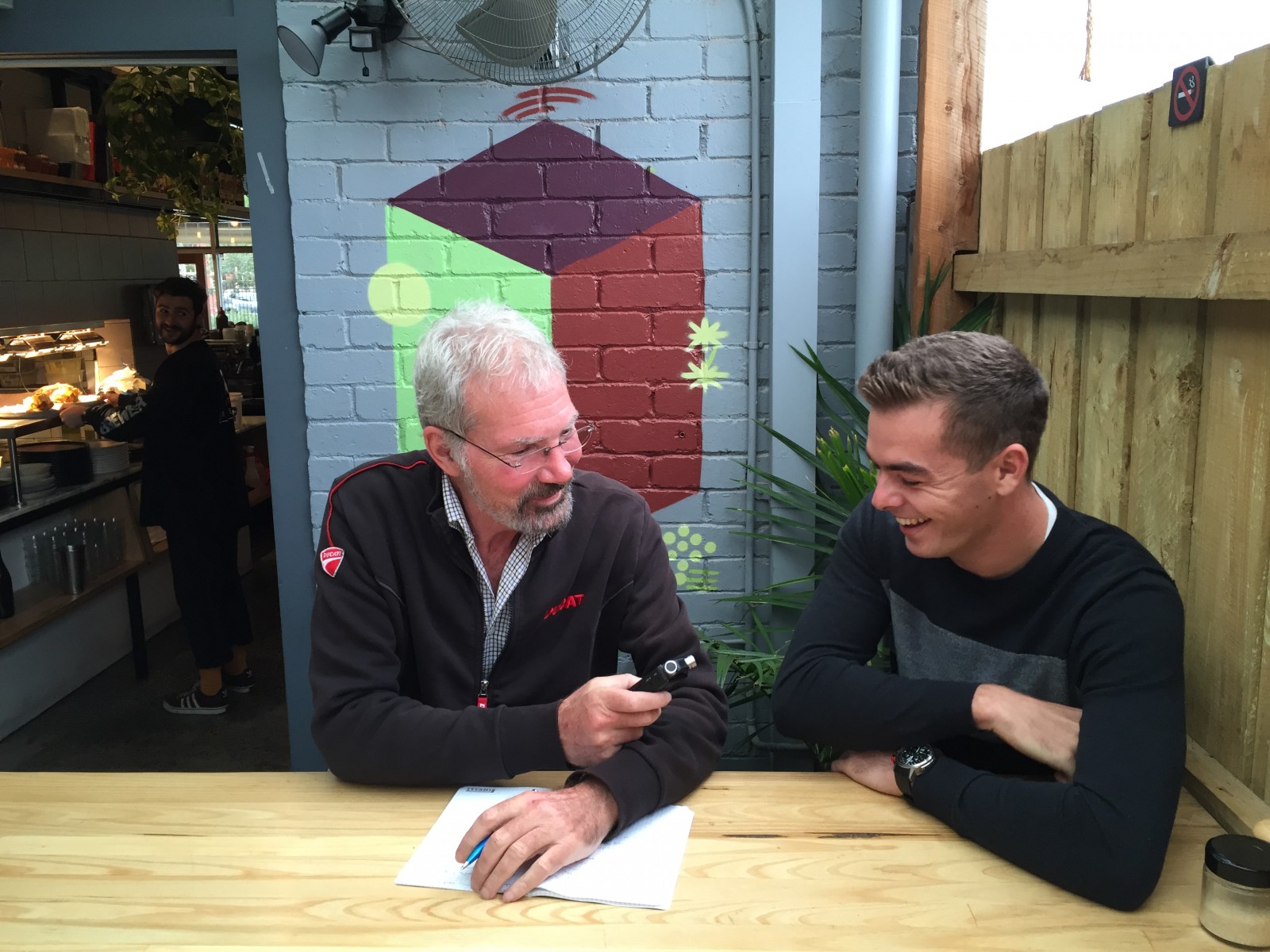 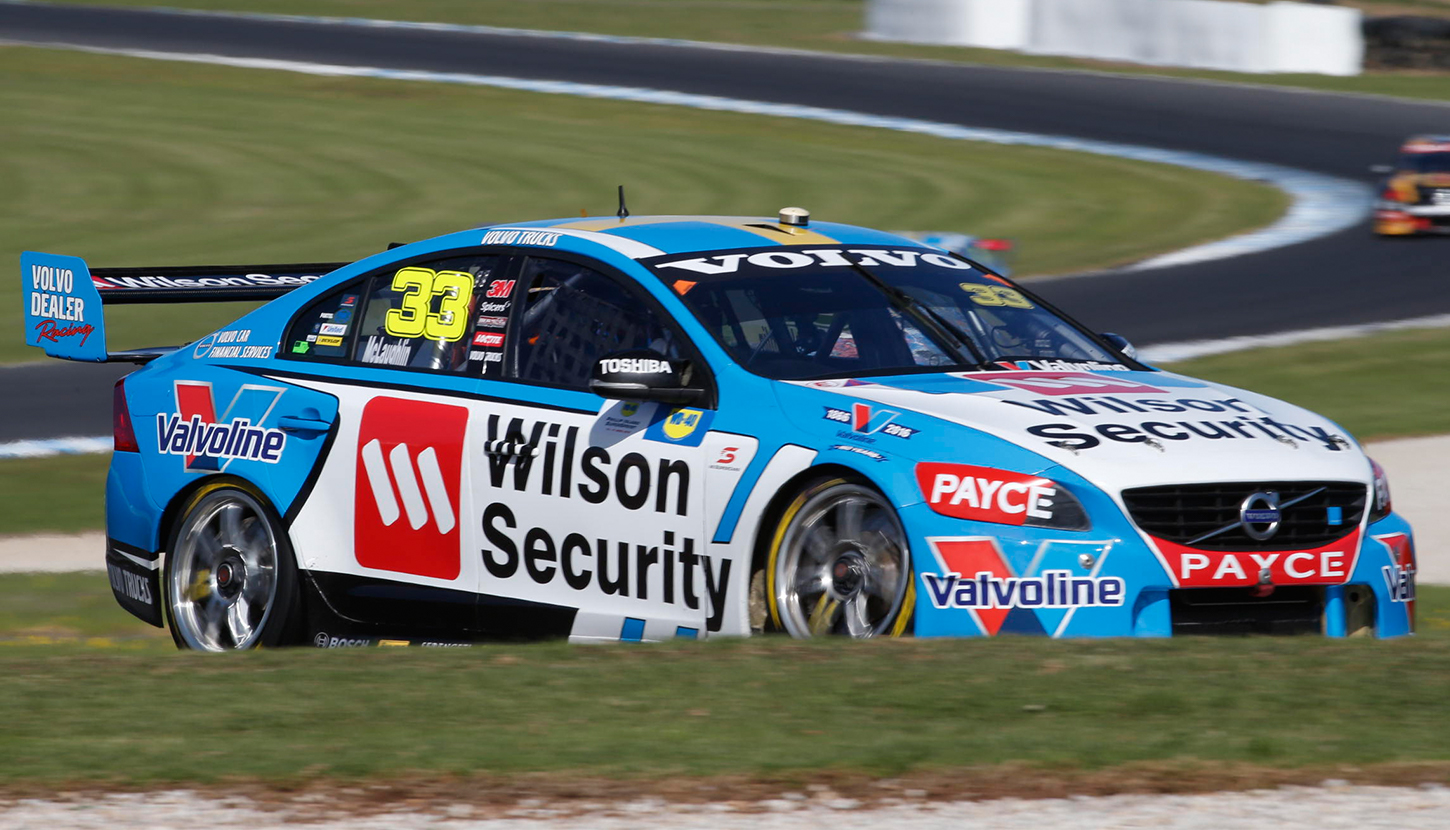 MF: Let’s go straight to the elephant in the room. What are you doing next year?

SM: Mate, I don’t know. Obviously, with Volvo pulling out, it makes me think about the future a bit more and what’s going on. But we have a really good shot this year, so I’m trying to put the team as far as I can in front first. I also have to look at what’s best for me, so I have to have a big think about it. Until I can sit down and talk to Garry about the future and what his plans are, I really don’t know what I’m doing because my intention was to stay with Garry – and is to stay with Garry – but now I don’t know. Without manufacturer support, it’s going to be a hard decision to make. So I’m just trying to work out all my different options.

Speculation has linked you to DJR Team Penske and many in the paddock already believe you’re going there.

I think I’ve been pretty open with you and all the media. I’m not saying discussions haven’t taken place, that I haven’t spoken to anyone there, but at the end of the day, nothing serious has been put in place. It’s more of a case of me needing to work out my options as a young driver coming up. I haven’t signed myself anywhere, I haven’t done anything. I’ve just been trying to find the pros and cons of each place, and at the moment, I’ve been very happy at Garry’s, so I just have to weigh everything up. Mate, I’m just trying to work all that stuff out. Obviously, now, the Volvo deal throws everything out of proportion, but I’ve been happy with Garry. Garry gave me my shot and at the end of the day, I’d love to win the championship for him and I really think we can do that this year. So my main focus this year is to try to get a championship for him.

As you say, Volvo pulling out at the end of the year changes everything, so why wouldn’t you go to DJR Team Penske?

Well, there are a lot of things to consider. Garry’s a bloody good salesman. You never know, he might have Mazda on the doorstep, he might have anything. So for me there’s opportunity with Garry because there’s possibly other things on the horizon. Also, I’m a pretty loyal person as well, so it’s a hard decision for me to just go “All right, well, they’ve packed up, stuff you, I’m going”. At the end of the day, I’m just trying to get the best deal for me on the table and be comfortable where I’m going. But like I said, loyalty’s a big thing for me. Garry’s been good to me and just because one bad thing’s happened to the team, I’m not going to throw the toys out of the cot and go.

So you’re torn between loyalty and opportunity?

Oh, 100 per cent. It’s a tough thing. For me, it’s about trying to understand where my team’s going first before I jump the gun and just go to a team that’s a complete unknown; that could be Penske, that could be anyone else. Like, I’m just trying to work out the best deal for me and then move forward with it all. Like I said, Foges, you have to suss all the options. I’m in no rush. At the end of the day, I’m in the lucky position where people are kind of chasing me and I guess you could take that as being cocky or whatever. But I feel like I have a big card to play, and I feel like I just have to take my time with it and make sure I choose the right option. But at this point in time, it’s staying with Garry.

You’re still under contract to GRM until the end of the season, but Garry’s been very relaxed about you talking to other teams. He’s not holding you strictly to the letter of your agreement, is he?

No. He said to me “You’re a free agent”, so as I run all my deals myself, I have to learn how to take all that in. I get a phone call here, a phone call there, and you have to try to manage all that stuff. Garry’s never stopped me from talking to anyone, never said “Well, you can’t speak to anyone, this is how it’s got to be – this is my deal, you can’t speak to anyone else”, so he’s pretty open like that. He’s a former used car salesman, so he understands all that sort of stuff! I feel that Gazz has been a really good role model for me and I really enjoy the type of relationship we have. It’s not just a driver/boss sort of thing. It’s a bit more of a friendship. That’s why it’s such a hard decision for me.

You don’t seem at all uncomfortable about being the main player of this unusually early ‘silly season’.

No, no. It’s not a bad thing when you’re in demand. That’s a cool thing to happen and a confidence-booster in itself. Yeah, a lot of people say “You shouldn’t look after (manage) yourself, it’s a distraction”, but I enjoy that sort of stuff. I’ve always enjoyed looking after my sponsors myself and have done for the past few years. But when I put my helmet on, I just get on with it. If I do the right thing on the track, then it’s just going to take care of itself.

Why are you managing yourself?

I just enjoy that side of the business – because it is a business – and I guess I’m greedy. I like to keep it all for myself! [laughs]