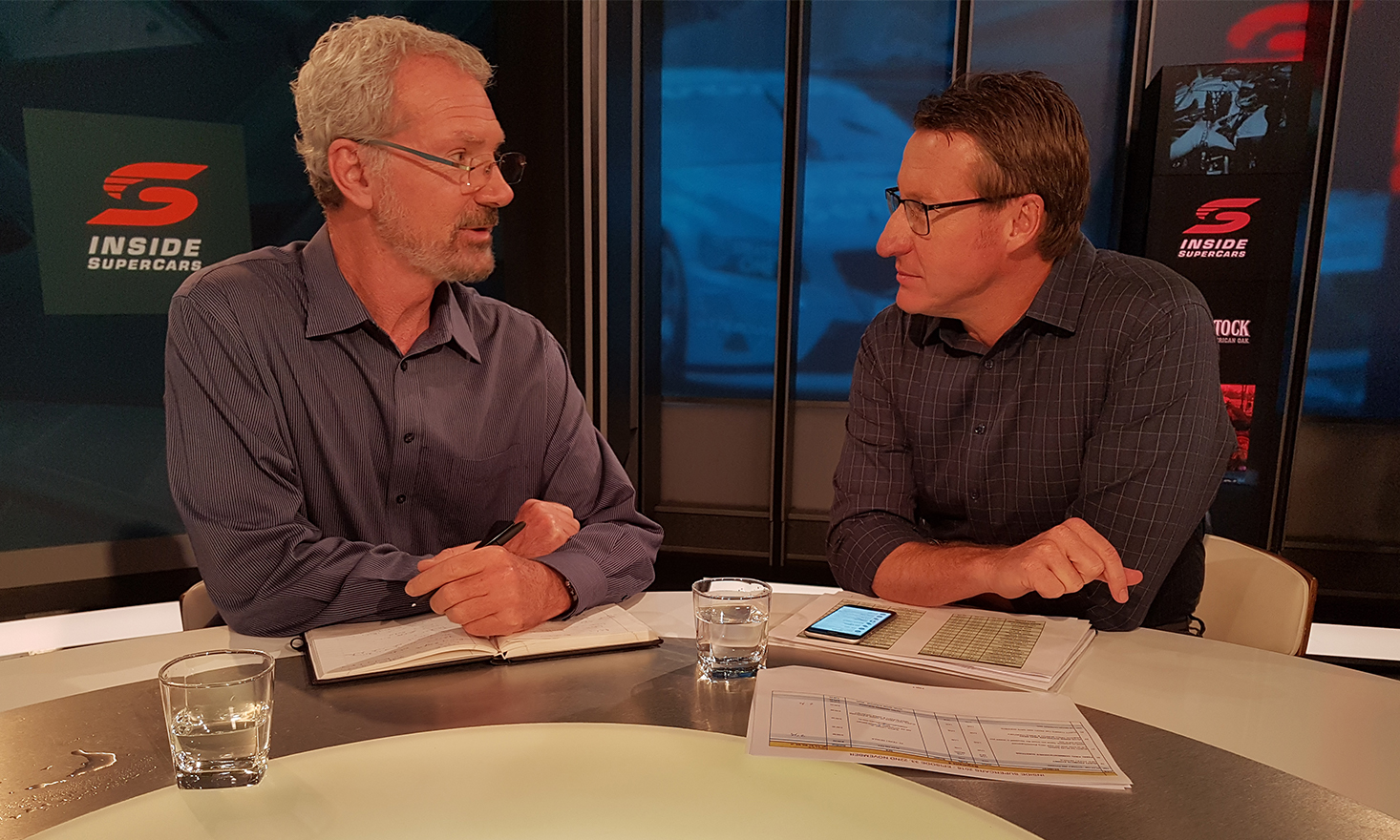 The latest is living legend Mark Skaife, one of the all-time greats with five ATCC/Supercars championships and six Bathurst 1000 victories.

In retirement, Skaife has excelled as an authoritative observer of the sport in his roles as co-commentator on the Supercars telecasts and Fox Sports analyst.

Ahead of the title-deciding Coates Hire Sydney 500, he discusses the shootout between Shane van Gisbergen and Jamie Whincup, and the event’s move to the streets of Newcastle next year.

MF: Let’s go straight to it: Who’s your pick for the title and why?

MS: Van Gisbergen. I think the gap is insurmountable, going into a 300-point weekend with a 191-point lead. I think if Shane does what he’s done all year, and maintains the form that he’s shown and the way that he’s driving the car, I can’t see Jamie being able to bridge that gap.

But you’d never count out Whincup, would you?

Not at all. He’s driven very well this year. There have been times throughout the course of the season that he’s just been fantastic. And it’s been a year-long struggle between two of the very best operators, so we’ve witnessed a classic year of rivalry within the No.1 team.

What’s been Shane’s advantage over Jamie?

I don’t think you can confine it to what’s the actual advantage. I think the biggest aspect of the year has been the highs and lows, and for Shane, Triple Eight has done a really good job of providing him with a more consistent car than he was previously used to and they’ve also worked hard in terms of coaching him on his application week-in, week-out. And I was one of the ones who said that his overall consistency needed to improve. Some of the bogey circuits needed to get better and he definitely stepped up at those bogey circuits. So overall, it’s been an excellent  season for him. And if you take a couple of the big mistakes, then he probably should have wrapped the series up already. You know, the drama at Symmons Plains (when he slid off on oil in the Sunday race) cost him 150 points and the restart drama at Darwin (in the Saturday race) cost him roughly 100. So if you have a season like he’s had and you put it into perspective, it’s a stellar performance regardless of who his teammate is.

With all due respect to Craig Lowndes, until this year Whincup owned Triple Eight. Do you think it was a shock for him to have someone come in and immediately challenge him?

Yes and no. I think Jamie actually thrives on the competition. There have been weekends, and there have been acts of car control and aggression, that signified that, and demonstrate his willingness to put himself out there and throw it all on the line. And I think Jamie, because of the incident at Bathurst, didn’t really get the kudos that he deserved for his performance there. I mean, he just dominated the weekend. So if you track the year, and look at the level of consistency and the performances, I think he’s really flourished and I think he’s driving as well as I’ve ever seen him drive. But, yes, he has a very strong teammate. You either like that or you don’t – and I’m sure Jamie likes it.

If there hadn’t been the mess at Bathurst, the points gap would be a lot closer and in all likelihood we’d be looking at a very different title fight. Did Whincup throw it away there?

In hindsight, I think he did a bit, Foges. He didn’t need to make that move down the inside of McLaughlin, even though clearly it was on. It was a bold move and one he probably didn’t need to make. No one knows other than the driver because you can have all the engineering chat, you can be coached from the pit bunker, but when another guy makes a little mistake and you have a run on someone, it’s innate, it’s ingrained in your driving psyche to be spontaneous and take the opportunity. And the day that you don’t do those things, it actually affects the way you go about your racing and it affects the way you enjoy your sport. So it’s easy to be critical and from the armchair perspective say ‘Mate, you probably should have been a little more conservative and that may have delivered you the win in that race’.

We’re farewelling Sydney Olympic Park and also Sydney’s marquee event. Are we going to miss it?

I think we will miss it. The Sydney Olympic Park track looks relatively boring and sedate, but it’s far from that in reality. It has a lot of character and is really difficult racetrack, and it’s delivered some sensational races. So on one hand, I’m sad. On the other hand, I’m happy that the Newcastle replacement has been able to be delivered. To me, the Newcastle event, when I look at that place – and I understand that area pretty well, growing up not far from there (Gosford) – I think that’s going to be one of the real signature events. To me, moving it to Newcastle will have a profound effect on our game.

Will the track be better for spectators and also challenging for the drivers?

Absolutely. We’ve put a huge amount of work into delivering up a really good racetrack with great character and great elevation change, showing off the vista and the beautiful aspects of Newcastle’s coastline. It’s a heartland sporting town, absolutely Supercar territory. I’m often accused talking these things up too much, but for me, it’s not a five-year event, it’s a 25-year event. This has the makings of being an Adelaide-style event in terms of capturing that part of Australia and bringing people from the Hunter Valley, the Central Coast and even up into Nelson Bay and Shell Bay, and all those areas through Port Stephens.

In February you’ll be making your return to Bathurst in the 12 Hour. You’ve resisted comebacks since you stopped racing, so why is this different?

It started with Tony Longhurst wanting to have a go in the latest BMW M6 GT3 and he spoke to Russell Ingall, and Russell spoke to me about it. It flicked a bit of a switch in that since Russell and I have been working together at Fox Sports, we’ve been getting on well, unlike when we were racing against each other. Once upon a time it would’ve been unheard of for he and I to be driving together. So that and teaming up with Tony again were the attractions. Also, Foges, I’ve been missing it. To be perfectly frank, I’ve gone cold turkey a bit and it’s hard. It’s a big void in your life in terms of the level of competition and just driving the car. I love the challenge of driving that car. It’s a lot different to what I’ve been used to – it’s much more open-wheeler or sports car-like in terms of the way it achieves its speed. The car’s way better than I am. I’m still not driving as well as I’d like to and after not having driven a race car properly for almost four years, it’s probably not really the sort of car that you should really come back in, to be brutally honest. I mean, it’s very much a confidence car and a car that you need to have your wits about you because it’s seriously fast. So I’m making it as nice and as comfortable as we can, but I know at the end of the day that it’s not something that you’re going to see me doing lots of. At the same time, though, it’s something I’m genuinely enjoying at the moment and I’ll just take it for what it is.

Are you going there to win?

Well, I honestly don’t think that we will be genuinely fast enough to win. However, we will be, I think, experienced enough not to get caught up in too much drama and with (ex-F1 racer) Timo Glock on board with Russell, Tony and I, if we stay out of trouble and we’re in contention with an hour to go, who knows? But we should be up there somewhere. It’s a matter of not knocking a corner out of it. With such a long race and so much to play out, it’s about being patient. A little bit of experience won’t go astray there, Foges.