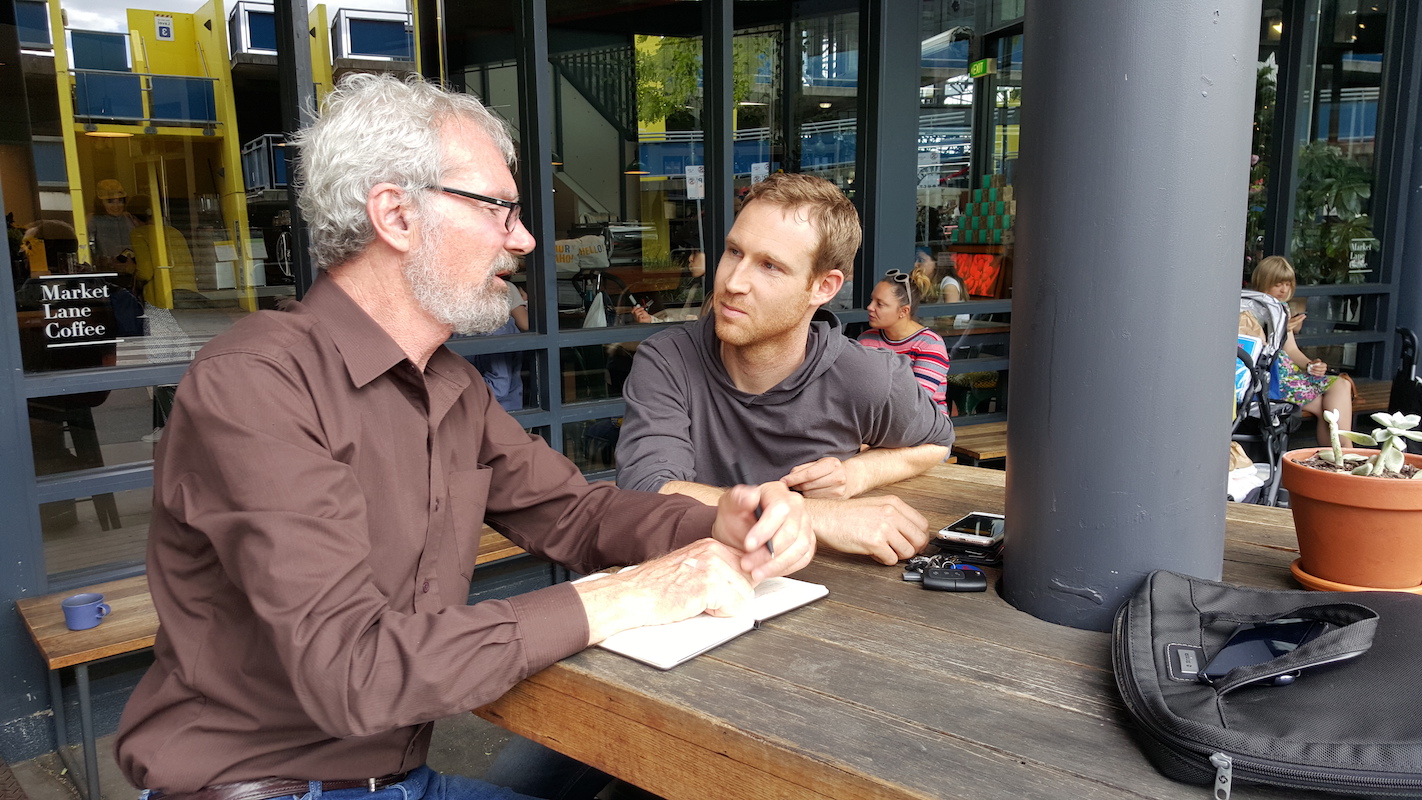 In a new regular feature, V8 Supercars personalities open up to our probing pundit in a rapid-fire format.

The latest is David Reynolds, the zany ousted Ford front-runner whose switch to Erebus Motorsport coincided with the colourful team’s move to Melbourne and change to Holden.

MF: First off, is this Crazy Dave or sensible David?

Never quite sure with you.

I can turn it up for entertainment value if I want to. I’m always a sensible bloke – it’s just that I may say silly things from time to time.

You’re known for your quirky sense of humour, but a lot of people mistake that for you not being serious about your racing.

Yeah, that’s true. But just because I enjoy life doesn’t mean that I’m not serious about my racing. To be honest, every time I drive out of pit lane, it’s very serious. And also off-track stuff, like dealing with sponsors, you have to be serious. But they also want to see that you’re a human being and a good bloke. They don’t want someone they can’t relate to.

Your quick wit has got you into trouble, though.

It’s not really quick wit. Half the stuff is planned. But the funniest things are often off-the-cuff and in the moment. I probably spent a lot of my childhood watching comedy shows and stand-up comedians, and I still watch a lot of that. It might accidentally come through sometimes.

You say a lot of your pranks are planned. For example?

Well, my large fine ($25,000 for comments deemed sexist at Bathurst last year). That wasn’t a planned thing, as such. It was just what I suppose you’d call a colloquialism to describe that car (all-female wild card entry). But it wasn’t spur of the moment. I didn’t make it up. I stole it. It’s from the Quentin Tarantino movie Reservoir Dogs. I always steal ideas from other people.

Did those comments cost you your job at Prodrive Racing Australia or were you already a ‘dead man walking’?

Well, I don’t think so because when they re-signed Chaz (Mostert) earlier in the year, I was ahead of him in the championship and I knew it was going to be a hard slog from there on in. So that didn’t seal my fate. My fate was sealed a long time before Bathurst. I believe so, anyway.

Moving on, your girlfriend Tahan Lew-Fatt is a model. How did that happen?

Well, she was a Bollé grid girl in 2012. She did the odd round and we happened to talk a little bit, and then she came over to my house one day and she never left. She’s great. We have a great relationship.

So what was it that attracted her to you?

I don’t know. You’d have to ask her that [laughs]. Do you want to call her? You can ring her.

No, that’s OK. How into racing is Tahan?

She actually hated it to start with. She thought it was really silly and didn’t understand it. She’s around it a lot now, and is kind of understanding it and liking it. It’s been an interesting turnaround, from not enjoying it at all to coming to every race.

Was your move to Erebus a good option or the only option?

I saw it as a good option. It’s a brand new team and I know it’s going to take a while for everything to gel. But it’s been a very good change. I’m really enjoying it. If we build a successful team, I’d get a lot more satisfaction from winning with this team than I would at any other team.

Can you win with Erebus?

It’s going to be very difficult – but anything’s possible as long as we always remain focused on the task and never forget that. We have good people, but it’s very, very early stages with this team. It’s going to be really tough, so we have to take a long-term view. It just takes time to build success. It doesn’t happen overnight. It’s not like Pantene Pro V, which can change your hair overnight – apparently.

You and Betty are both unconventional characters. How’s that working?

Really well. Betty’s awesome. She’s just so passionate about racing. Even though I want to win and be on pole, she’s obviously looking at the long-term view. She puts in at the track, always making sure you’re OK, that you’re drinking enough water, stuff like that. She’s kind of like a mother figure. It’s kind of cool.

So far, you’ve had mixed results, highlighted by a fifth in that chaotic Sunday Clipsal 500 Adelaide race. Can you get up there again at Symmons Plains?

Absolutely. It’s an easy track to go well at. But it’s also a very hard track to go well at, if you know what I mean? Technically, there are only three or four corners you have to get perfect to be up the front, but it’s also very difficult because the field is very, very, very close. If we can get all our little one percenters right – you know, our body fit, our engine and mechanicals – of course we can have a great result. 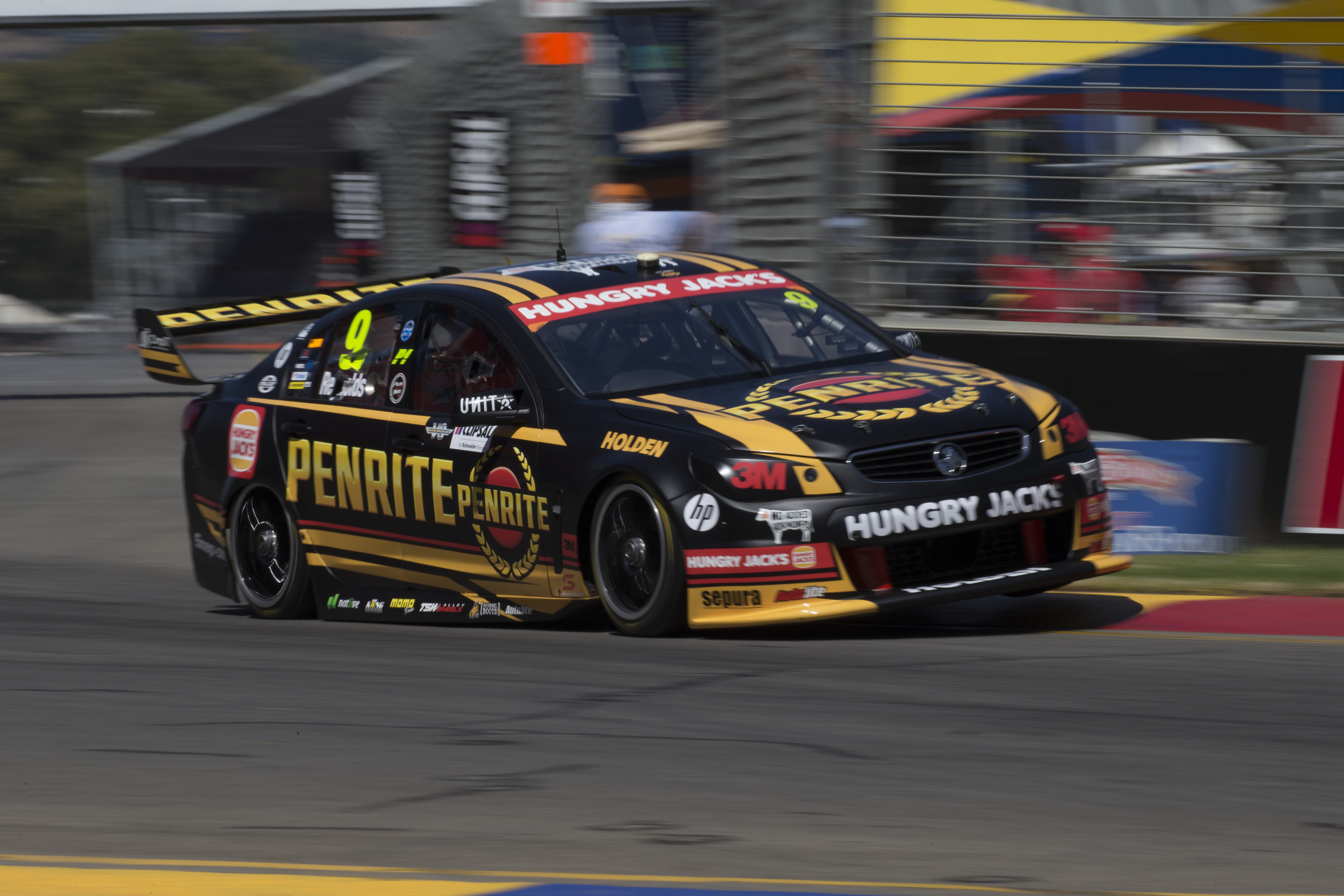 Moffat’s vow: we will race at the front