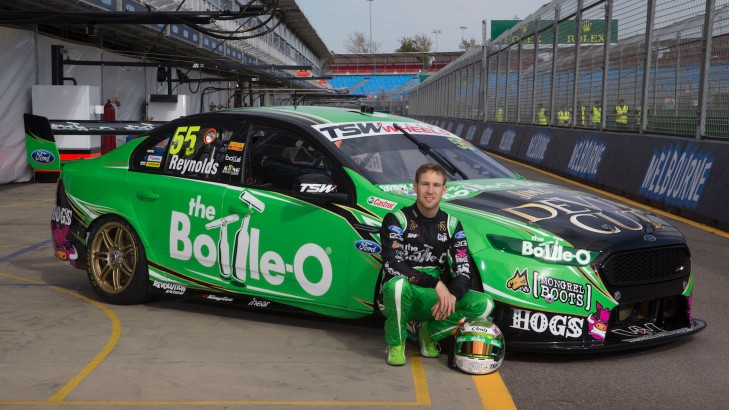 The Bottle-O Falcon broke cover today at the Albert Park street circuit, and driver David Reynolds is raring to hit the track.

"It will be good to have something fresh and updated. Going by the current reports everyone is happy with the new model.

"It looks good; from my experiences at homologation it will drive well so fingers crossed everything goes the way we want. To debut the car at the Grand Prix is even better so I can't wait." 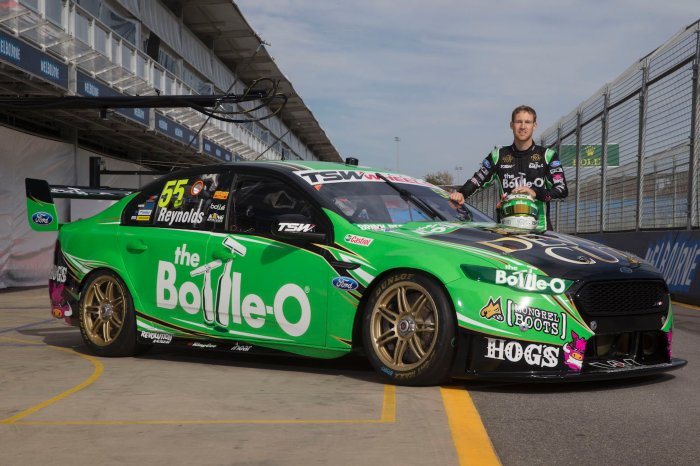 After an unfortunate incident in the closing stages of the final race at the season opening Clipsal 500, there was some concern Chaz Mostert's accident would affect the team's schedule for Reynolds' FG X. But it's all go for the blue squad, and Mostert will also return to the track in his repaired car.

Reynolds is raring to get behind the wheel of the improved Falcon for this week's four support races, with the event beginning on Thursday with two practice sessions and qualifying.

"I'm looking forward to driving the FG X because it will be good to have something fresh and updated," The Bottle-O racersaid.

"Going by the current reports everyone is a lot happier with the new style of car.

"The Grand Prix will be a really good opportunity for me to get in the car and learn as much as I can about it before Tasmania.

"The Albert Park track is quite aero-dependent, so hopefully that will help us a bit. I have had mixed results at that track so it mainly depends if we get our car setup right and do a good lap."

Another opportunity to get behind the wheel at an aero-dependent track, having also identified a number of changes he would like to be made to the car, is important for Pepsi Max Crew's Mark Winterbottom.

He sits seventh in the Championship - 56 points behind leader James Courtney - after a lackluster Clipsal 500, an event he has never won in his 10 years at PRA (formerly FPR).

"We need to make a few improvements because it wasn't good enough at Adelaide, so we'll try and get on top of a few things this weekend," Winterbottom said.

'Frosty' believes the Albert Park street circuit will be better suited to his FG X and is hoping to get a boost from the event, with the turnaround to next championship round Tasmania very short.

"The Grand Prix is a really good round and we need a good result to get our confidence back so this is the perfect opportunity," hesaid.

"The test at Eastern Creek produced good results but we were let down a bit by what we saw at Clipsal so hopefully we can get a bit of speed back at the Grand Prix.

"We go to every race trying to win and this one is no different ... time will tell if we've done the job or not."

Reynolds is the next PRA car in the Championship points in 13th - one position behind Marcos Ambrose, who is also campaigning an FG X - and Mostert is back in 22nd after his big accident.

Last year, Mostert finished the opener 23rd in the points but managed to climb to seventh by the end of the season.