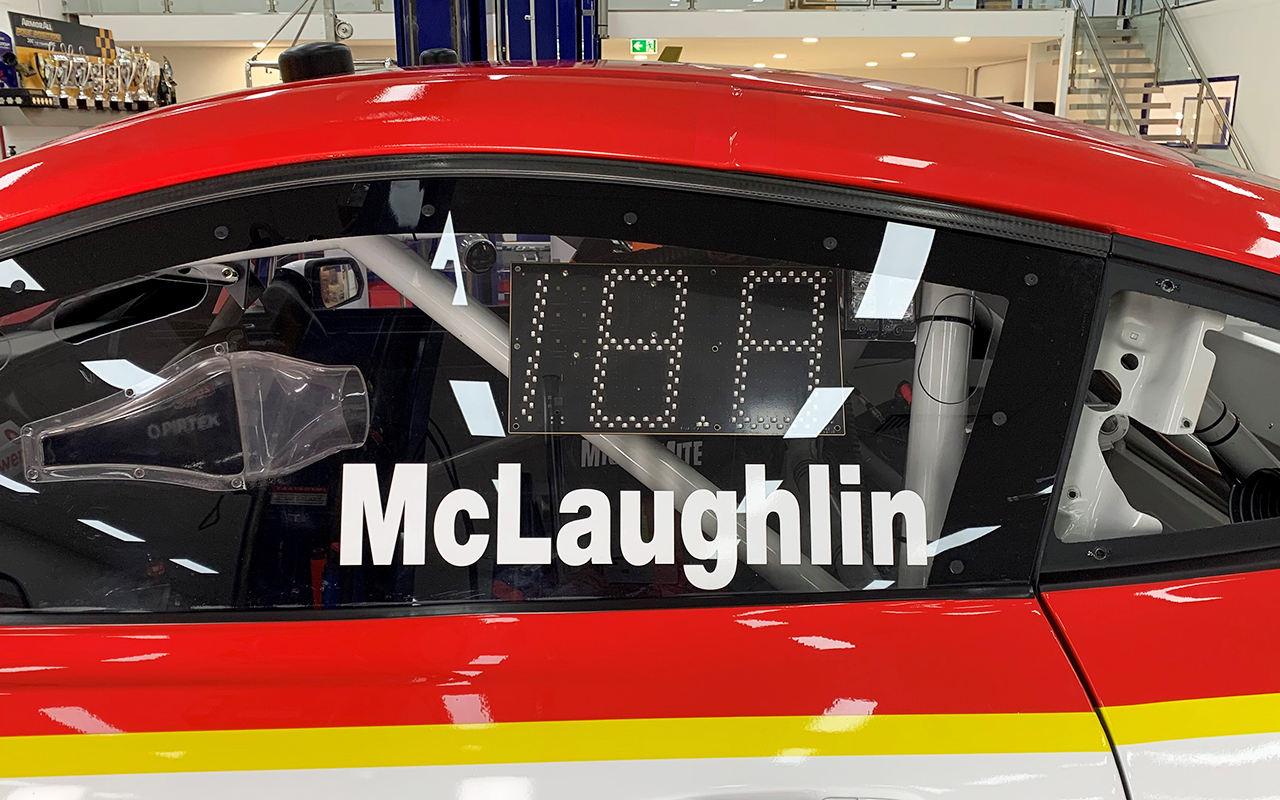 The first of the new LED informational panels to be trialled at the Watpac Townsville 400 has broken cover.

As previously reported, Supercars will run the LED info panels on selected cars at the North Queensland event in a move designed to help fans follow the track action.

The panels can be programmed to provide a variety of race information, including current position, car number, pitstop time and an abbreviation of a driver's name.

Three different kinds are set to be trialled, two Motec systems - one used in GT racing and another from IndyCar and IMSA sportscars – and a version from European firm Lumirank.

They will be run in the left-hand passenger windows for the trial in Townsville, replacing the standard number stickers.

Shell V-Power Racing is the first to show off the LED panel, having installed it on Scott McLaughlin’s #17 Ford Mustang.

Seven cars are expected to take part in the trial, with Triple Eight, Kelly Racing and Walkinshaw Andretti United among other teams taking part.