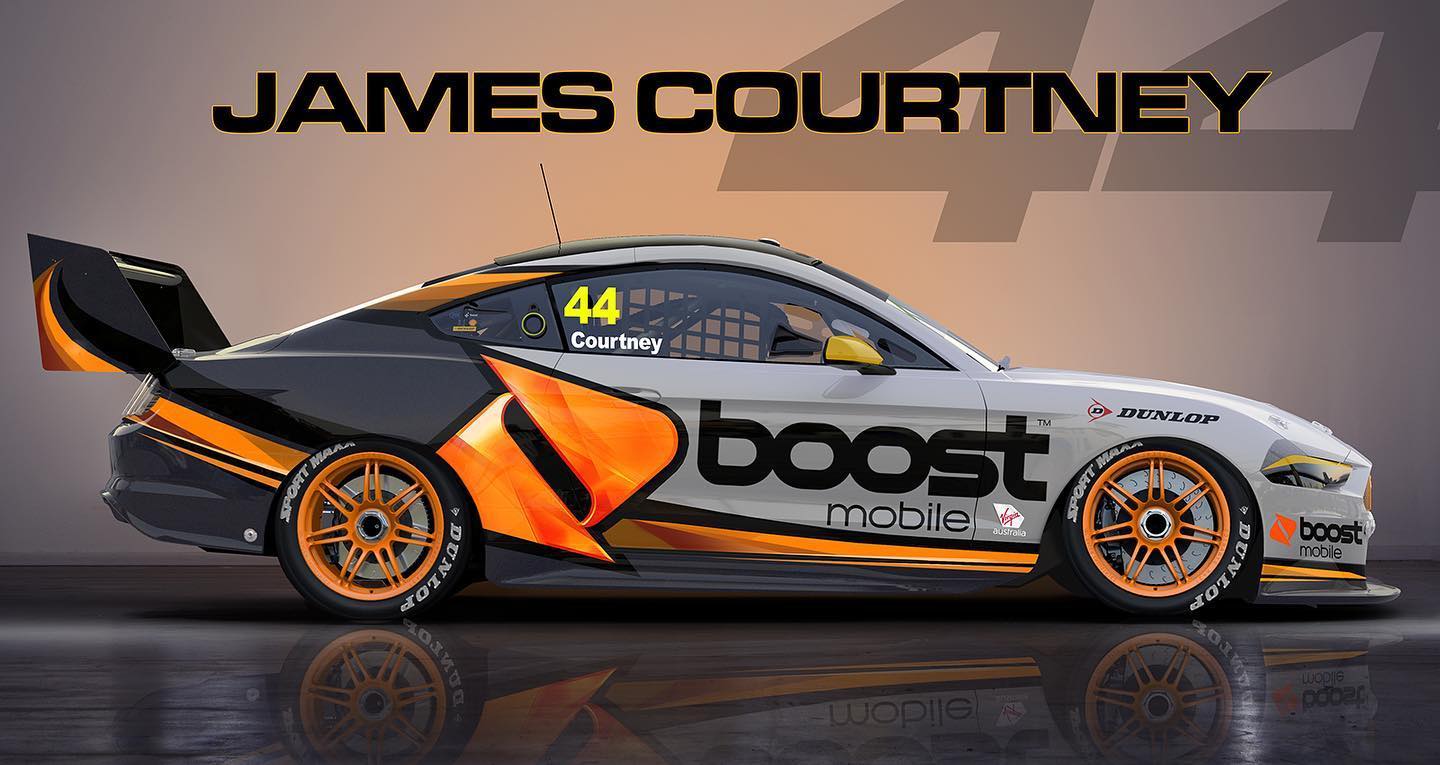 James Courtney has offered a first look at how his return to Ford might look next month.

The Tickford Racing recruit, who along with Boost Mobile stepped into the Mustang vacated by 23Red Racing’s recent departure, took to social media to give a glimpse of the orange, silver and black livery.

Courtney has not raced for the Blue Oval since 2010, when he won the championship for Dick Johnson Racing.

He nearly headed to Tickford for the following season before settling on the Holden Racing Team.

After nine years at Clayton, the 39-year-old moved to spearhead Team Sydney but they parted ways after a single event.

The timing of the COVID-19 lockdown however means he will not have missed a single race by the time he debuts for Tickford; thus he realistically could find himself in the title hunt if he gels quickly with the squad.

Courtney will run the #44 on his Mustang per the number he used in his early racing days.

With no certainty that he will join the BP Supercars All Stars Eseries for the remaining three rounds, Courtney and his Boost Mobile Racing Mustang may next be seen at Sydney Motorsport Park on June 27-28 for the long-awaited return to racing.

James Courtney  ›
Stay In The Know
Sign up to the Repco Supercars Championship Newsletter
We use cookies to ensure that we give you the best experience on our website. If you continue to use this site we will assume that you are happy with it.Ok