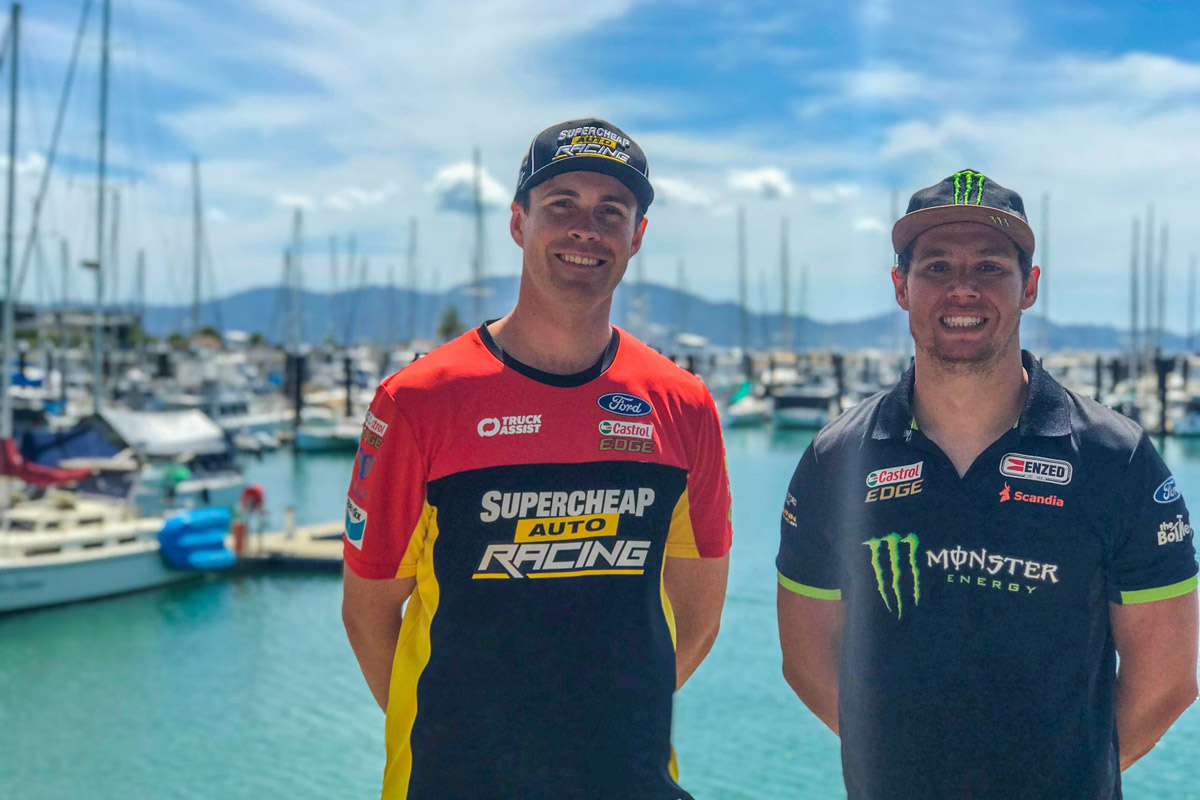 Tickford Racing’s Cameron Waters and Jack Le Brocq are among the first Supercars drivers to land in north Queensland ahead of the imminent Townsville doubleheader.

Having each been affected by a DNF at the recent Darwin round, the duo arrive eager to make their mark.

“Townsville is one of my favourite places to come and race,” said Le Brocq.

“I just like being up here; it’s sunny, the track is awesome, a street circuit, plenty of bumps and kerbs. It makes for some pretty exciting racing.”

For Waters, who showed strong pace last weekend besides a collision with Jamie Whincup, Townsville offers a chance to regain ground in the championship.

Waters scored an ARMOR ALL Pole and podium last year at the street circuit, and enters this time around buoyed by their form on the streets of Adelaide in February.

“We had a very quick car in Adelaide and our set-ups have changed massively since then to suit SMP and Darwin, so we probably go back to what we had in Adelaide and know we’re probably going to have a pretty good thing,” said the Monster Energy-backed driver.

“There’ll be a little bit of tuning obviously here, the track changes so much across a weekend as it rubbers up, so staying on top of the car and making sure you are chasing the track a little bit as well will be pretty key.”

In addition to three 39-lap Supercars races, the NTI Townsville SuperSprint this weekend will feature close to 40 competitors in support categories.

A second Townsville event will be held on September 5-6.