Fireball in for Holdsworth’s milestone 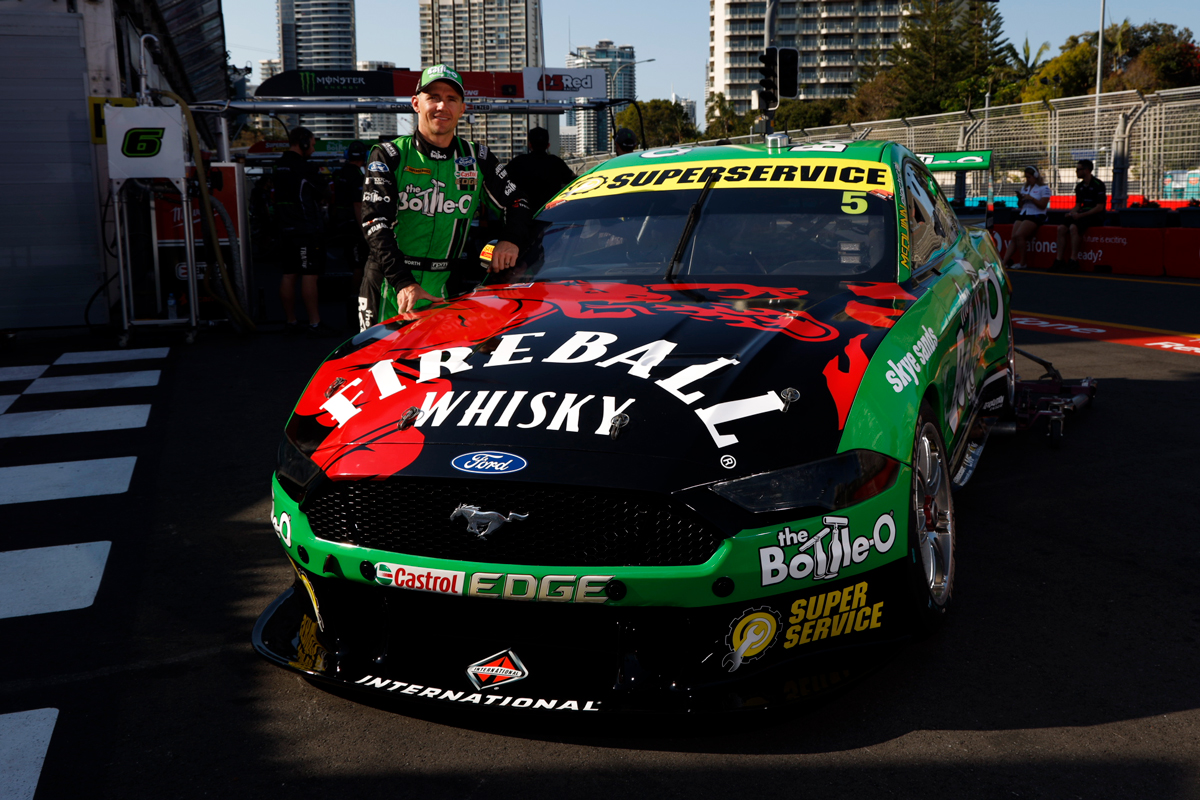 Lee Holdsworth’s The Bottle-O Mustang will take on a dollop of red for his 200th Virgin Australia Supercars Championship round with Fireball Whisky coming onboard this weekend.

Adding to his usual green and the recent addition of Super Service’s yellow, the #5 Ford will carry Fireball’s black and red across its bonnet at the Vodafone Gold Coast 600.

It makes for an eye-catching livery for Holdsworth’s milestone round as he becomes the 17th driver in history to reach the double century.

“It’s a bit hard to believe this is my 200th round,” Holdsworth said.

“To be honest I feel pretty lucky, not a lot of guys have gotten to that mark.”

He has since become a three-time race winner in a career that has taken him to Garry Rogers Motorsport, Stone Brothers Racing, Erebus Motorsport, Team 18 and now Tickford Racing. 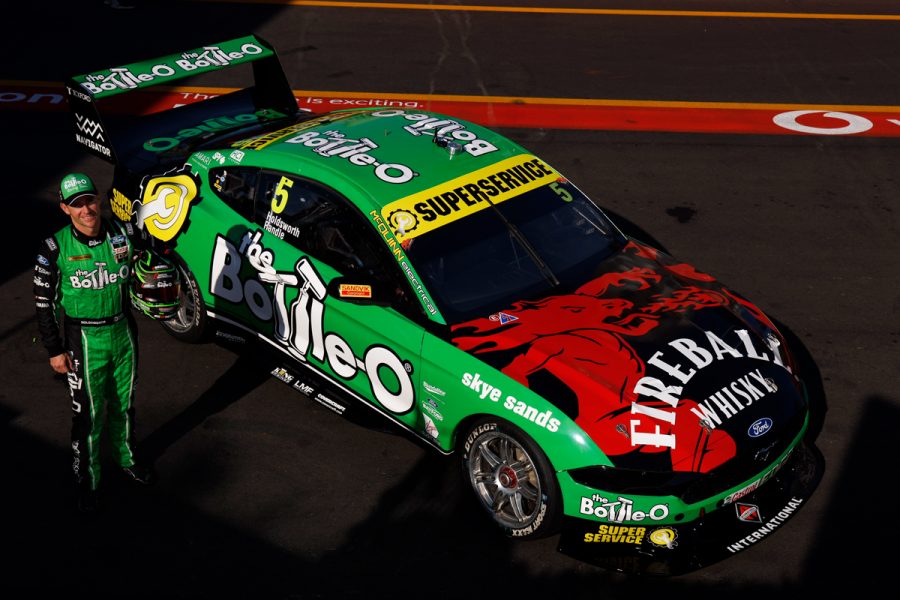 Holdsworth has shown regular glimpses of frontrunning speed in recent rounds – including a front-row start in Pukekohe – and is coming off a ninth-place finish at Bathurst alongside co-driver Thomas Randle.

“We definitely feel like we’ve got unfinished business after Bathurst,” he said.

“We felt we were in position to put The Bottle-O car on the podium, so we’re determined to get up the front this weekend.

“I grew up in Queensland, and I’ll have some friends and family at the track, so hopefully Tommy and I give them something to celebrate.”

Having taken three victories on his last visit to the Gold Coast in a Formula 4, rookie Randle is eager to deliver a top result at the second leg of the PIRTEK Enduro Cup.

“I think we have a really strong package, Lee’s on top of his game, and I think we had quite a good showing at Bathurst,” Randle said.

“Hopefully we can have a really strong weekend. I’m not going to have much track time prior to the race, with just the one co-driver session on Friday, but I’m up for the challenge.”