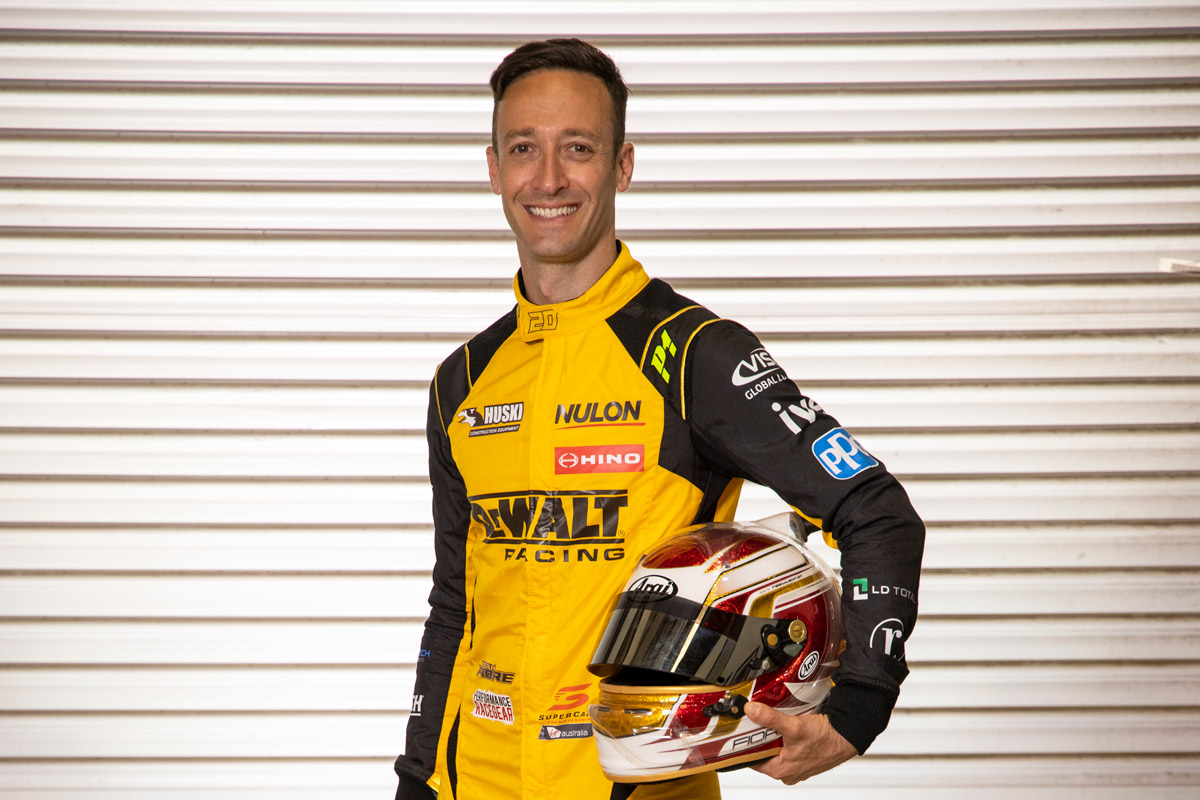 Popular West Australian racer Dean Fiore has been coming to Mount Panorama for more than a decade and he might just have his best shot yet at some Bathurst glory this weekend.

Fiore had a string of solid outings in the 1000 during a five-year tenure with Michael Caruso at Kelly Racing – including a career-best sixth in 2017 – before enduring a tough run last year paired with rookie Garry Jacobson.

He signed with Team 18 for this season after being approached by Mark Winterbottom.

Fiore will co-drive with Winterbottom’s teammate Scott Pye and it’s fully within the realms of possibility that they could factor as a dark horse on Sunday given the DEWALT Commodore’s consistently superb race pace.

Across 161 racing laps around Mount Panorama, there will be no shortage of opportunity to display that once more.

“I’d been recording the races during the day and watching them at night back home in Perth and really enjoying what I am seeing,” Fiore told Supercars.com.

“And just talking to Scott and Phil [Keed, engineer] and Charlie [Schwerkolt, team owner] in between about where everything is headed and the way the team is building, it’s super exciting.

“The car has shown that it does have exceptional race pace; let’s just hope that we can nail that again for the biggest race of the year.”

The team’s 2020 competitiveness, headlined by a trio of podiums for Pye, has come as no surprise to the 36-year-old.

“They basically signed me at a point where they didn’t know which car I was going to be in and I was comfortable with either… all of the markings were there in terms of the team being able to race forward,” said Fiore, who works in property development.

“Charlie is a very committed, driven human being and with Mark’s influence quite strong as well, and he’s been there and done it, there was a lot of good things happening from that perspective in terms of personnel.

“I really believed what they were trying to convey so it was a no-brainer for me.”

Like many co-drivers, Fiore enters opening practice at the Supercheap Auto Bathurst 1000 tomorrow with minimal recent laps under his belt.

“The important thing is just to understand what you are there for and I have an acute understanding of what I need to do and what my role is in the team,” he said.

“I’ll just go ahead and execute how they want me to, basically. I’m not there to set the world on fire, I’m just there to do my job.”