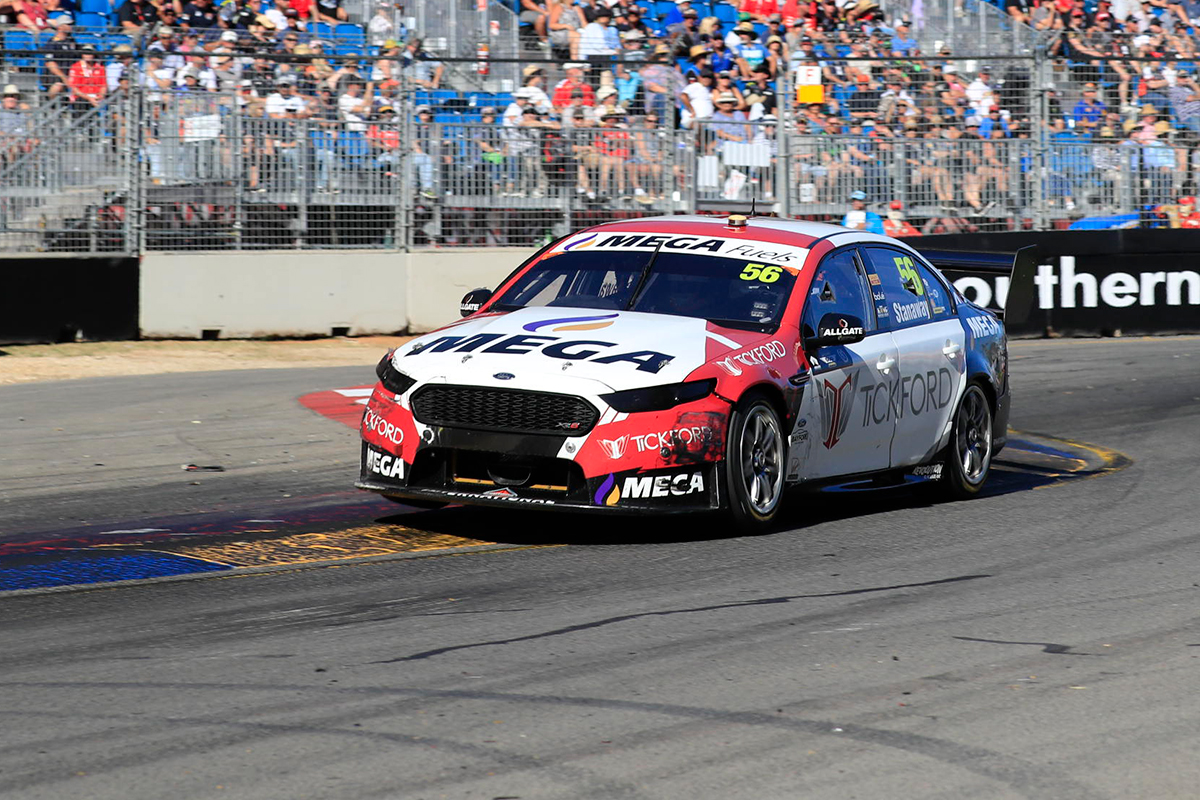 A driveline failure on the final lap robbed Richie Stanaway of top rookie honours in an action-packed day for the Tickford Racing recruit.

Despite earlier incidents with Fabian Coulthard and James Golding, Stanaway was running 18th and the highest of the first-year drivers when he ground to a halt on the final lap.

“We had a drivetrain failure going through the first chicane,” the 26-year-old told Supercars.com.

“Something had come loose in the drivetrain and it was pretty clunky for the last 20 laps and then it broke finally.

“It’s a shame that it couldn’t have gone for another minute or so. I had no drive at all so I just pulled it up at Turn 4.”

Stanaway said the failure was not caused by damage from the earlier contact, which included a solid hit on the Tickford Falcon’s right-rear corner from Coulthard’s Shell Ford at the final corner on the lap 55 restart.

Taking Stanaway by surprise, the clash came after the rookie had barged his way by at Turn 1.

“I thought he actually got hit from behind because I couldn’t see any other reason why he’d be into me so hard,” said Stanaway.

“He got into my rear pretty hard before he got on the brakes. I don’t know if he’s tried to send me off or something, but then he’s come up the inside with the tyres locked and got into the door.

“Everyone was racing pretty hard out there,” he added, having been squeezed into the Turn 5 tyre wall by James Golding on the following lap.

“The unfortunate thing was I didn’t want to be aggressive, I just wanted to finish.

“I wasn’t trying to dive-bomb anyone or be desperate to keep my position, I just wanted to finish, but I had people around me who were in a different mood.” 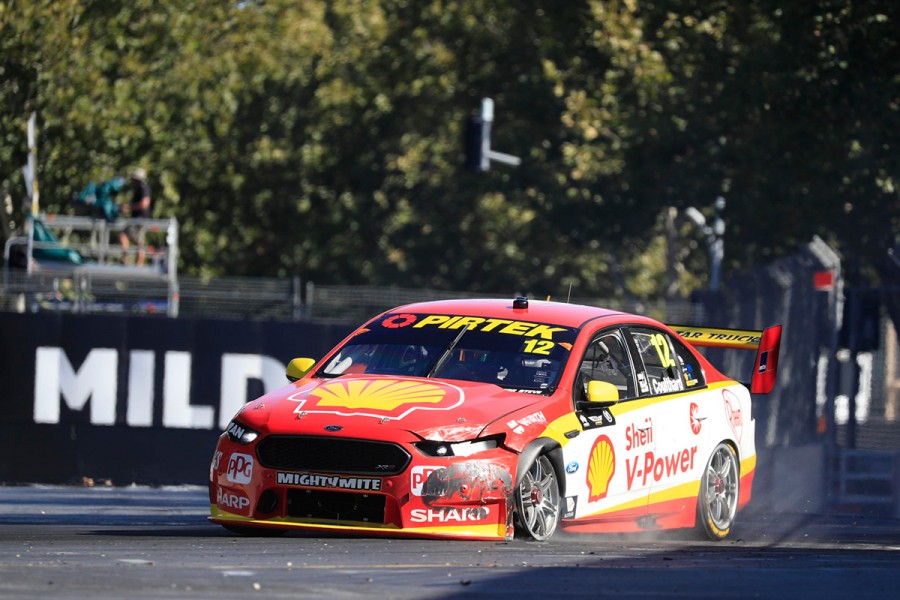 Coulthard shrugged off the contact with Stanaway amid a trying weekend for the #12 side of the Shell V-Power Racing garage.

The 35-year-old, who finished third in the championship last year, qualified 18th and finished 21st.

“It is what it is. I shouldn’t be back there anyway,” he said of the contact.

“It was a tough day. We tried the best we could but we’re just struggling. Hopefully we can turn it around for tomorrow.

“A poor qualifying puts you back there. We get to qualify again tomorrow so hopefully it’ll be a better day.”