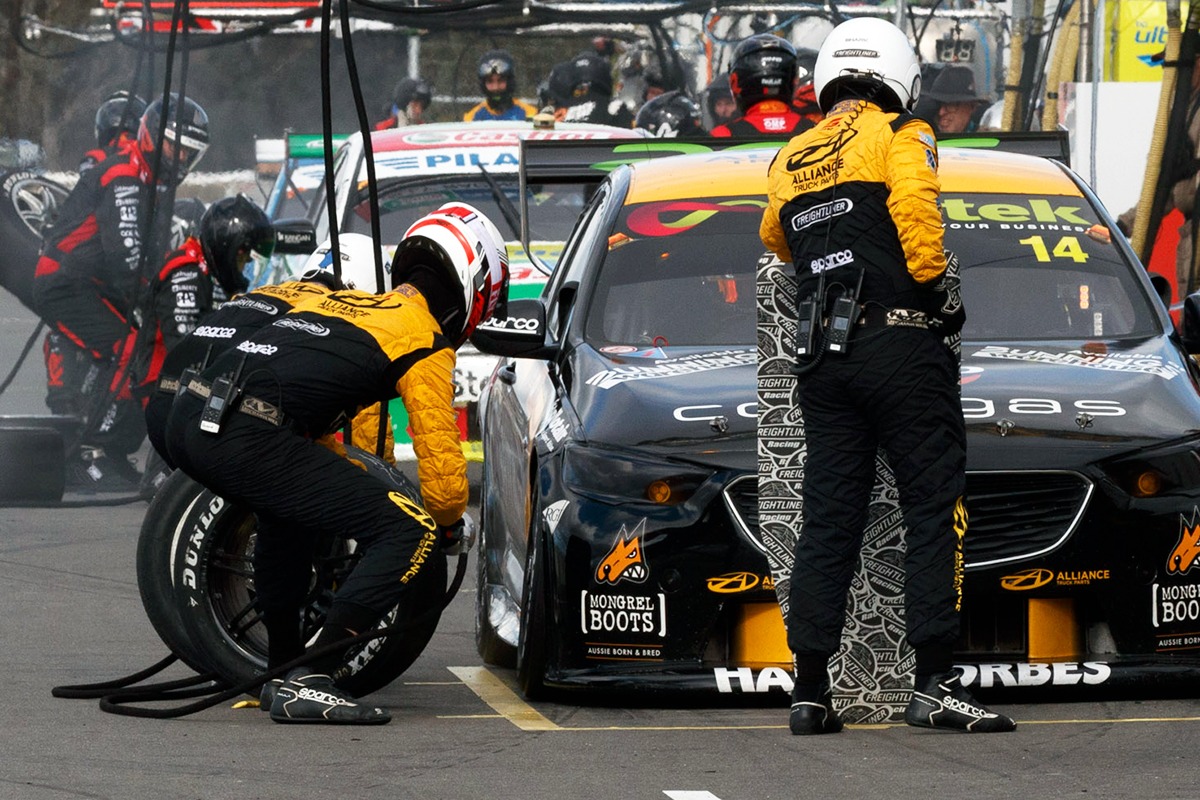 Brad Jones Racing strengthened its grip on first and second in the PIRTEK Pit Stop Challenge at Winton, where there was significant change behind them.

BJR's entries of Tim Slade and Nick Percat started the weekend first and second and remained there, extending their lead over the pack.

They were 13 and one point ahead of third place respectively pre-event, but are now out to 17 and six; Slade on 122 and Percat on 111.

Behind them in a shuffled overall order, third down to seventh are separated by just five points.

Andre Heimgartner's Plus Fitness Nissan and Jamie Whincup's Red Bull Holden moved from sixth and eighth to third and fourth, with 105 and 103 points.

Whincup had the quickest pitlane time on Saturday, a journey of 33.321s shading Heimgartner's 33.717s as the pair moved into the final Bathurst spots.

Tickford Racing, like BJR and Kelly Racing, has two entries in the top seven, with The Bottle-O Mustang of Lee Holdsworth sitting fifth.

Mobil 1 MEGA Racing for Scott Pye started the weekend in touch with the finals spots, occupying seventh and nine points behind Percat in second.

However he was only 18th-fastest at Winton and while still eighth, Pye is back to 13 points behind Kelly in seventh.

The 2018 winner, Scott McLaughlin's Shell V-Power Racing crew rose to 18th amid its recovery from a tough start.

McLaughlin was fourth at Winton on his way to victory on Saturday, but remains 43 points off a finals place with three points-scoring rounds remaining.