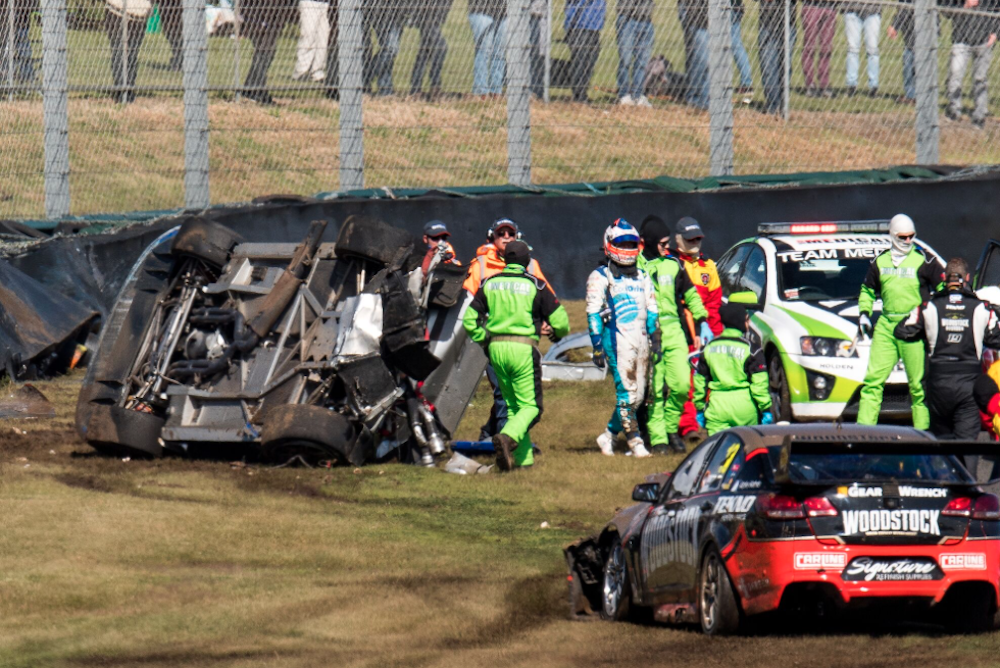 An FIA track safety inspection next month will determine whether changes are required at Sandown’s infamous Turn 6.

While no one was injured in the crash, spectators on the outside of the corner were moved back a further 10 metres from the fence line on Sunday as a precaution.

Taz Douglas also walked away unharmed from his opening lap crash on Sunday, but the race was halted for an hour while barrier repairs were affected.

That left the Sandown 500 to run to its time cut-off, ensuring just 125 of the scheduled 161 laps were completed.

UK-based FIA track safety inspector John Symes had already been scheduled to visit Australia in October to undertake evaluations on a number of circuits, including Sandown. 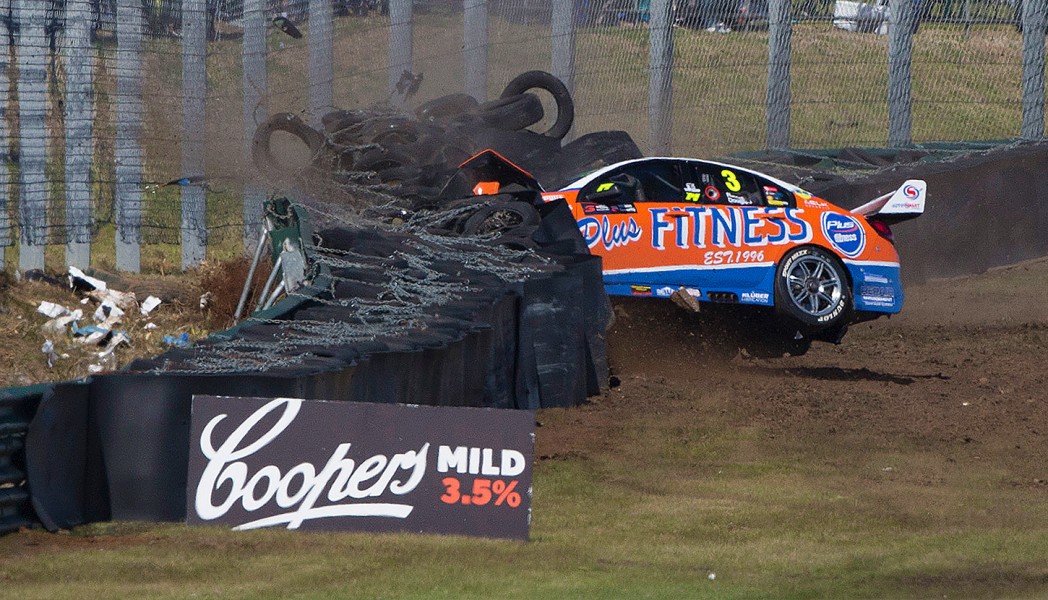 Symes’ findings will determine whether any changes are required for Sandown’s FIA track licence to be renewed for 2018.

Supercars’ current deal with track owners the Melbourne Racing Club to hold the 500 includes races in 2018 and 2019, but is dependent on the safety inspection being passed.

Although it is widely acknowledged that Sandown’s days as a racing circuit are numbered, there is hope that mooted housing development won’t start at the venue until at least 2022.

With the MRC not keen to invest in the race track, any changes mandated by the FIA would likely require a funding input from the Victorian Government.

Currently the outside of the Turn 6/7/8 complex features an Armco barrier protected by a tyre wall, which cushions cars in high-speed crashes.

Various drivers and commentators have already offered suggestions for changes, including the possibility of the wall being re-profiled to change the typical angle of impact.

Moving the wall further back from the racing surface entirely would require the removal of the spectator mound and come at significant cost.

Simply replacing the Armco with a concrete wall may meanwhile reduce the time required to repair the barrier after a crash.

More than half of Sunday’s delay was blamed on the need to re-establish the integrity of the Armco fixings in the sodden ground.

Will Davison, who suffered a heavy crash at the corner in 2010 and counselled Todd Hazelwood after his accident, proposes a simple solution.

“When you look at the crashes, the tyre wall cushions the impacts very well,” Davison told Supercars.com.

“All I think needs to be done is that grassed area [between the track and the wall] needs to be made tarmac, like they’ve done with Bathurst through Skyline.

“It’d help ensure the cars don’t go into that Turn 6 wall at such an angle and stop all the mud coming on the track when everyone shortcuts and runs straight through.

“The way most cars go off there, if it was asphalt you could keep slowing down and turn it a bit and maybe side-swipe the wall instead of going in head-on. 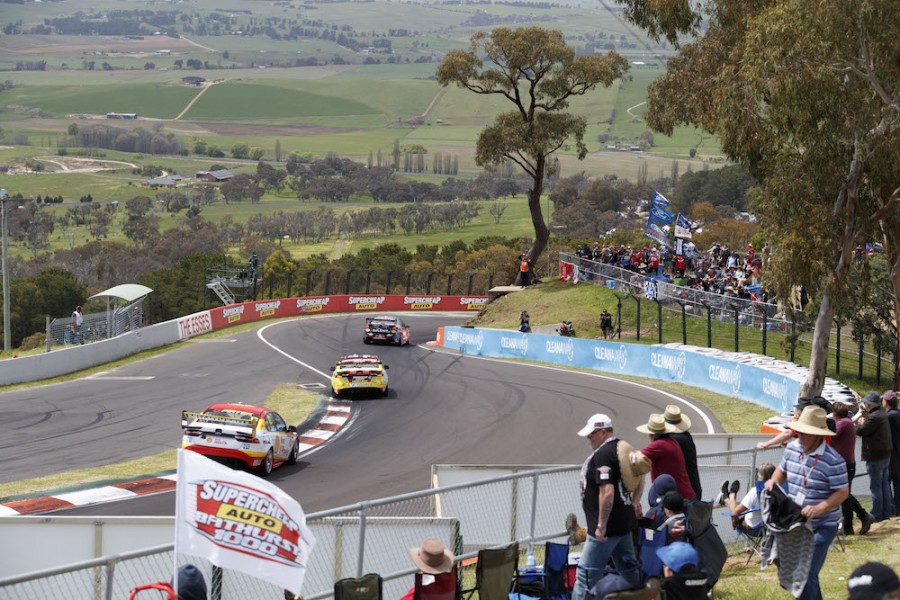 The tarmac run-off on drivers' left at Bathurst

“There’d be some concern about short-cutting, but we’ve got things in place that can stop that. It’s like Skyline, which has saved a lot of cars without debris coming onto the track.”

Supercars commentator Mark Skaife, who is the chairman of the CAMS National Track Safety Advisory Committee, meanwhile warns against making any drastic changes.

“It’s one of the great commitment corners in Australia,” he said on this week’s Inside Supercars.

“Honestly, if you say to any of the drivers ‘what is your favourite corner at Sandown?’, it’s that corner.

“It’s the fastest corner, it’s got a bump on the way in, it’s got a long entry phase where you can brake the car and slide it… Those corners are the corners that we do this mad game for.

“Some people jump out of aeroplanes, other people ride big waves, this is, seriously, a great corner and it needs to be left.”