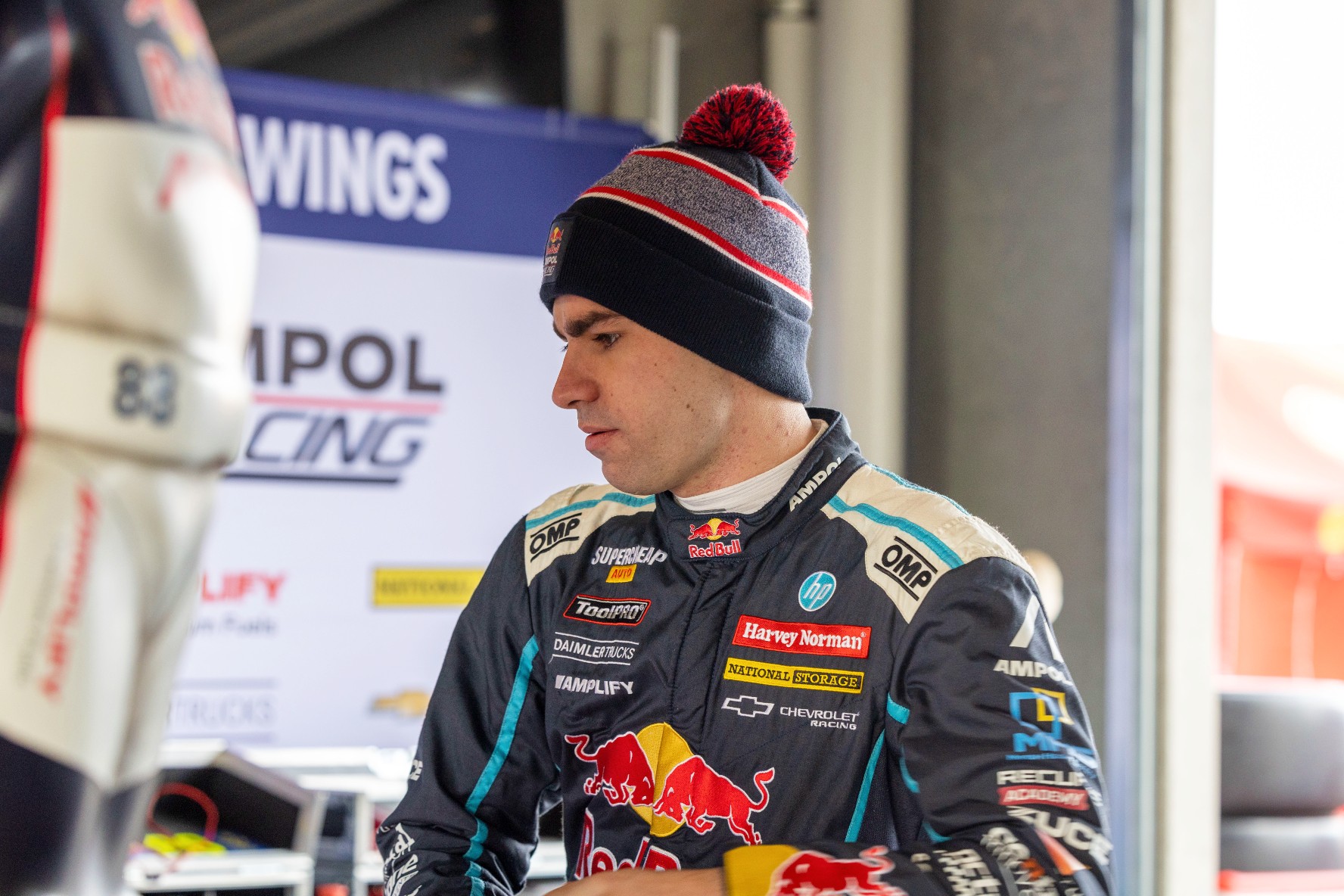 Broc Feeney has lamented an error in the wet while chasing an OTR SuperSprint podium.

Feeney held second in the early stages of Race 23 on Sunday.

However, he was one of many to be caught out at the slippery Turn 6 hairpin.

The rookie started the race fourth, and cleared van Gisbergen and Anton De Pasquale early on.

Feeney and van Gisbergen ranged up behind Cam Waters before the #88 slid off the road on lap 6.

He recovered to fifth, but a throwing away a potential podium stung.

"I normally enjoy racing in the wet, but I’ve only done three laps on the wet Dunlops before so it was pretty exciting," he said.

"I had really good speed at the start and got to second, and I was right behind Cam but I locked up and came off which totally sucks.

"We had really good pace at that stage and we were looking really strong, so to stuff up was really disappointing.

"I had a good comeback and passed a lot of guys and had really good speed, so there’s a lot of positives to take out of today, and it’s been our most consistent weekend overall.

"We also managed to bank a good chuck of points, so there’s plenty of things to be happy about, but it sucks because I feel like it’s the one that got away."

It came after Feeney suffered a similar fate in Darwin finale.

He held a podium position late on, but was demoted in the closing laps and was pipped on the line.

Seventh, sixth and fifth at a perceived Mustang circuit proved Feeney is up to the task.

The impressive results came in the wake of a rookie test at The Bend, before he fronted up for a ride day on Monday.

"We had consistent qualifying across the whole weekend which was good," he said.

"I think our weekend in general was pretty consistent.

"We’ve had some good results, but it’s also been a little bit up and down.

"Obviously getting a second-row start was good, but overall I’m reasonably happy with those performances."