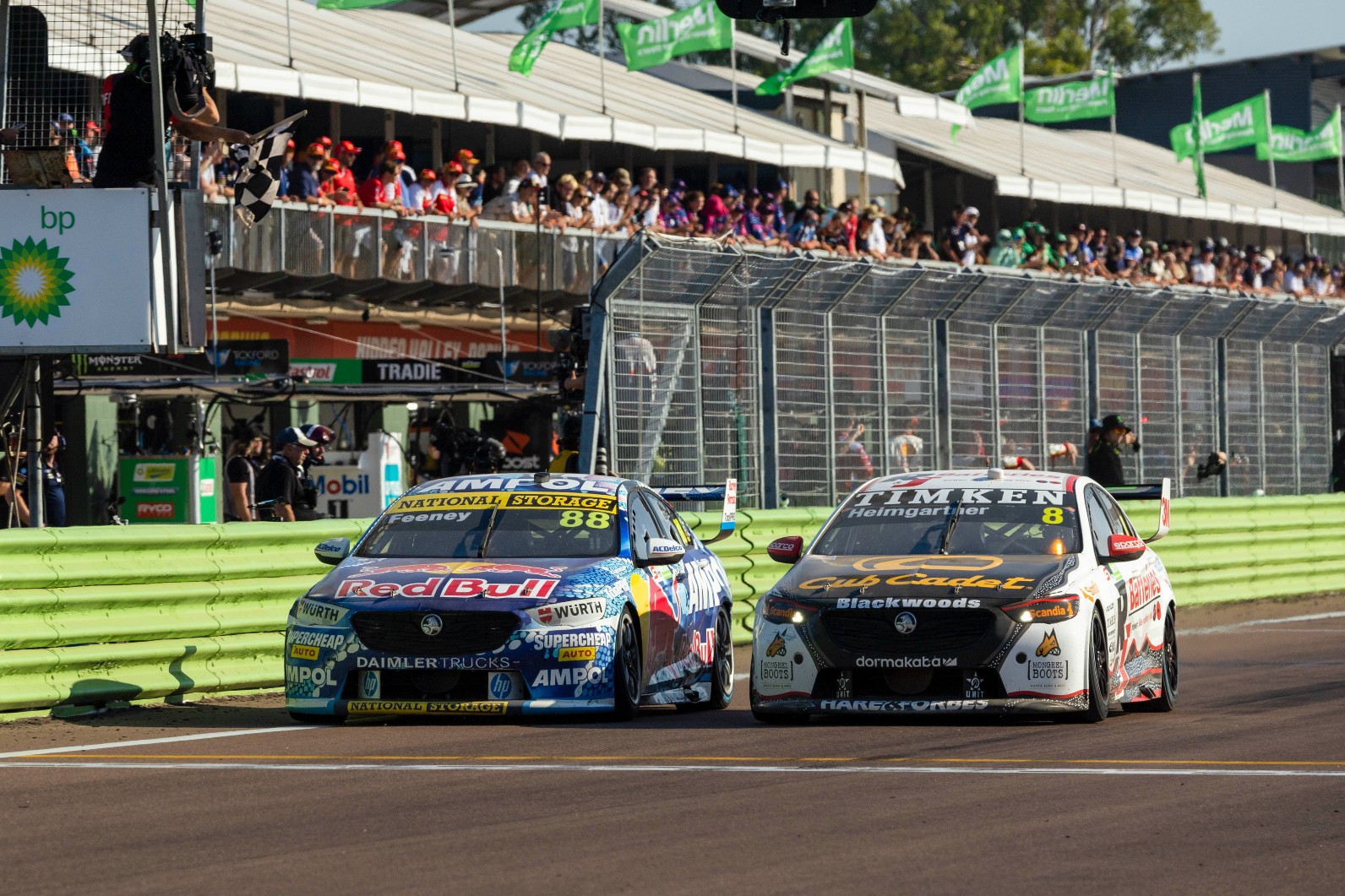 Broc Feeney says it was "pretty tough" to miss out on a Darwin trophy after holding a podium position.

He stopped for rears on lap 16 and took third place after teammate Shane van Gisbergen clashed with Will Davison.

With four laps to go, he was third and just 0.8s from leader Chaz Mostert.

Cam Waters nerfed Feeney wide at the exit of Turn 1 on the penultimate lap.

At the same spot on the final lap, Davison did the same, before Andre Heimgartner pinched P5 on the line.

The margin between Heimgartner and Feeney at the chequered flag was a measly 0.01s.

It ensured Feeney’s wait for a second career podium, and first since Tasmania, would have to wait until Townsville at least.

"I had similar pace to Chaz at the start, but then the front guys started gapping me," said Feeney, who retained seventh in the points.

"Our strategy was going well, I managed to get into third but I couldn’t hold on because the guys behind me changed four tyres in the pit stop.

"They got through on the last laps which was pretty tough.

"Even though it was my first time in Darwin, I need to do better overall."

The Shell V-Power squad leads by 14 points; third would have netted Feeney 86 points, but he scored 68 for sixth.

The finale brought to an end a weekend of "rookie errors" for Feeney, who was also frustrated by his run to 13th in the earlier race.

It included an off at Turn 1 straight after his pit stop.

"The first race was no good, whatsoever," he said.

"I had a terrible start which has been my weakness lately, then I got caught up in the pack.

"After our pit stop, I made a mistake and ran off the track, but overall, it was a race full of rookie errors that I don’t think should be happening anymore.

"I think I’m better than the way I drove in that race.

"We’ve been qualifying poorly and racing strong lately, but to qualify well and race poorly this weekend was really disappointing."