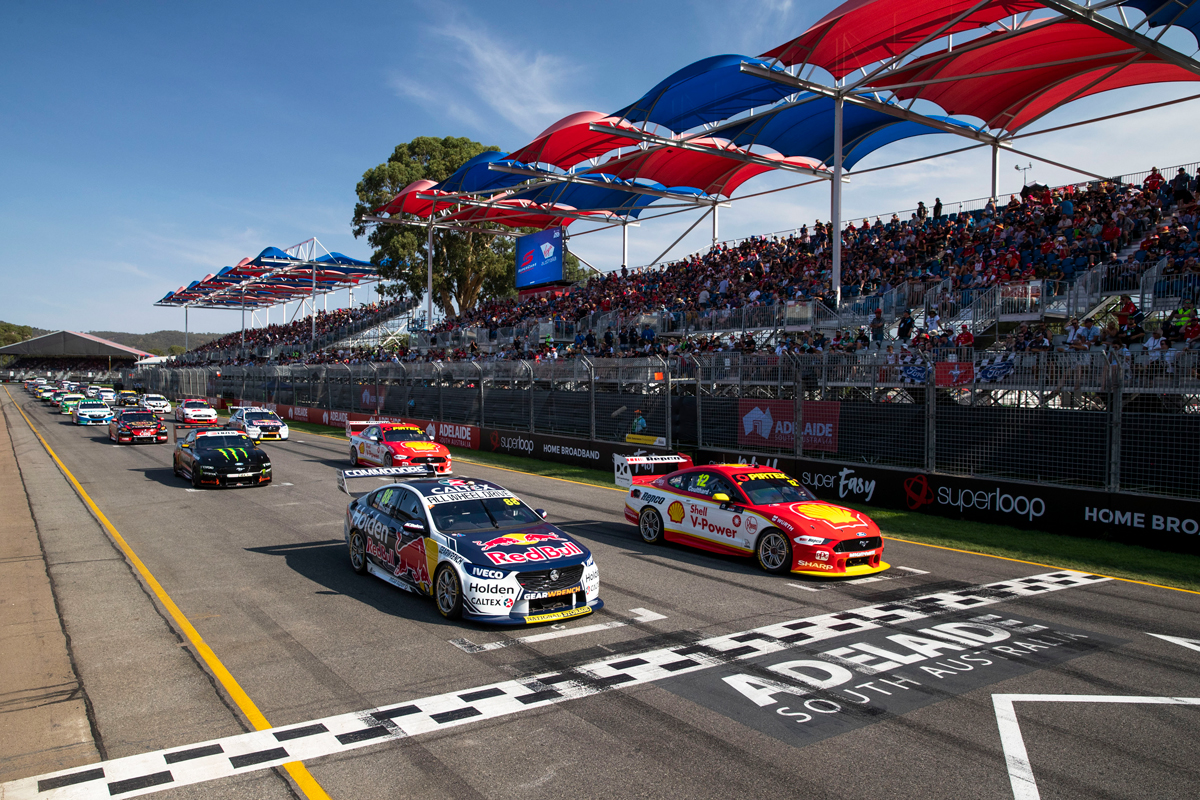 The first piece of the 2020 Virgin Australia Supercars Championship calendar has been locked in, with a February date for the Superloop Adelaide 500.

Adelaide’s season-opener will take place across the February 20-23 weekend, a week earlier than this year’s event.

It will mark the ninth-consecutive year in which Adelaide starts the season, with the full 2020 calendar expected to be confirmed in early July.

“Superloop Adelaide 500 is one of the standouts of our racing season each year,” said Supercars CEO Sean Seamer.

“The incredible range of entertainment on and off track as part of a month of festivities in Adelaide sets it apart as a great celebration for the City.”

The Adelaide 500 has been among Supercars’ marquee events since its debut in 1999, four years after the Australian Formula 1 Grand Prix moved from Adelaide to Melbourne.

Despite hot conditions, the 2019 event attracted 254,000 fans, including a 90,000-strong sellout on the Sunday, when the racing was followed by a Red Hot Chili Peppers concert.

SA’s Minister for Trade, Tourism and Investment, David Ridgway, said retaining the season-opening slot is a win for the event.

“The Superloop Adelaide 500 is a world-class motorsport event which has injected more than $600 million into the state’s economy since its inception, created more than 400 full-time jobs and regularly attracts crowds of more than 250,000 visitors a year,” said Minister Ridgway.

“Securing the season opener is a real coup for the state and reaffirms our reputation for delivering exceptional events.

“We look forward to attracting the attention of the country’s motorsport enthusiasts and, once again, stage an event which sees flow-on benefits for the city’s hotels, bars, restaurants and retailers.”

The Superloop Adelaide 500 is the second major event on the Australian motorsport calendar each year, with the 2020 Bathurst 12 Hour to be run from January 31-February 2.