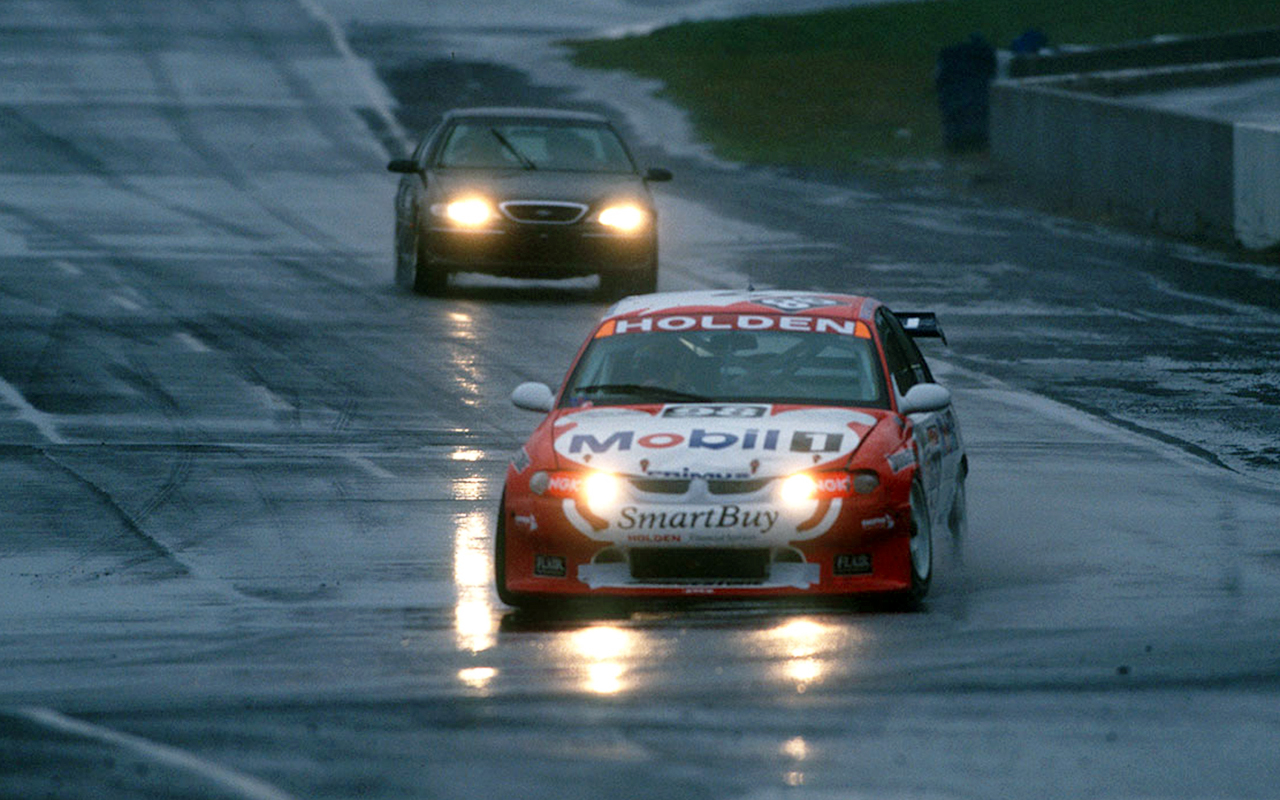 The reasons for the cancellation of the second round of the 2020 Supercars season at Albert Park are unprecedented, but it isn’t the first time that a race or round has been called off or postponed.

Not surprisingly, mother nature has been the most common cause of such cancellations or delays during a season.

The first two races of the 1998 championship round at Calder Park went off without a hitch, but heavy rain saw the final race of the weekend cancelled on the grounds of track safety.

Greg Murphy, debuting the new VT Commodore in a third Holden Racing Team entry, turned a handful of laps to evaluate the conditions before the decision was made to cancel the race.

More recently, the Sunday race at the 2018 Vodafone Gold Coast 600 was cancelled and declared with no result, albeit after the race had already begun.

A mid-race torrential downpour saw the race red-flagged before it became clear conditions were too dangerous to continue. 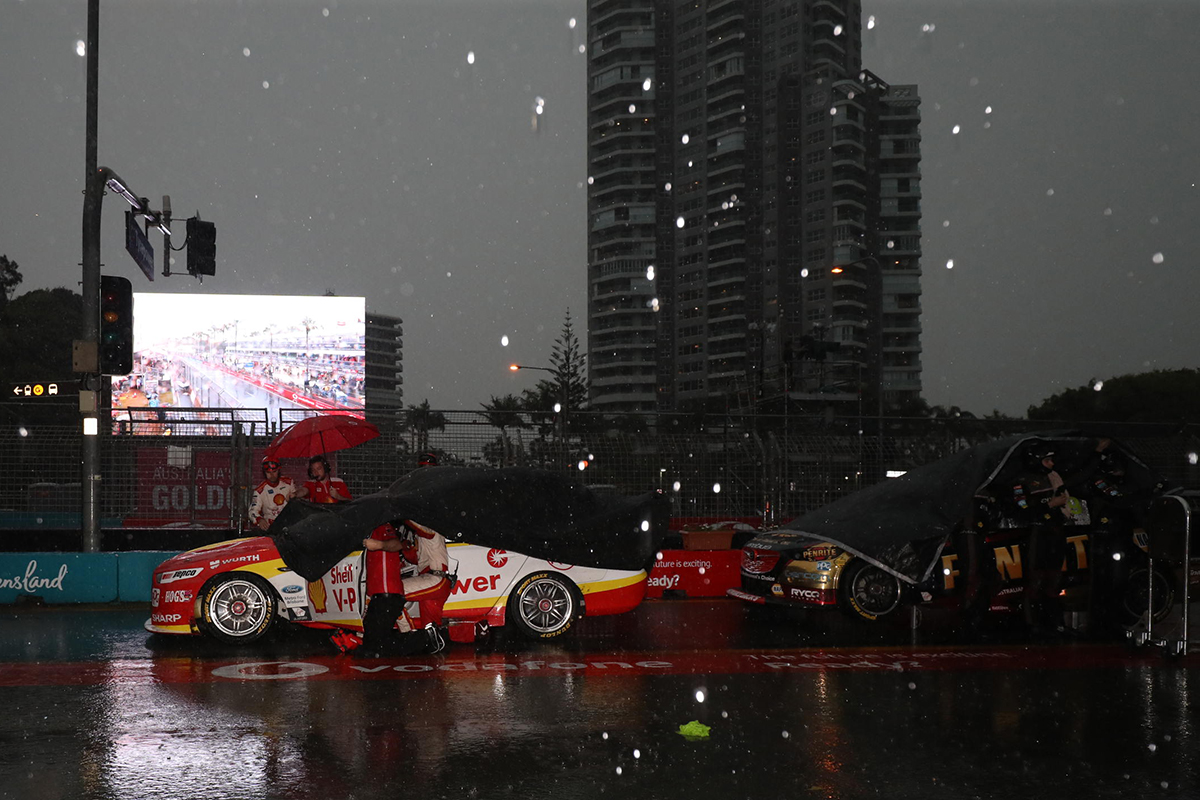 The final round of the 1980 championship at Oran Park was scheduled for the Queen’s Birthday long weekend in June.

Originally set for Sunday, the race eventually took place on the Monday; heavy rains in the lead-up made the infield so waterlogged and muddy that it was decided to delay the race a day to allow it to firm up.

Motorsport wasn’t the only sport affected by the elements that weekend: only one of the NSW Rugby League matches scheduled for Sydney that weekend took place due to the state of the fields…

The championship’s final visit to Surfers Paradise Raceway in 1987 was delayed a week due to flooding, while two separate rounds at Brisbane’s Lakeside Raceway had to be pushed back due to the neighbouring lake overflowing from heavy rain.

On the first occasion, in 1989, opening practice sessions had already been held before it became clear that the downpours were forecast to continue; organisers electing to push the event back a fortnight.

That race meeting proved to be marred by crashes in support events and the Australian Touring Car Championship race itself, which was re-run over a 30-minute duration.

It ended in fading light after a fiery four-car crash forced the initial running of the race to be stopped. 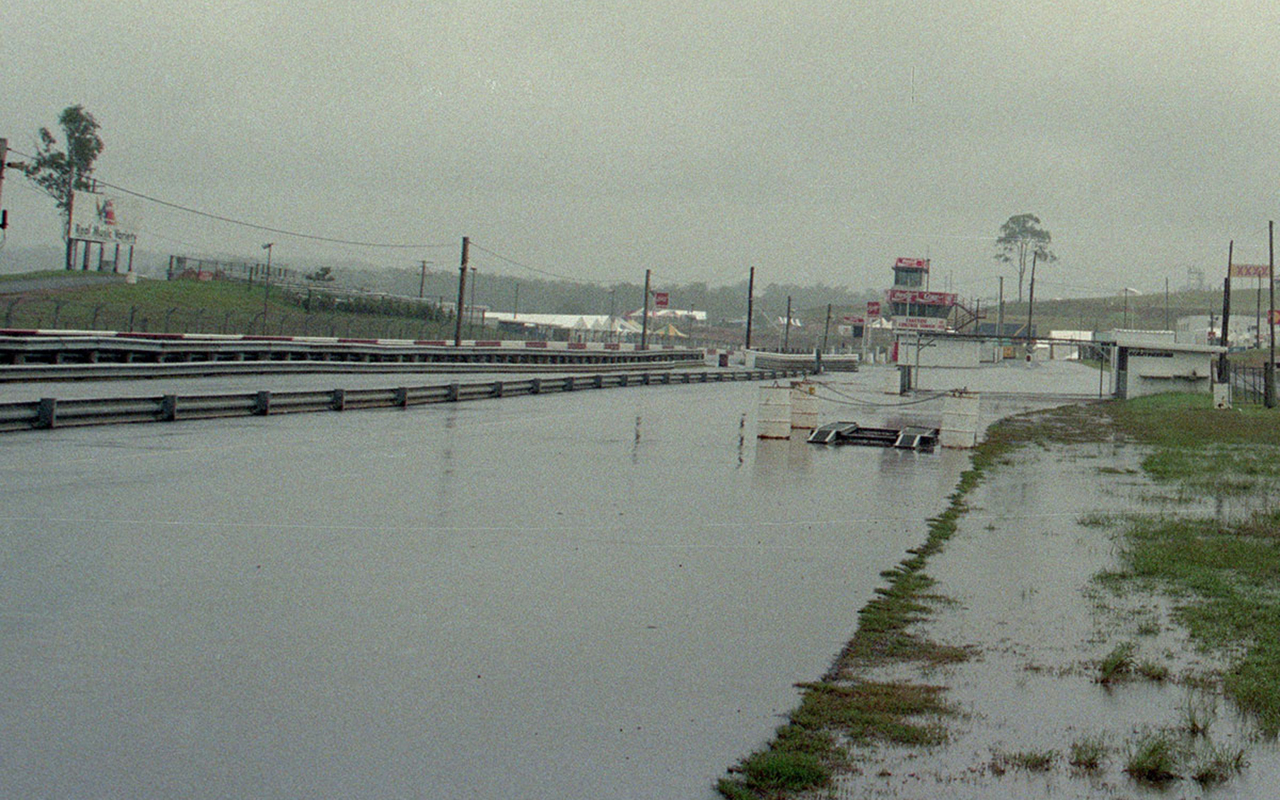 The second instance happened in 1996, the Lakeside round delayed a week when Lake Kurwongbah again broke its banks and spilled onto the circuit.

Weather though wasn’t the cause for postponing the Bahrain round of the 2009 season.

It was bumped back three months to become the second round of the 2010 championship, pairing it with a new round at Abu Dhabi’s Yas Marina Circuit that served as the season opener.

Its original November 2009 date was filled by a sprint round at Phillip Island, meaning the championship visited the Victorian circuit twice within a three month period.

That wasn’t the first instance of a circuit filling in at late notice.

Lakeside replaced Warwick Farm’s round of the 1971 championship when the Sydney circuit’s licence was suspended over a lack of safety barriers down its main straight – nor was it the last.

Supercars’ original 2012 calendar contained a ‘TBA’ as the penultimate round which was filled by Winton, whose original August date was filled by a round at Sydney Motorsport Park.

When the Australian Grand Prix Corporation announced the cancellation of this weekend’s event on Friday, Supercars made clear it will look to reschedule an event to retain a full 14-round season.