The series leader was largely unchallenged in Race 13 at the Merlin Darwin Triple Crown, with pole man Will Davison second.

It marked van Gisbergen’s third win in the Top End, his first since his title campaign in 2016, and the 47th of his career.

Davison, who scored both ARMOR ALL Pole Positions earlier in the day, couldn’t match van Gisbergen off the line.

Mark Winterbottom, who started fourth, loomed to round up van Gisbergen on the outside, but was shuffled behind both Shell Mustangs following a tap from Jamie Whincup.

Race 12 winner Chaz Mostert, who started eighth, was first of the lead runners to make his compulsory stop on lap 9.

Anton De Pasquale, who showed initial pace over Davison, stopped on lap 10, but dramas with the right side rear scuppered his charge.

By lap 12, van Gisbergen had eked out a 2.3s gap on Davison by the time the pole-winning #17 entry was brought into the lane.

Mostert’s undercut paid initial dividends when he pressured Davison for effective second, having started on the fourth row.

Van Gisbergen was brought in on lap 14, and emerged in a clear lead, having avoided a repeat of his Saturday pit disaster.

The joker in the pack was Jamie Whincup, who ran long and stopped on lap 20. 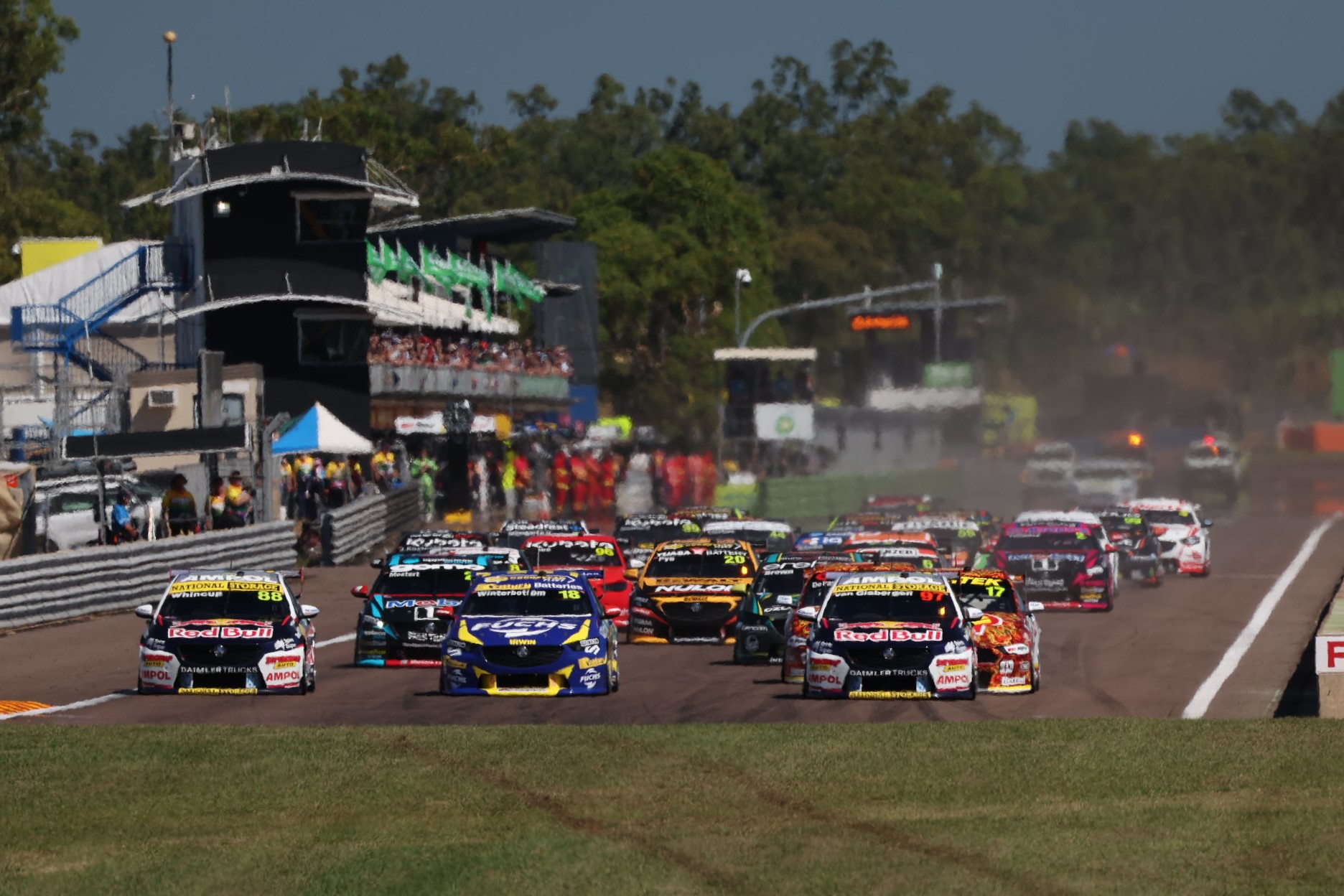 He emerged an effective fourth, and preyed on Mostert, who was beginning to fall away from Davison due to his ageing tyres.

With six laps remaining, Mostert had fallen into the clutches of Whincup, with Davison two seconds up the road.

Whincup made his move at the slow left-hand Turn 6, but contact enabled Mostert to hang onto the position.

Having scuffed the front right quarter of his car, a racy Whincup made a dive at Turn 1, but the deep exit saw Mostert draw alongside on the fast run to Turn 5.

Try as he might, Mostert was unable to hang on, with Whincup forcing his way onto the podium.

The battle for the final spot on the podium enabled the front two to race unchallenged to the flag, with van Gisbergen 1.5s clear of Davison by race’s end.

Whincup was 5.1s behind Davison, with Mostert denying Winterbottom for fourth.

The victory helped van Gisbergen to an extended 207-point lead over Whincup; the largest the points lead has been all season.

“It was awesome, got another good start which was great and Red Bull Ampol Racing, our car was awesome,” the 32-year-old said.

“We just needed to get things right today; pit stop was great and just managed the race at the end. Awesome.

"But it hasn’t made up for yesterday yet and we’ve still got this arvo to go.”

When asked if he had left behind Saturday's result, he added, “We move on with things quick.

"We analysed last night what happened and put procedures in place to make sure it doesn’t happen today, and a fallback plan if it does, and it didn’t.”

The final race of the weekend will commence at 3:55pm AEST.