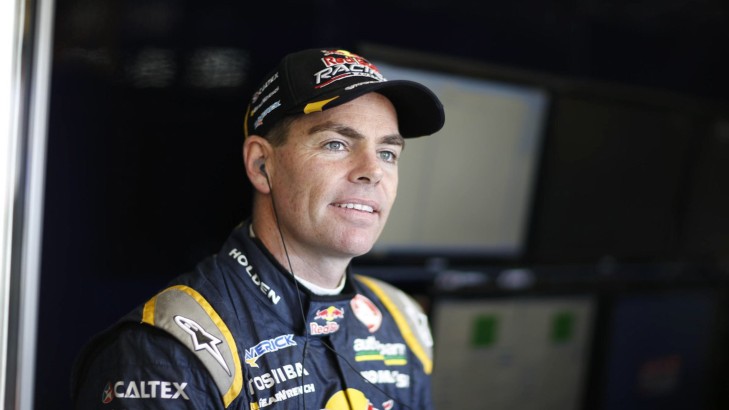 V8supercars.com.auasked fan favourite 'Lowndesy' five quick questions to see what the Red Bull ace is like with the helmet off.

What has been the major turning point in your motorsport career?

"That's a good question! I've had many career developments.

"I think there's been a couple. Having opportunity to begin with, in terms of HRT giving me the opportunity to be involved with V8 Supercars, that was for me a huge turning point in my career personally, which obviously set me up. And then to move on to the defection to Ford, another turning point in understanding who I am and how I see V8s, and how they operate. I understood the teams and how they operate, (but) I had only worked with HRT until that point.

"So a couple of big turning points, for sure."

(Laughs) "No! The only time I've ever done karaoke was on that show, The Singing Bee, which I think was Eye of the Tiger. No, I try to steer clear of karaoke ... that was a bit of a stitch up from my manager!"

What is your favourite place you've traveled to?

"I really enjoyed Italy - their culture, they love food, I love pasta and seafood, so I think Italy would be a great place to go back and walk around again."

Last sporting event/concert/show you went to as a fan?

"State of Origin, we were there the other night. We were there thankfully with Caltex, one of our sponsors. They invited us to go, so it is always nice to be part of that.

"Before then, we went down to the MCG for my 40th.

"We went to the match with Essendon -which I support - against Richmond, the Dreamtime game. I was lucky enough to go out there and toss the coin at the start of the game. That was an amazing experience."

Your question for the next driver on 'Fast Five'...

"Everyone asks what their first car was, so I'm trying to think now. Most people ask the strangest thing I've ever signed; people ask what would you do if you weren't a race driver...

"Whether they've got any brothers or sisters who thought they could out-drive them?

"I've got an older brother who always thought he was a better driver than I was!"

See Red Bull's Craig Lowndes in action at the next V8 Supercars event, the Coates Hire Ipswich 400 from August 1-3. Grab your tickets now.

Craig Lowndes  ›
15' Red Bull Racing Australia ›
2014 Coates Hire Ipswich 400  ›
Stay In The Know
Sign up to the Virgin Australia Supercars Championship Newsletter
We use cookies to ensure that we give you the best experience on our website. If you continue to use this site we will assume that you are happy with it.Ok