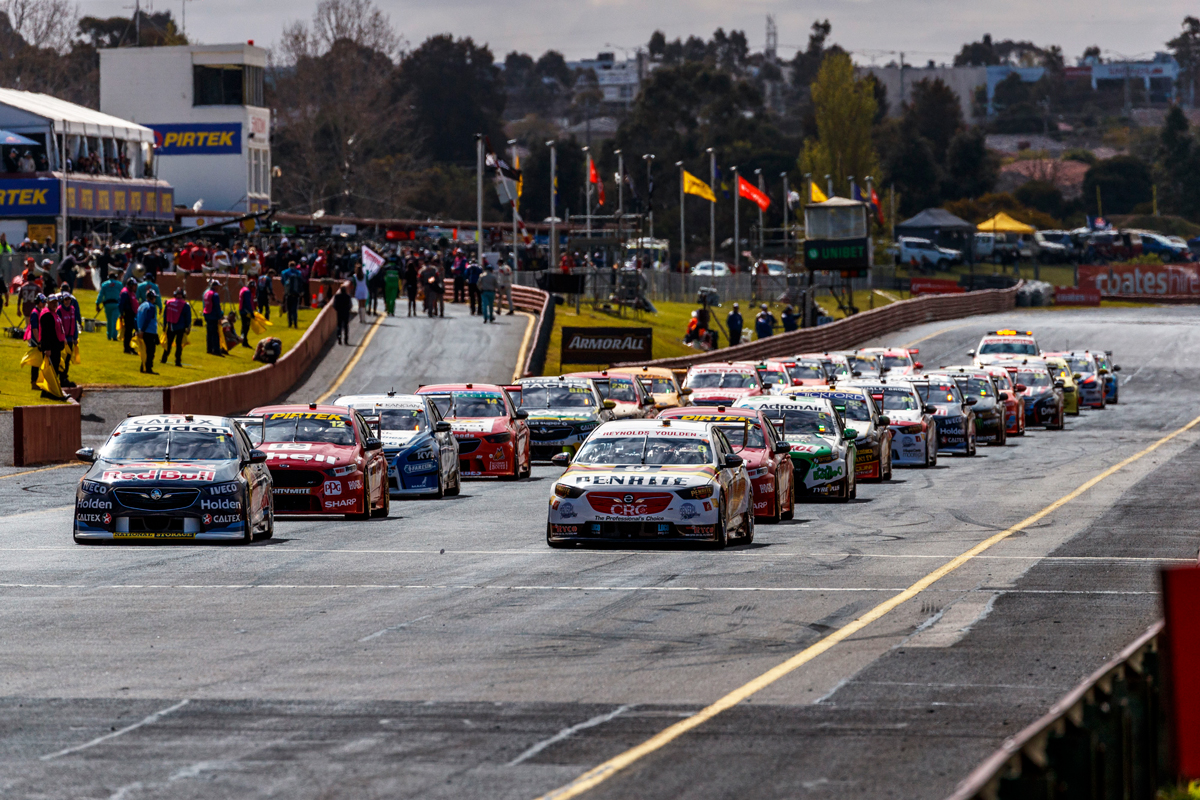 1. This year’s event marks the 50th held at Sandown in ATCC/Virgin Australia Supercars Championship history - no other venue has hosted more rounds than the Melbourne circuit. It is also the 48th running of the Sandown touring car endurance race, which began as a Six Hour back in 1964 and became a 500-kilometre race in 1984.

2. David Reynolds will notch up a career milestone at the Sandown 500, the Penrite Racing driver making his 150th Supercars Championship round start.

The 2017 Bathurst 1000 winner has never finished better than fifth in the Sandown enduro, but started from pole position last year with co-driver Luke Youlden.

3. Craig Lowndes will reach a new milestone in Virgin Australia Supercars Championship history by becoming the first driver to start 200 rounds with a single team.

In tackling the Sandown 500 as co-driver to Jamie Whincup, Lowndes brings up 200 championship round starts with Triple Eight Race Engineering, continuing a streak dating back to his first event with the team at the 2005 Adelaide 500. 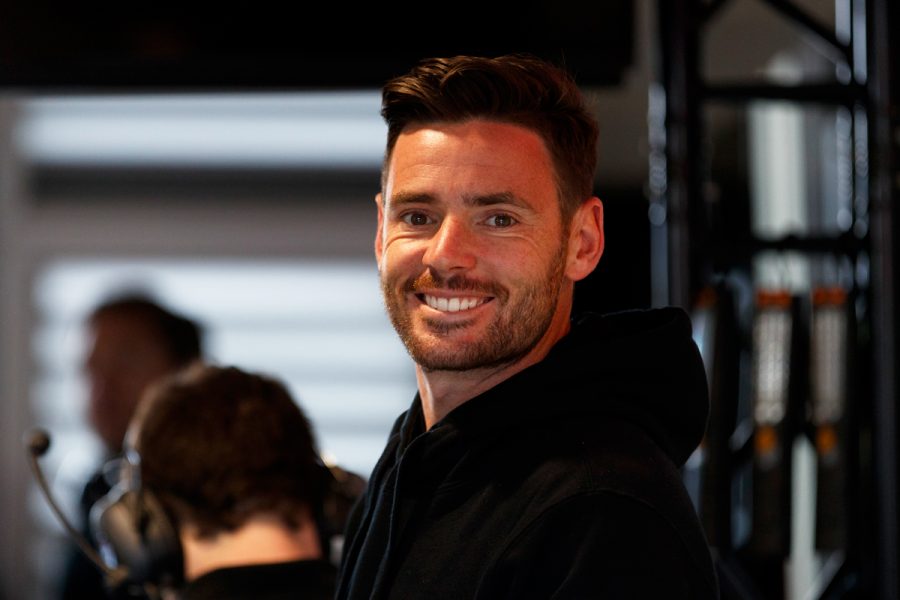 4. Scott Pye will celebrate his 100th Virgin Australia Supercars Championship round at Sandown, as too will teams Erebus Motorsport (Penrite Racing) and Charlie Schwerkolt’s Team 18 operation. Both teams made their championship debuts at the 2013 Clipsal 500 in Adelaide.

5. The ARMOR ALL Pole Position has rarely been a good form guide for the winner of the Sandown 500. The car starting on pole position has gone on to win the race just three times times in the last 32 Sandown enduros.

However, a car that started on the front row of the grid has gone on to win the last six Sandown 500s in a row.

6. Only two full-time Supercars drivers on the 2019 grid have more than one win in the Sandown 500: Jamie Whincup (four) and Mark Winterbottom (two), while Craig Lowndes has the most Sandown enduro wins of any driver on the grid with five. 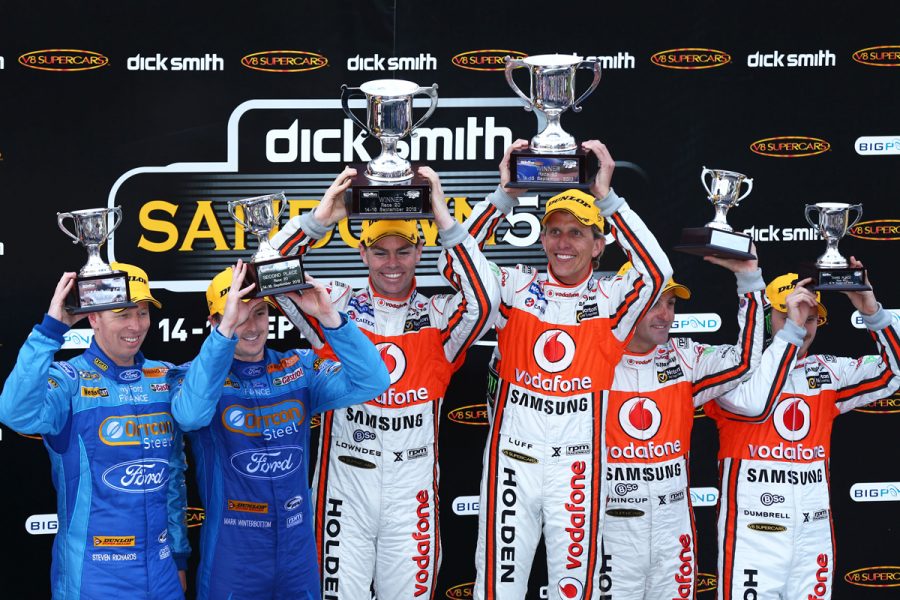 Peter Brock holds the record for the most wins in the history of the Sandown endurance classic with nine, seven of which came in a row between 1975 and 1981.

7. The lowest grid position for a race winner in Sandown 500 history is 15th. Dick Johnson and John Bowe started from that position to win the 1994 race in their Shell-FAI Falcon EB.

8. Holden has been the dominant marque in Sandown endurance races, taking a total of 21 wins with a variety of Monaros, Toranas and Commodores. Ford is the next best manufacturer on 15 wins. 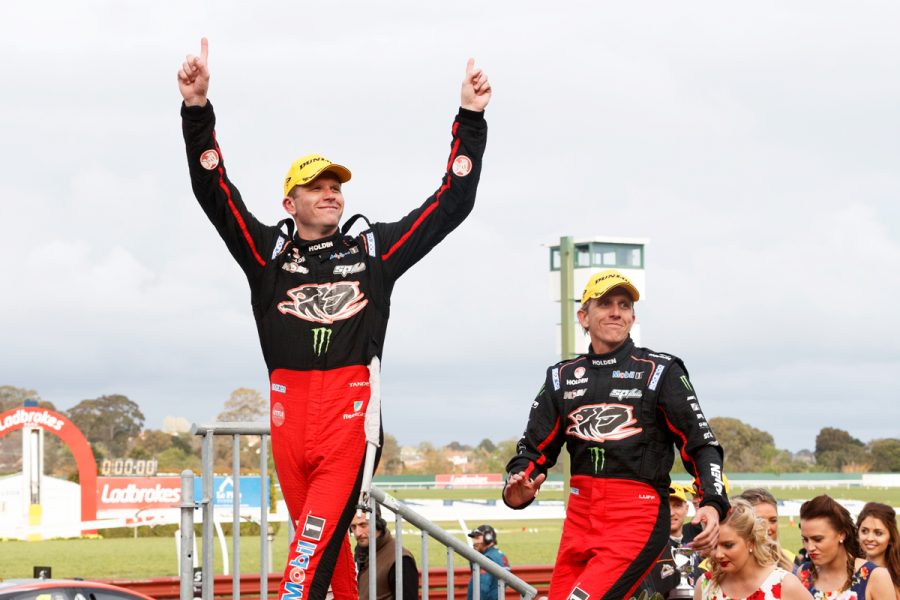 10. Two teams have almost locked out the top step of the podium for the past 10 runnings of the Sandown 500, with Triple Eight Race Engineering (six) and Tickford Racing (three) taking nine of the 10 wins on offer since 2005.

The other win was claimed by the Holden Racing Team in 2016, when Garth Tander and Warren Luff claimed the victory.