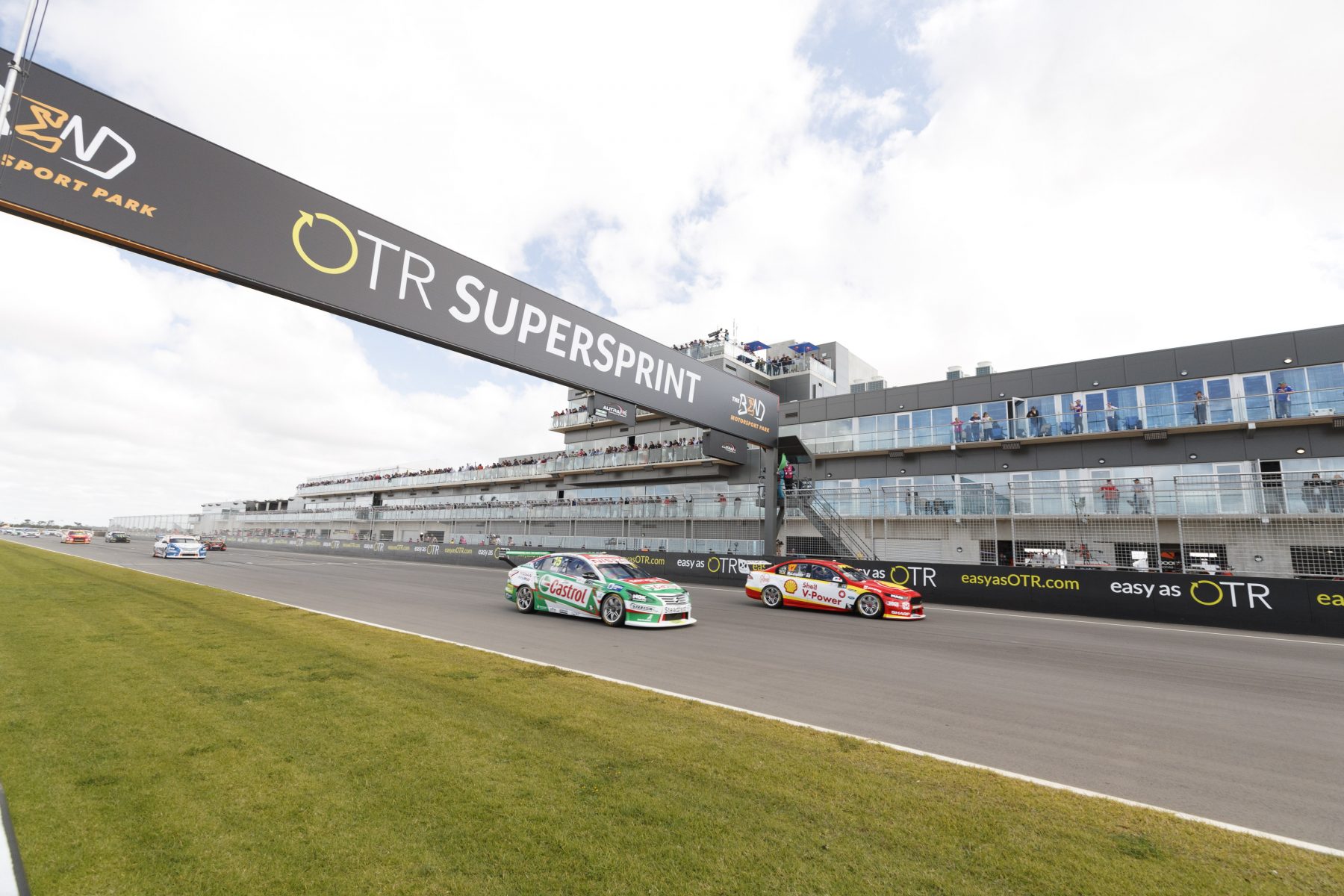 1. This year marks the second visit by the Virgin Australia Supercars Championship to The Bend Motorsport Park after making its debut in 2018, when it became the fourth venue in South Australia to ever host a round of the VASC (and previously the Australian Touring Car Championship).

2. Triple Eight Race Engineering will post the team’s 500th Supercars Championship race start on the Saturday at The Bend, becoming the fifth team on the current grid to reach that milestone. The multiple title-winning squad made its Supercars Championship debut at the 2003 Sandown 500 after taking over Briggs Motor Sport.

3. Will Davison will reach a major career milestone this weekend with the OTR SuperSprint marking his 200th championship round start. Making his debut at Winton in 2004, the two-time Supercheap Auto Bathurst 1000 winner will be the 16th driver in championship history to reach a double century of appearances. 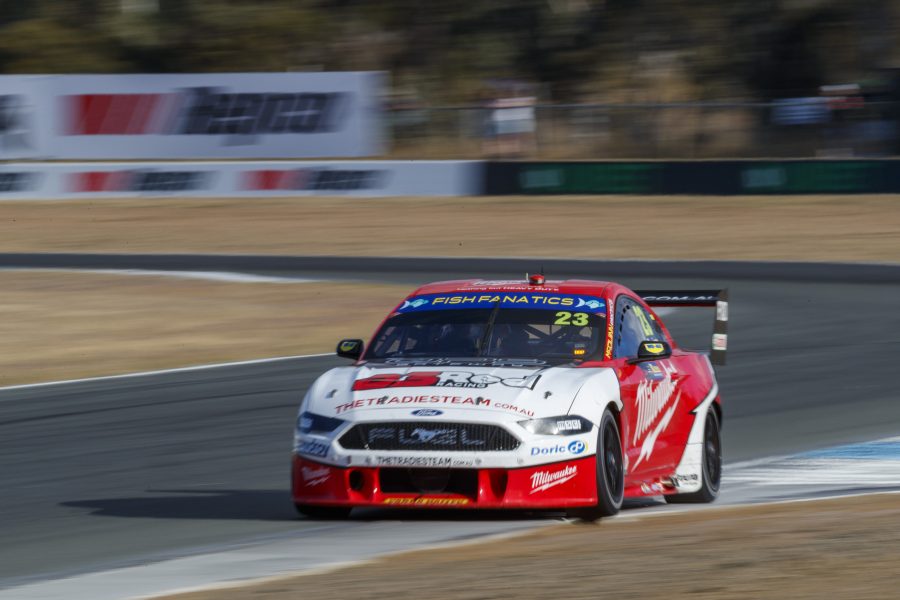 4. Shane van Gisbergen joined a select group of Supercars drivers to have scored 100 career podium finishes with his second placing on the Sunday at Queensland Raceway.
Taking his first podium finish with a third placing in Race 2 at Abu Dhabi in 2010, the 2016 champion stands alongside Jamie Whincup, Craig Lowndes, Mark Winterbottom and Peter Brock in reaching the milestone.

5. Only one Supercars driver has claimed an ARMOR ALL Pole Position at The Bend: Jamie Whincup. The Red Bull Holden Racing Team driver swept both poles at last year's event. However, while Whincup broke his race win drought at Queensland Raceway, he has yet to add to his record tally of 80 championship pole positions in 2019.

6. Championship leader Scott McLaughlin's victory on Sunday at Queensland Raceway moved him to seventh on the all-time list for most Supercars Championship race wins. His 38th career triumph moved him out of a tie with Mark Winterbottom and brings him one win shy of equaling Glenn Seton for sixth. 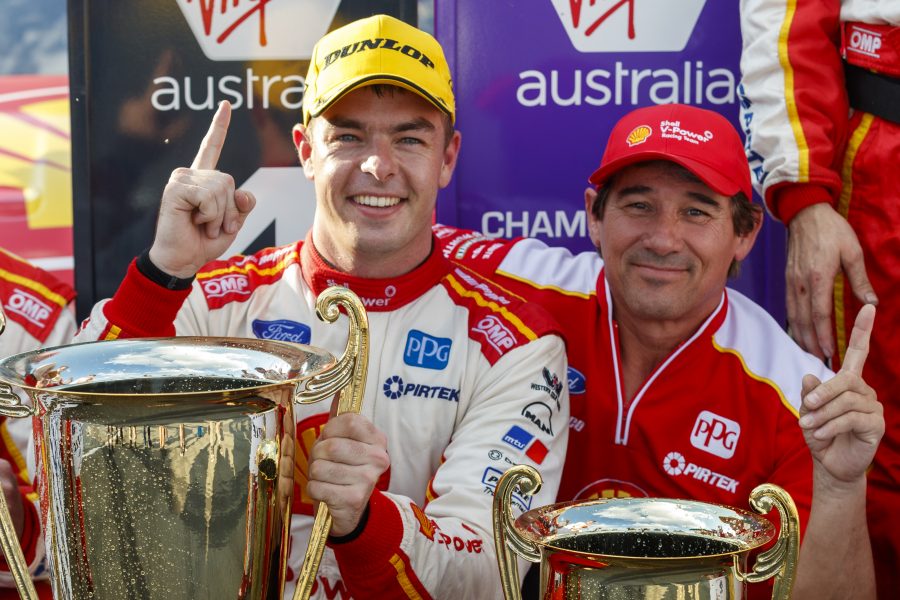 7. The OTR SuperSprint sees Dunlop's Sportmaxx Soft tyre make its third appearance at an event this season. DJR Team Penske and Triple Eight Race Engineering have swept all 13 races held since the start of 2018 where the Soft tyre has been used, the Ford team claiming seven – including all four so far this year – and the Holden squad taking the other six.

8. Victories for home-state Supercars racers have been a rarity on South Australian soil. Of the 91 ATCC/Supercars championship races held in the state so far, only two have been won by locally born or raised drivers: Russell Ingall (1998 Mallala, Race 2) and Nick Percat (2016 Adelaide 500, Race 3).

9. A total of 11 drivers in this year’s field have finished all 20 championship races held so far this season, mirroring the tally heading into the same event last year.
Kelly Racing’s Garry Jacobson has had the most failures to finish this year – the Supercars Championship rookie has failed to finish three races so far in 2019.

10. Three drivers are making their maiden Supercars visits to The Bend this year, with full-time rookie Jacobson joined by wildcard entrants Jack Smith and Thomas Randle.
For the latter, who took his first Dunlop Super2 Series race win last time out at Queensland Raceway, his entry in a fifth Tickford Racing Ford Mustang GT marks his debut in the Supercars Championship.