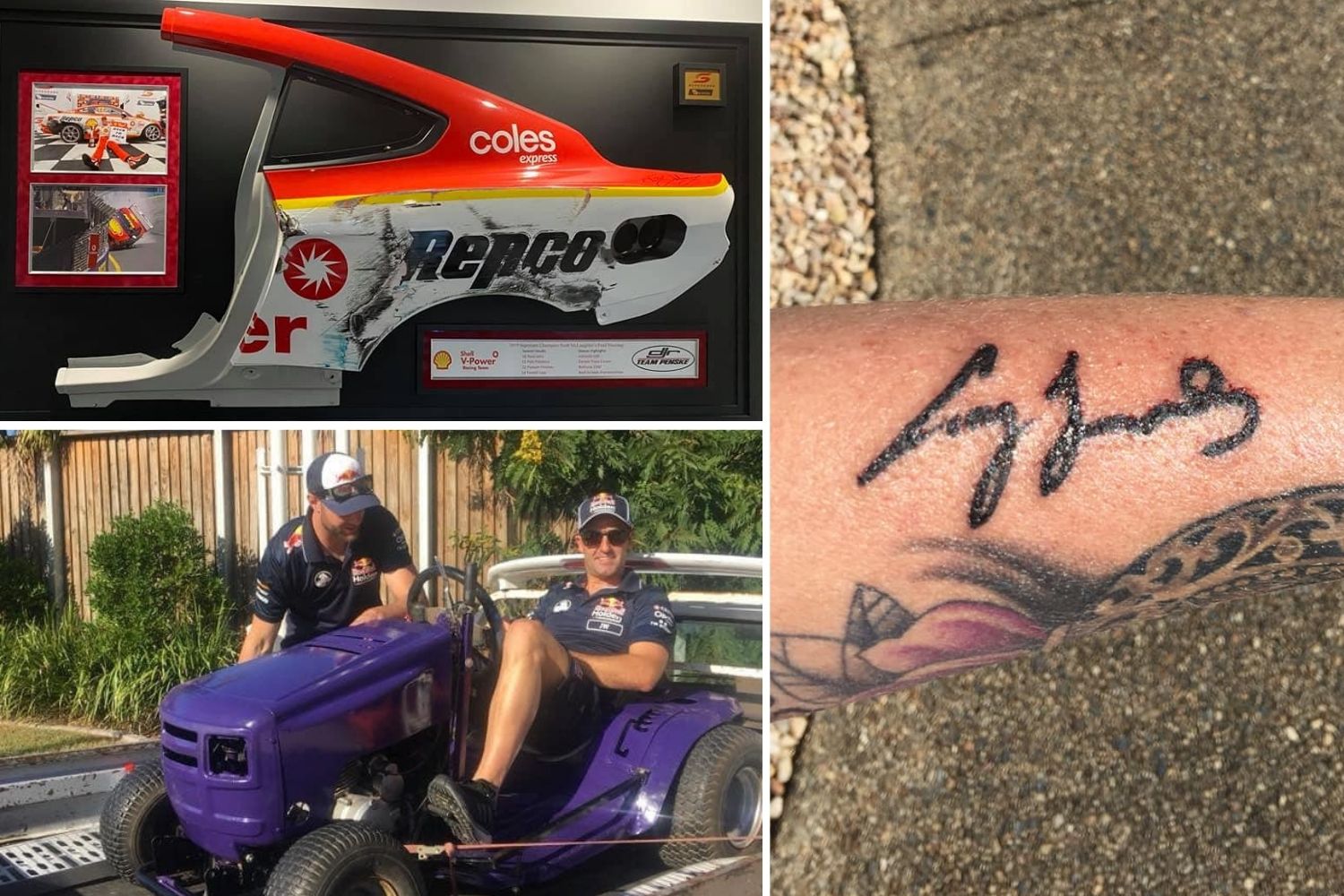 Hundreds of Supercars fans have shared their best driver souvenirs via social media, prompted by a Jamie Whincup mega-fan revealing a special memory with the retiring seven-time champion.

Posting photos, anecdotes and videos to Facebook, fans recounted touching memories and collectibles dating back to the early 1980’s.

Supercars.com takes a look at some of the awesome stories fans have shared.

It’s a good day when Supercars Hall of Famer Dick Johnson signs the engine in your FPV GT Falcon.

Add in Ryan Story, Fabian Coulthard and Scott McLaughlin and you’ve got yourself one fantastic piece of automotive memorabilia. 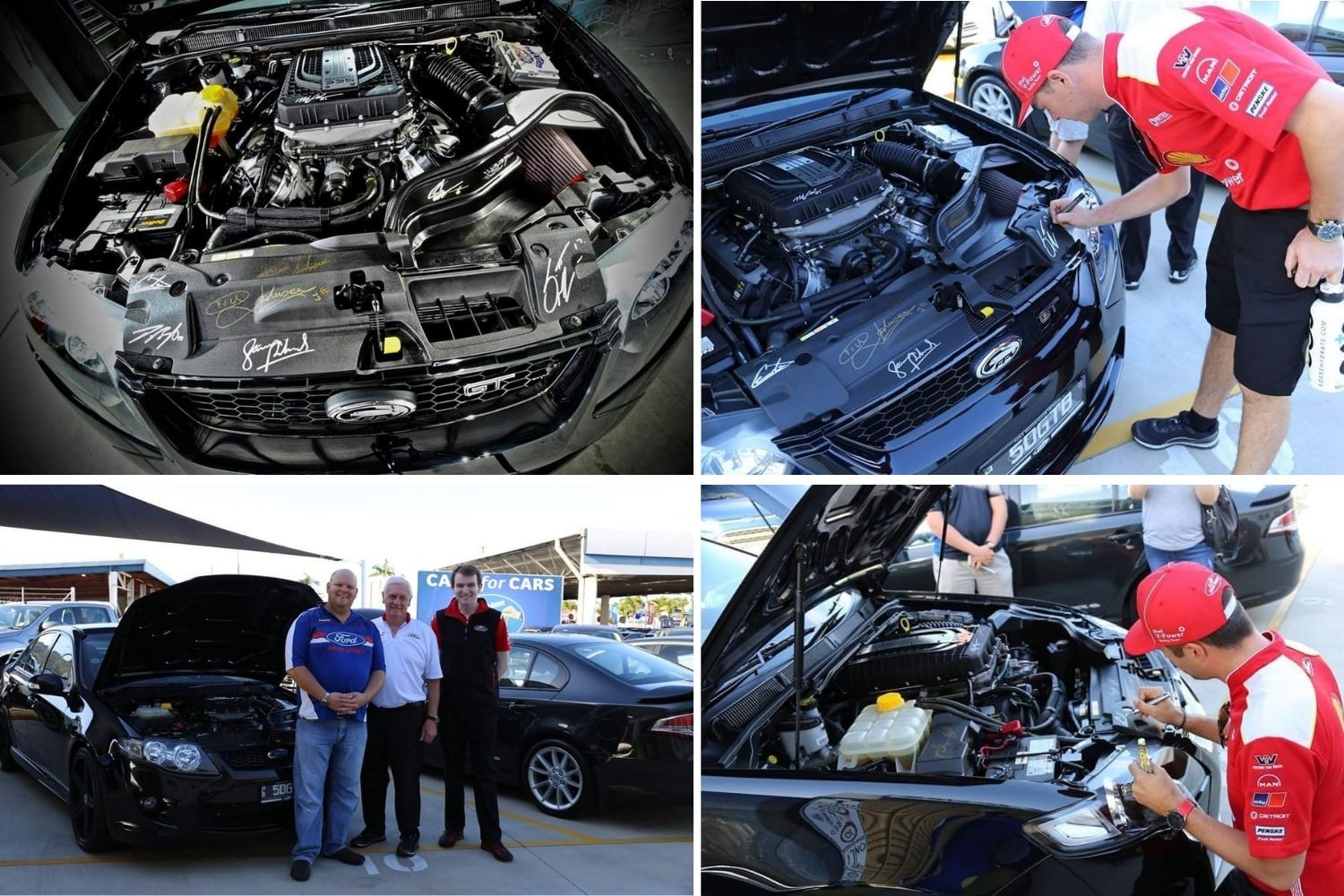 A sun visor or a unique autograph book? Why not both?

Chaz Mostert, Mark Winterbottom and Will Davison have all left their mark on this one. 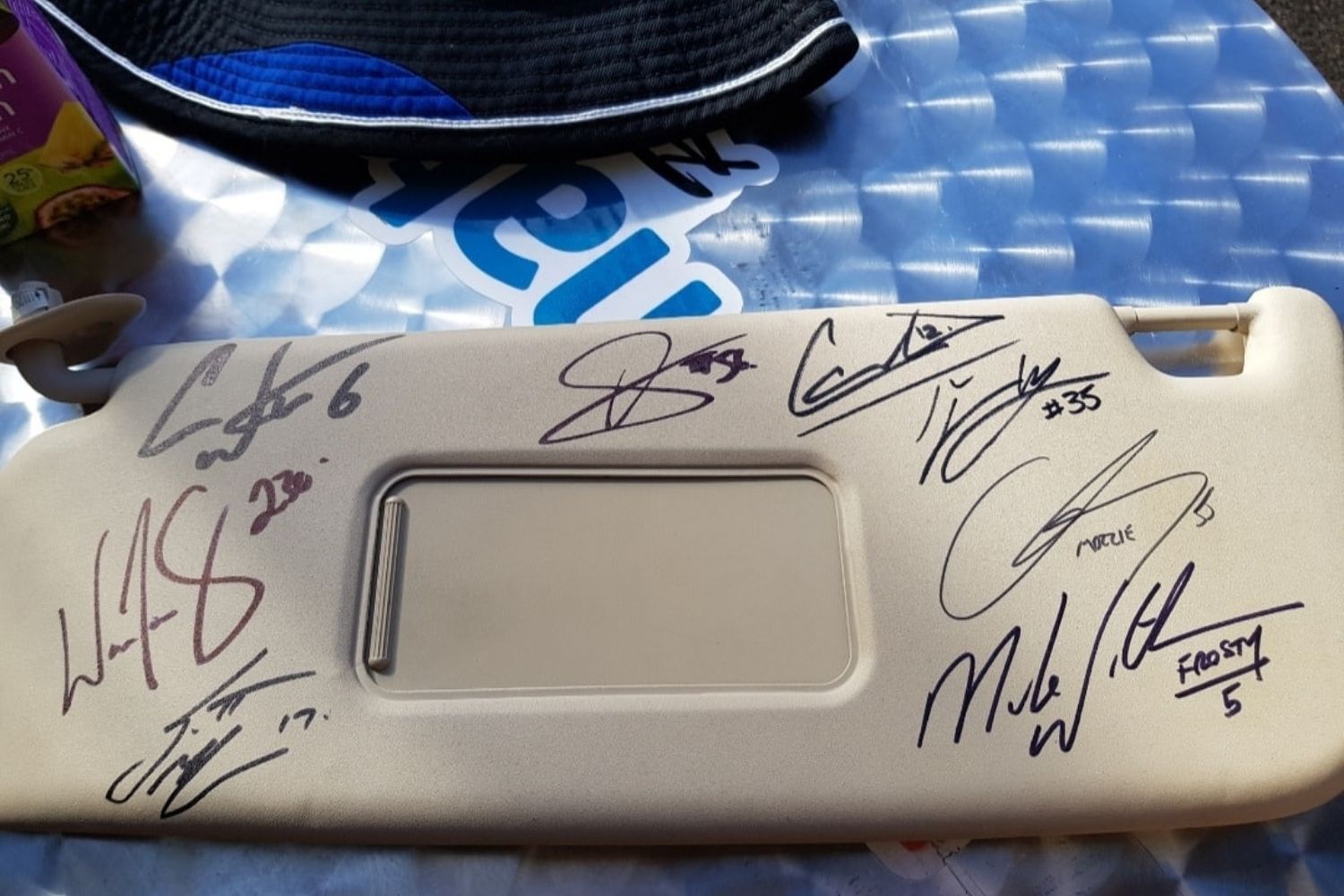 One fan's collection features one of the most shocking moments of Scott McLaughlin’s Supercars career.

This mounted display features the door panel from McLaughlin's 2019 #17 Shell V-Power Mustang, after its horrifying crash at the Gold Coast 600. 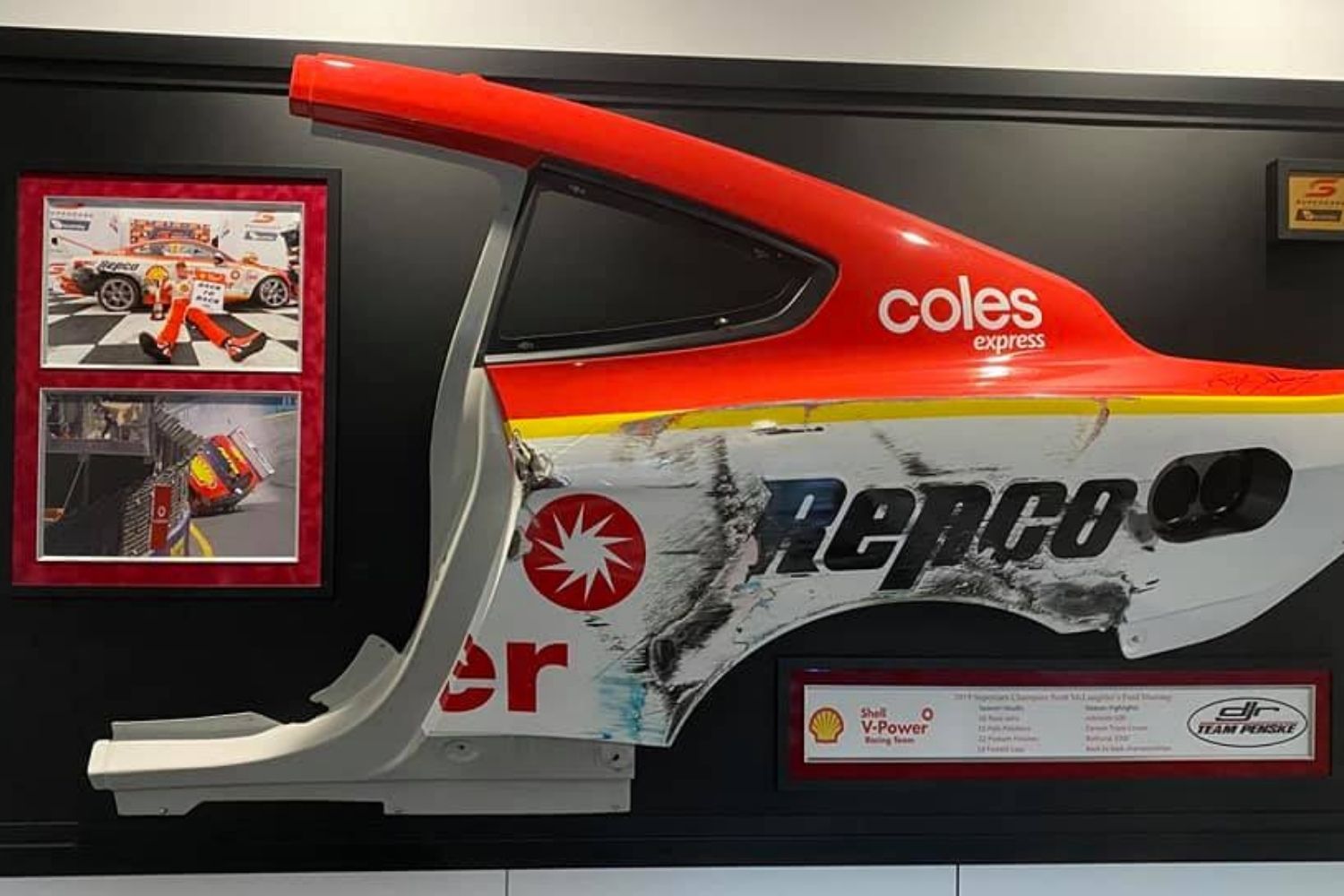 Used parts of Supercars appear to be a favourite collectible with fans, with one owning a side skirt from Scott McLaughlin’s Volvo (year not disclosed), a door from James Moffat’s 2016 Volvo and a rear corner from Nick Percat’s Commodore.

Another fan has a Dunlop tyre from Whincup's 2009 championship winning Triple Eight Falcon, complete with the 123-time race winner's signature and marks from a celebratory burnout. 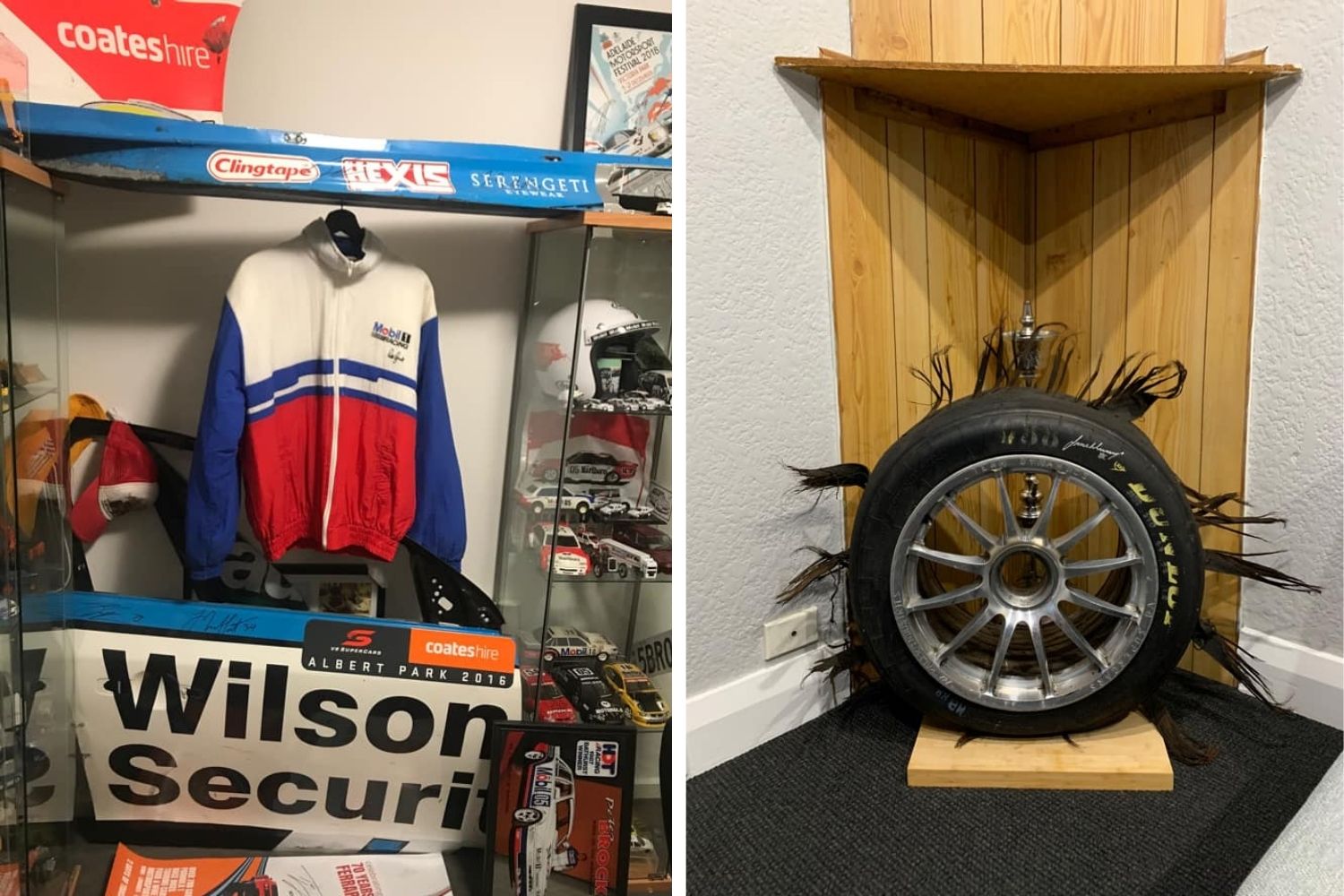 Another collection features the door of the Jason Bright's Brad Jones Racing Commodore from the 2014 Sandown 500, that was run over by Rick Kelly. 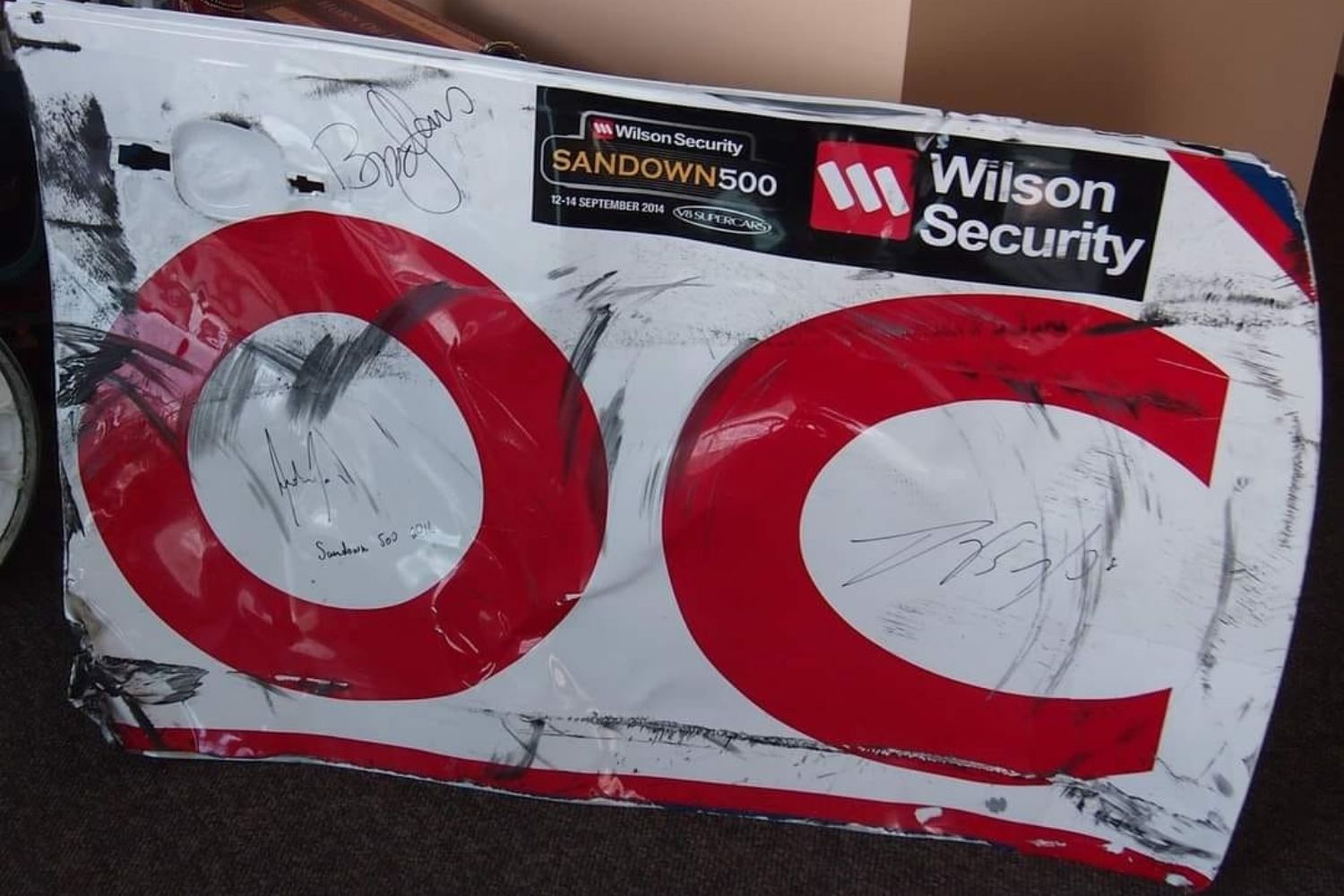 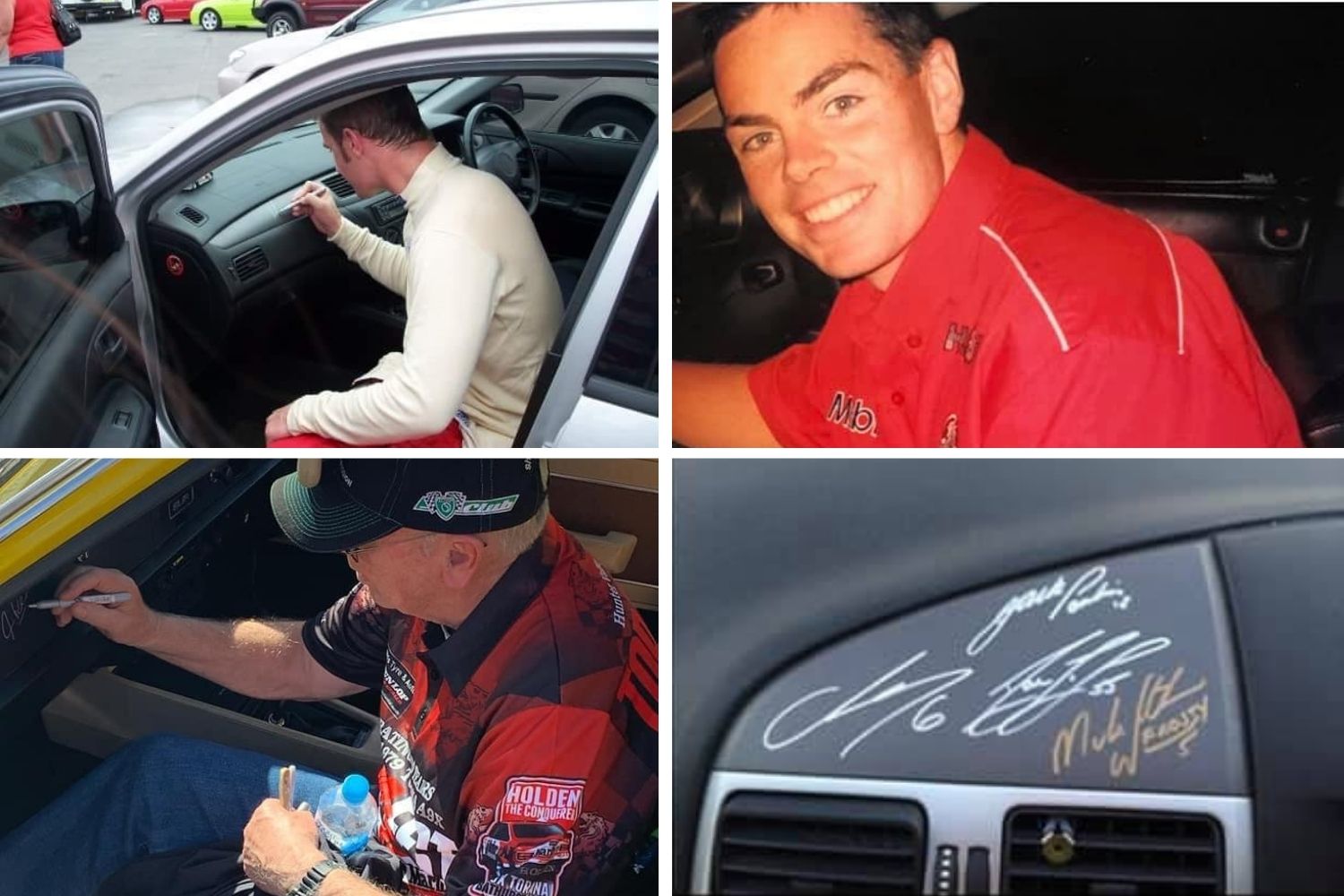 The exclusive prize was awarded for topping a simulator competition at a T8M8 event. 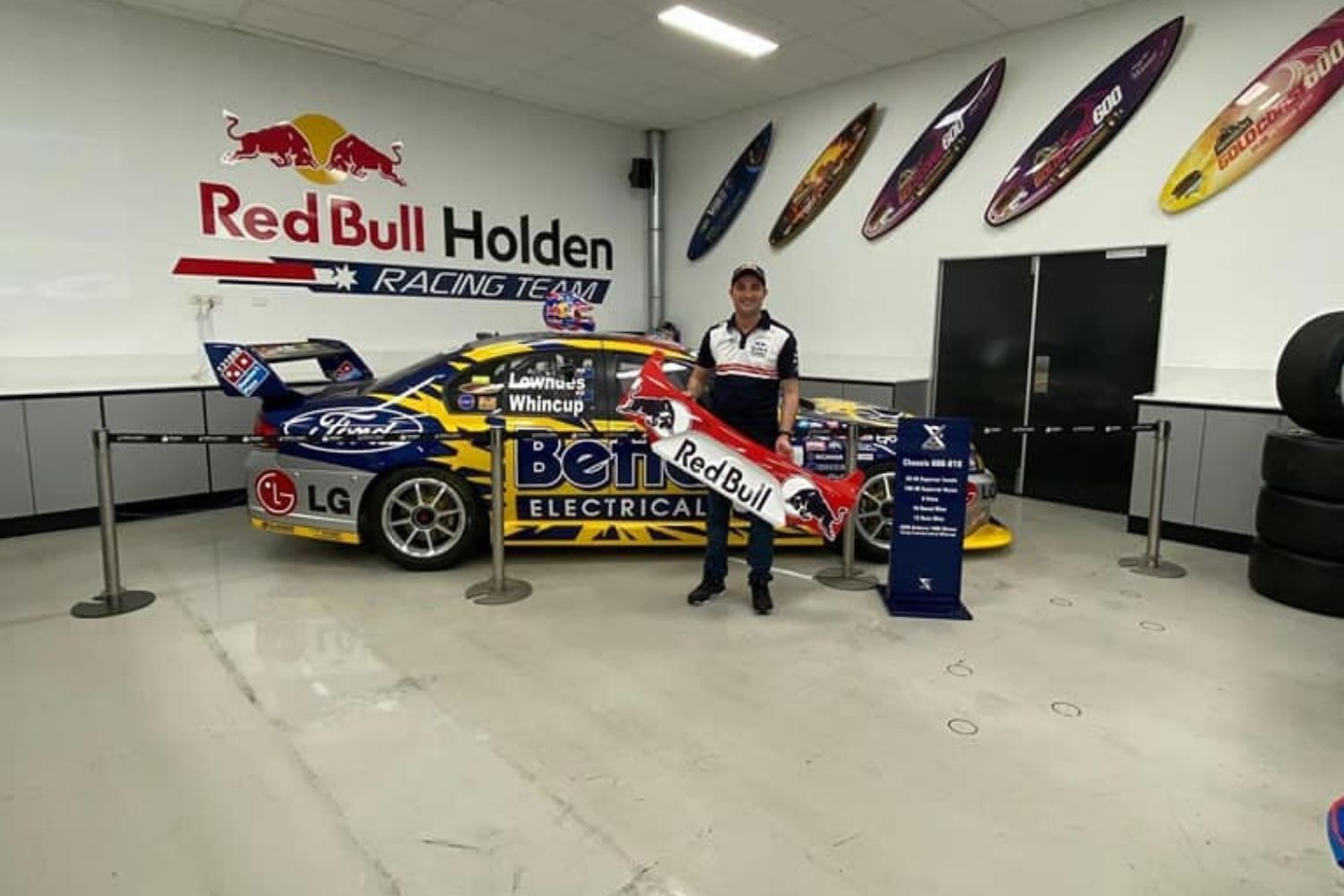 History of The Great Race

Hanging proudly in this fan's 'pool room' is this third-place trophy from The Great Race in 1983, won by two-time Bathurst winner, Allan Grice. 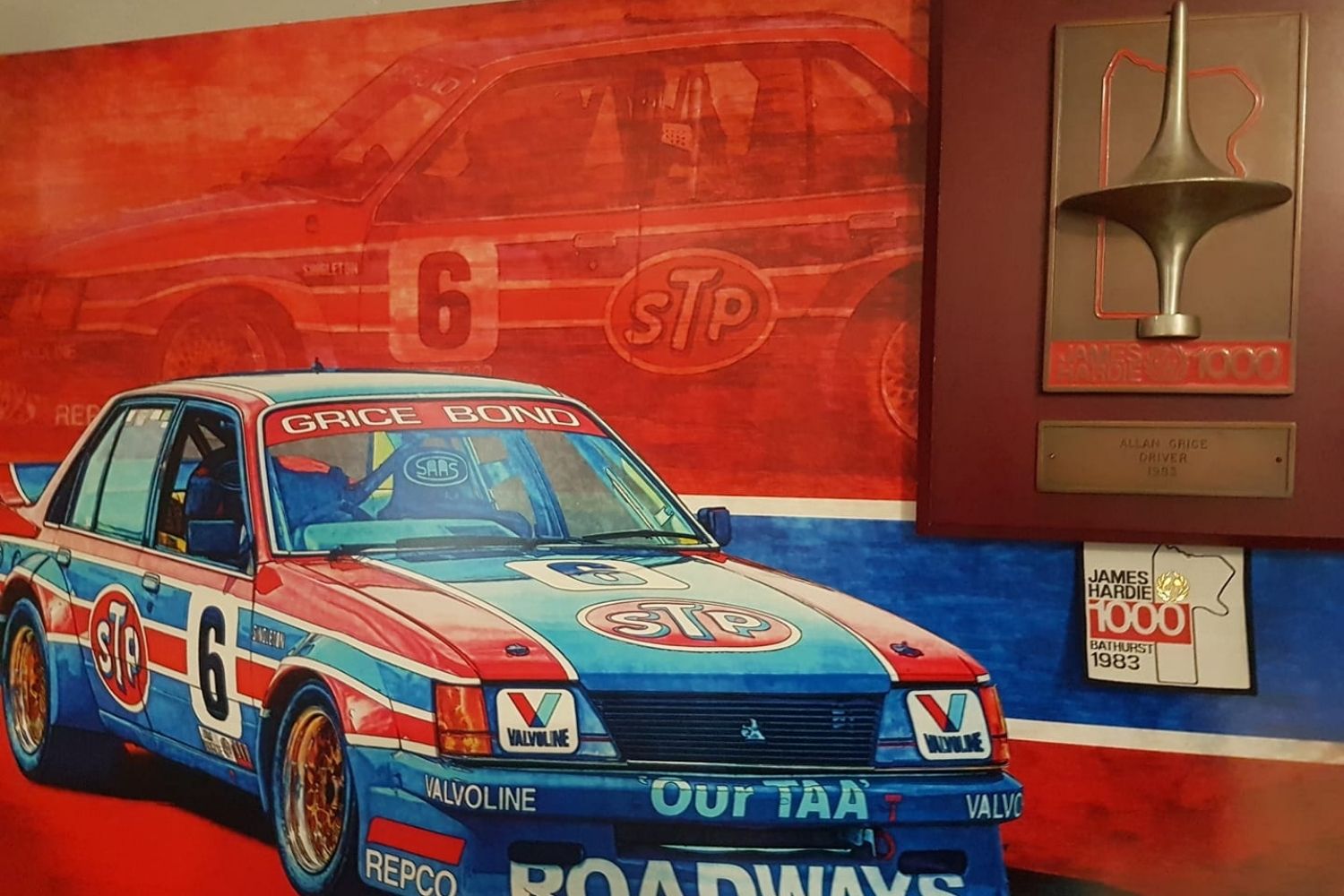 Some little Supercars fans start their memorabilia collections early, with a toddler-sized custom-made race suit signed by Lowndes at the Bend Motorsport Park in 2018. 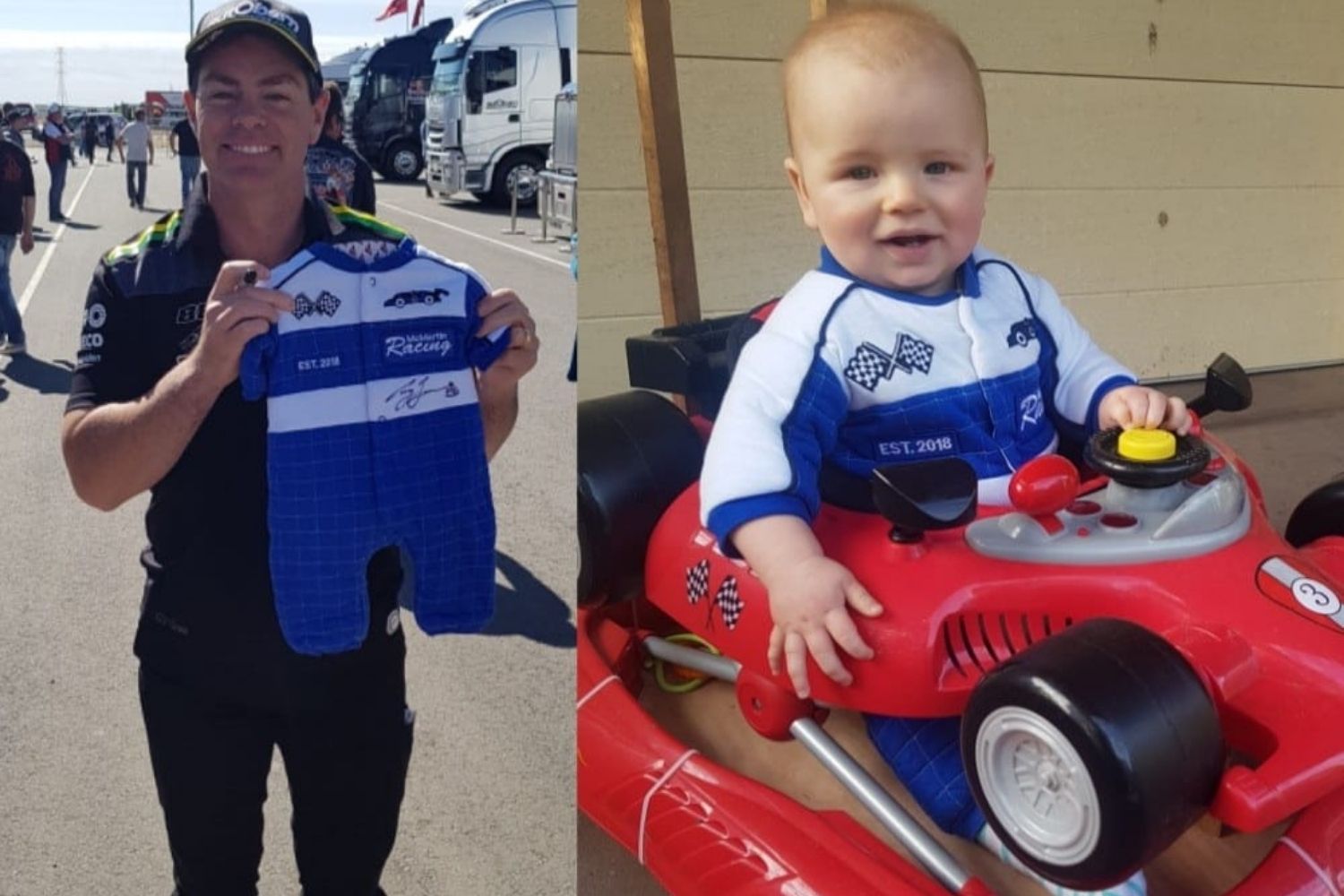 Looking for a permanent memory that you can take with you everywhere you go?

Perhaps consider getting Lowndes' signature tattooed on your arm like this mega-fan. 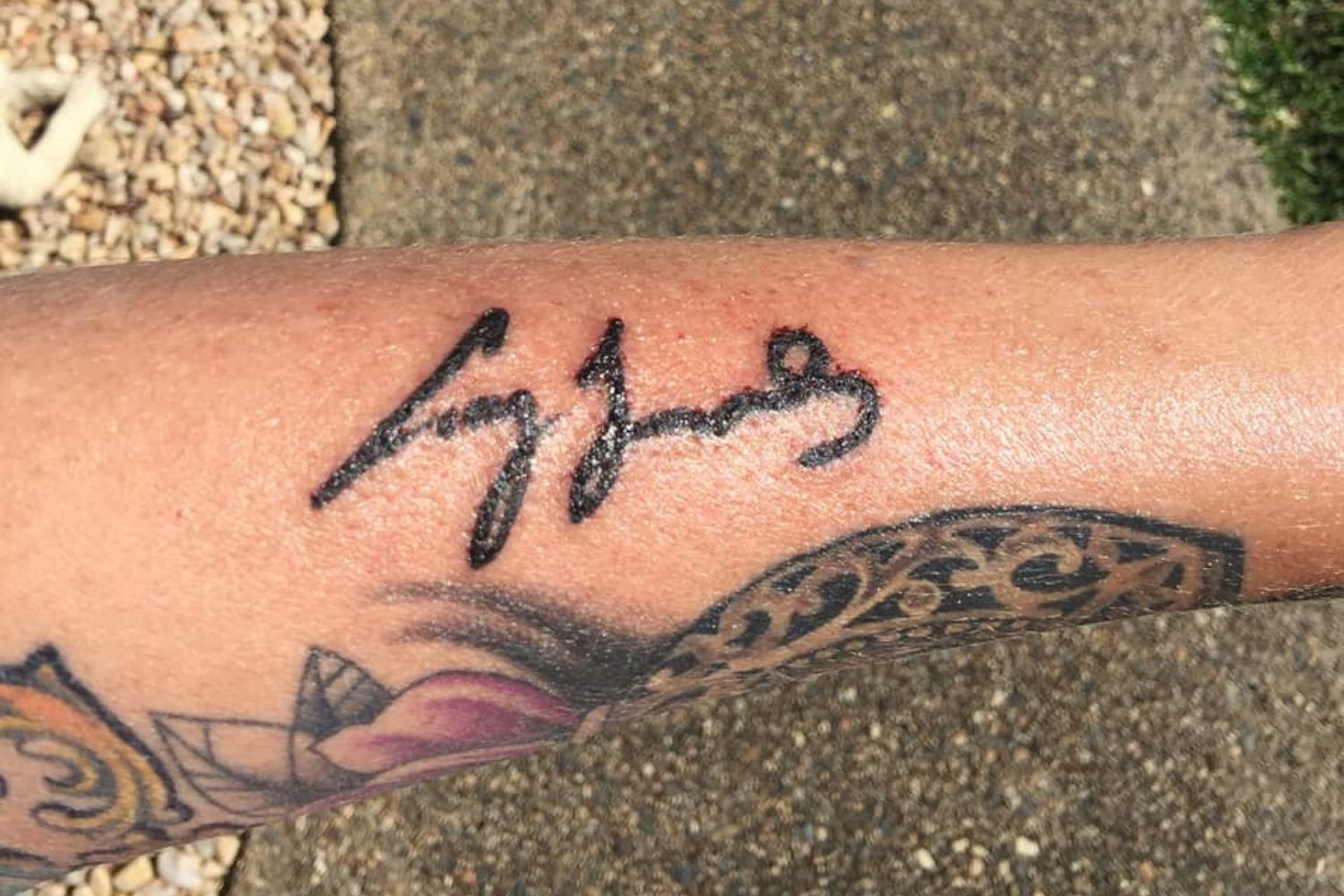 Who else can say they have a ‘jandal’ signed by a three-time Supercars champion?

We do wonder if it was cleaned before McLaughlin touched it though. 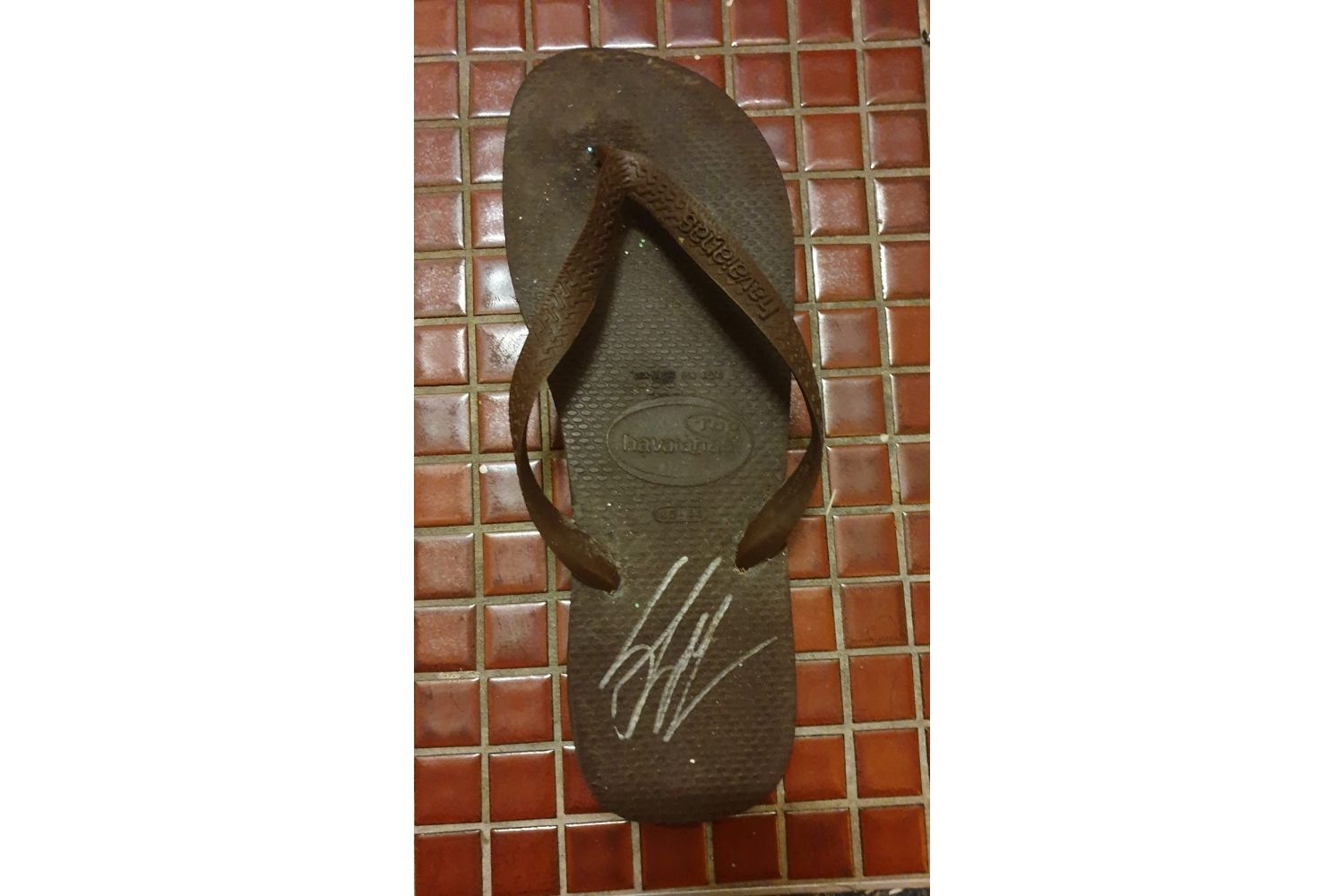 A new racing chapter for Whincup?

It’s true that Supercars drivers will race anything they can, and retiring Whincup looks quite at home in a racing lawnmower. 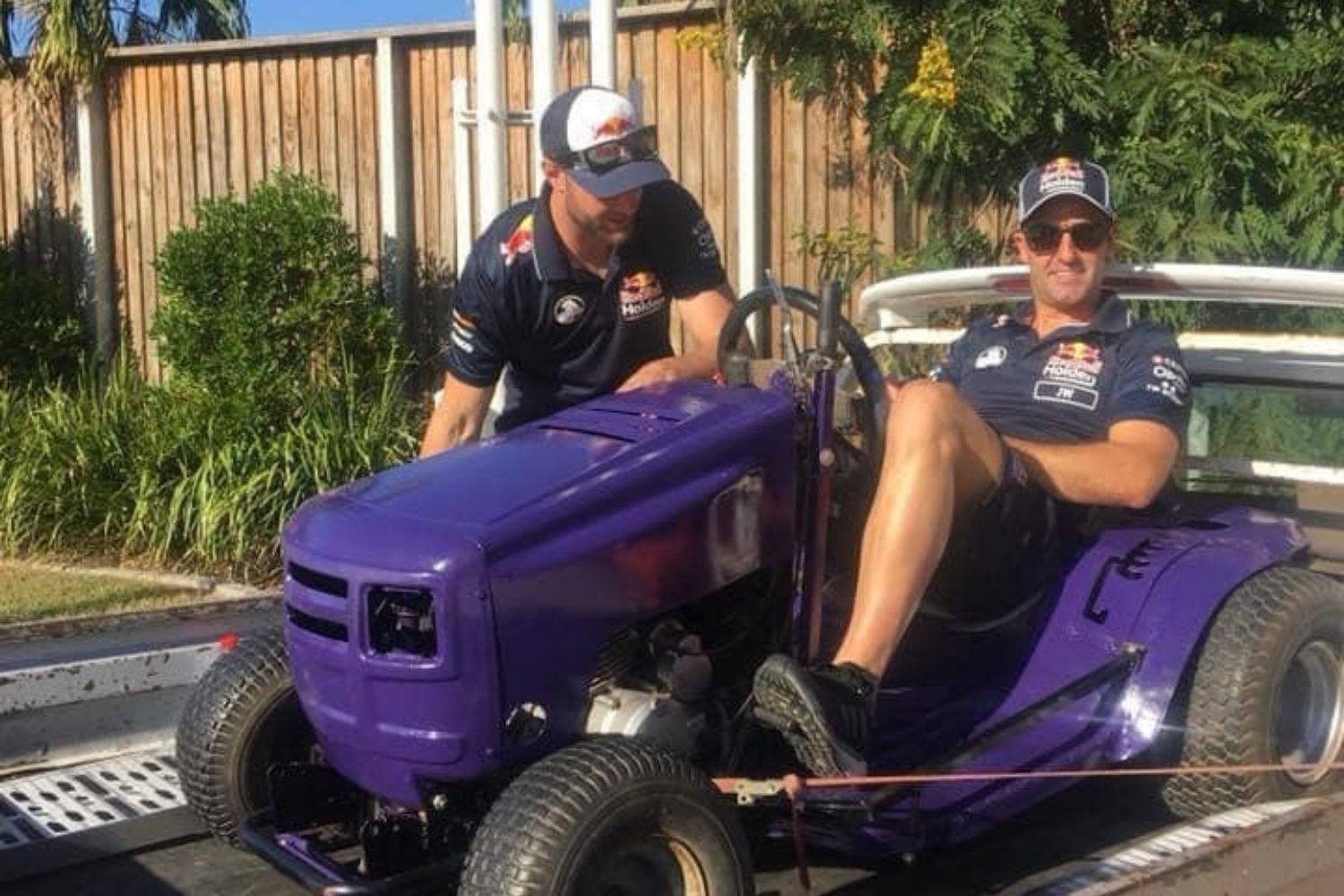 A fan shared this photo of Waters and her son sharing a post-race sandwich.

Not much has changed has it Cam? 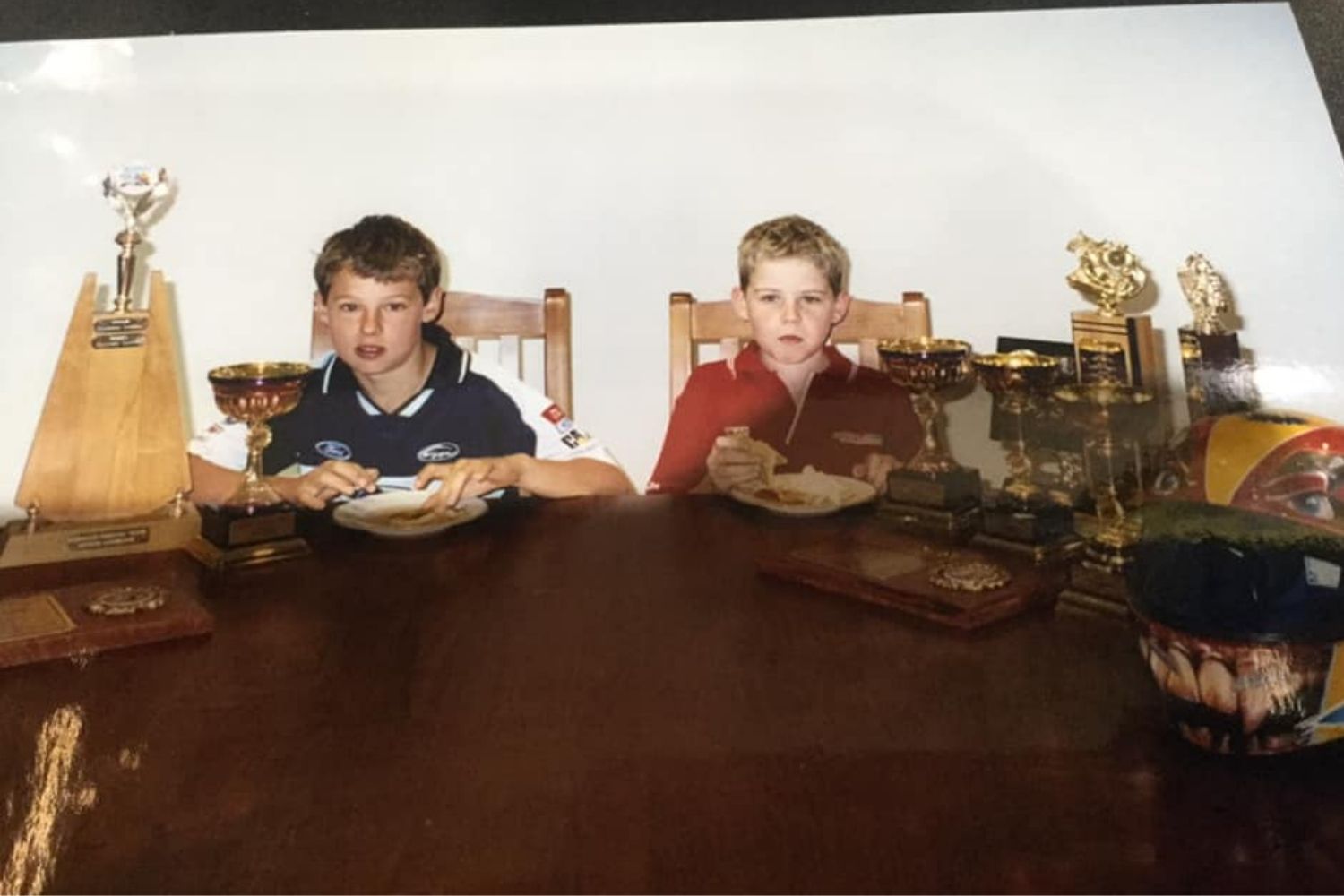 It’s not often you see a Holden driver refueling a Ford, but when petrol was 88.8 cents a litre for fans ahead of the Clipsal 500, Jamie Whincup was only happy to oblige. 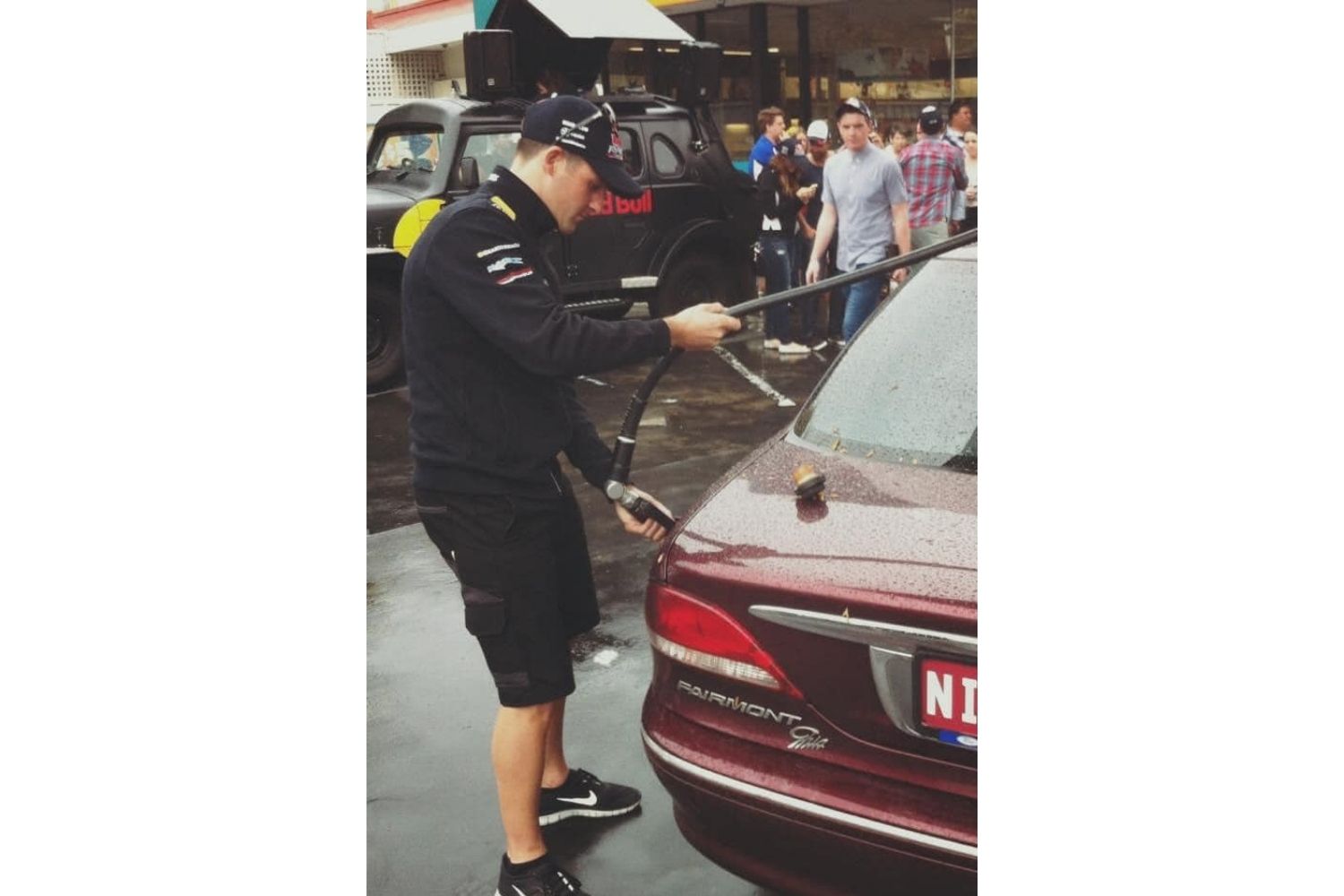 Refuelling of a different sort is important for Supercars fans.

Seven-time Bathurst winner Lowndes was happy to help this young fan by making him a ham and cheese pizza, complete with an autographed box. 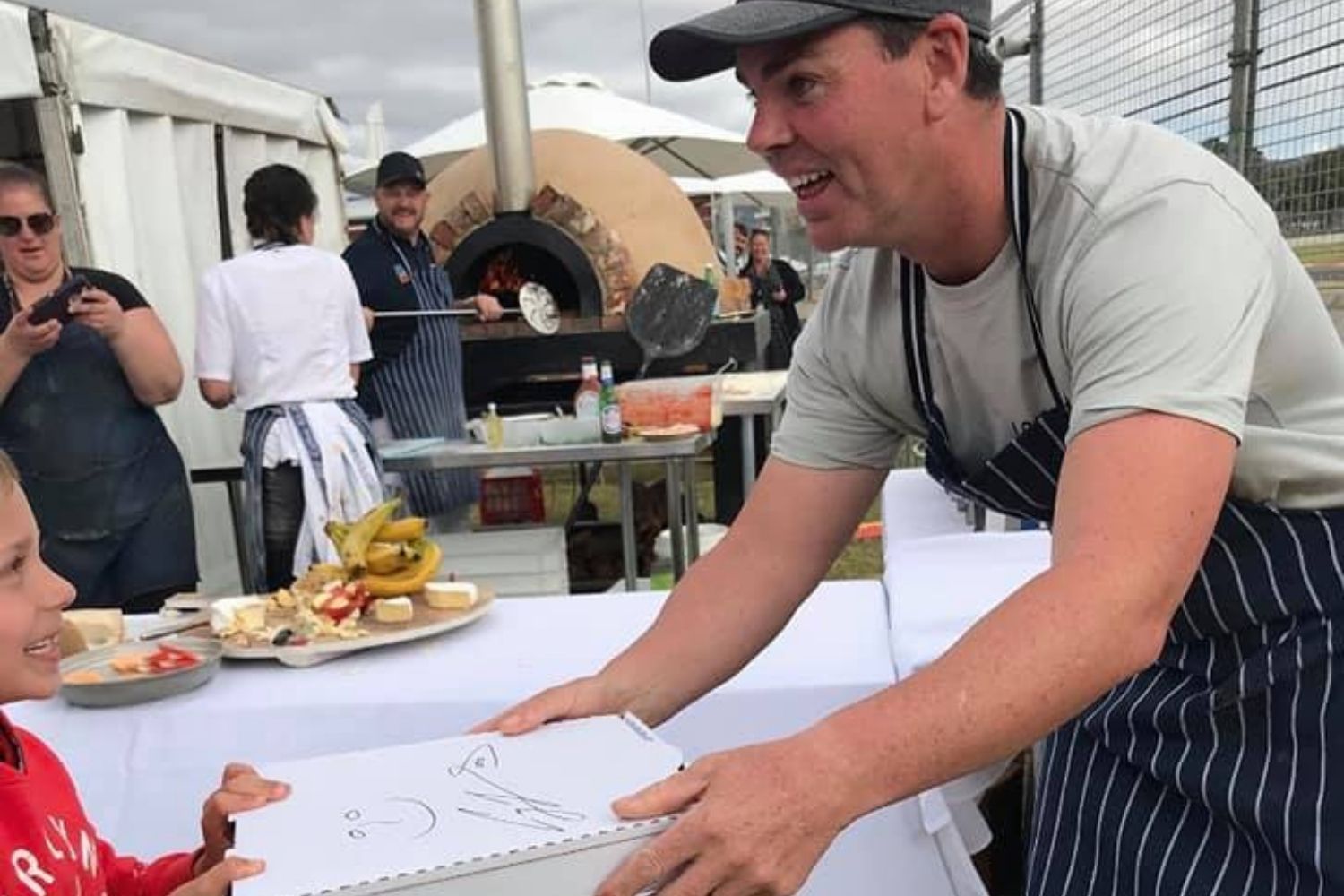 Todd Hazelwood is always up for a good throwback photo.

Joining fans in sharing his fond memories, the BJR driver posted a special moment from his childhood karting days.

The memorable throwback is the first time Hazelwood met Lowndes and Whincup in 2006. 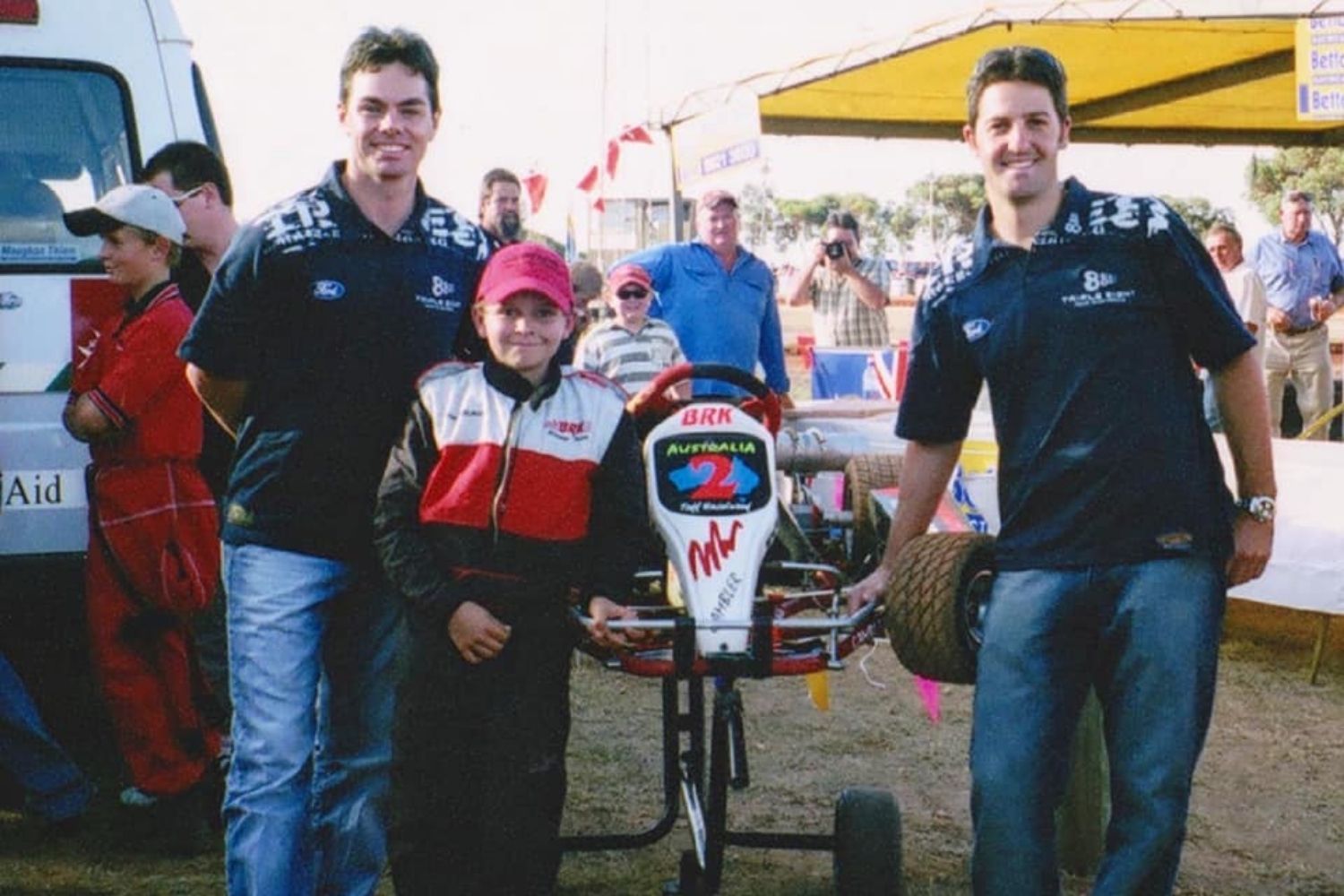