In last night's inaugural Tuesday Night Takeaway, viewers were treated to a sneak-peek at the spoof Supercars dating app Tander.

The cheeky promotion, named after the four-time Bathurst winner, was streamed live on Facebook and promised to fast-track fans' love lives with some handy help from Tander himself.

What did the fans think? 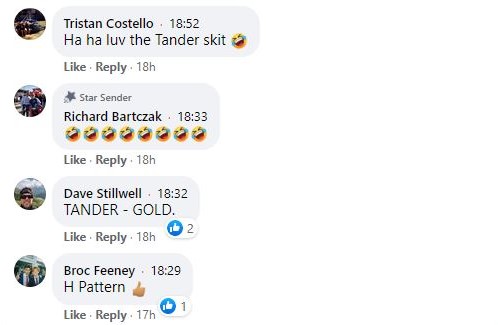 The video features funny moments of Tander as a third-wheel on a first 'Tander Plus' date and footage from pit lane.

There's a proposed price structure for access to the app, if it were real.

"I have no idea how you got Garth to agree to that, but well done," said Tuesday Night Takeaway co-host Chad Neylon.

"Good news is, even if you don’t find the love of your life, you walk away with a signed 2003 GRM T-shirt," Briony Ingerson joked.

Tuesday Night Takeaway will be live streamed on Facebook on the Tuesday night after each race weekend.