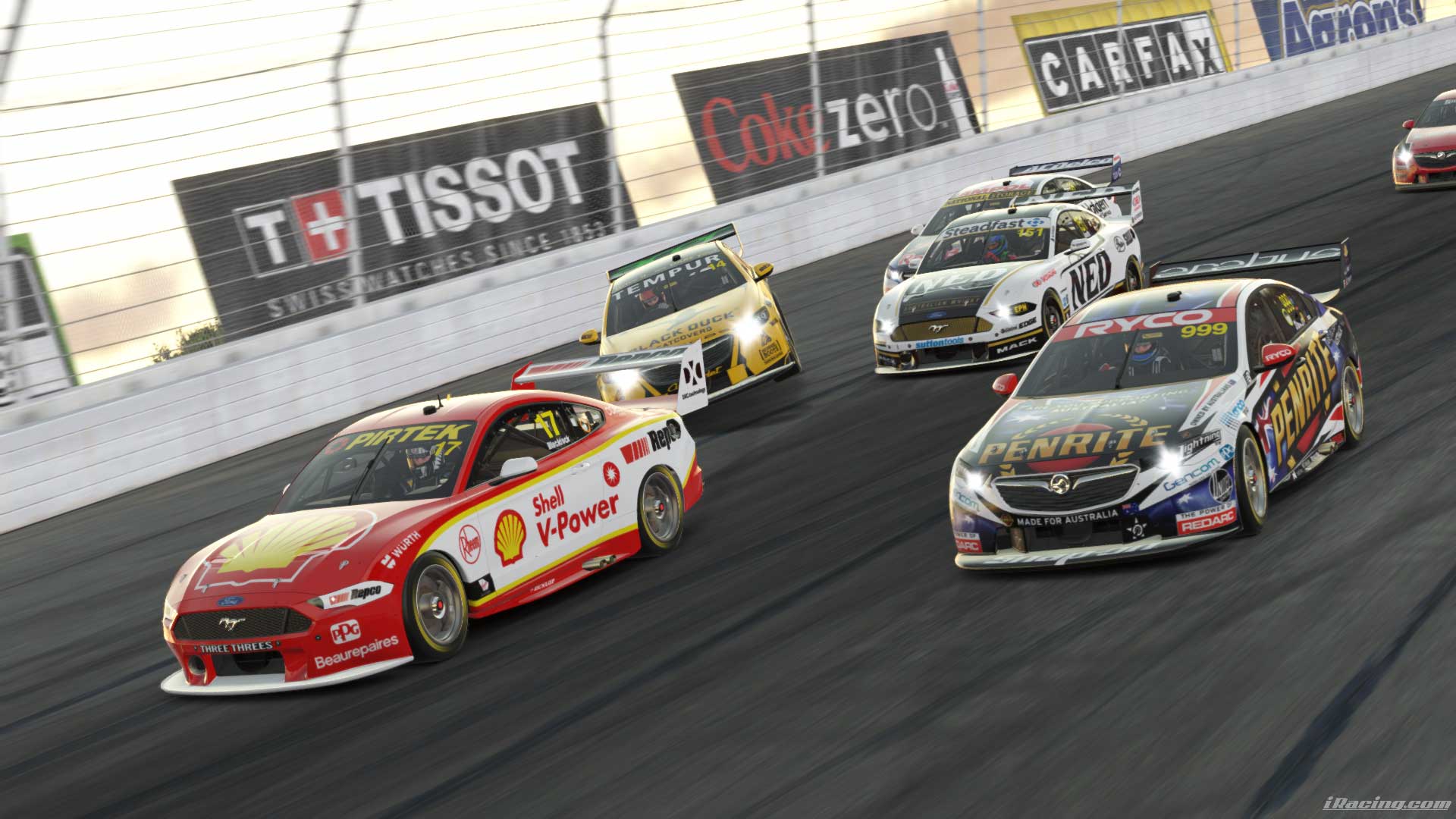 A fan vote will decide the location for the next two races of the Supercars Repco Pro Eseries.

Round 5 of the virtual championship will be contested across three races next Tuesday night - the first two at the fan-voted circuit.

Fans have the choice of either the Charlotte Oval or Laguna Seca road course, both in the United States of America.

The chosen venue will host two races worth 75 points each - the starting order for the first based on qualifying and the second a reverse grid of the Race 1 result.

Round 5 will then conclude with a single, 150-point race at Spa-Francorchamps based on a second qualifying session.

This week’s Round 4 featured the season’s one and only schedule oval circuit, Michigan International Speedway, and Italy’s Monza.

A tough fourth round bumped Brad Jones Racing’s Madison Down to third, 101 points adrift of the lead with two events to go.

Repco Racing’s Jordan Caruso and Red Bull Holden’s Jarrad Filsell are fourth and fifth, 148 and 171 points from the top respectively.

16/11/2020
Stay In The Know
Sign up to the Repco Supercars Championship Newsletter
We use cookies to ensure that we give you the best experience on our website. If you continue to use this site we will assume that you are happy with it.Ok