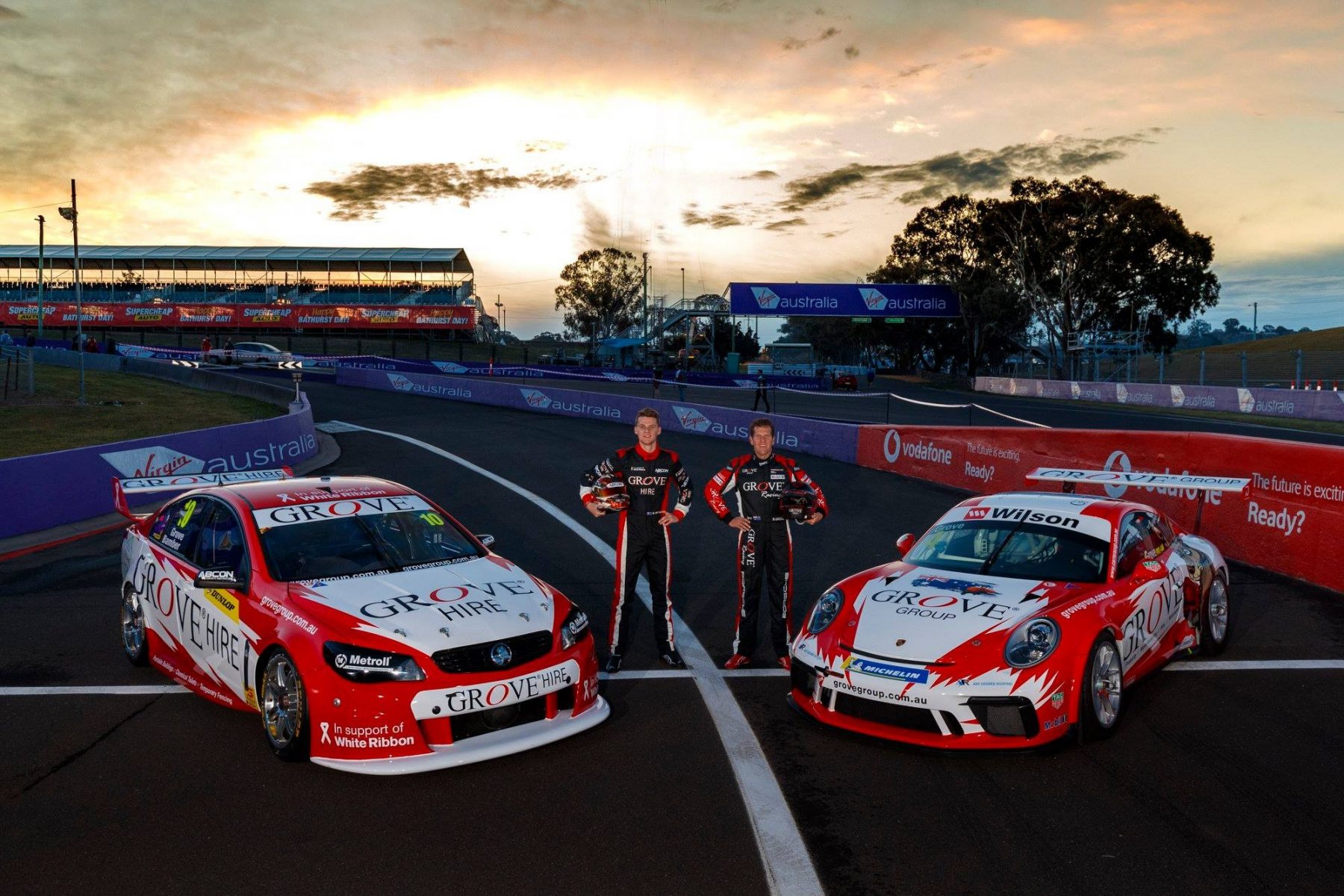 A competitive nature and family values have paved the way for veteran businessman and racer Stephen Grove's rise to Supercars with Kelly Racing.

Last week, the Grove Group was announced as a major shareholder in Kelly Racing, with the team be renamed as Kelly Grove Racing.

Grove is no stranger to motorsport circles, founding Grove Racing in May 2011, with the team establishing itself within the Australian motorsport industry across the last decade.

Success is in the Grove family's DNA, with Stephen and son Brenton thriving behind the wheel away from the business.

However, the move into Supercars marks the Grove family's biggest challenge yet, and one which racing "lover" Stephen is raring to begin. 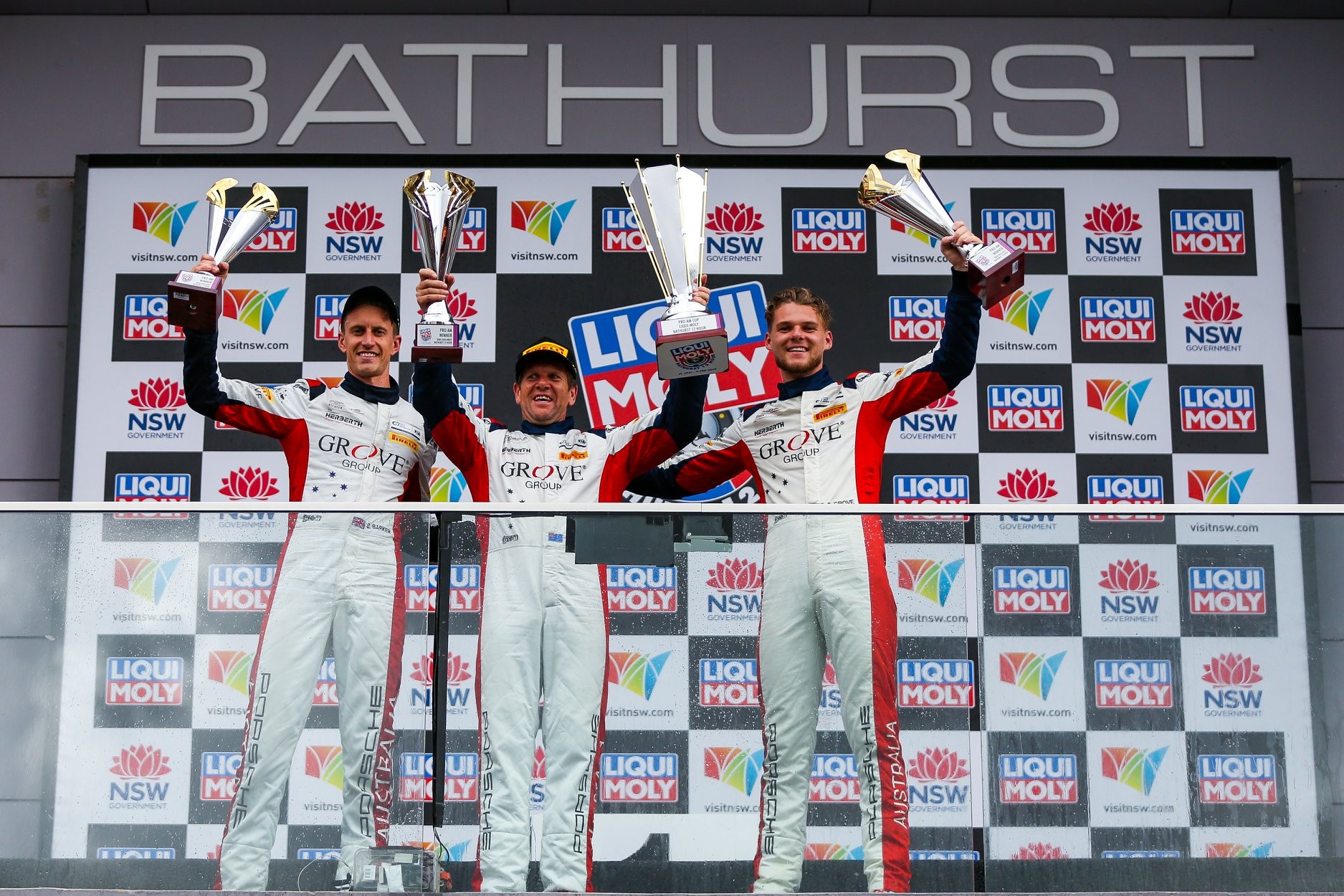 "As a competitor, I really enjoy the competitive side of being in the car and racing," he told Supercars.com.

"I really enjoy being a team owner and looking at strategy and how you improve the business, and how you get everyone to work together as a team.

"Since I was a young kid, I've really enjoyed watching motorsport, watching all the Bathursts growing up.

"That's what drove Brenton and I to motorsport, we're real lovers of it."

From Porsche to endurance racing, as well as various sponsorship deals including with Scott McLaughlin and Anton De Pasquale, the Grove Group has already given so much to Australian motorsport.

The family's on-track exploits and motivation are as impressive as they come. From Spa-Francorchamps to Monaco, Stephen has followed his passion for Porsche racing around the world. 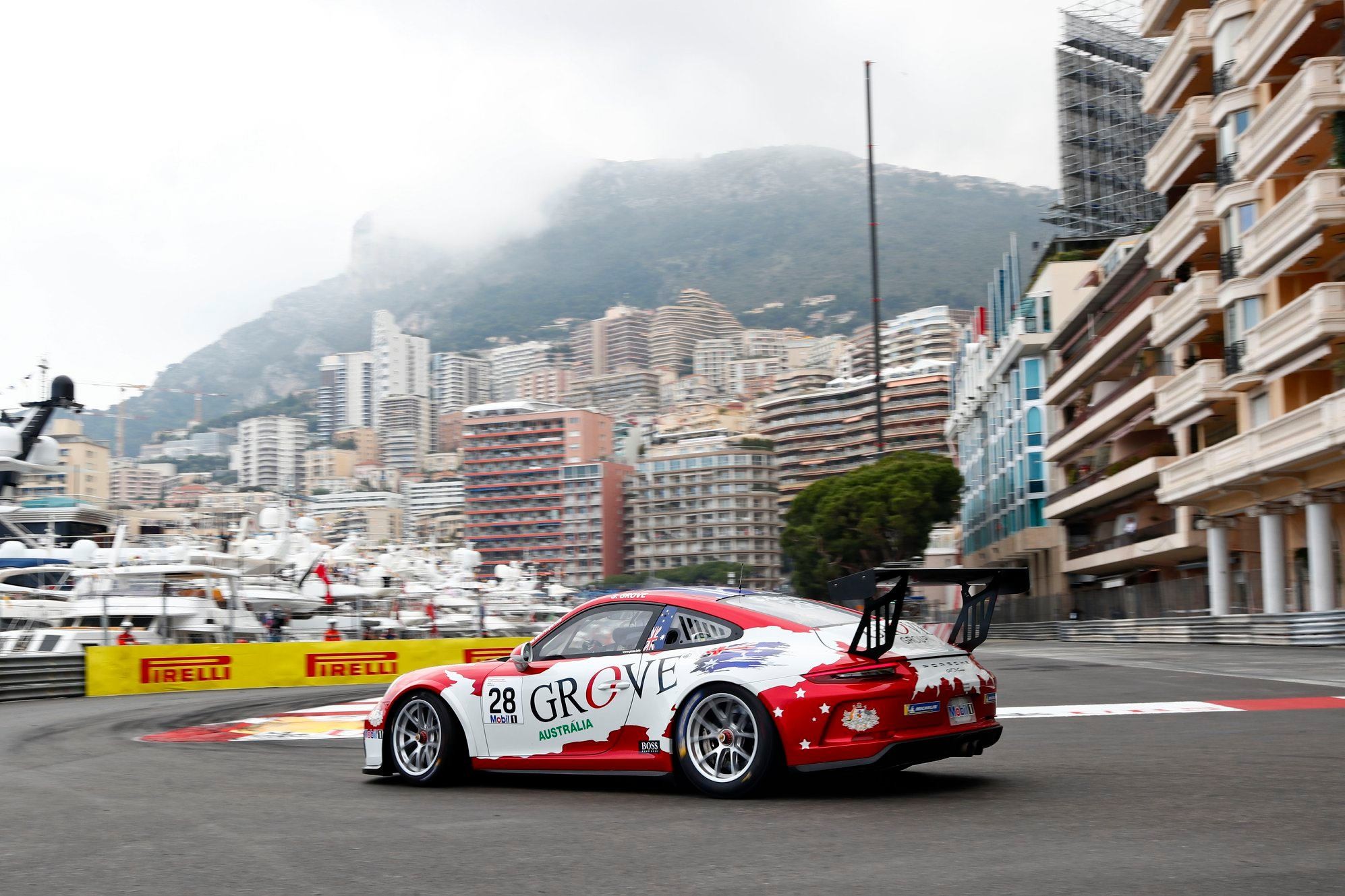 However, the team's greatest successes have come on home soil, with Grove combining with McLaughlin and Earl Bamber in 2014 to clinch the team's first of five Bathurst 12 Hour class wins.

Brenton is also an accomplished talent, having burst onto the scene with a debut win in the Australia Formula 4 Championship in 2016.

Both father and son ran their own separate series in 2017; Stephen returned to tackle Carrera Cup, while Brenton finished second in the Porsche GT3 Cup Challenge.

After another Bathurst 12 Hour class win in 2018, with the father-son duo combining with Ben Barker and Daniel Gaunt, the Grove operation expanded into Super2.

As Grove snr made his debut in Porsche Mobil 1 Supercup, the pinnacle of Porsche one-make racing in the world, 23-year-old Brenton learned his craft in the development series and recorded a season-best finish of 10th at Mount Panorama.

He returned in 2019 as part of a two-car Triple Eight Race Engineering effort, and he impressed in his sophomore season, highlighted by a second place at Townsville. 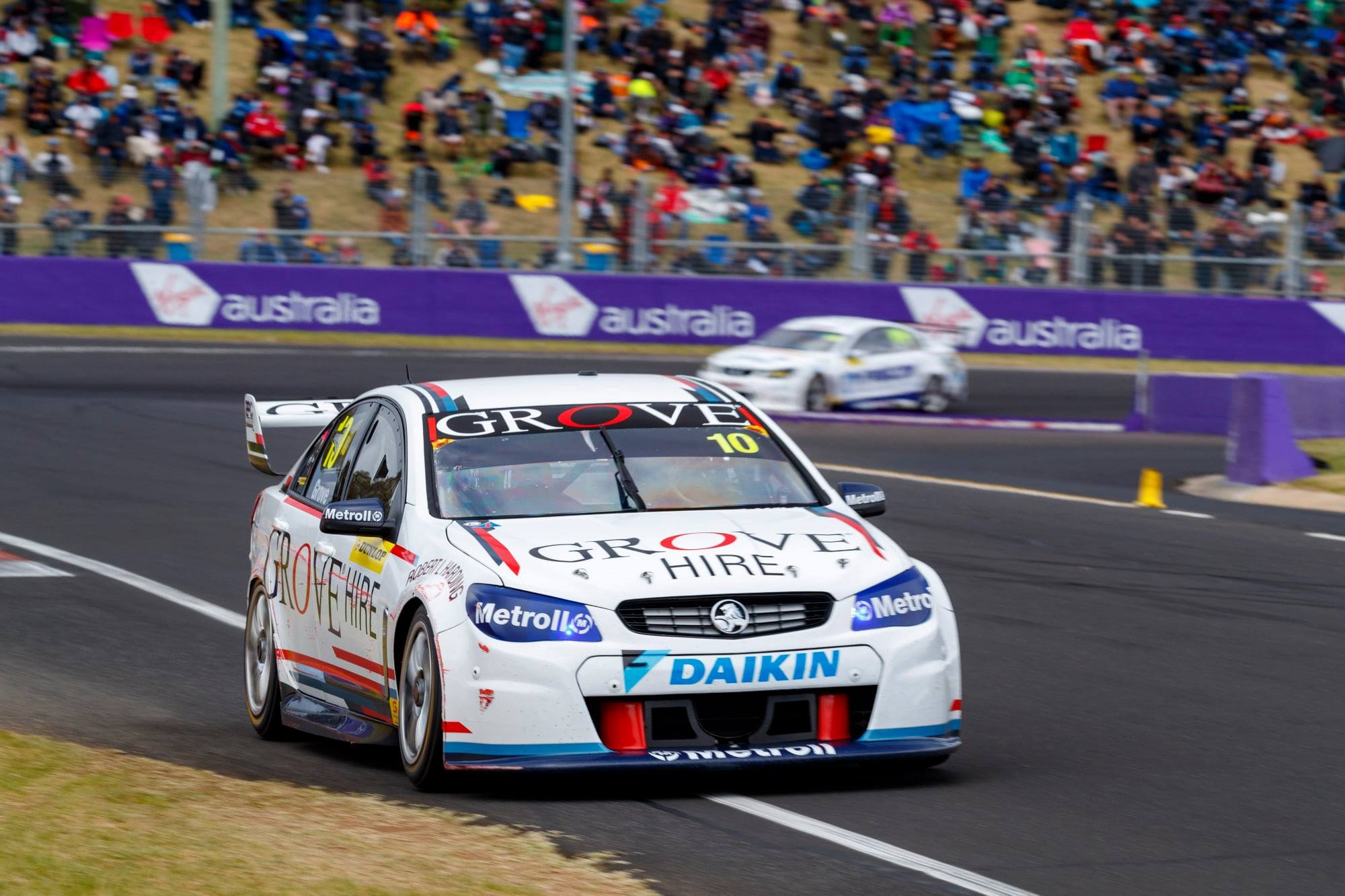 Through their separate successes, the Groves have flourished side-by-side, with the duo combining for several local and overseas events.

But with the business flourishing, a 22-year-old Brenton had to make a crucial decision, one which would bring him closer to his father professionally.

"He was heavily involved in both, and it was his decision whether he wanted to make a career out of motorsport or get into the business.

"He chose the business, and he's gone back to do a Masters of Business.

"It was a real fit for us. He has a strong understanding of the technical side, and I enjoy the commercial side.

"As a team, it is really good that we can do this together." 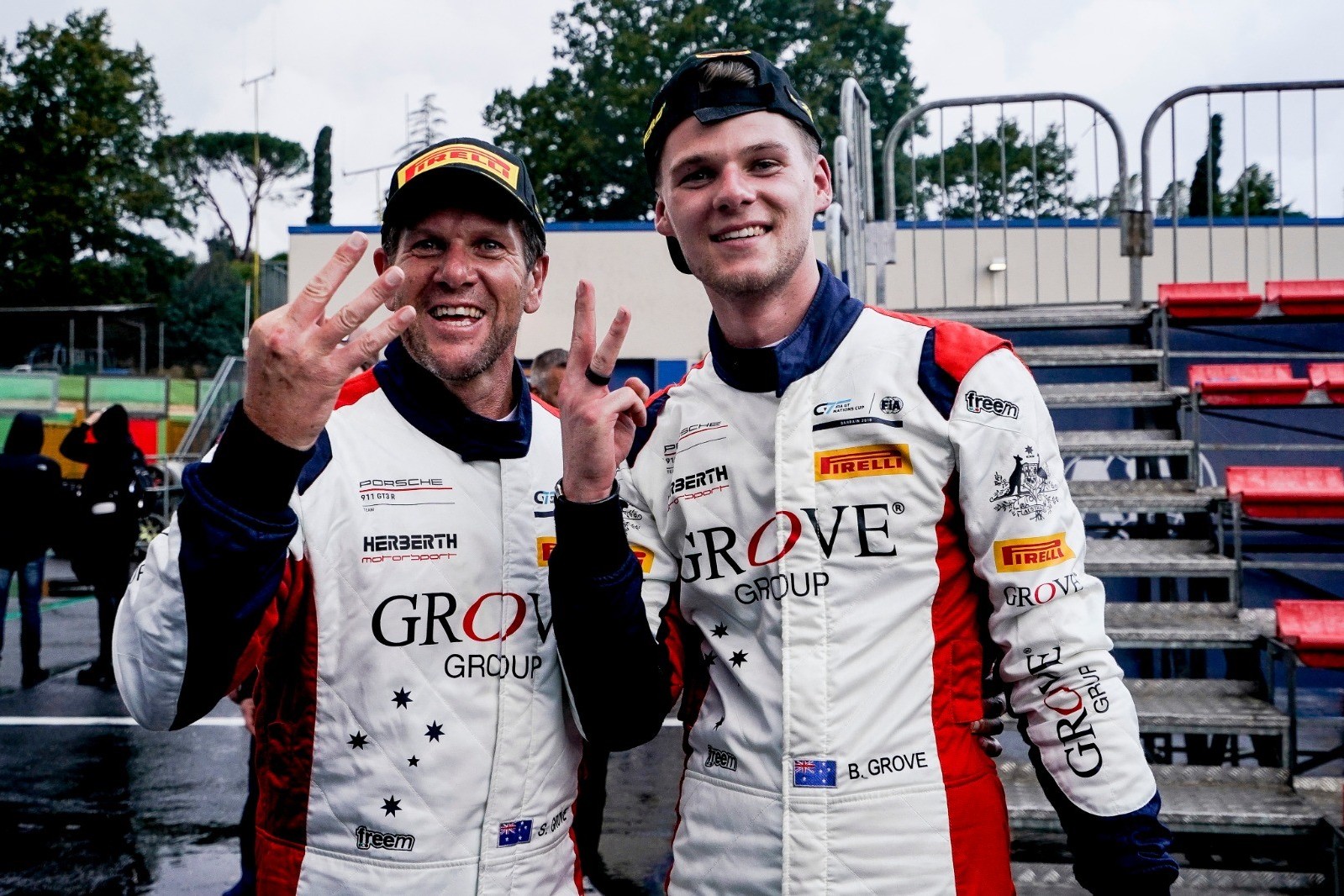 With father and son both embedded in the business and motorsport, the time was right to make the leap to Supercars with the Kellys, which welcomes former Bathurst 1000 winner David Reynolds.

The Reynolds news came after confirmation of the Grove buy-in, which Kelly Grove Racing team principal and co-owner Todd Kelly believes has the potential to deliver the team's best season yet.

For Grove, 2021 will be about patience, and applying lessons from his business into his Supercars foray.

"The expectation this year is to build the team," he said.

"We've got a new driver, we've got some new engineers, there's new half-ownership. For us now, it's about growing the business and getting the team to believe that we can win.

"We've made a fair investment into motorsport over the journey, but it's branding which is really important for our business. 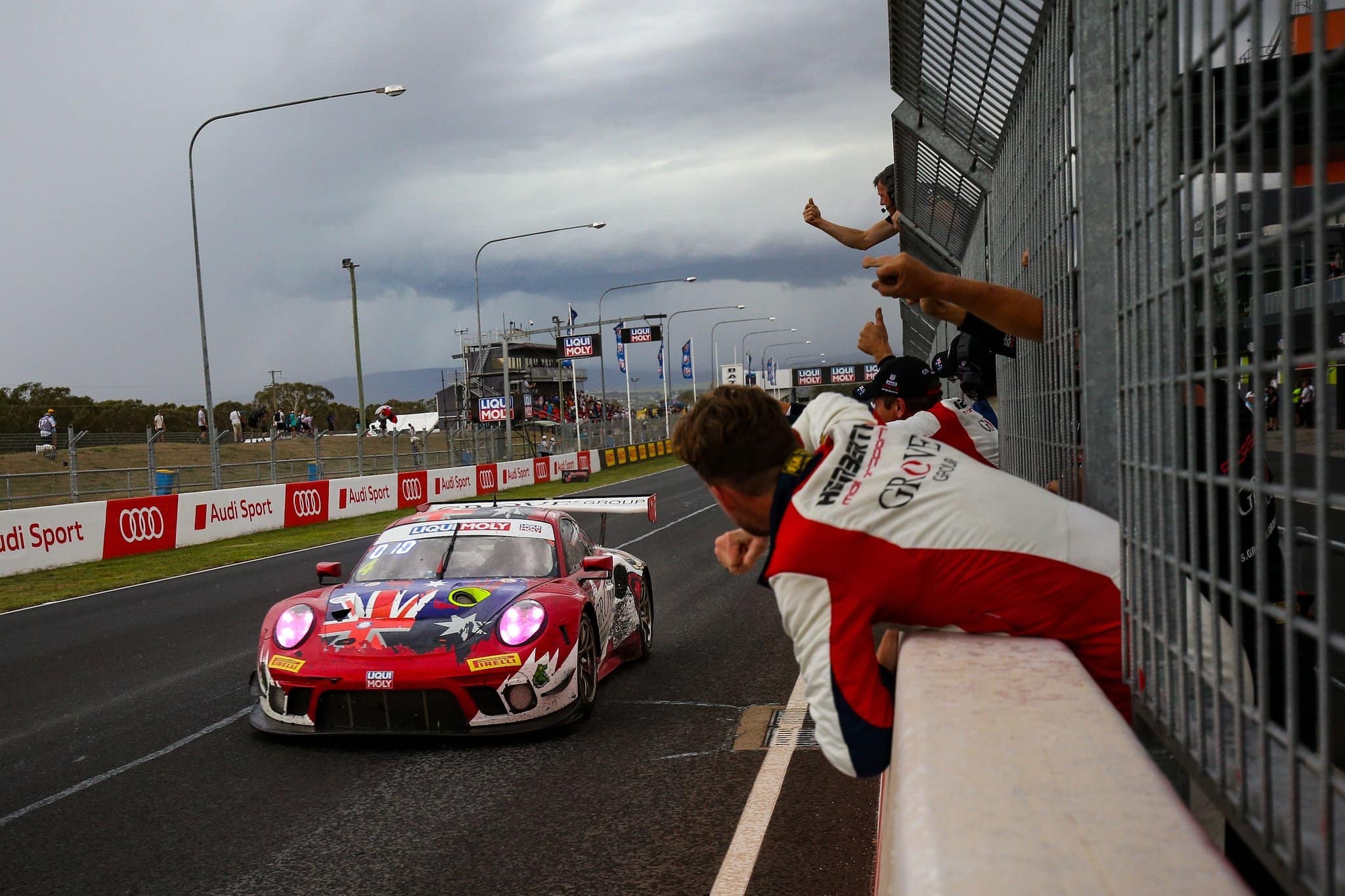 "In motorsport, you need to be innovative in the way you do things. But it's also about the ability to make decisions in a really short amount of time.

"We try and take that out of motorsport and introduce it into our business. The cleanliness, the professionalism, the marketing.

"These are things we take out of motorsport and teach people in our organisation. There's a real synergy between both."

While co-owner and team principal Todd Kelly will continue to lead on the technical side, Brenton will offer his own perspective via his Super2 experience, allowing Stephen to focus on the commercial side of the team.

"I'll take a back seat and will spend a lot more time on the commercial side and with our sponsors, now I've been in the process of meeting all of them," Grove snr said. 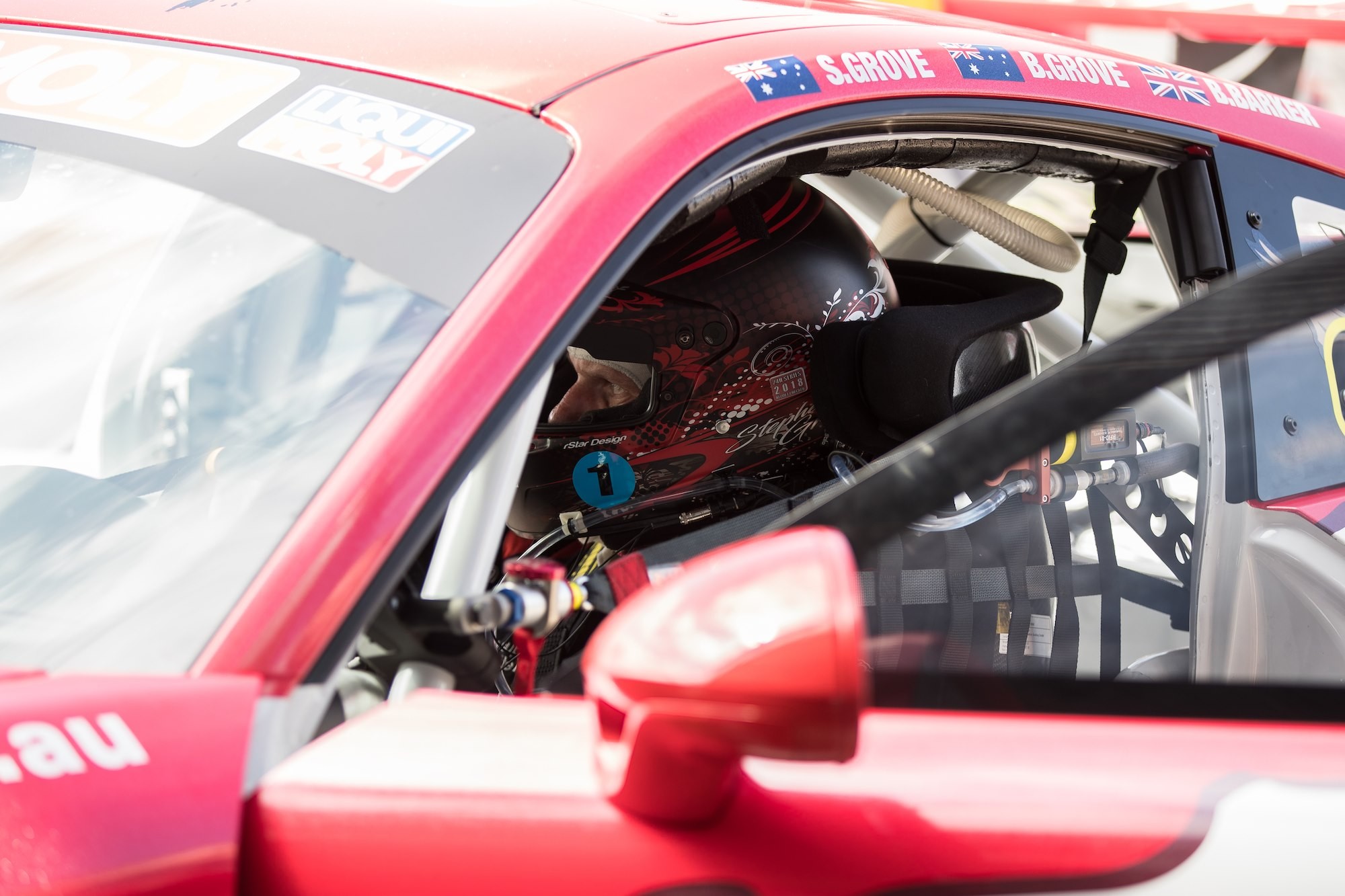 "But Brenton bring a different view, a different professionalism, he's been around some good teams in his Super2 days.

"Todd is very active in the business, and spends an enormous amount of time on the technical side, and does that very well.

"For us, we'll spend a lot more time on the commercial side.”

The Kelly organisation, and major sponsors Penrite Oil and NED Whiskey, are locally-owned and family-oriented businesses.

Armed with strong family bonds, the Groves head into 2021 buoyed by the similarities with their new partners. 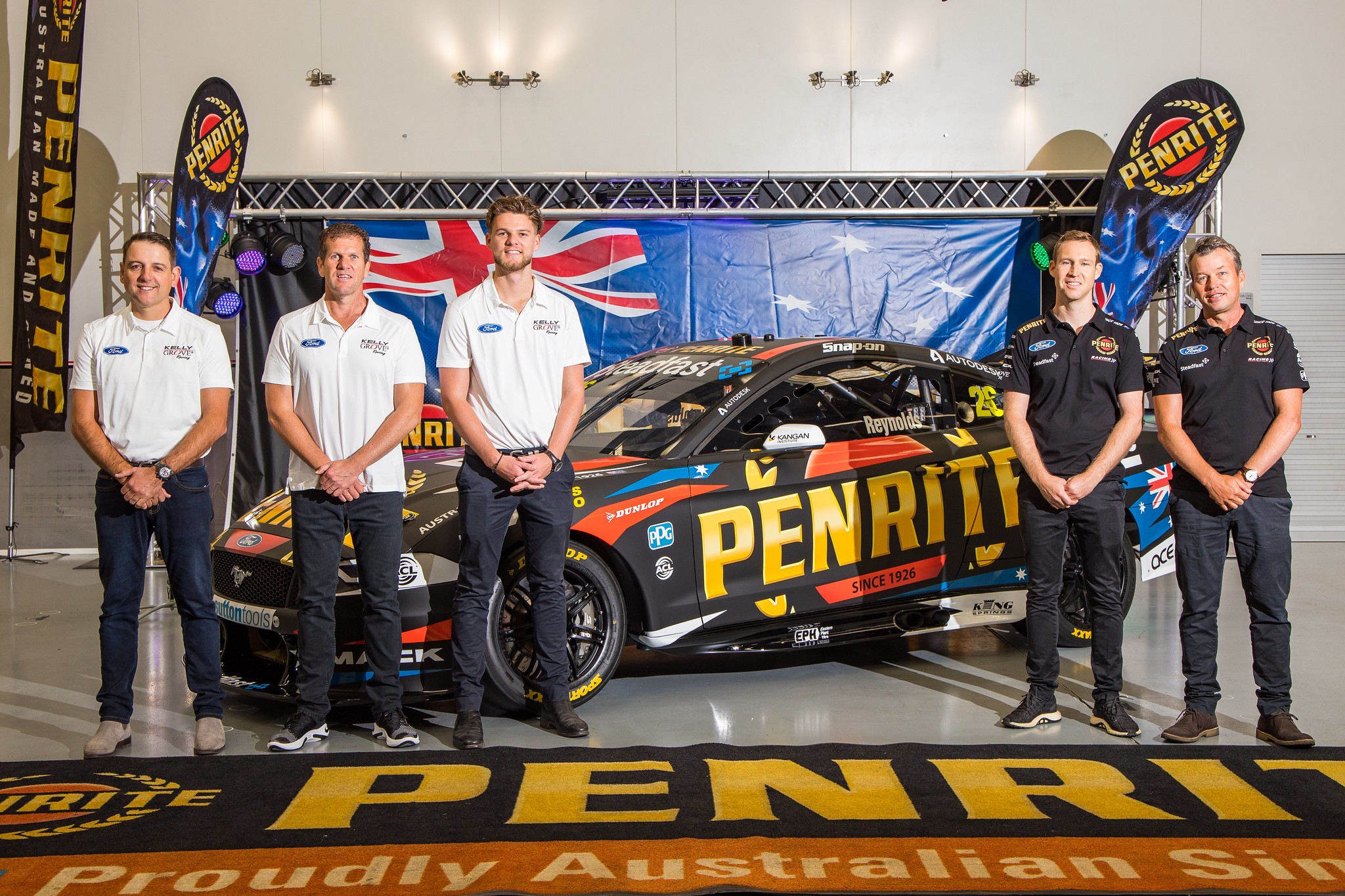 "I really respect what Todd and Rick have done, coming down from Mildura and building the team that they have, with the infrastructure they have is exceptional," he said.

"When you look at our two naming rights sponsors and the ownership, it has that same theme. Family-oriented, Australian companies.

"We want to help take the team to the next level."