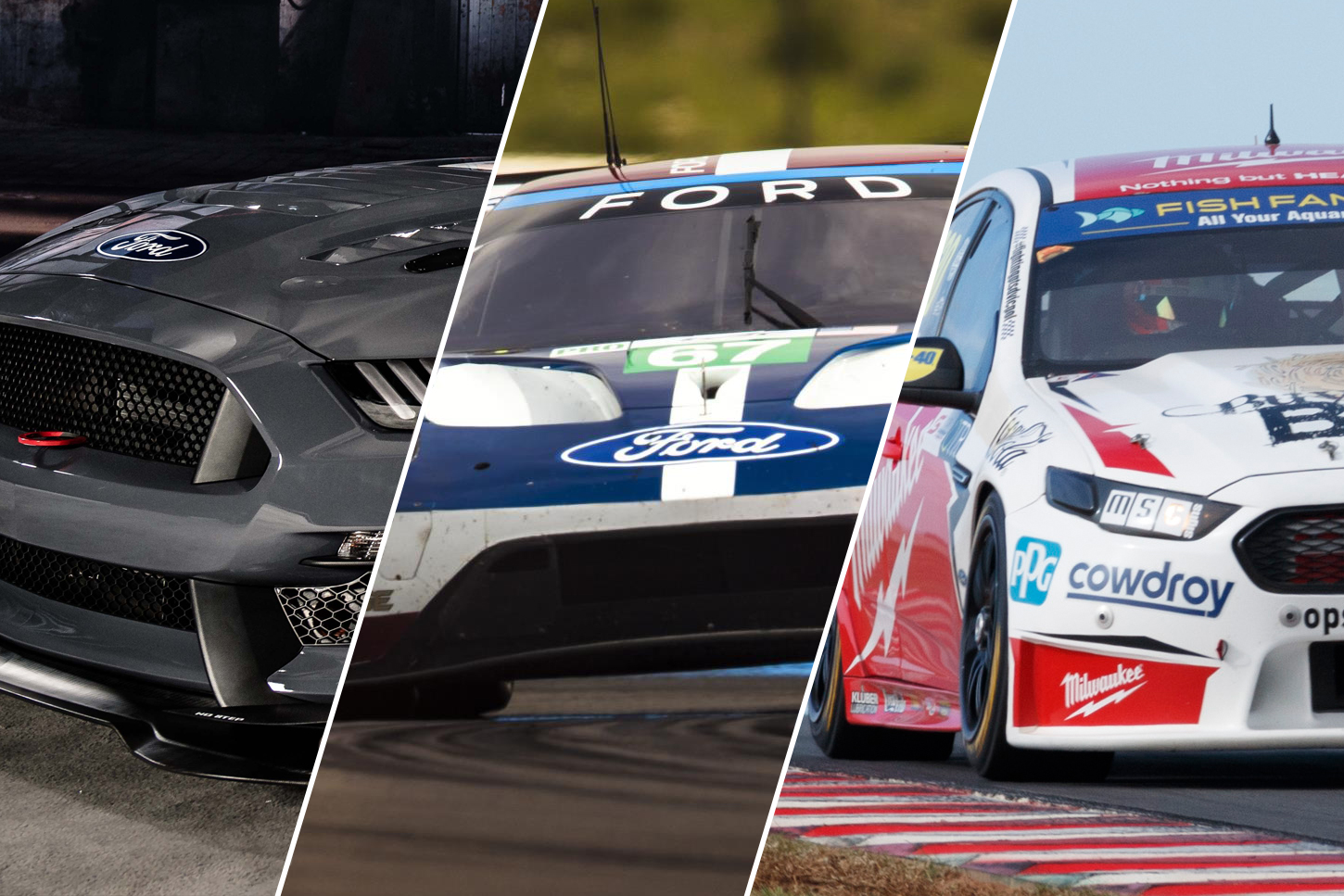 The Ford Falcon Supercar’s farewell at Bathurst will include a head-to-head battle with the company’s Mustang GT4 and GTE Le Mans car.

Ford Performance has orchestrated a speed comparison between the three racecars as part of this weekend’s Falcon celebrations, ahead of the arrival of the Supercars Mustang next year.

The Blue Oval had already announced the plan to have its Le Mans class-winning GTE car tackle the Mountain, driven by US-based Australian Ryan Briscoe.

He will share the track with Alex Davison in a 23Red Racing Falcon Supercar and Tony D’Alberto in a freshly imported Mustang GT4.

Track sessions are scheduled for the cars across Thursday, Friday and Saturday, culminating in a speed comparison.

“We’re proud to bring Ford Performance to Supercars and proud of our heritage in the sport,” said Ford Australia and New Zealand President and CEO, Kay Hart.

“The teams that design, build, work on and race Ford products are some of our greatest assets when it comes to developing new technologies that ultimately improve the performance of our road-going vehicles.” 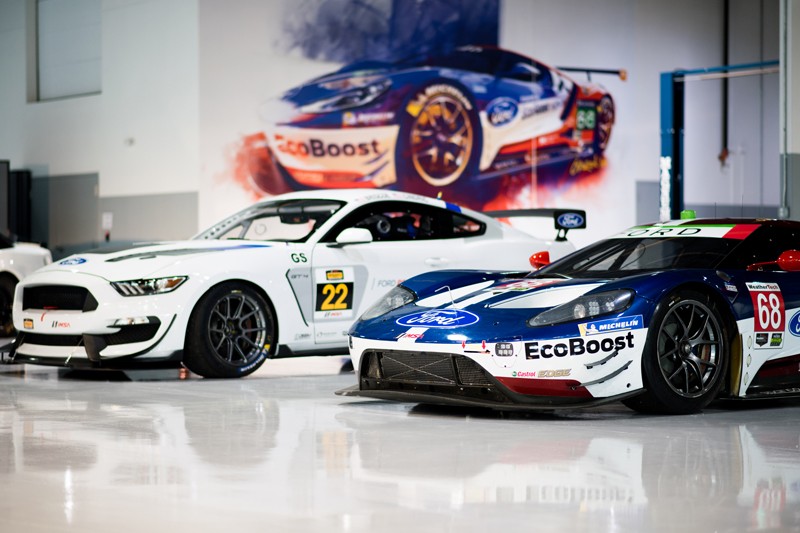 The GT4 and GTE will face-off against the Falcon

Davison, who raced against the Ford GT at this year’s 24 Hours of Le Mans, is preparing to drive alongside brother Will for 23Red in Sunday’s race.

The 23Red entry is one of seven Falcons in the race, alongside the two from DJR Team Penske and four from Tickford Racing.

“It’s a great opportunity for our last Bathurst with the FG X Falcon to put it up against some of the fastest Fords in the world,” said Davison.

“I feel really lucky – it’s an absolute privilege to be part of.”

Co-driving with Fabian Coulthard at DJRTP in the PIRTEK Enduro Cup, D’Alberto is looking forward to sampling the Mustang.

“Getting an opportunity to pilot this car around Mount Panorama is massively exciting,” said D’Alberto.

“We’re making the change to Mustang in Supercars for 2019, so to be getting a run in that iconic shape around Bathurst a year early is a privilege.

“Allan Moffat’s Trans-Am Mustang was a monster, and the GT4 is the modern version of that, so I can’t wait to feel and hear its thumping V8 bellowing up and down the Mountain.”

Ford GT driver @Ryan_Briscoe testing #Bathhurst race course via Ford Tech Center simulator this morning as he prepares to do GT exhibition run for @FordAustralia on the famous course the weekend of Oct. 4-7. @Bathurst12hour pic.twitter.com/8K5scAvP7B

Briscoe has undertaken Bathurst simulations in the Ford Performance Technical Centre in Concord, North Carolina ahead of the trip to Australia.

The 3.5 litre V6 turbo-powered GT is set to be the fastest Ford every to face Bathurst, expected to well and truly shade the 5.2 litre V8 Mustang and 5.0 litre V8 Falcon Supercar.

This weekend’s Falcon tributes include a 10-car Falcon display in the Bathurst paddock, featuring a range of historically significant vehicles.

They will include a road-going 1967 XR GT and a '68 XT GT that competing in the London to Sydney Marathon, both coming from Ford Australia’s Heritage Collection.