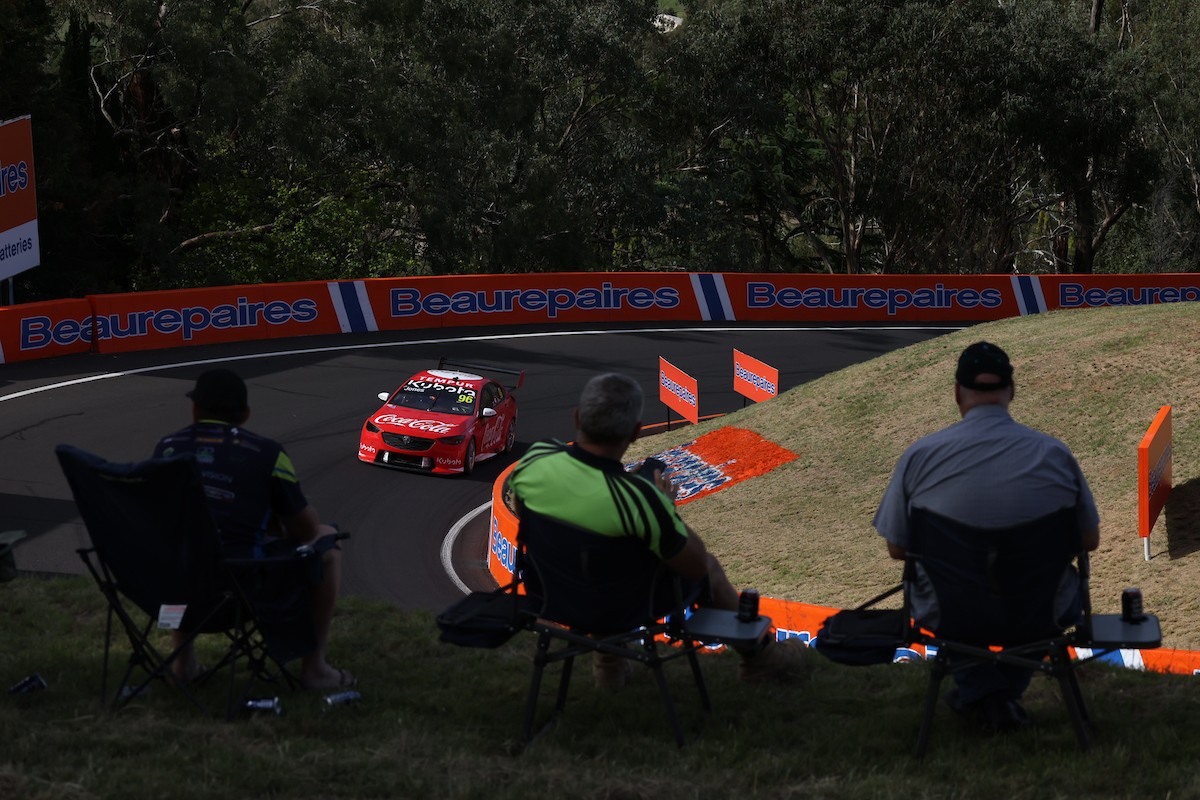 One of the key elements of the season-opening Repco Mt Panorama 500 has been the return to fans to the mountain.

The 2020 season was curtailed by the effects of the COVID-19 pandemic, with the return to racing in Sydney conducted without fans.

Spectators gradually returned, with fans returning to Bathurst, albeit at the bottom of the mountain.

"It's pretty cool to see your fans here, wearing your shirt," said Mostert, who topped both sessions on Friday.

"It gives you that little bit more motivation to have a real dip out there."

Tickford Racing's Cameron Waters added: "It was good to sign a few autographs and see a few faces around.

"It’s definitely better with a few of our fans back here."

Victorian teams were kept on the road for much of the 2020 season amid the lockdown in the state.

Scott Pye, who was third in Practice 2, explained what it meant to see people outside his team bubble.

"It was cool, we did our first appearance this morning at the Paddock Club, and it was nice to see some other humans at the track than the guys we’re housing with," the Team 18 driver explained.

"I love my guys, but it’s nice to see some people in the paddock, and to have a few around is great.

"For us, this is the pinnacle of motorsport in Australia, and when you don't have the fans and atmosphere here… the pressure increases when the fans are here.

"That’s what we live for. That atmosphere when you turn up, especially at Bathurst, it’s such a good feeling.

"Hopefully we can put on a good show."