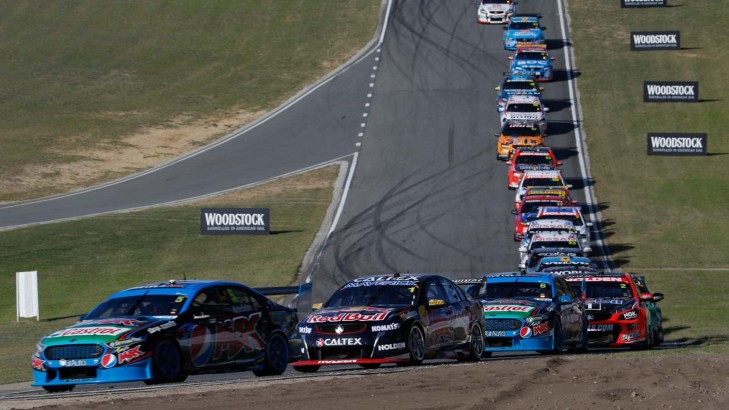 UBET Perth SuperSprint winner Will Davison will join the Inside Supercars panel tonight, as he celebrates his surprise Sunday race win.

Davison earned his first win since 2012 and moving from powerhouse team Ford Performance Racing to the developing Erebus squad. On Sunday, he took the team into the winner's circle for the second time in its history, showing recent engine and chassis upgrades to the Mercedes E63 AMGs have paid off.

"This is a big deal for us, I won't lie," Davison said after the win on Sunday.

"This is very, very special. It's been a big move to come to Erebus so this is damned special.

"It's very sweet because we are working really hard trying to get this package up to speed."

News Limited journalist James Phelps will feature on the panel for the first time, sharing an exclusive manufacturer announcement and dissecting all the happenings from the Perth event.

Davison and Phelps will be joined on the show by Rick Kelly - the Championship's highest placed Nissan driver - and Nick Percat, who also earned a positive top 10 result in Perth.

Percat - who's LDM team played a similar strategy game to TEKNO, saving three near new tyres for Sunday's race - was pleased with his result from the weekend, landing eighth in the 200km run and earning his first top 10 with the team.

And Greg Murphy gets behind the wheel of another V8 Supercar, this time steering Scott McLaughlin's Volvo S60, as per popular request.

Stay tuned to FOX SPORTS 506 at 7.30pm tonight for all the usual news with Greg Rust and Mark Skaife, and join the conversation with #V8SC and #InsideSupercars.