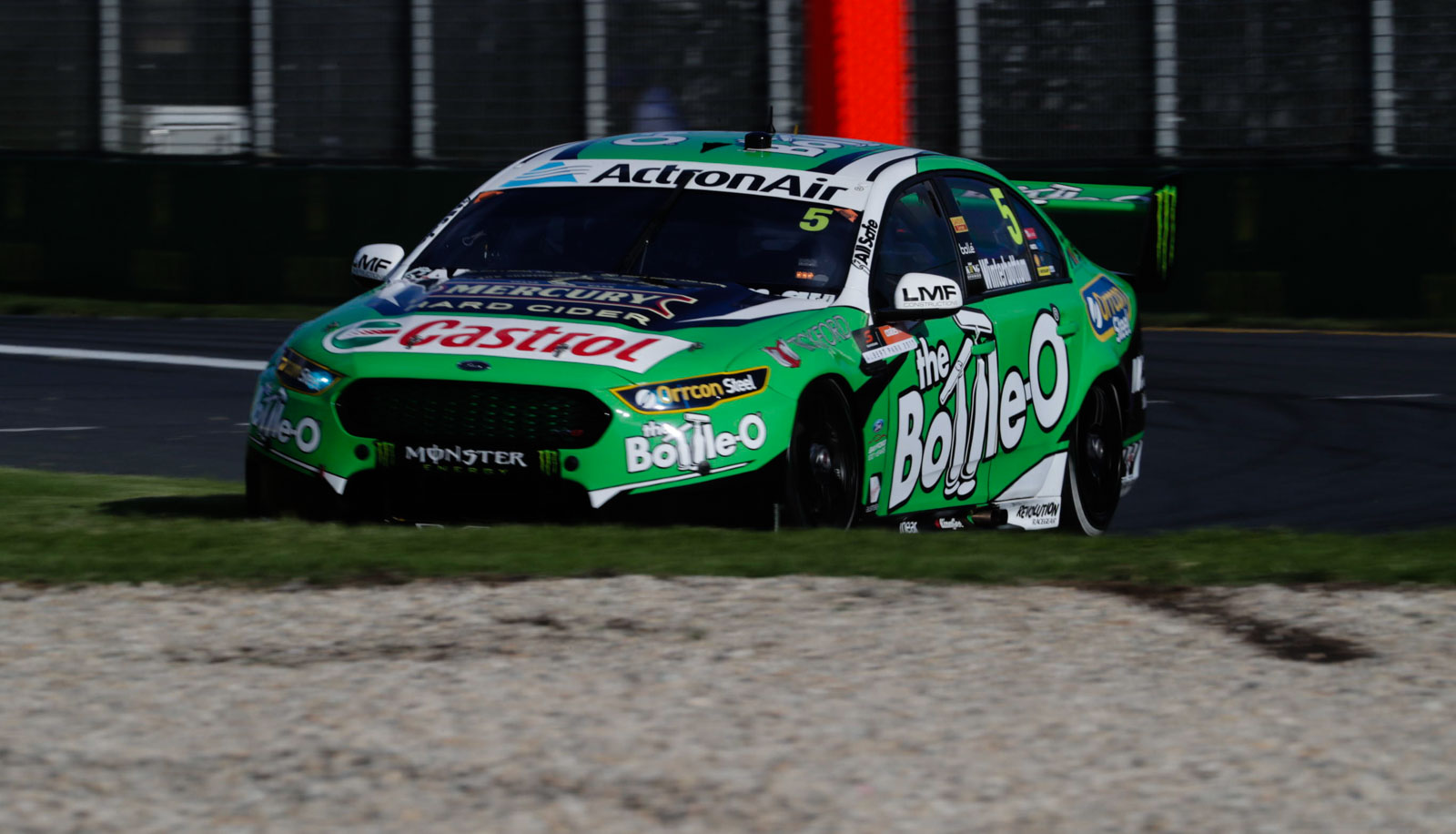 Mark Winterbottom hopes solving braking issues with his new Prodrive Ford will return him to the front of the field at Symmons Plains this weekend.

Winterbottom has endured a low-key start to 2017 after an engine problem kept him mired in the mid-pack at the season-opening Clipsal 500.

The 2015 series champion was also uncharacteristically positioned in the lower half of the field at Albert Park as he struggled with braking issues.

The Ford driver received a fresh chassis at the start of the year and reported a new component in the car was causing headaches under braking.

Returning to the Tyrepower Tasmania SuperSprint after back-to-back Armor All Pole Awards in 2016, Winterbottom says the weekend is a chance to reset his campaign.

“It was a bit that got put in the car. It was brand new, but for whatever reason it’s been sending errors,” he told Supercars.com.

“The Grand Prix exposed it (more so than Adelaide). I’m lucky the engineers and my mechanics put the effort in to search for it.

“It’s not a like you get a computer report like a road car that says a sensor has failed.

“It’s shifting the brake bias in the stops. Its stopping you from braking where you want to brake.

“With the new tyre, all your time is made up under brakes. My biggest time loss was under brakes, so it’s been frustrating.

“I’ve had braking issues for the last couple of rounds and engines at Adelaide, which was the double-whammy.

“They found it (the brake issue) about 9 o’clock on Tuesday night (after Albert Park) which was good.

“Most of the team is on your side and working their backside off to find it. You don’t just go from running up the front to the back. It doesn’t work like that.”

While Winterbottom is confident the issue has been cured, he feels he lost a valuable opportunity to learn more about Dunlop’s new for 2017 tyres.

However, with three other cars in the Prodrive stable, the 35-year-old says he will work alongside his team-mates to help understand the rubber.

“On the other cars we did (learn), but on mine, when you can’t stop the car, you can’t set up the car effectively,” he added.

“It’s been the hardest part because you’ve been trying to tune a part of the car that is mechanically doing something… so we’ve been chasing a certain setup that would kill the strength of the car.

“But Chaz (Mostert) had a good weekend and found some good gains there. There were also tyre delamination’s which is still an issue for the sport.

“It’s things you learn from, not so much from your car, but from everyone’s weekend.

“Going into Tassie it’s good to have the round the under our belt to get the tyre data.”

Despite the hiccup to the start of the season, Winterbottom says his confidence has been restored heading into the high-speed Tasmanian track.

“I wasn’t confident after the first two rounds with the way the car was going, but when you find something it always gives you confidence,” he said.

“I wasn’t looking forward to it (Symmons Plains) until they found something. The way it was, it was near impossible to drive.”