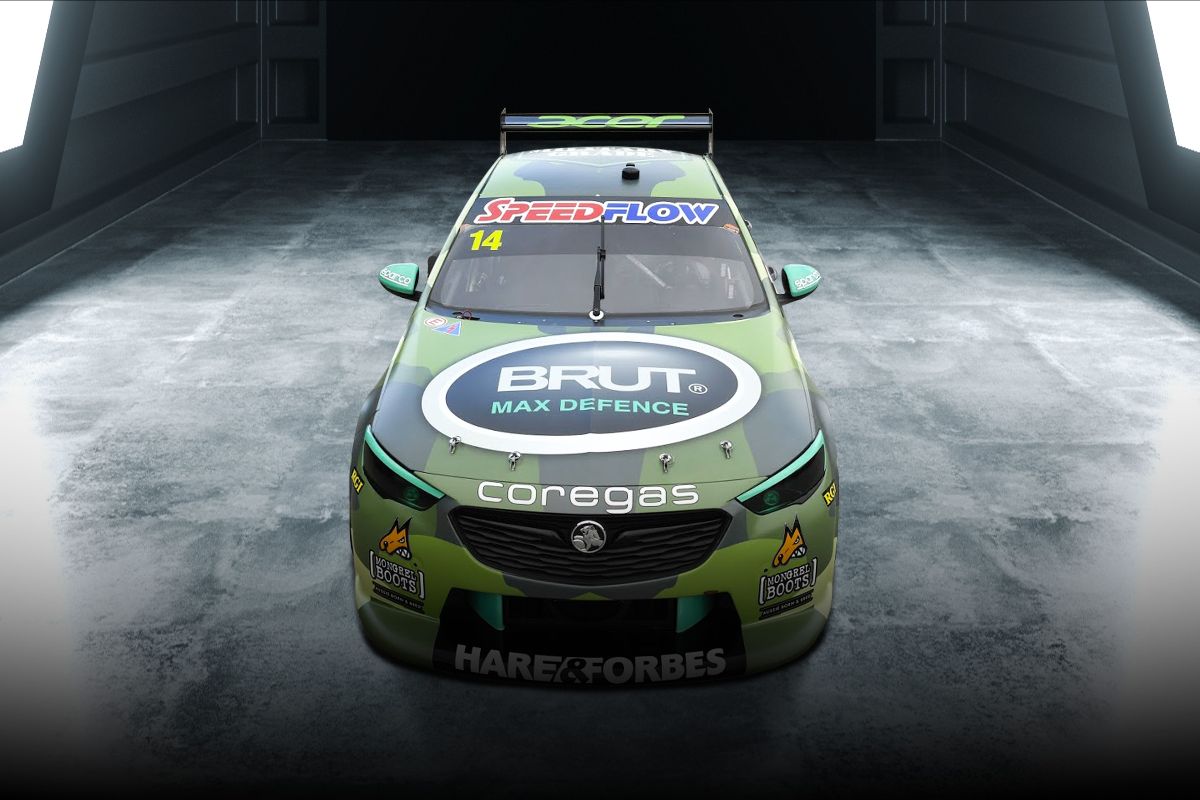 Todd Hazelwood will carry the Brut colours he donned for part of the BP Supercars All Stars Eseries into the return of real racing at Sydney Motorsport Park this weekend.

In a success story to come from the virtual series, Brut Military Grade have agreed to take naming rights on the #14 Brad Jones Racing Commodore at Sydney.

Hazelwood had put Brut in the spotlight during their five-round Eseries deal by scoring a podium finish at Circuit of the Americas.

The 24-year-old is excited to now press on in the bold camouflage design for what will be his second full race meeting driving for BJR.

“I’m pumped to be getting behind the wheel of this camo designed livery, it looked sick in virtual form for the five rounds of the Eseries and it’s going to look unreal in the flesh,” said Hazelwood.

“I hope I can restart the year on a positive note and get some good results.

“I’m so excited to become a Brut ambassador for 2020 and have the backing of Brut Military Grade on the #14.

“I can lose a few kilos in a Supercar when racing as it’s hard work physically and that comes out in sweat. Brut Military Grade will be keeping me feeling fresh at SMSP.” 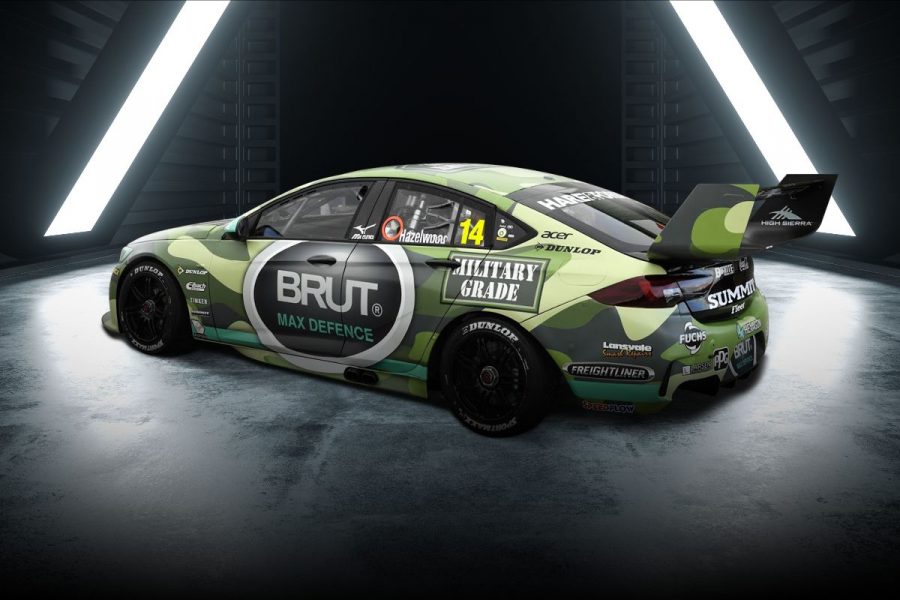 “The Eseries was a great success for Supercars and BJR. The Brut Military Grade car looked amazing and I can’t wait to see the car in real life in Sydney,” he said.

“We are so excited to have Todd as a Brut ambassador and be partnered with BJR.

“Brut is all about having the confidence to back yourself and we can’t wait to see Todd in action.

“BJR and Brut are both family-owned Australian businesses and share similar values of Aussie mateship, hard work and having a laugh, which is why we are proud to continue our support with Todd and BJR for the Supercars’ first round back at Sydney Motorsport Park.”