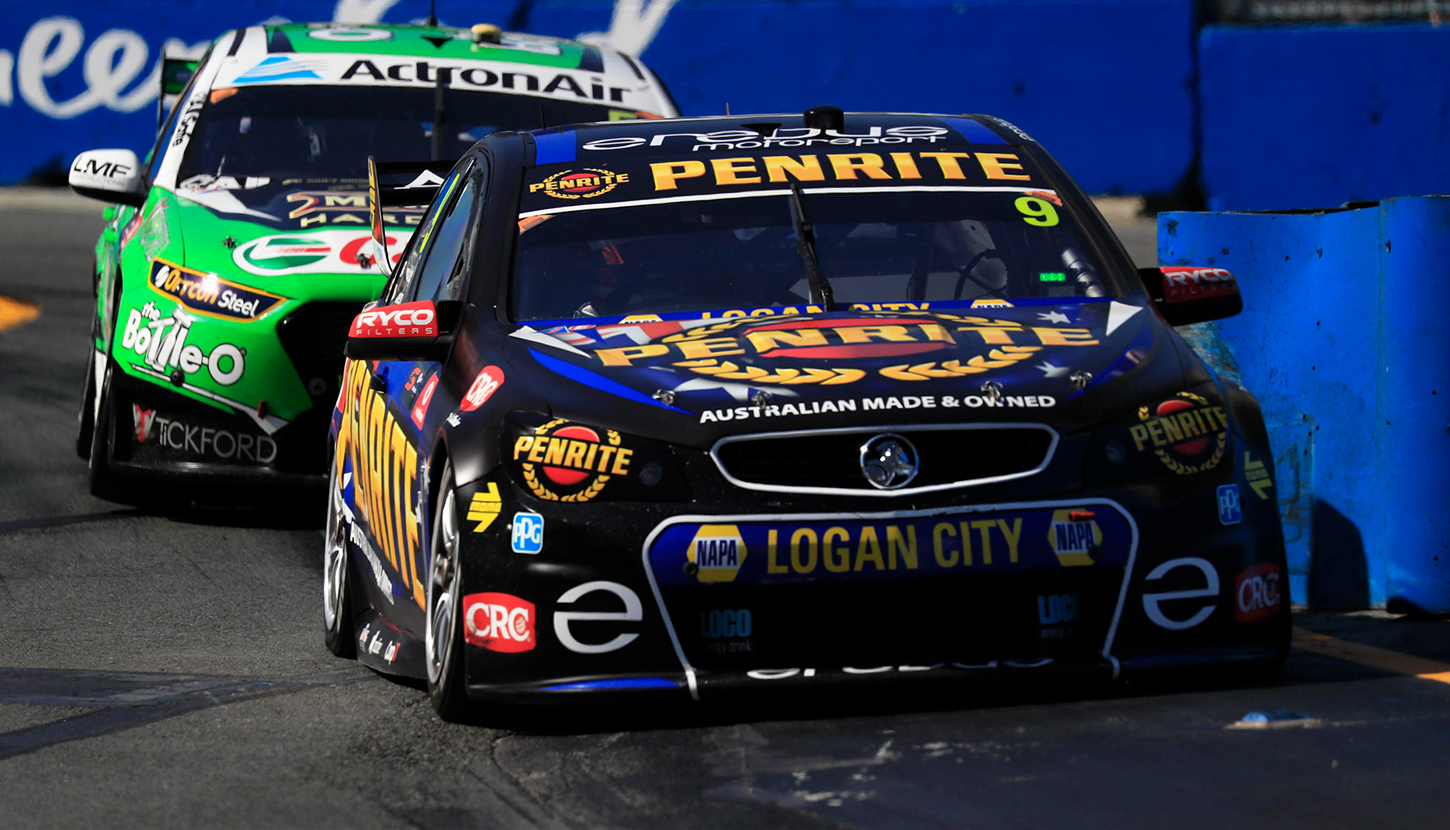 Bathurst winner Erebus Motorsport has reason to remain confident about its form despite a shocking run at the Vodafone Gold Coast 600, says manager Barry Ryan.

Just two weeks after scoring the win at Mount Panorama, the two races on the Surfers streets yielded a 17th and a failure to finish for David Reynolds and Luke Youlden.

The Penrite Holden struck trouble in the first stint on both occasions, with Youlden clipping a spun Alex Premat on Saturday, causing door damage that severely delayed the pair’s driver change.

Youlden then crashed at the exit of the beach chicane on Sunday, causing front and rear suspension damage that took too long to repair for the car to still be classified a finisher.

Although it appeared to be a sobering return to earth for the squad after its Bathurst heroics, Ryan pointed to the car’s dry-weather speed as a reason to remain confident.

Reynolds was third fastest in practice on Friday and, after qualifying just 23rd in Saturday’s wet session, bounced back to be second in regular qualifying when the dry conditions returned on Sunday.

“The biggest thing is we weren’t slow, we were fast whenever it was dry,” Ryan told Supercars.com.

“We’ve certainly learnt that what we’ve developed isn’t that flash in the wet, and we saw a little bit of that at Bathurst. But we learnt a lot from that.

“On Sunday we were really strong and Luke just made a slight error. For a guy that didn’t race until Sandown, he didn’t put a foot wrong the whole time until then.

“He was pretty hard on himself but everyone makes mistakes. We’re still on a high after Bathurst and a weekend like this isn’t going to stop us.

“If we were coming out of here having been slow and crashed it’d be different, but we qualified second and ran sixth in the Shootout. A lot of people would kill to do that.”

Youlden had been harassing eventual PIRTEK Enduro Cup winner Steve Owen for sixth place on Sunday when he clouted the concrete.

“I had more pace than Steve and tried a couple passing manoeuvres but couldn’t quite get there,” Youlden explained.

“I felt like if we got past Steve we could have moved forward a fair bit. Myself, Steve and Dean Canto went too deep into the chicane, I committed and unfortunately it was the wrong move.

“[I used] too much kerb and it fired me across into the wall and it was too much damage to get the car back out there in time.”

Erebus’ second entry of Dale Wood/Chris Pither, which had recorded a fine fourth at Bathurst, managed just 22nd and 18th in the Gold Coast races.

Wood was the only primary driver to start on Sunday, with the team changing up its strategy in an attempt to move up from a 20th grid slot.

“We thought we’d try something different and start the main driver and in the end they swapped roles,” explained Ryan.

“Dale’s cool suit failed, at soon as he got in the it leaked, so he was pretty knackered when he finished his first stint.

“We could have put him back in for the end but Chris was doing a good job and we thought we’d let him bring it home.”