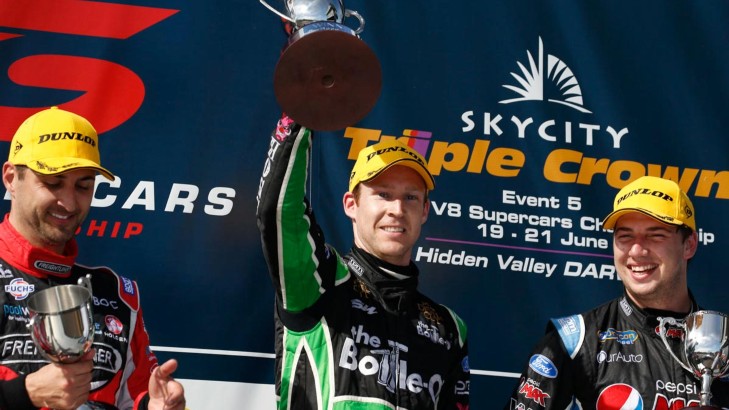 In the wake of Prodrive's dismissal of Reynolds, Betty Klimenko's team announced it would run him next year to fill the gap opened by departing Will Davison.

Reynolds says he is looking forward to the change and team boss Klimenko was pleased to sign a driver of his caliber.

The 30-year old won in a V8 Supercar in Darwin this year and has Formula Ford and Carrera Cup Championships to his name. He has finished inside the top 10 of the V8 Supercars Championship twice in the past three seasons and currently sits third, 318 points from leader Mark Winterbottom.

"Although I have had a terrific four years at PRA, I am looking forward to a positive change as the lead driver with Erebus," Reynolds said.

"I am really looking forward to working with the Erebus team. Together we have some amazing strengths that we need to harness, I know we can win together."

Erebus Motorsport owner Klimenko is thrilled with the signing.

"David is an exciting driver that has proven himself to be a title threat this year," Klimenko explains.

"As we embark on our fourth season we needed to sign a driver that's capable of positioning our cars up the front and David has proven he is capable of doing that.

"I have known David for almost 10 years and knew one day I would have him drive for me."

While Davison is departing to TEKNO Autosports, he did earn a race win with Erebus earlier this season in Perth, taking the team's tally to two V8 Supercars wins since joining the category in 2013.