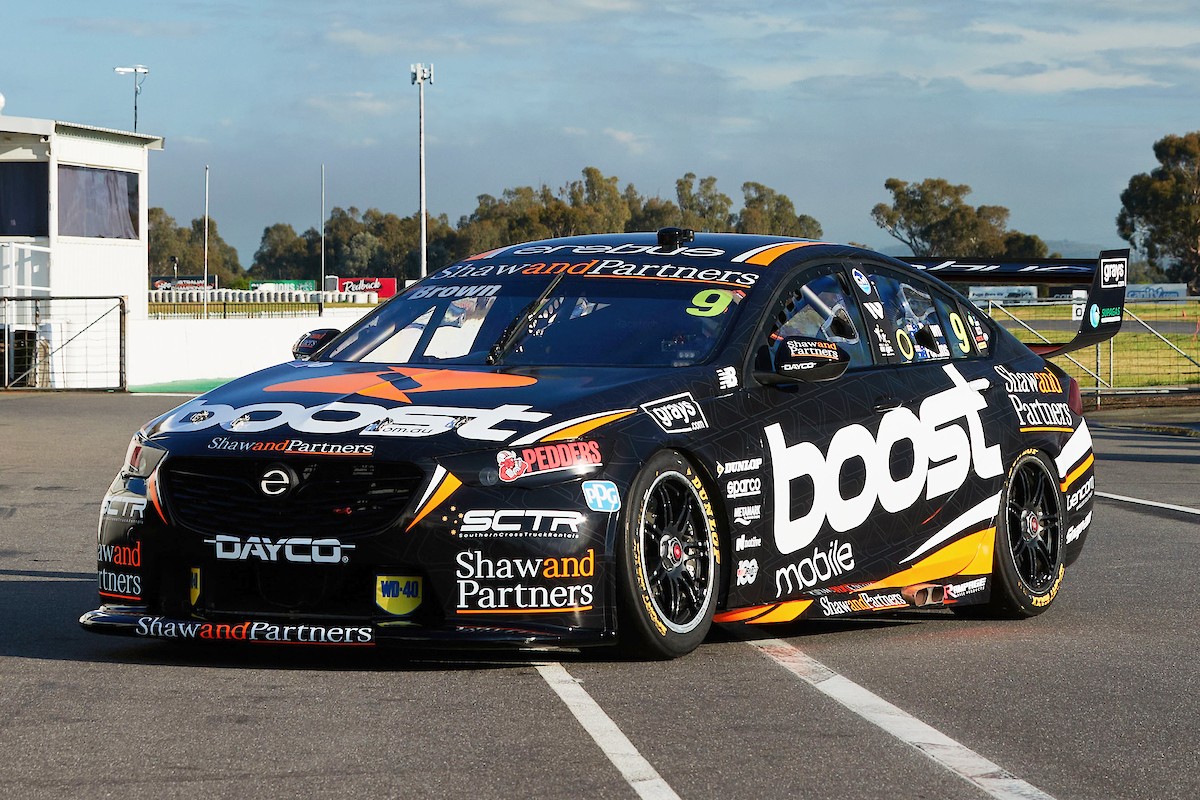 Erebus Motorsport has shown off its new Boost Mobile liveries for the forthcoming Repco Bathurst 1000.

The team’s two entries will race with identical black liveries next weekend.

The new scheme was unveiled at Winton on Wednesday morning ahead of the team’s pre-Bathurst test.

It was displayed on Will Brown’s car, which has been repaired following his New Zealand crash.

Brown suffered a 56g accident on September 11, with the team rescuing the damaged chassis.

The chassis was sent to Mount Gambier and put on the jig prior to its completion this weekend.

The new black livery sees Erebus revert to its traditional black PPG base.

Boost detailing has been brought to life in the Metamark wrap and fluoro orange decals. 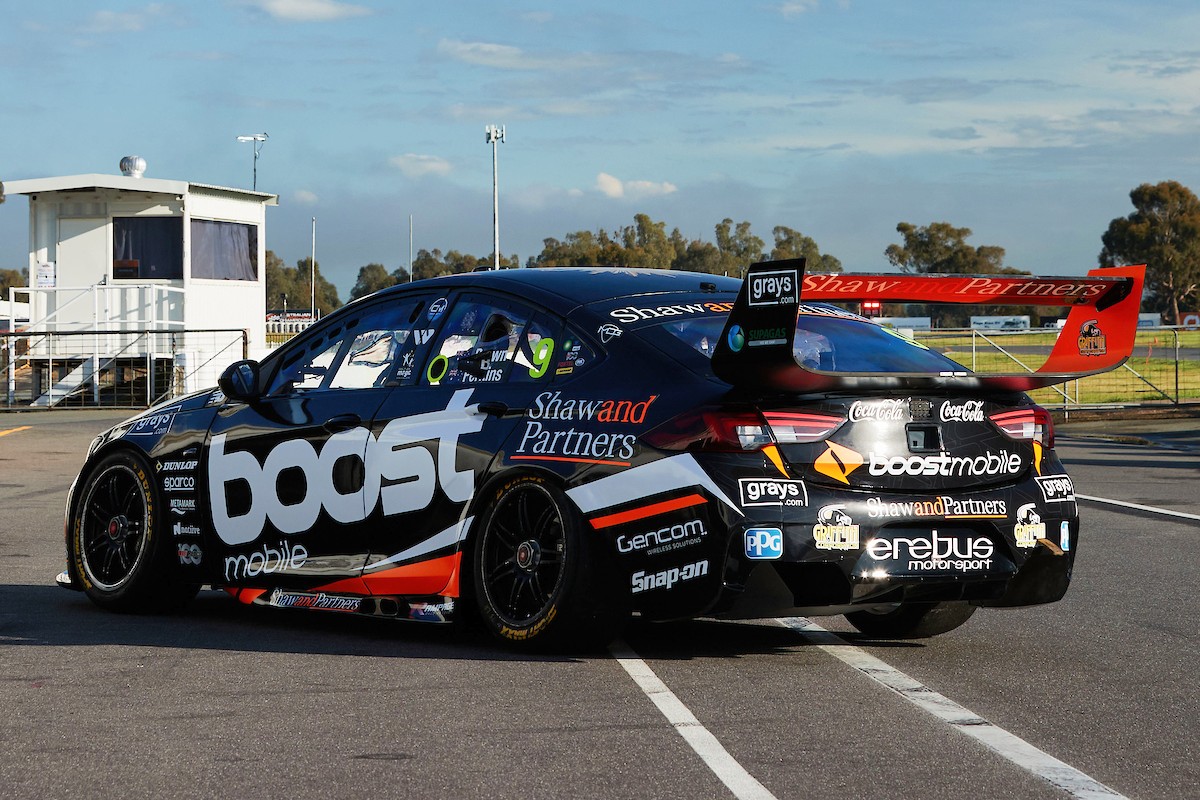 Brown, who scored provisional Bathurst pole last year, paid tribute to his team for the repair.

The Queenslander will again be joined in Bathurst by 2019 podium-finisher Jack Perkins.

Brodie Kostecki will be joined by David Russell, the pair having finished third together last year.

“It’s exciting to roll out a new livery for Bathurst, particularly after what’s been a massive team effort to get the car back together,” Brown said.

“They boys have worked so hard to get the chassis repaired and they’ve done an awesome job to get the car ready to test pre-Bathurst.

“I’m really impressed by what they have been able to achieve in such a short time, this team is incredible, and I can’t wait to get to Bathurst.

“Today is our regular pre-Bathurst test but it is also a shakedown of what is pretty much a new car.

“Today’s focus is about getting Jack laps, doing pit stop practices and driver changes, but also making sure we are happy with the new build and the car is ready to head to the Mountain. 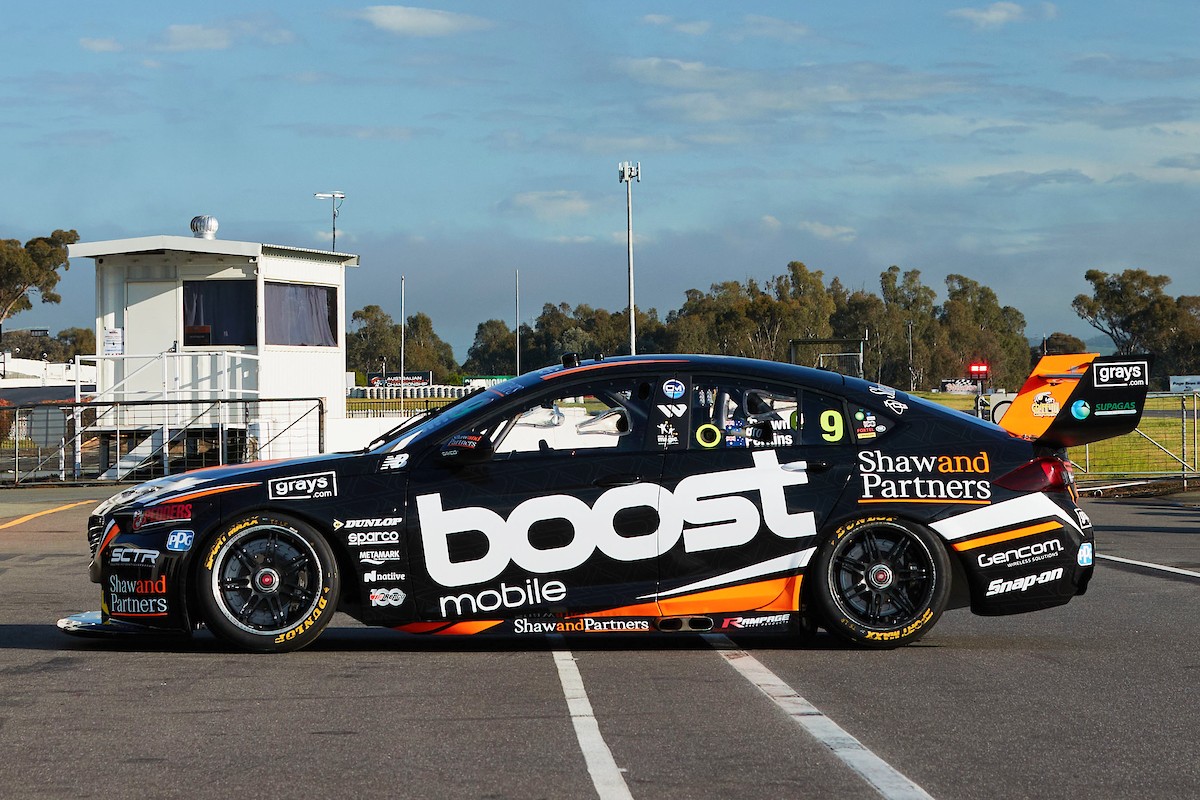 “I feel good heading into Bathurst, we were fast last year and have been competitive every year we’ve rolled up so there’s no reason why we’re not in with a chance for a top spot come Sunday afternoon.”

Kostecki has scored two podiums and a pole in 2022, and leads Brown in the standings.

“The car looks fantastic and I can’t wait to see it take on the Mountain,” Kostecki said.

“Dave and I are both really pumped going into Bathurst this year.

“We had a really good test day at The Bend last week so all signs are looking positive and we want to go two spots better this year.”

Cars will hit the track at Mount Panorama on Thursday October 6.