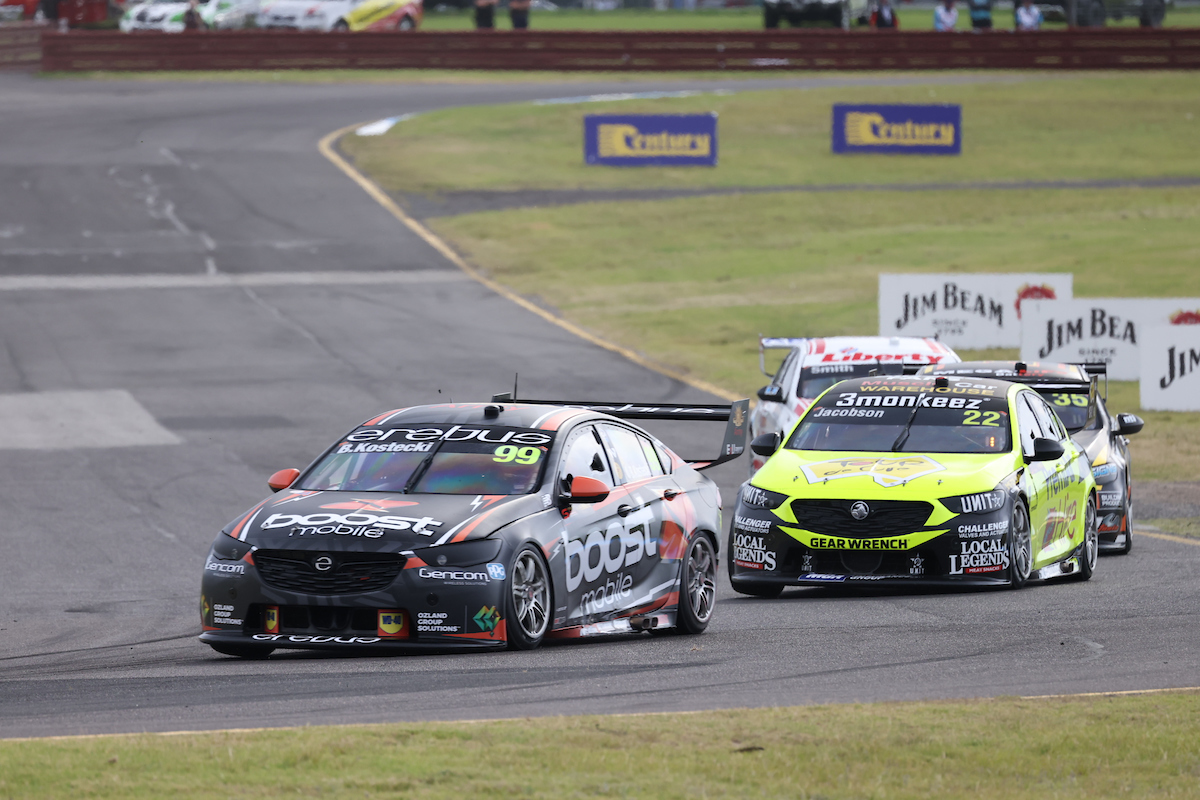 It was a topsy turvy opening day at Sandown for Erebus Motorsport rookie duo Will Brown and Brodie Kostecki.

The young guns recorded finishes of 16th and 17th respectively in the 36-lap thriller, which was won from 17th on the grid by Shane van Gisbergen.

The race results marked a disappointment for Erebus, with both drivers reaching the top 10 in knockout ARMOR All Qualifying.

Kostecki and Brown started alongside each other on the front row, and the latter soared past his teammate heading into the first corner.

Kostecki wasn’t so lucky, with the #99 Boost Mobile Commodore shuffled wide twice on the opening lap.

By the BP Ultimate Safety Car period on lap 2 for the stranded Bryce Fullwood, Kostecki had already lost 10 spots.

Kostecki pitted on lap 7, with Brown pitting on the next lap, both cars taking on right-hand side tyres.

The early gamble didn’t pay off, with the duo falling down the field.

It was a sour end to the day for Kostecki, who suffered car gremlins in the morning practice sessions.

“We jumped the row ahead of us, and I got stuck on the outside going to Turn 4, and got punted off,” Kostecki said.

“To top it off, the shift cut crapped itself, so it was a pretty hard day.”

Brown, who is campaigning the team’s spare chassis following his Bathurst accident, was pleased with his qualifying pace.

However, he admitted his squad needs to look into preserving tyre life.

“We both qualified inside the top, so that was pretty exciting for the team,” Brown said.

“I just didn’t have the car race [in the race]. I got quite a good start, and I got up to ninth.

“We pitted early and burnt the tyres off really badly towards the end.

“I was a sitting duck, we were just getting hunted out there.

“It was a disappointing day for both of us, but we’ll regroup, debrief now.

“I think we’ve got a fast qualifying car underneath us, so we’ve just go to tune it up for the race.”