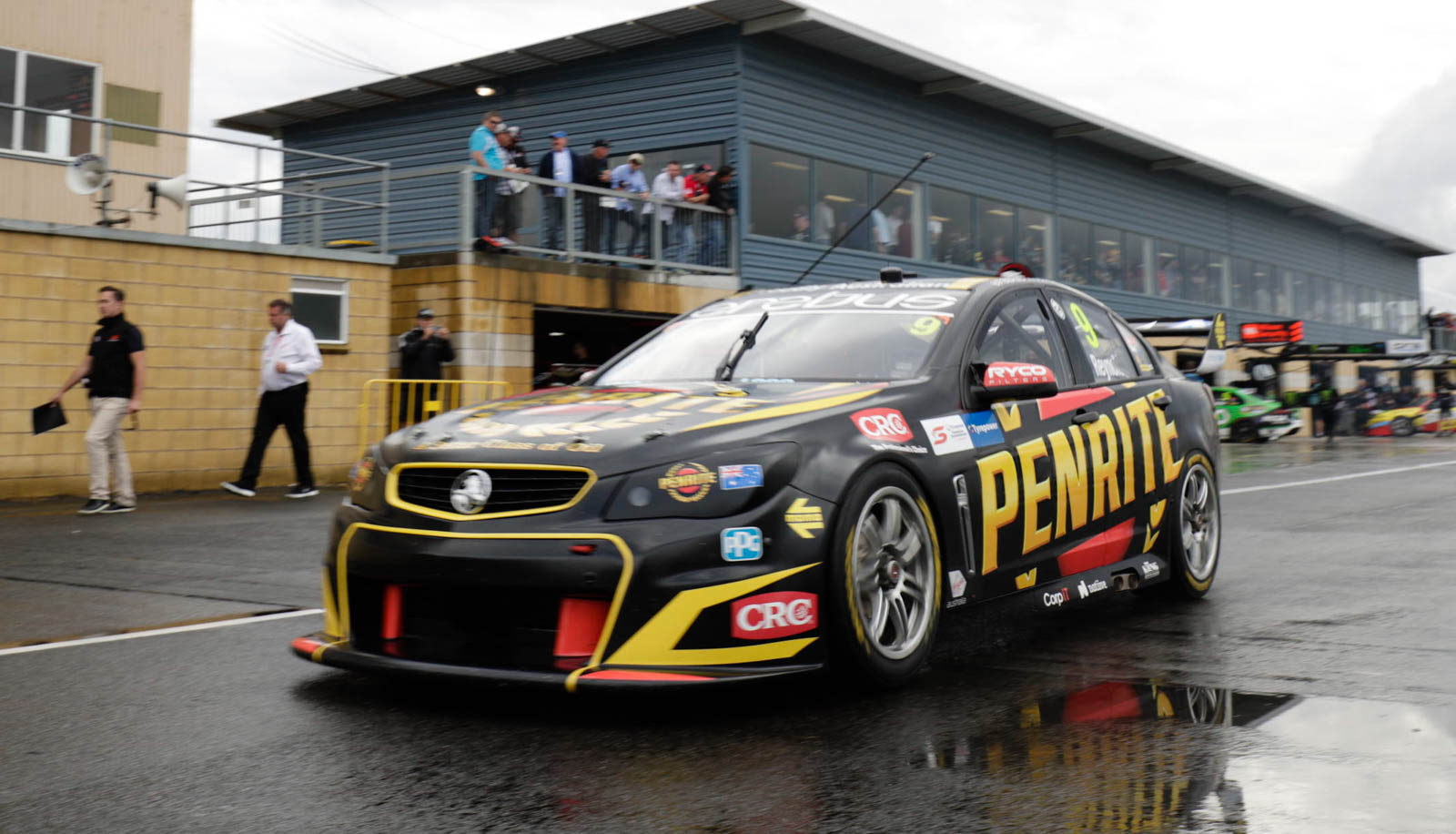 Erebus Motorsport has its sights set on a podium at Symmons Plains after recording a double top 10 in qualifying.

David Reynolds was fourth and Dale Wood seventh in the wet 15 minute session, with the former edging out Triple Eight’s Jamie Whincup and Craig Lowndes.

“It’s really good for our little team,” smiled Reynolds after climbing from his Penrite Holden.

“We’ve given ourselves a good opportunity to have a real crack at the race.”

Having qualified outside the top 20 for both races in Adelaide, Wood was surprised at the sudden jump in form.

“I don’t know that it felt anything spectacular but the times just kept coming,” he said.

“Unfortunately we dropped to seventh but being in the top 10 is pretty awesome.”

Although acknowledging that wet weather can throw up surprise results, Ryan told Supercars.com that the performance follows an encouraging Friday for the team.

“Yesterday we probably worked the best we have ever as a two-car team,” he said.

“We went in two different directions and then met in the middle at the end.

“It’s only one qualifying session and the conditions play a part, but it’s certainly positive.

“When you’re starting in the top five the podium is clearly what we’re aiming for this afternoon.

“If we can get Dave up there and have both in the top 10 then that’d be a really good day.”

Erebus is down an engineer this weekend with consultant Aaron Kelly remaining in Queensland attending to damage sustained to his family’s pubs during recent flooding.

Kelly usually works as a data engineer alongside Wood, who has been partnered with rookie race engineer Mirka de Rosa this year.

Italian De Rosa is meanwhile receiving close assistance from Ryan, who took over radio duties following the Clipsal 500 in a bid to smooth communication with the driver.

“Mirka has only been speaking English for 18 months, so I’m basically translating between them on the radio,” Ryan explained.

“He’s still making all the engineering decisions, he’s way smarter than me, but we decided after Adelaide that we needed to make the radio change.

“It’s a tough role and being a new race engineer, it’s hard not to change your tone a little bit in the heat of battle when the adrenalin is going.

“He’ll be fine eventually, but for now we want everything to be as comfortable for Dale as possible.

“We don’t want him to have any excuses like he’s been forced to have for a couple of years.”