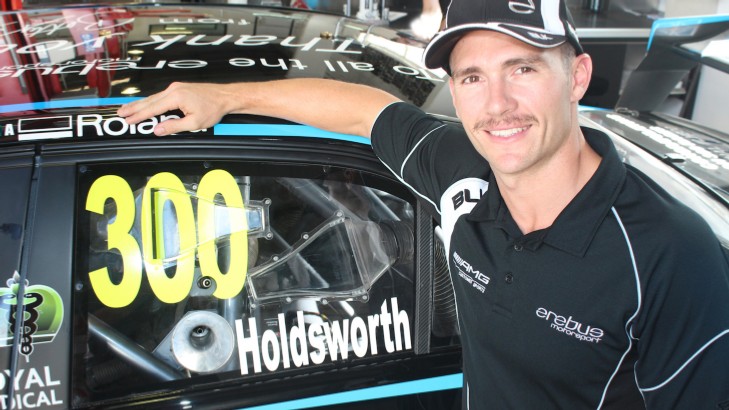 Erebus Motorsport will pay tribute to pilot Lee Holdsworth at this weekend's season-ending Sydney NRMA 500 by converting the #4 Mercedes-Benz E63 AMG to #300 in celebration of his milestone 300th race.

The 31-year-old Holdsworth will reach his landmark V8 Supercars race in the second of this Saturday's two 125km sprint races at Homebush - 11 years on since making his V8 Supercars debut at the 2004 Sandown event.

In honour of his achievement, Erebus has made a special application for Holdsworth's regular #4 car to run as #300 throughout the weekend's racing action, while a unique tribute message will also feature on the boot lid of the car.

Holdsworth said he was proud to be reaching the 300-club and appreciative of the Erebus tribute in what will mark his final race appearance for the team before he moves on in 2015.

"We have plenty to celebrate from my time in the team. I will always remember all our 'firsts' - our first top 10, our first top five, and of course our first win. It's been a fun journey and I have a lot of people to thank for that.

"It's crazy to think that I'll clock up my 300th race in V8 Supercars, and to do it in the last round of the season with Erebus will make it even more memorable.

"I'd love to finish on a high in my final race with Erebus. After the mega effort they've put in over the past couple of years it would be awesome to bring them home another trophy."

Holdsworth has recorded three race wins and 16 top-three finishes in 298 race starts to date, with the highlight of his two-year stint at Erebus Motorsport coming at Winton in April this year when he recorded an emotional and historic first race victory for the team.

"There's no doubt the Winton win was the most emotional I've ever experienced. Not only was it Erebus' first V8 win but also the first win for Mercedes-Benz AMG in V8 Supercars. I was so proud of the team because we'd all worked unbelievably hard and a win was the ultimate reward."

Erebus Motorsport Owner Betty Klimenko said it was nice for the team to be able to pay tribute to Holdsworth's achievement in his final race meeting for the team.

"It's a great achievement that Lee has been able to reach such a significant milestone and we as a team wanted to make sure we paid the respect it deserves,'' she said.

"Its fitting that he is reaching the milestone in what will mark his final weekend racing for Erebus after two great years and hopefully we can end our association on a high.

"Lee has been a big part of the Erebus family since day one and we will never forget his memorable win at Winton, which was a defining movement for our team."

The team has also created a social media hashtag - #LH300 - for fans to participate in the celebration of the landmark occasion.

Tickets are still available for the weekend's Sydney NRMA 500, beginning on Friday. 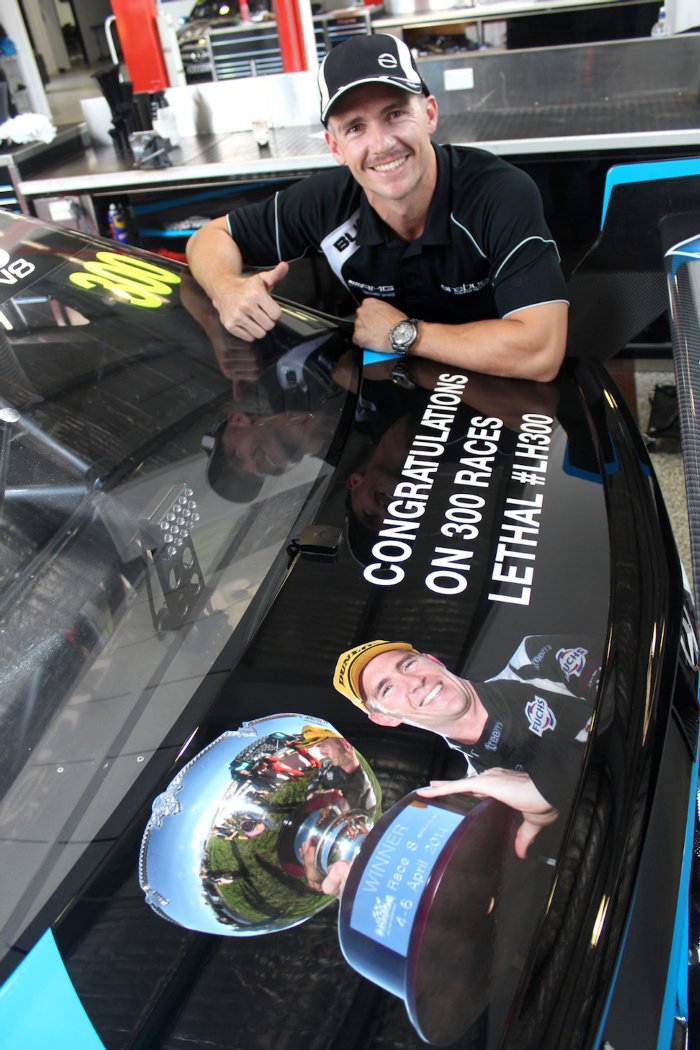