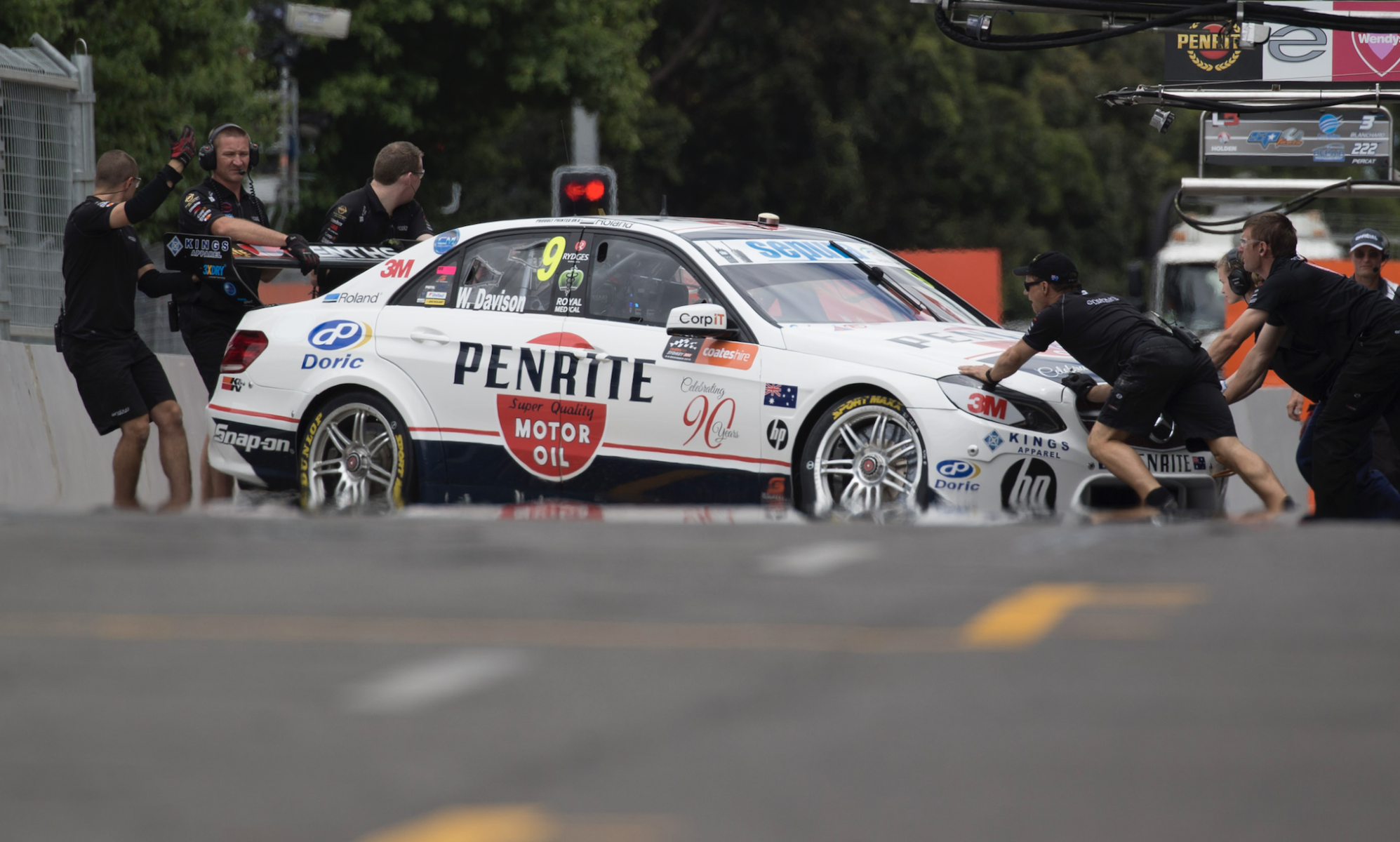 Erebus Motorsport has returned one of its Mercedes E63 AMG Supercars to full race specification ahead of a likely promotional track return later this year.

The E63s have not been seen in public since the end of the 2015 Supercars season, after which Erebus abandoned the three-year AMG project and switched to Holdens.

All four chassis used by the team during its Mercedes era sit in the squad’s workshop in Moorabbin, Melbourne, as well as nine of the M159 5.0 litre V8 engines.

While the quartet are in various states of build, the car that Will Davison drove in Penrite 90th anniversary colours at the 2015 season finale is complete.

It is currently used by the team for its pitstop practice and took centre stage during a recent Penrite customer function held at the workshop.

Erebus general manager Barry Ryan says that, while there are no plans to race the cars again, the ex-Davison example will likely make a public appearance later this year. 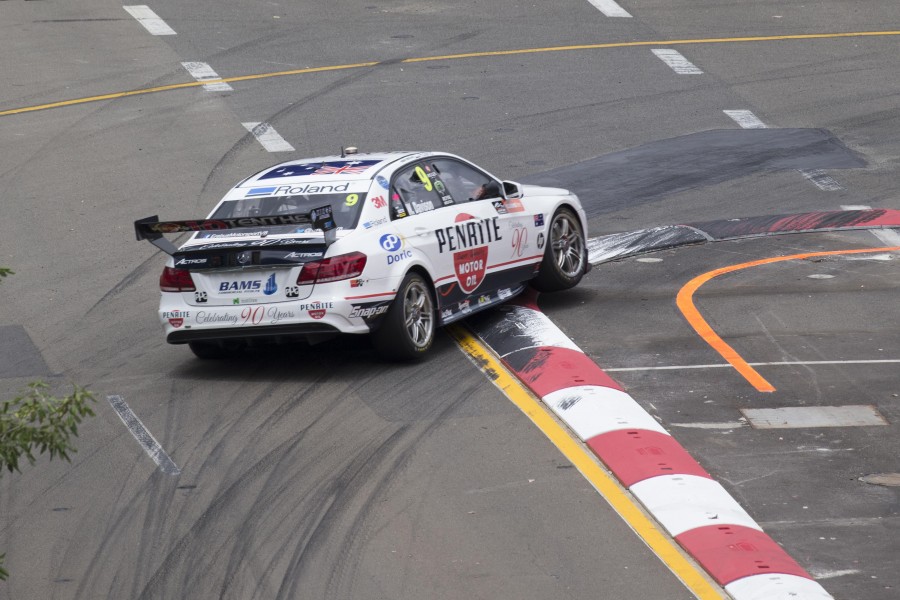 “We put a motor back in it last month to get it ready to go back on the track,” Ryan confirmed to Supercars.com.

“We’ll probably use it at a ride day this year or some event where it will get some interest.

“It’s presented as it came off the track in Sydney, in its Penrite colours, 100 percent complete.”

Erebus' completion of its final Mercedes comes as Garry Rogers Motorsport readies to send its two remaining Volvos to Sweden, as reported by Supercars.com in February.

The customer project saw the then Queensland-based team work with AMG’s motorsport department in Germany to design, build and homologate the E63 Supercar for the following season.

Although launched with much fanfare, the cars won just two races, taking victory at Winton, 2014 with Lee Holdsworth and Barbagallo, 2015 with Davison.

Cost of development and maintenance was blamed for parking the cars at the end of 2015 in favour of buying two Walkinshaw Racing Holdens. 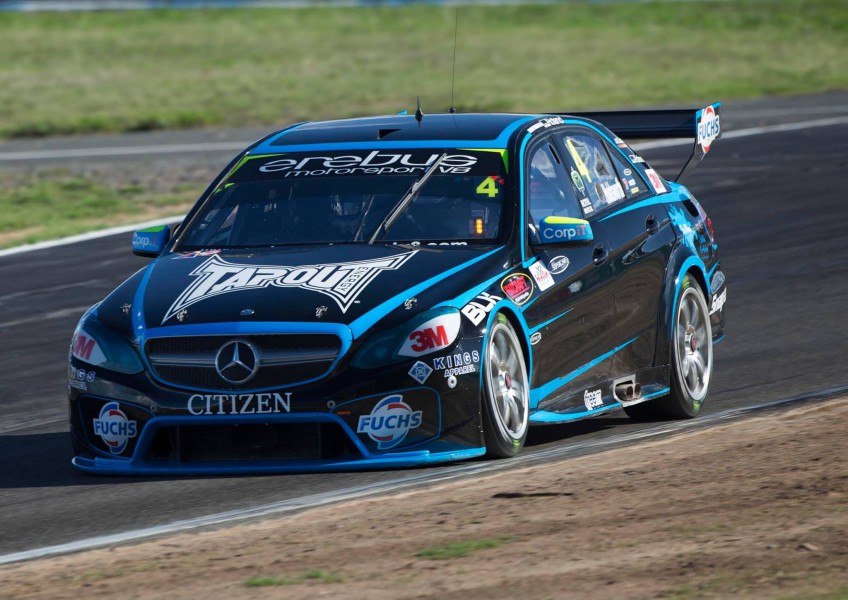 Holdsworth at Winton in 2014

The team has, however, gradually morphed much of the suspension that underpinned the Mercedes into its Commodores.

The anti-rollbar package from the E63s was introduced to David Reynolds' Commodore at Barbagallo last season, replacing the Walkinshaw components.

Erebus later introduced its own front uprights at Sydney Olympic Park that were based on what had been made for and run in the Mercedes.

Ending 2016 with a podium in Sydney, further development of the suspension package has seen David Reynolds emerge as a front-running contender this season.

The current form begs the question as to how the team would be faring if it had stuck with the Mercedes body and engine.

“What we’ve learned since the start of last year just with suspension makes us think we could put a Merc back on the track and be really competitive,” muses Ryan.

“We still overlay some data now and again, or we were last year, and there was never a problem with the speed down the straight.

“It’s just in the middle of the corner it was slow and the drivers couldn’t get on the throttle properly.

“I think towards the end of 2015 it was a set-up thing that was lacking and when you look at that it is a shame. 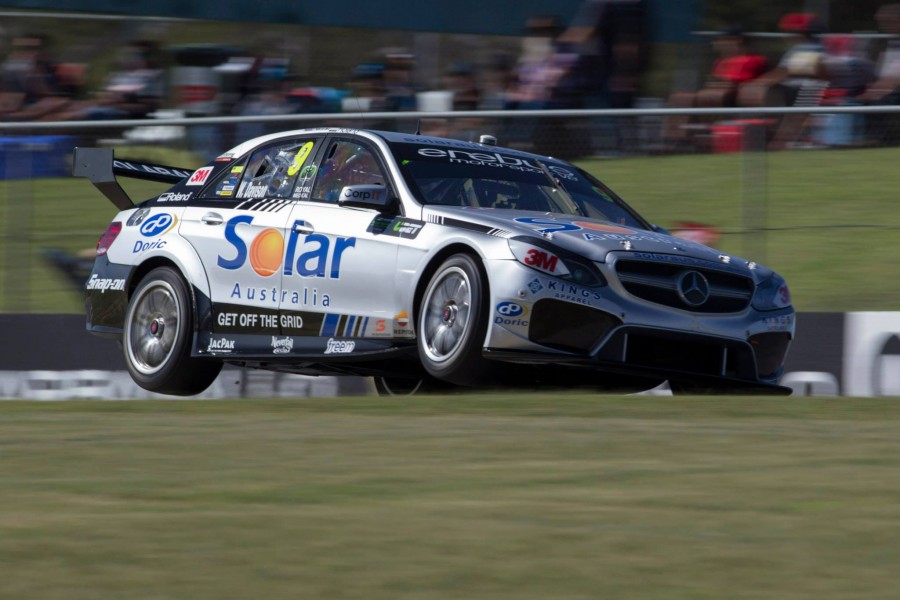 “But the facts are that we were never going to be able to justify further development on the engine and making it all work without at least the manufacturer’s tick of approval.

“The next steps were going to be expensive, but long-term fixes. We’d just got a crankshaft from the States that was a lot cheaper than Germany.

“Conrods and pistons, it could have made everything cheaper, but it’d be $500,000 to $1 million to get all those parts together and have them homologated.

“It was a long journey ahead. It needed a five-year commitment to recoup all that and with Gen2 coming it was hard to make that commitment.

“We definitely don’t regret the decision. Betty would love to have her Mercs on track, but from where we’re sitting right now justifies the decision.”

Erebus is hopeful of upgrading to the 2018 Commodore body for the start of next season but, like many of its rivals, is awaiting confirmation of panel availability from Holden and Triple Eight.

Constructing its first in-house Commodore over the recent off-season, Ryan affirms that the team is already planning the build of its next chassis and has no intentions of converting any of its Mercedes to Holdens.

One of the four E63s was built as a Ford Falcon by SBR in 2012 before being reborn as a Mercedes and pressed back into service two years later.